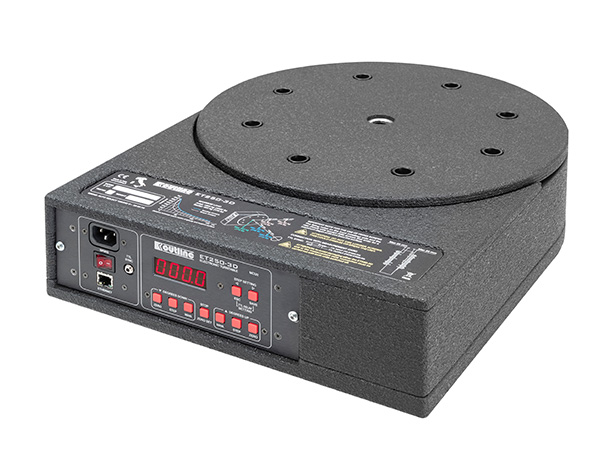 Outline introduces ET System, a turntable controlled via computer. The idea came from Guido Noselli, the company’s founder, and was initially intended for in-house use, in order to facilitate measurement of the polar dispersion of the firm’s loudspeakers.

In fact, this device became the most sought-after work tool for (well-known and lesser known) competitors and the world’s most famous sound designers, as well as multinational companies such as Apple, Microsoft, Amazon, Samsung, Siemens, Huawei, Nokia, Philips, Pirelli, Bose, Harman International, Pioneer, Martin Audio, Genelec, Infinity, AKG etc. (the long reference list available on request speaks for itself), not to mention authoritative institutions such as MIT (Massachusetts Institute of Technology) and Synergetic Audio Concept – to give just a couple of examples – and many Universities teaching acoustics worldwide.

The new Outline turntable is one of the first measurement systems able to be used in an “open platform” context. Great care has been taken with the product’s “usability” as far as its end users and the software able to control it are concerned. In fact, ET250-3D is fitted with an input/output communications port based on TTL signals.

Some software on the market is able to control it by means of sync signals based on this standard. The new turntable is fitted with a network interface in compliance with TCP/IP protocol standards. The remote control software supplied with the turntable was also entirely developed in Outline’s laboratories. Remote control is via Ethernet (or Internet) with TCP/IP protocol.

More precisely, by means of this communication protocol, users can develop software for controlling their own measurement instruments; at the same time it is therefore possible to synchronize measurement with the mechanical movements of the turntable. As if that was not enough, Outline provides an additional service that consists in supporting software developers with a DLL (dynamic link library) that facilitates interfacing with the turntable.

In this case, there’s no need for control software, but software developed by third parties can interface directly with the ET250-3D. By using the functions implemented in the DLL, not only it is possible to have remote control of commands such as Forward, Back and Stop, but also to set all the variables controlling the turntable itself, such as delays, network addresses etc.

The TCP/IP network protocol enables to control several turntables simultaneously. This feature is extremely useful for loudspeaker enclosure designers, as by using a structure that allows two turntables to be mounted (one in a horizontal position and one in a vertical position), it enables to produce a 3D balloon in a single work session.

This results in enormous time saving and greater precision in measurement logistics. 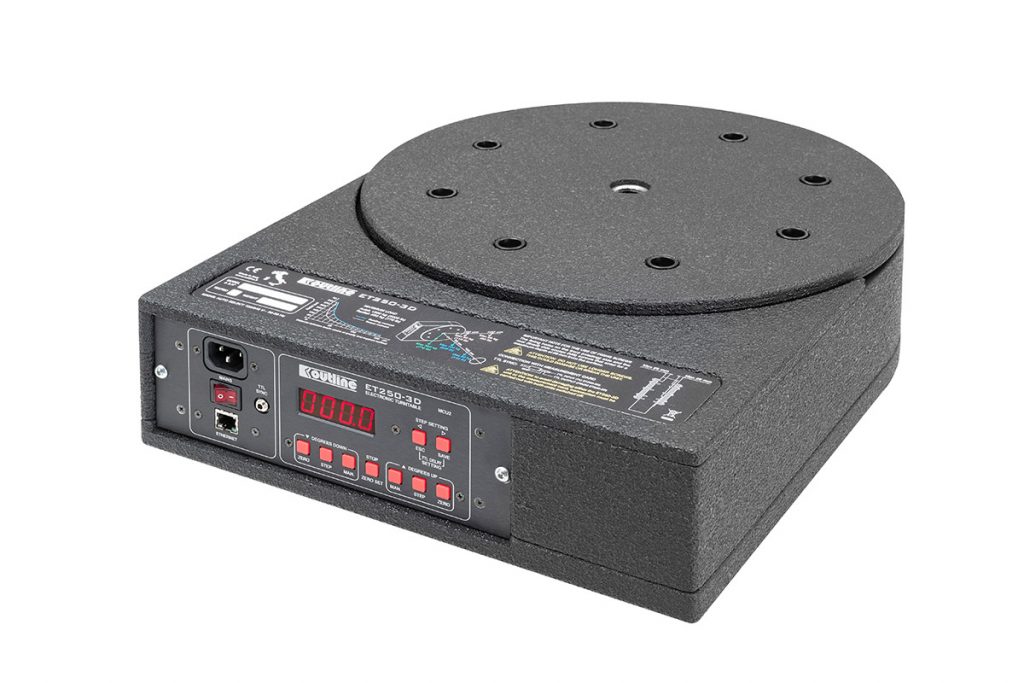 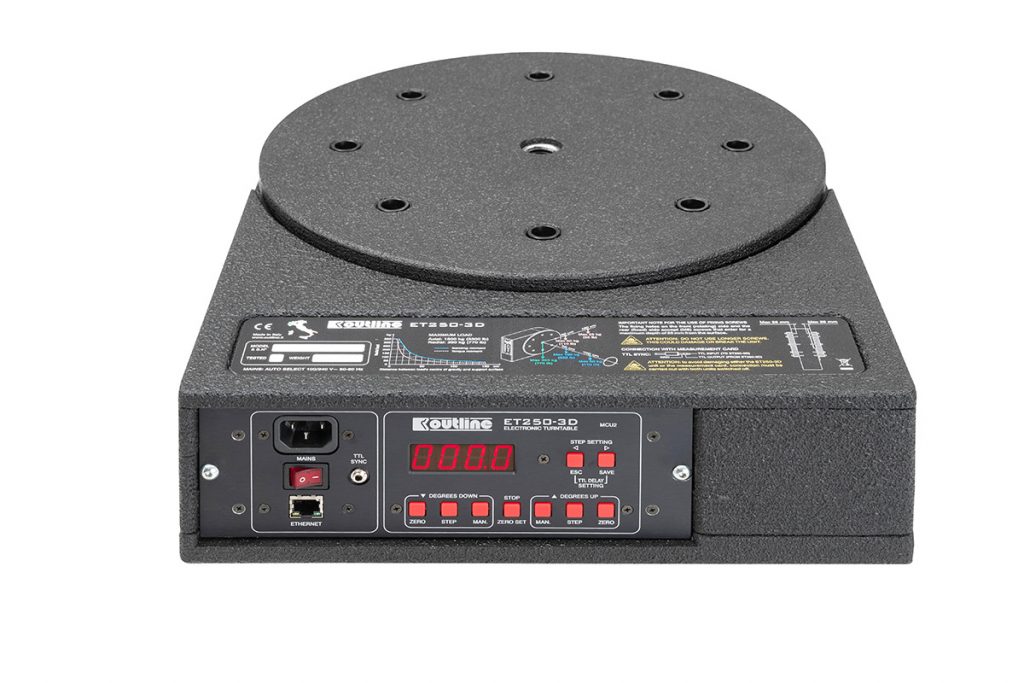 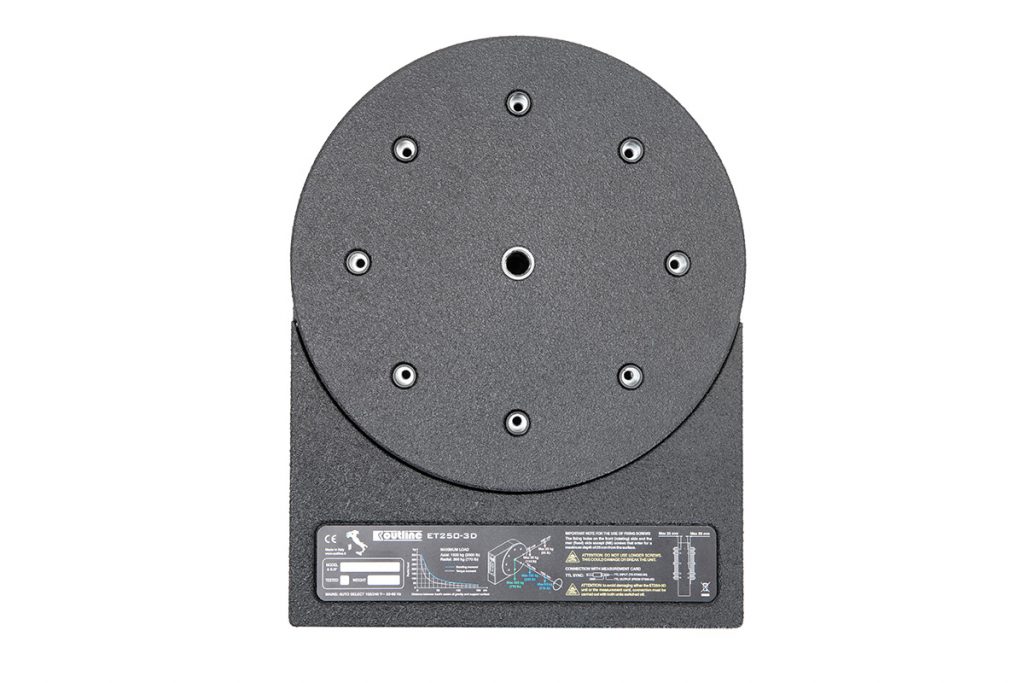 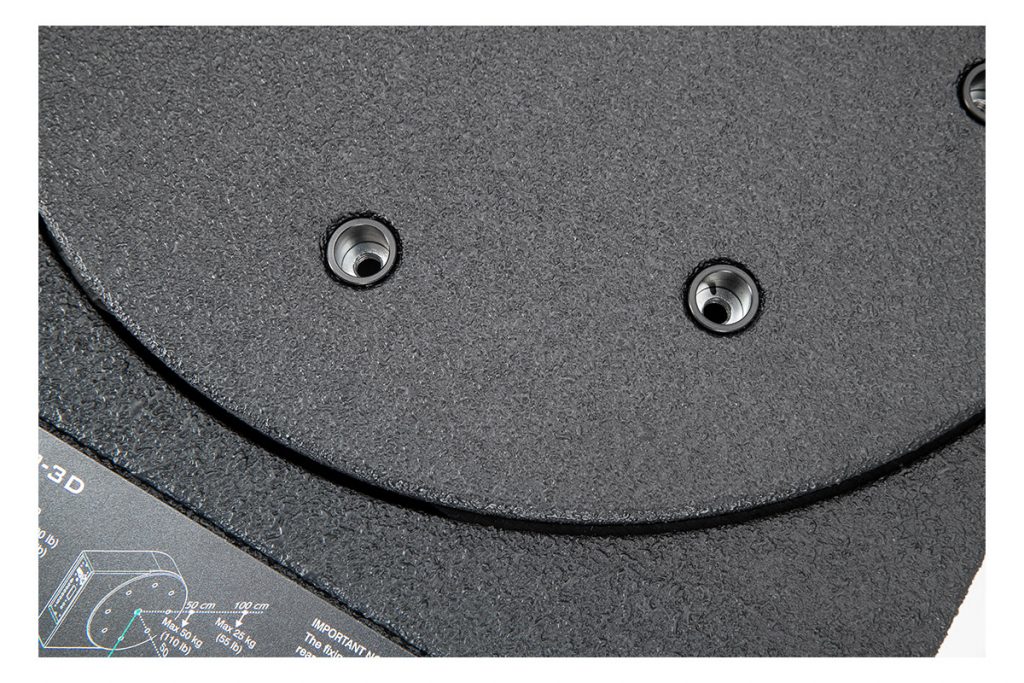 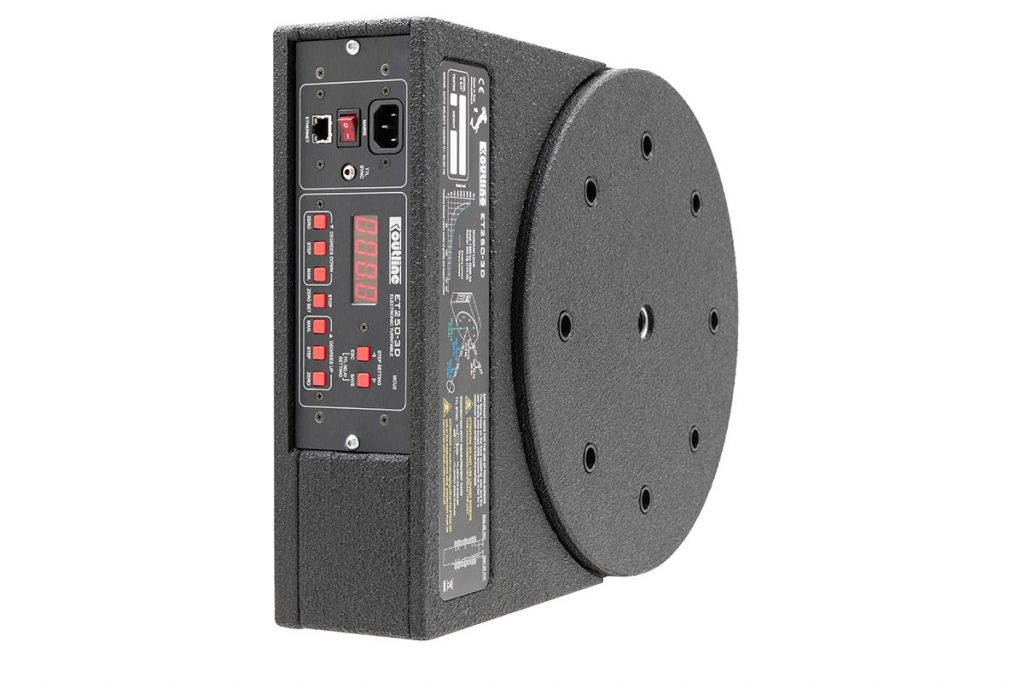 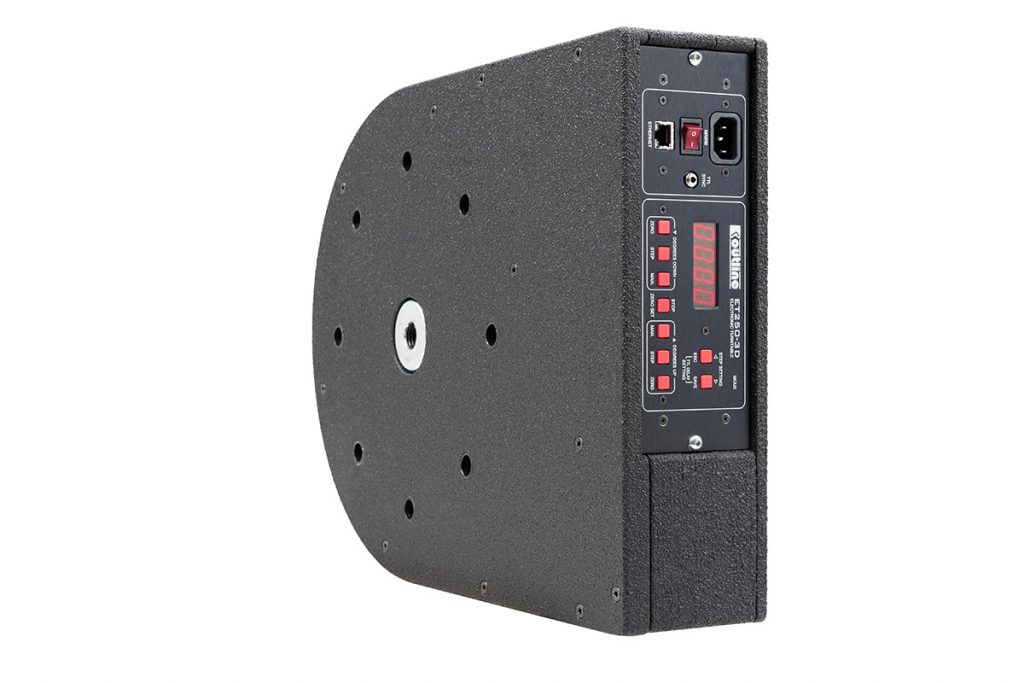