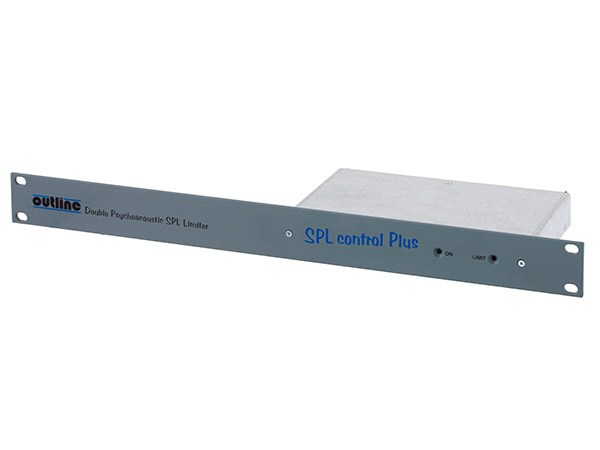 SPL Control Plus is a twin stereo signal limiter which can be put to very effective use when it’s necessary to keep the sound emissions of sound reinforcement systems under control in situations in which the problems are not particularly complicated: for systems in venues such as Pubs, Restaurants, Bars and public venues in general SPL Control Plus is the ideal solution.

SPL Control Plus is the first “brick” because, thanks to a simple updating kit, it’s possible to integrate it at any time with the SPL Domina System: this safeguards users’ investments in the event of it being necessary, for any reason to change over to more sophisticated control functions, such as those offered by SPL Domina. For the simple requirements regarding systems

like the aforementioned, which do not generally require numerous articulated interventions to comply with limits set by law (as on the other hands is always the case in discotheques), a unit with just a limiter function is sufficient for the purpose.

But to achieve good acoustic results, even if easily installed and calibrated, a unit which doesn’t let itself be heard is needed. Outline’s SPL Control Plus is a “zero psychoacoustic influence” limiter because, thanks to the circuitry adopted with two daisy-chained stereo limiters with optimised parameters, it manages to psychoacoustically mask its intervention even when the music program requires drastic action.

It’s normally connected between the output of a mixer and the input of an amplifier (or an electronic cross-over in the case of multi-amped systems). SPL Control Plus, which is contained in a small sturdy painted aluminium frame, has balanced inputs and outputs, intervention regulation trimmer and LED indicators which show when the limiter is on and when it has tripped. It is supplied with a tamper-proof front panel (1 rack unit) and a device which locks the connectors on the rear. 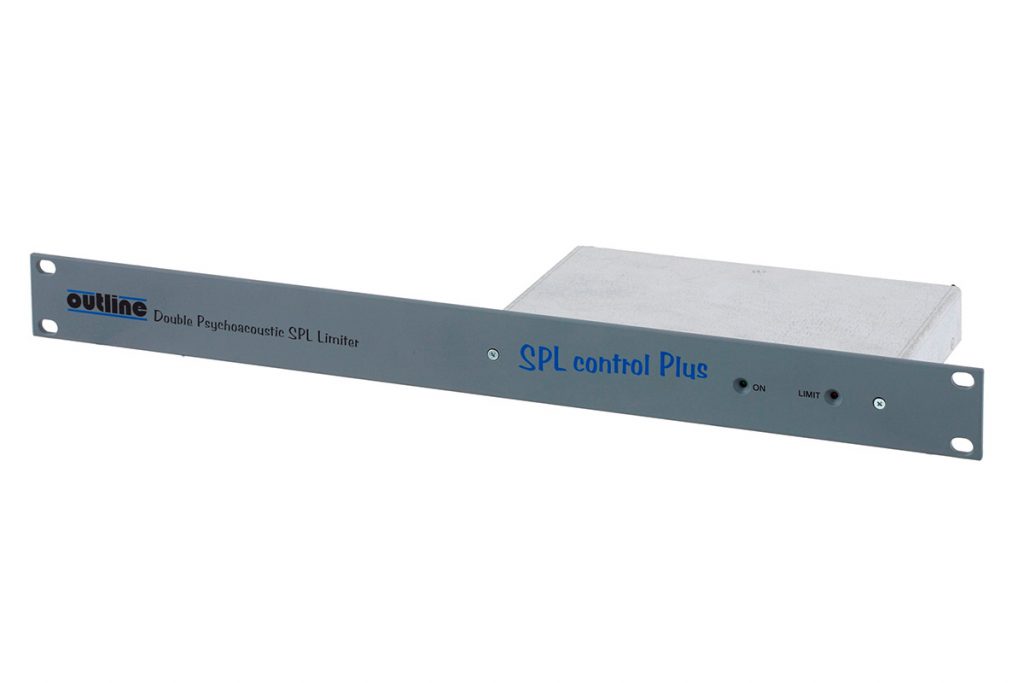 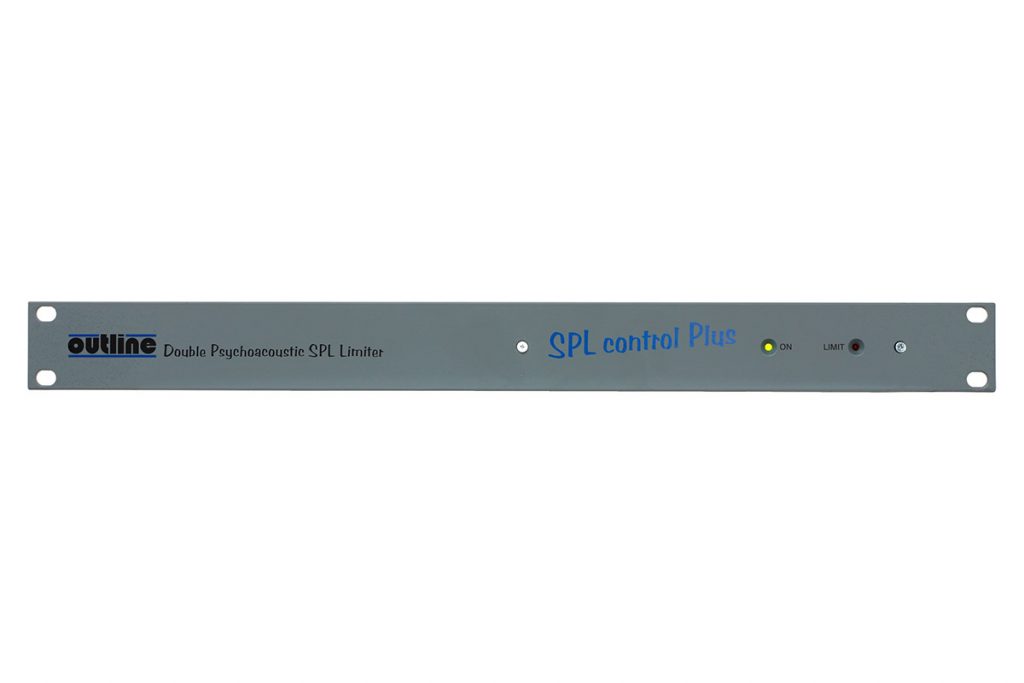