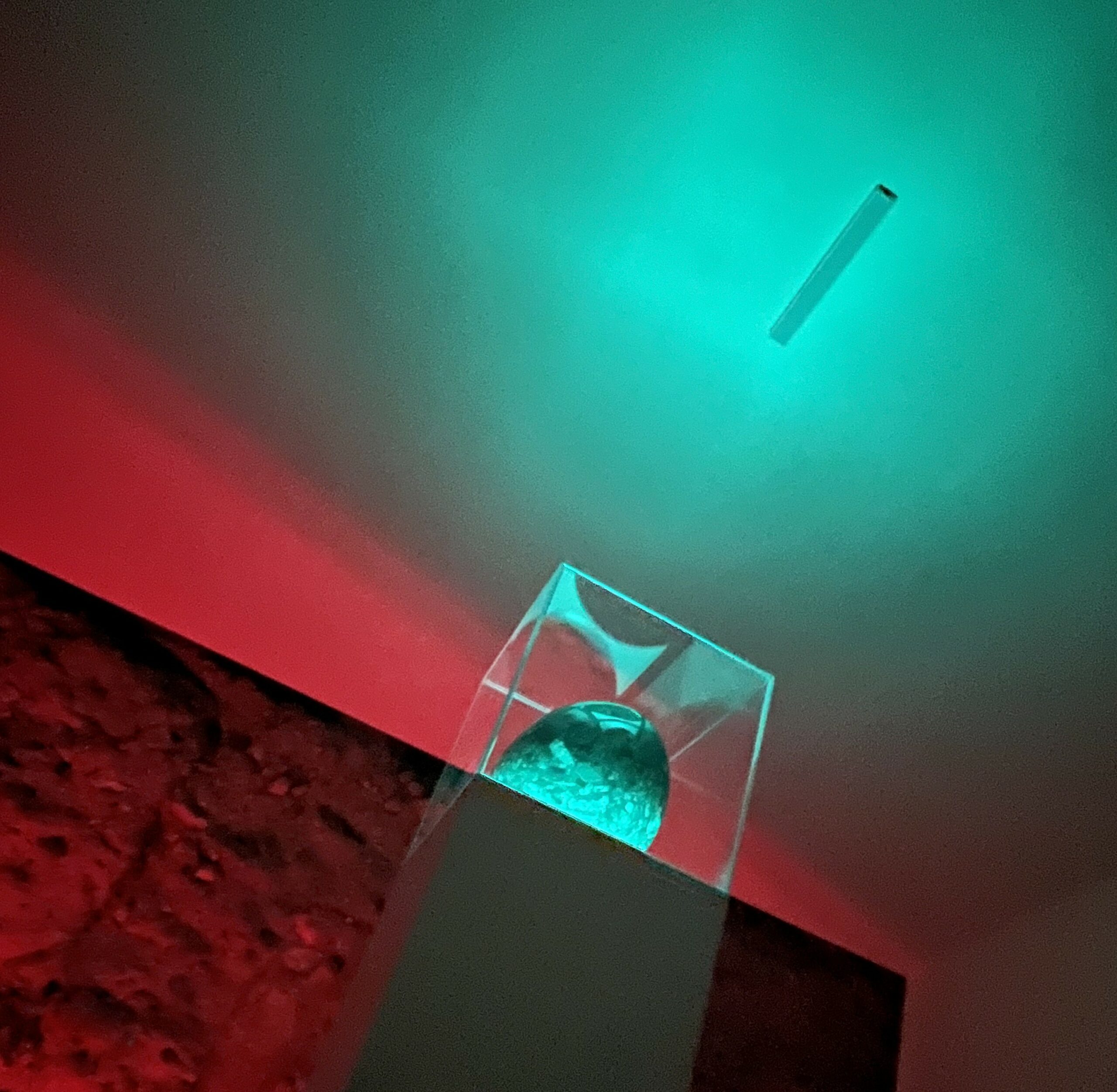 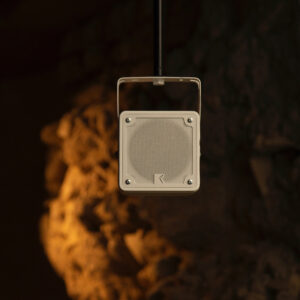 ROME — Located in the heart of ancient Rome, within the historic Palazzo Roccagiovine, FOROF is an exhibition space which uniquely combines the archaeology of the ancient city with contemporary art. The venue is right in front of Trajan’s Column and is a two-level space which features subterranean rooms that allow visual access to coloured marbles and the flooring of the Basilica Ulpia, in addition to the remains of the eastern apse.

It was created by, and is managed by, Giovanna Caruso Fendi and its inaugural exhibition (‘Lovotic’) took place in the first half of 2022. Lovotic illustrates the blending of human and machine, with narrative voices intersecting and being reprocessed by an algorithm, resulting in a composite and unprecedented language somewhere between human and robotic. The event relied on an immersive sound installation created by New York-based Soundwalk Collective who used a range of Outline products throughout the various spaces.

Founded by Stephan Crasneanscki, Soundwalk Collective is an experimental sound collective which operates in a constantly rotating constellation of sound artists and musicians. Its approach to composition combines anthropology, ethnography, nonlinear storytelling, psychogeography, observation of nature and exploration of recording and synthesis techniques. The source material for its works is always related to specific places, natural or man-made, and requires long periods of study and fieldwork. 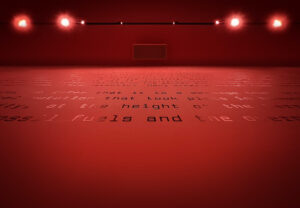 “The audio program played is quite peculiar: experimental, ambient, abstract and minimal electronic music alternating with whispers and rants referring to the theme of the exhibition” explains Pierfrancesco d’Aloisio, Outline’s System Engineer who oversaw the entire project. “The whole underground area has been equipped as an immersive sound field in order to capture the visitor and guide them through the path.”

Pierfrancesco continues, “The macro area was divided into small zones with a corridor connecting rooms or alcoves, each of them with works of a different nature (sculptures, paintings), and then ending in the large underground hall of the archaeological excavation. The sound designers’ idea was to have an immersive experience with a multi-track program so almost all the speakers had their own exclusive signal.” 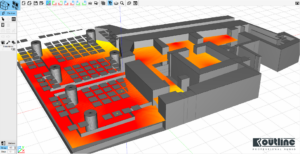 Outline Openarray 3D – the acoustic modelling software used for the FOROF project. “It has to be said that we did a lot of work with the artists before arriving at the final positions, rehearsing on site with various placements, then choosing the solutions that turned out to be most efficient and technically correct,” – comments Pierfrancesco.

“Before defining the final speaker locations, we discussed what were the requirements and the effect we wanted to achieve and then convey to the public,” continues Pierfrancesco.“The first version of the project envisioned a ‘mixed’ use, with a combination of Ai and Charlie 4 columns. After various developments of the project we decided to use nine Charlie 4’s in the archaeological excavation while six Ai41’s were used in the antecedent area.” 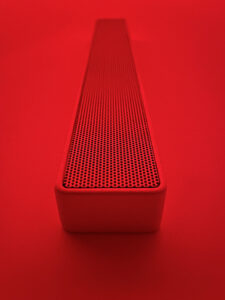 “The individual loudspeakers were chosen on the basis of the program to be reproduced in the various spaces, with the tightly-controlled vertical directivity of the Ai41 column speakers guaranteeing an excellent result given the low ceiling height and the size of the spaces. They were also very unobtrusive yet still delivered the sound quality that’s typical of Outline products. The area before the excavation was very well lit, so the ability to hide them away was essential, made easier by the mounting method which is completely hidden when the magnetic front grille is in place.”

The sound design required the archaeological area to achieve a higher SPL than the other sections. It was not possible to wall-mount loudspeakers there so Charlie 4 units were mounted on rods fixed to ceiling cubes and placed at different heights, oriented towards the walkway in order to achieve proper coverage. Their unusual conical directivity also allowed the sound within that space to be focused with perfect definition and clarity.

The AS6 subwoofers were positioned under the walkway along the archaeological excavation and in the corridor. The only exception was a single sub at the entrance, which was mounted on the ceiling facing downwards, using the same clever mounting system as the A Series. 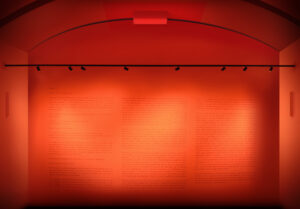 “It has to be said that we did a lot of work with the artists before arriving at the final positions, rehearsing on site with various placements, then choosing the solutions that turned out to be most efficient and technically correct” concludes Pierfrancesco. “Soundwalk Collective were particularly impressed by the result, which was very good to hear, given the sophistication and diversity of their creative vision – only faithful reproduction of the original source material could achieve that vision in a physical location, especially where design and aesthetics are particularly important.”

FOROF’s creator Giovanna Caruso Fendi commented, “The installation of Outline’s technical products could not disregard the absolute respect for the archaeological area of the Basilica Ulpia on the underground floor of the FOROF spaces. The archaeological remains of absolute historic-artistic importance were enhanced by the presence of a high-performance sound system that enabled the creation of a dialogue between archaeology and contemporary art, embracing FOROF’s mission.” 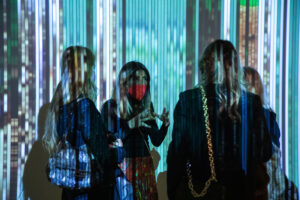 Giovanna Caruso Fendi with her guests during the opening

“The choice of Outline as sponsor was determined not only by the quality of the technical products on offer, but also by their professionalism and availability. Moreover, Outline had already collaborated in the past with Soundwalk Collective, the experimental sound collective on show during the first season of FOROF, helping to convey their ideas of cooperation and artistic collectivity through site-specific installations.” 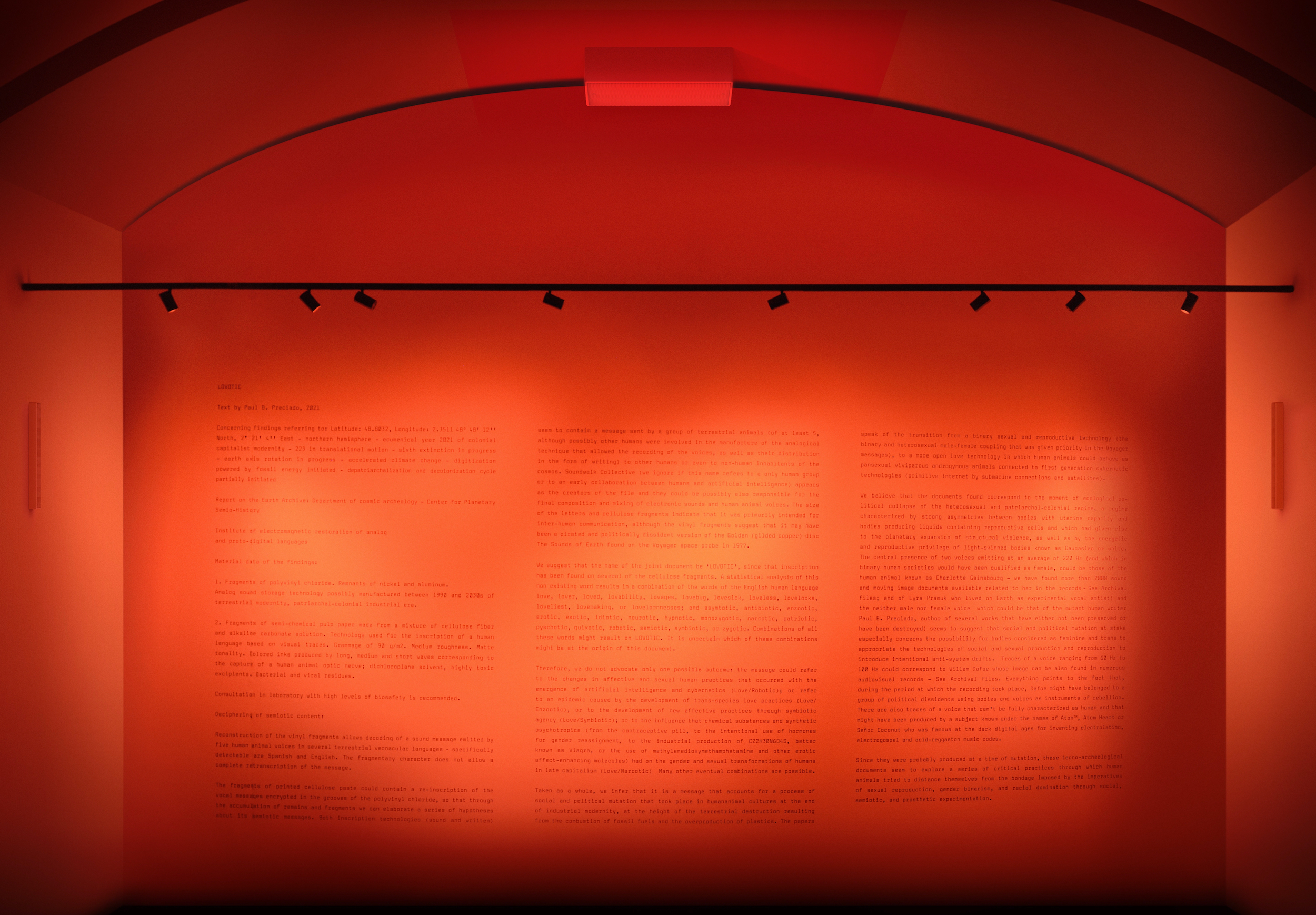 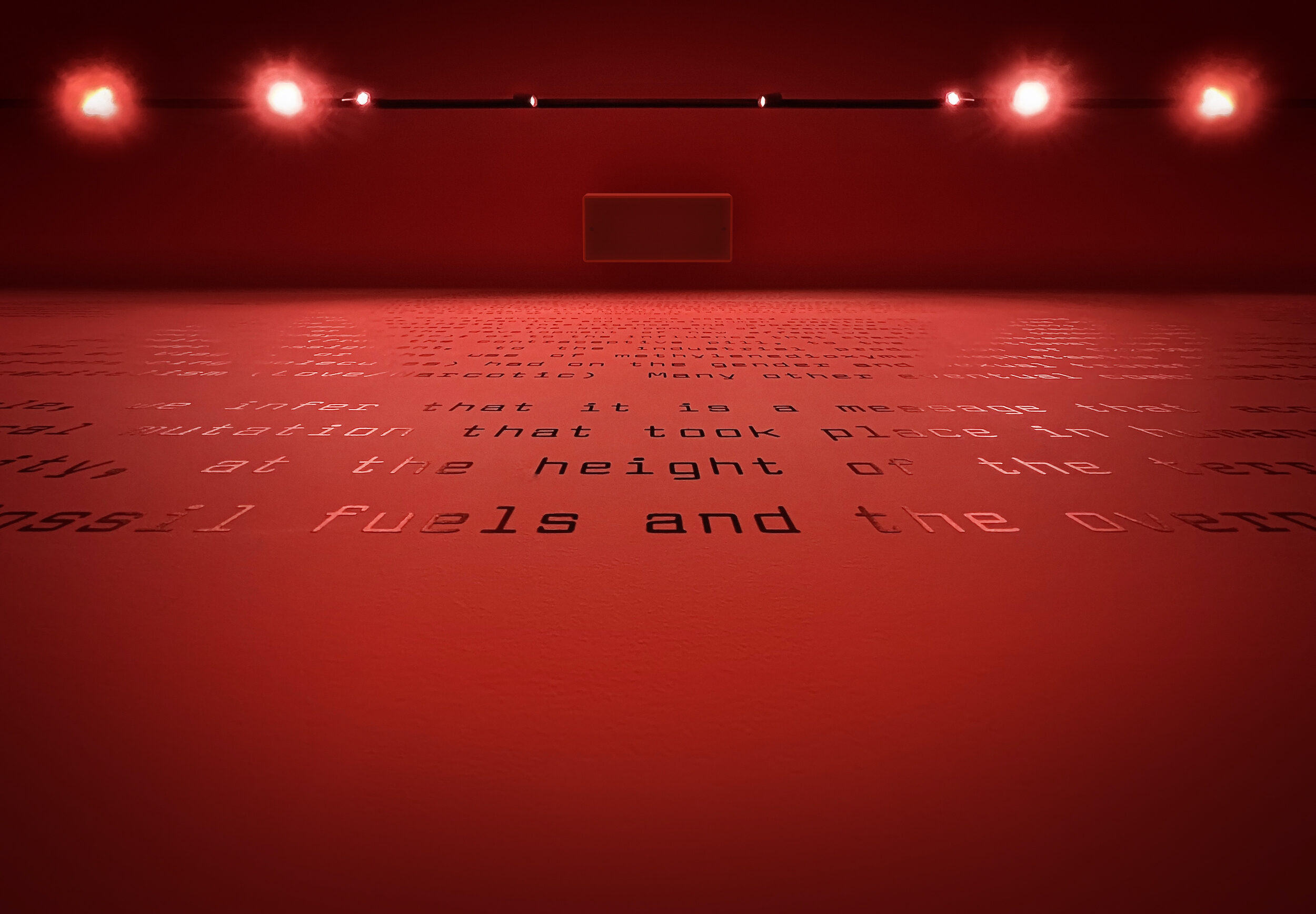 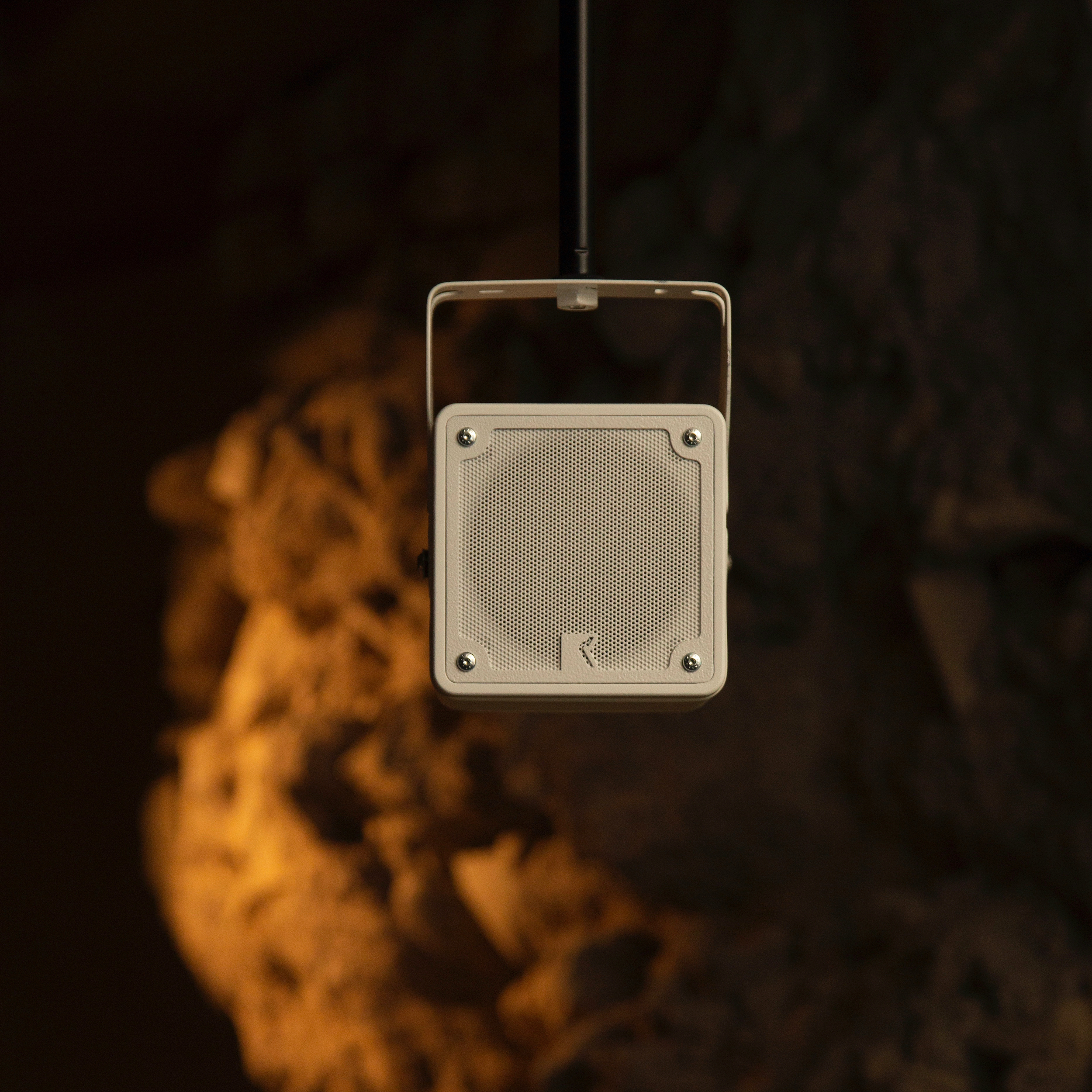 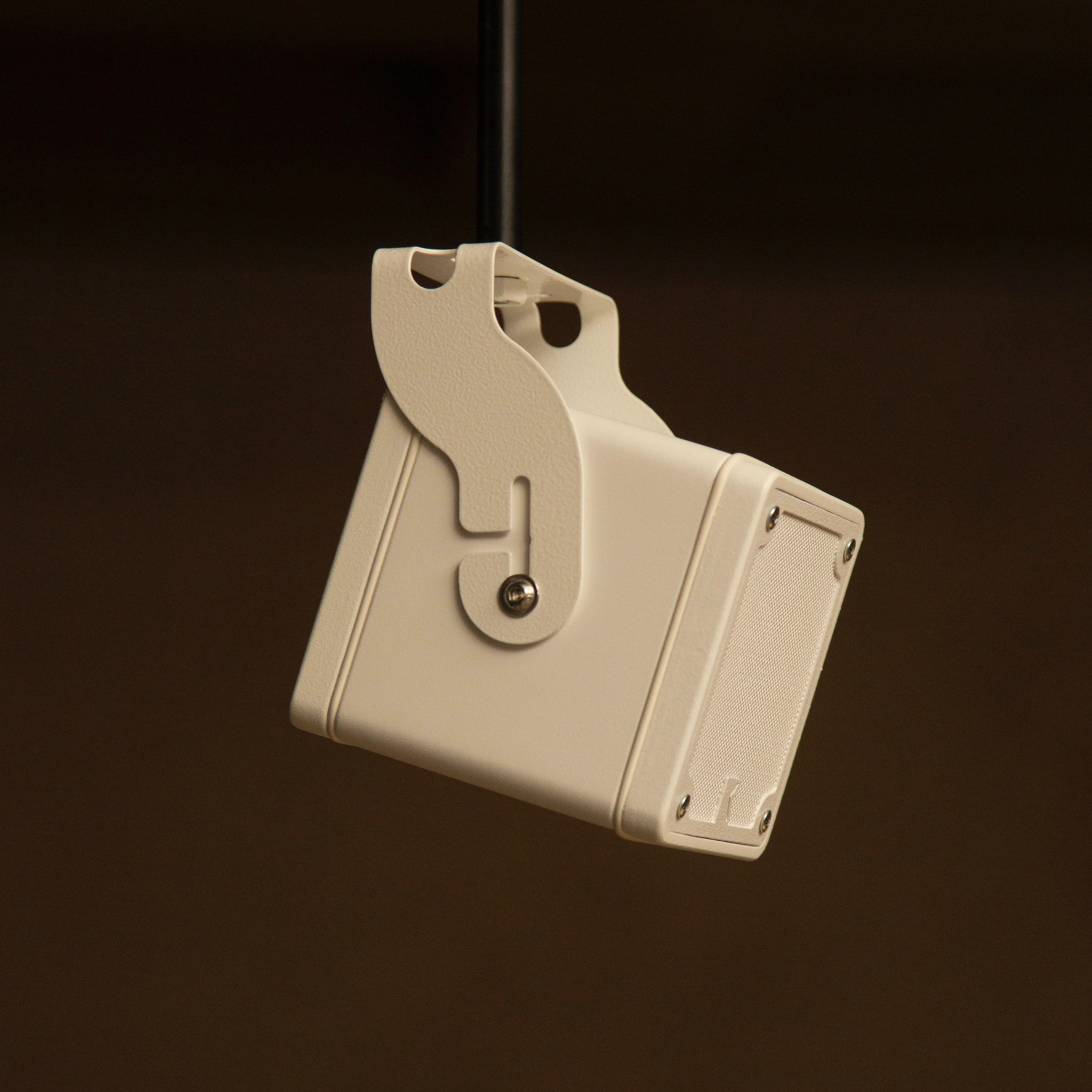 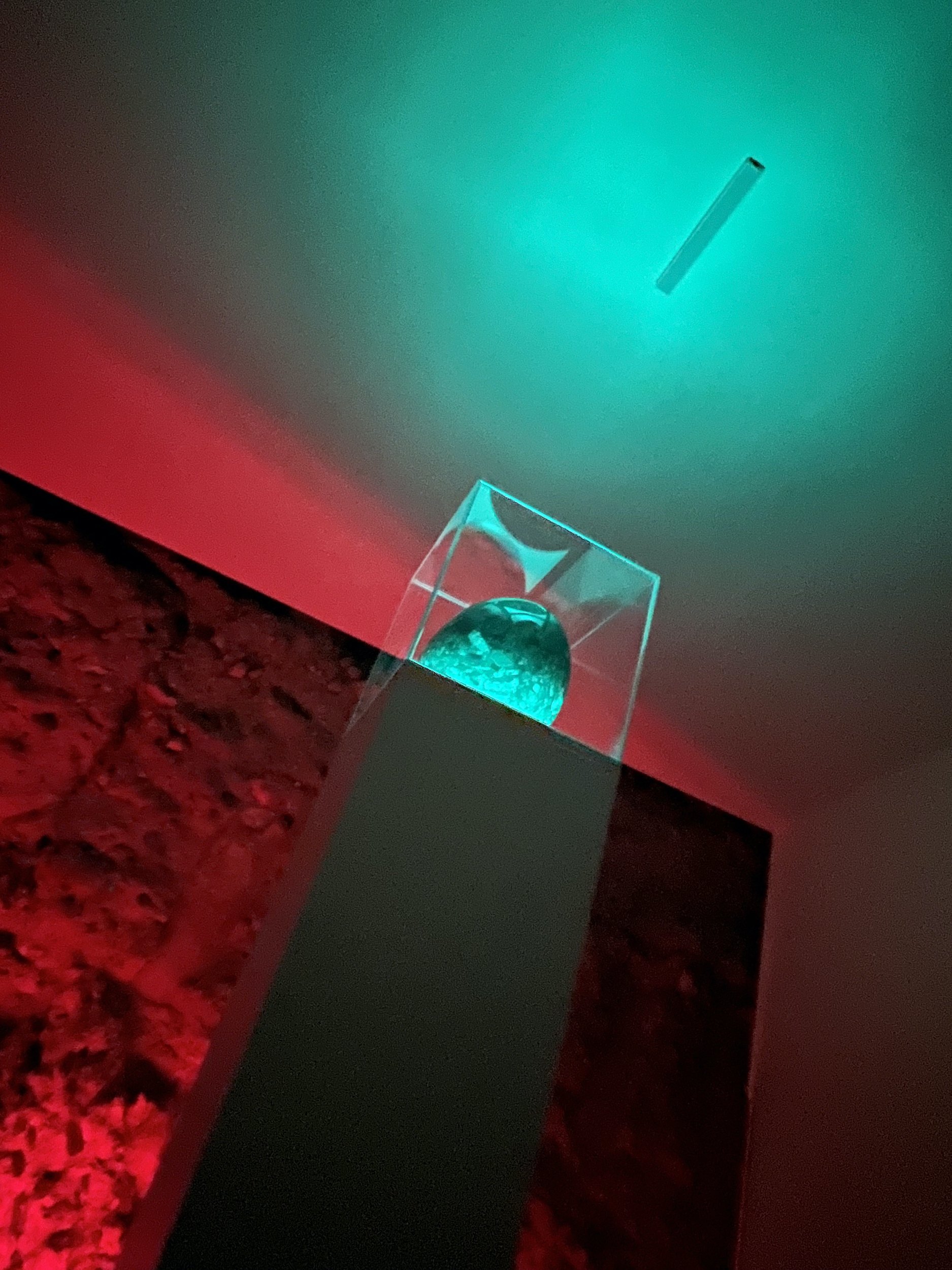 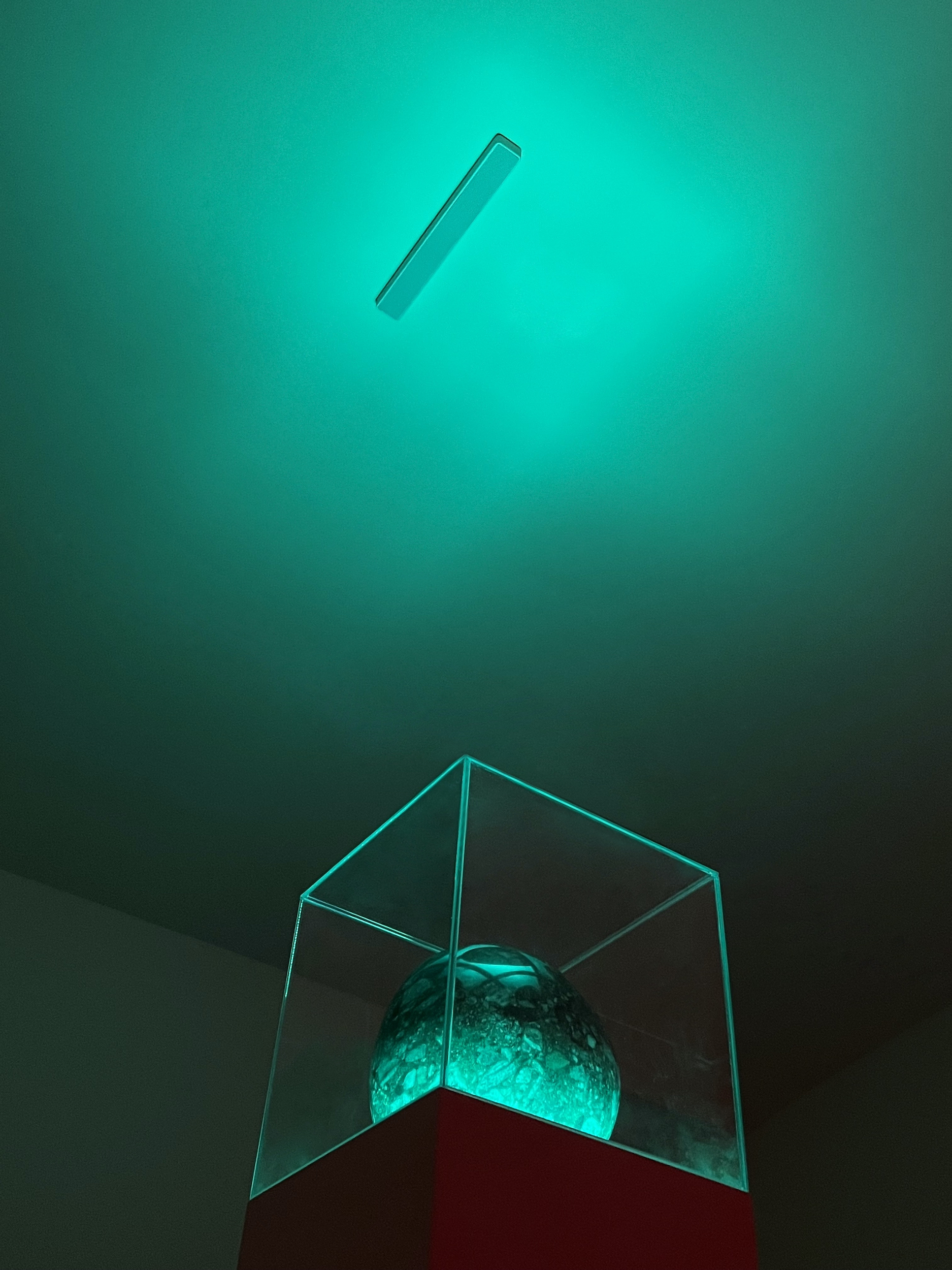 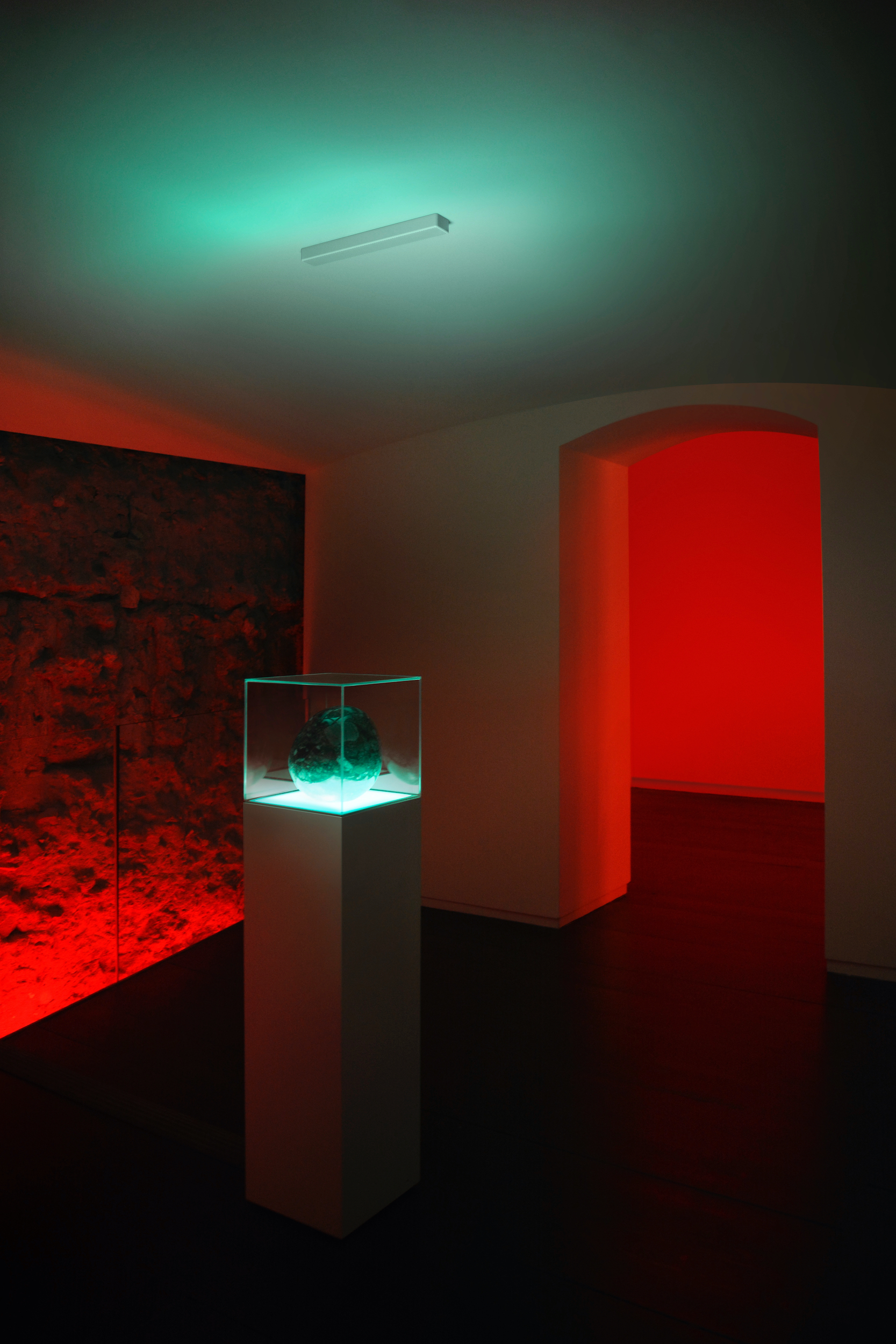 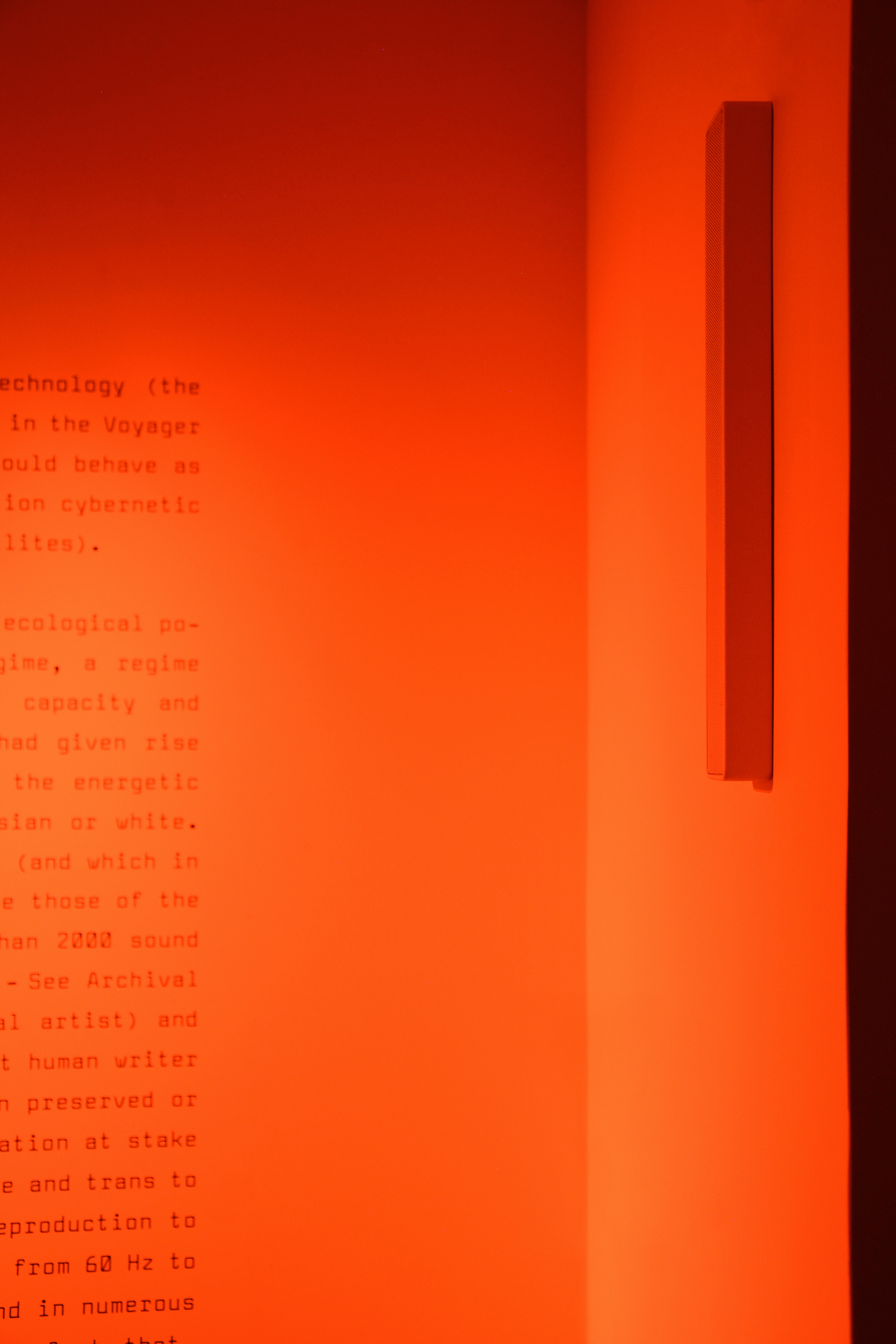 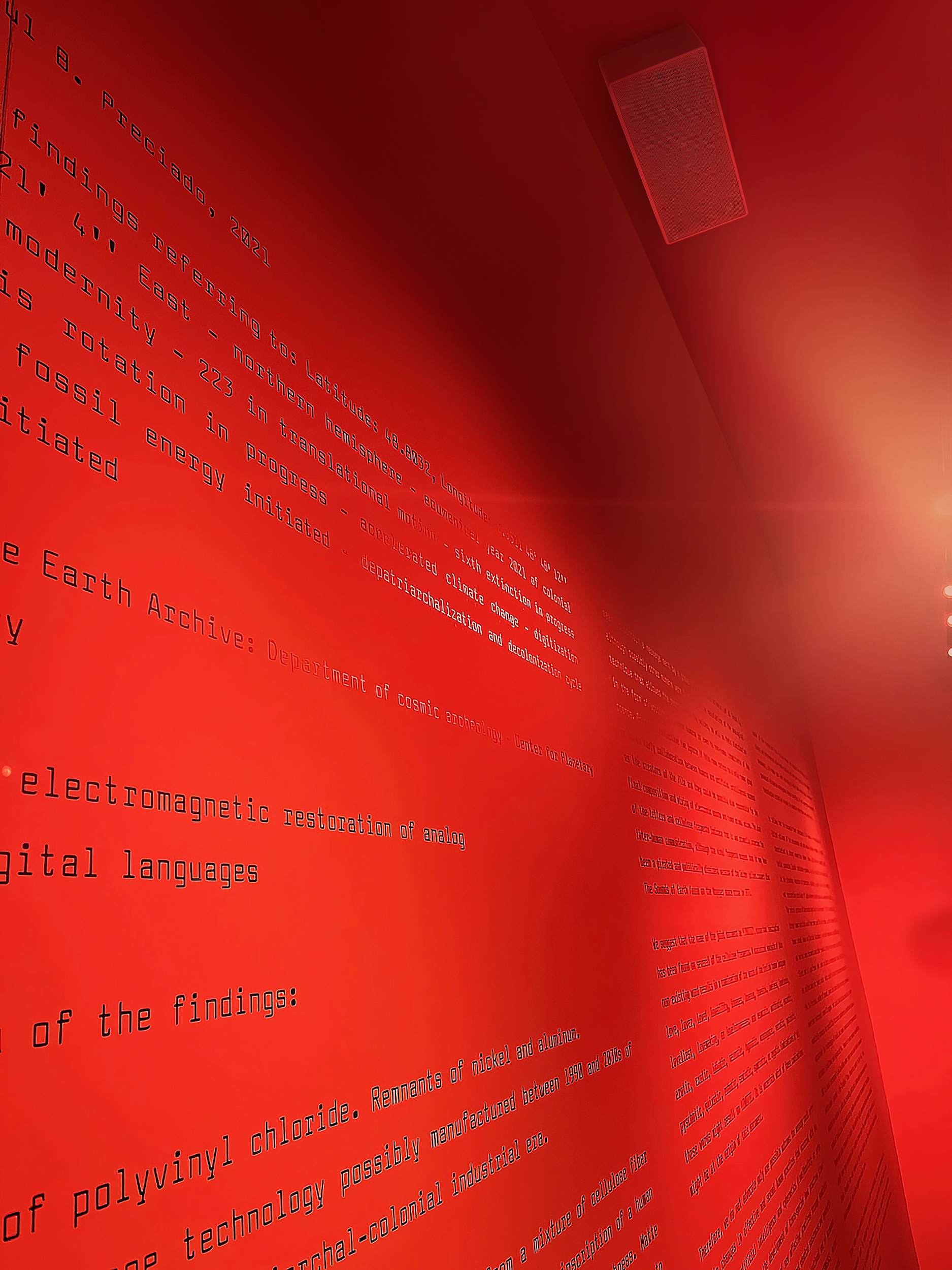 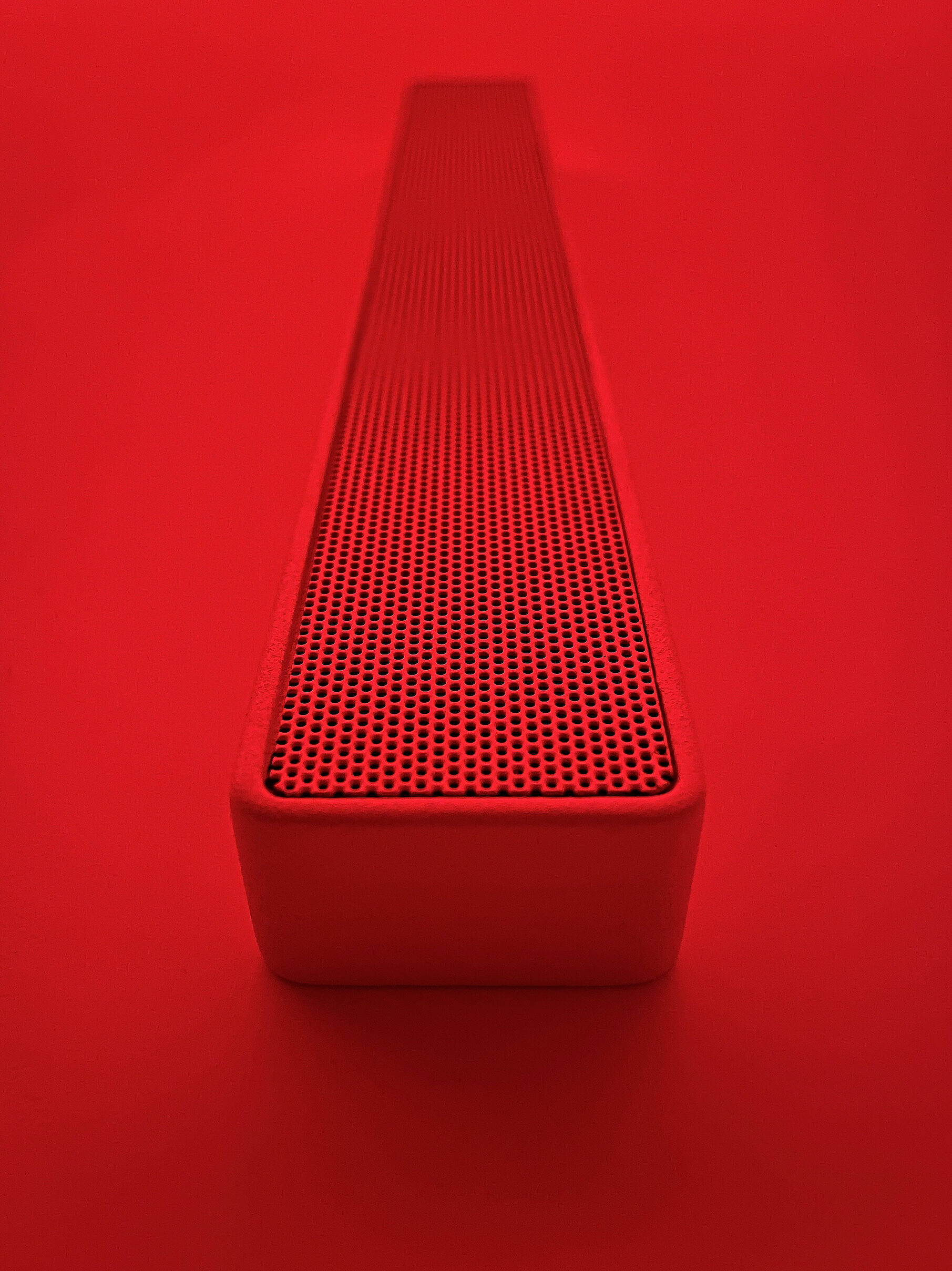