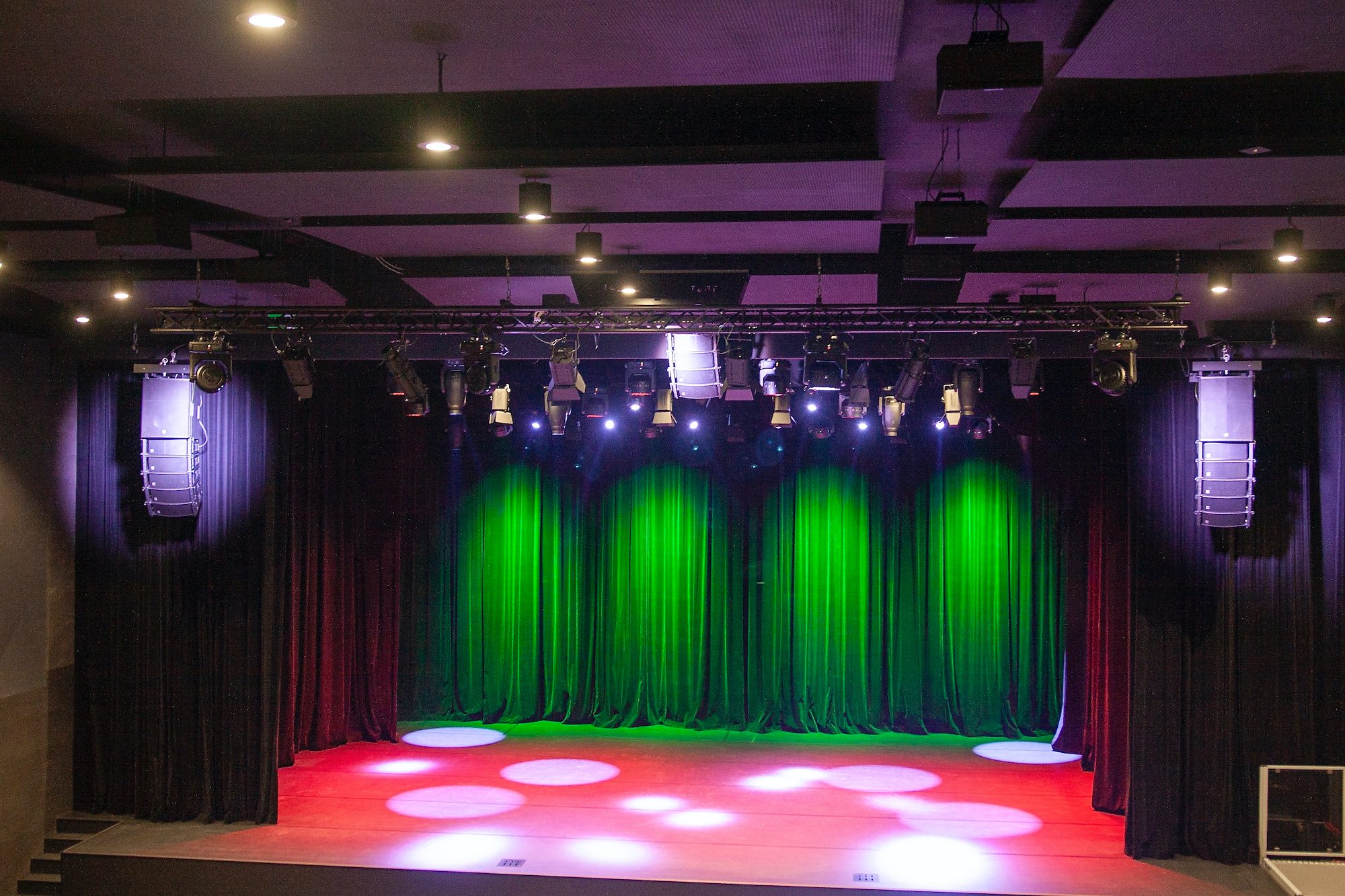 Hybrid flexibility in the spotlight at Polish multi-purpose venue

Outline systems switch between concert, theatre and film projection “at the touch of a button” 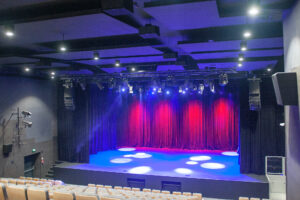 Poland — The CEKiS Culture and Art Centre in the city of Skierniewice, in the central Polish province of Łódź, recently completed major renovation, begun in 2019, just prior to the pandemic. The new project’s complete redesign of the facility resulted in a 300-seat multipurpose culture and art centre for concerts, theatre shows and film projection.

The tender was arranged in a “design and build” model, allowing contractors to submit proposals for a design and equipment solution, instead of an ‘enforced’ list of equipment, as in many cases. 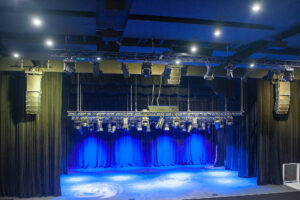 Project leader and technology consultant Piotr Lugowski, CEO of Warsaw-based MBS, states, “Thanks to that, when MBS was invited to design and deliver the technological solution, we were free to propose the client a custom set-up that includes a ‘hybrid’ electroacoustical system, capable of ensuring top quality concert sound as well as premium cinema sound – all in one system and managed by a top industry [FPGA-based] audio processor: the Outline Newton.”

The Outline [L-C-R] sound system comprises ten Eidos 265 as L-R FOH, with two FlySub 15 companion subwoofers, two Sub 218 for FOH and concerts as LFE channel (part of the hybrid solution), four Eidos 265 as a centre channel array for cinema and immersive sound, twenty FX101 for the surround and ceiling as 5.1 and 7.1 surround and Atmos® / immersive speakers, three Vegas 24 as front fills and six iSM112 as stage monitors. The set-up was controlled and processed by a Newton processor and a Dolby CP950a cinema sound processor.

Lugowski continues “The client chose Outline products after a presentation and intense tests during two days of concerts at the 2020 Rock May Festival organised by the city of Skierniewice. The performance and quality of the Eidos 265 system impressed CEKiS sound engineers and they requested it as the main FOH system. During 2021 we designed a solution with support from Dolby to create a hybrid electroacoustical system at CEKiS, which enabled to switch with a ‘push of a button’ from FOH for concerts to Atmos® cinema projection and immersive theatre plays, according to requirements. This configuration, which utilises the Outline line array system (Eidos 265) as front L-C-R for Atmos® cinema has been approved by Dolby, which makes it unique. The quality of the Outline system outperforms many other solutions offered to the client before and, when used with the Newton processor, provides robust very hi-end quality sound solutions for any type of present-day concerts and cinema projections, but also for future formats focusing on immersive sound.” 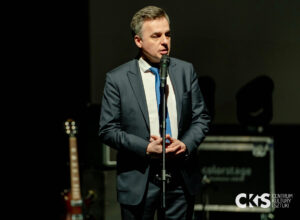 As well as the Eidos 265 system’s quality sound during the tests, the second aspect that convinced the client was the possibility of expanding the FOH system into a hybrid solution able to support 5.1, 7.1 and even immersive formats such as Dolby Atmos®, with a one-brand speaker format guaranteeing coherent top-grade sound. One of the most challenging problems during this project was the pandemic situation which impacted the time frame several times and the project was finally completed by the general contractor almost a year later than originally scheduled. 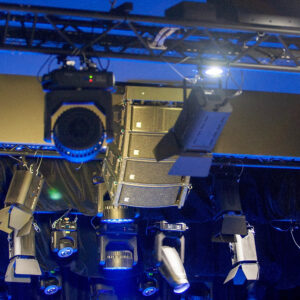 Piotr Lugowski adds that another challenging aspect was working with Dolby on designing a hybrid sound system which could serve not only FOH for concerts, but also surround and Atmos® cinema sound. After two months of constructive communication, MBS finally received Dolby’s approval for its system’s design, which enables to use the same front speakers, along with a centre line array (Eidos 265) not only as a FOH system, but also for L-C-R in cinema: both 5.1 / 7.1 surround and Atmos®. The same is the case with the pair of Outline Sub 218 subwoofers, which – at the push of a button on the Newton processor – become a dedicated LFE cinema channel.

Following installation (supervised by MBS installation manager Jacek Zbudniewek), the client said it was very pleased with the solution provided by Outline and MBS, probably the first hybrid immersive sound system in any culture venue in Poland and probably the first hybrid Atmos® PA solution accepted by Dolby using an Outline line array system from for L-C-R as well as FOH during concerts and theatrical plays.

Lugowski concludes, “We’re extremely proud of this installation, which opens a new chapter on the Polish market, proving that Outline P.A. systems are not only a guarantee of premium sound quality, but are able to provide smart flexible solutions for hybrid venues. It’s therefore a very important reference which proves our ability to realise very complex projects, including immersive solutions, providing amazing sound for both concerts and immersive projects, such as theatrical plays and Atmos® cinema projection.” 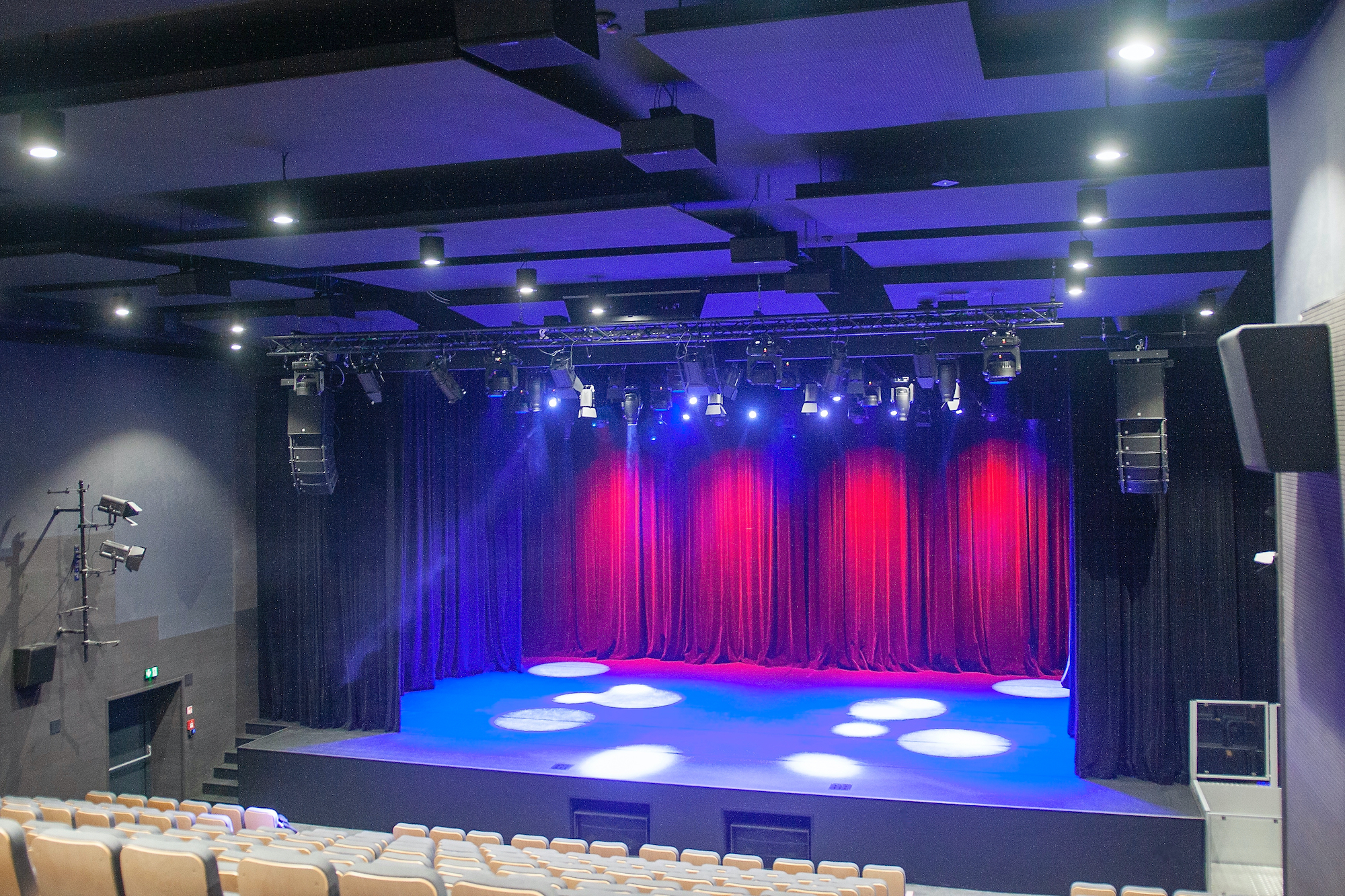 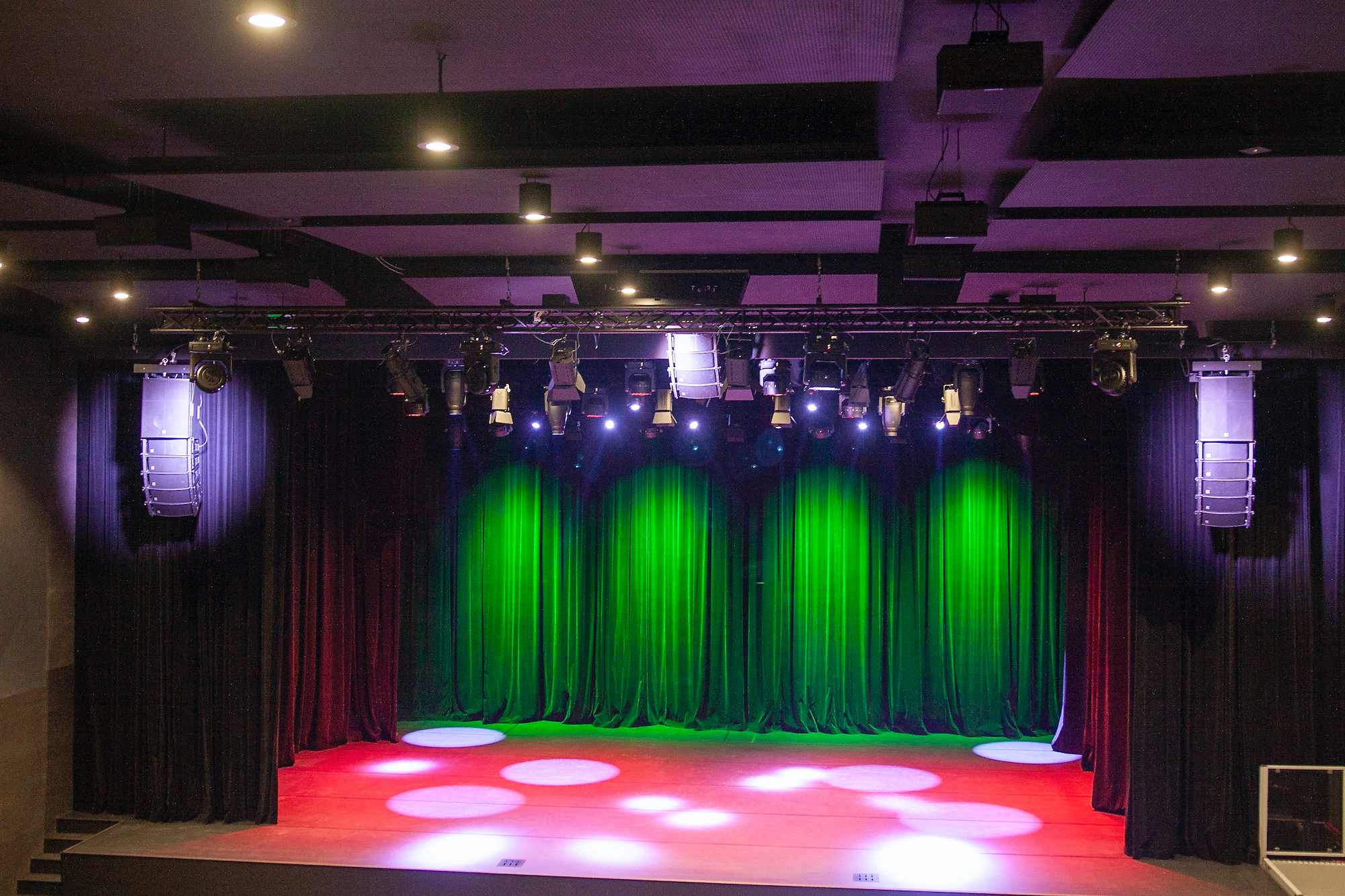 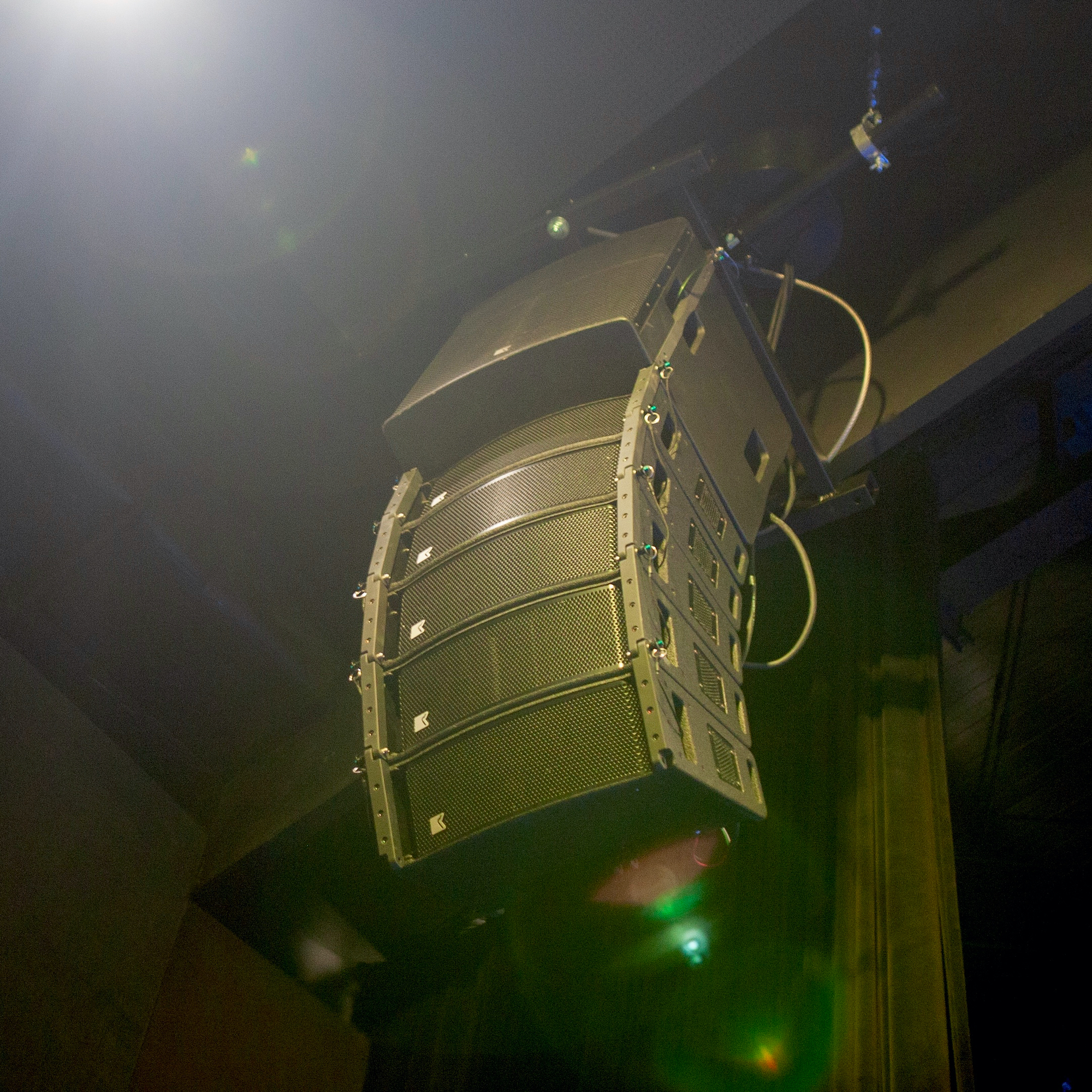 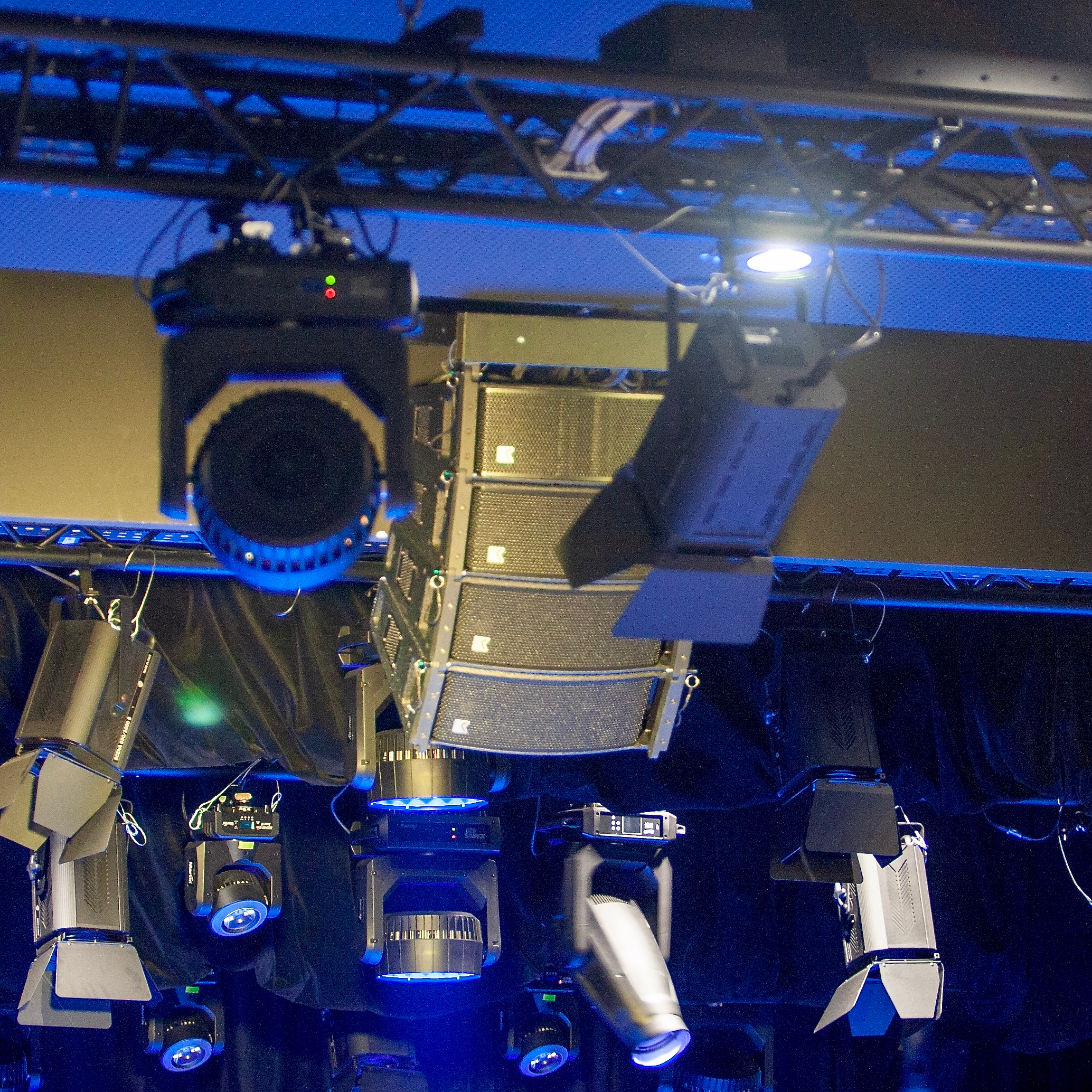 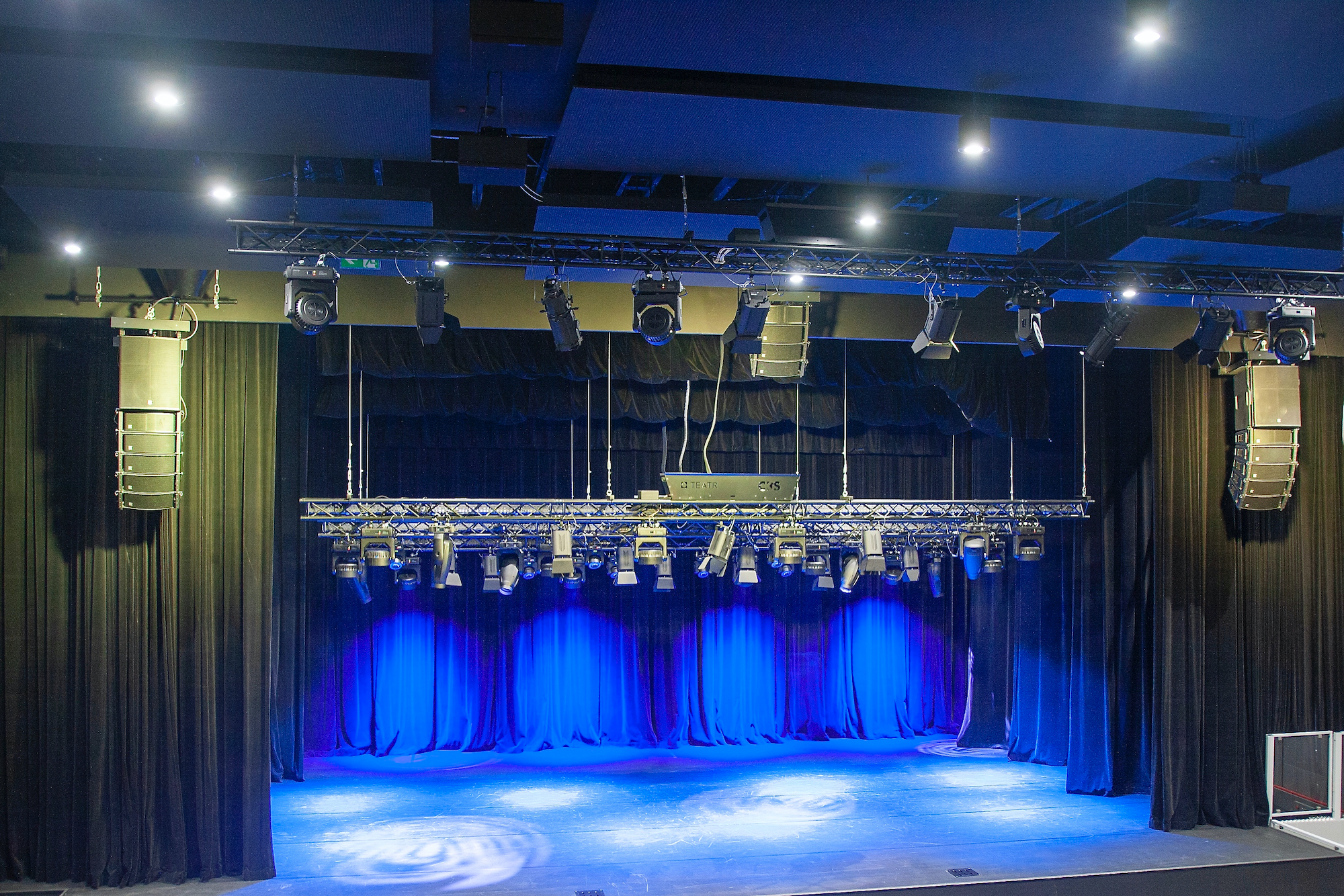 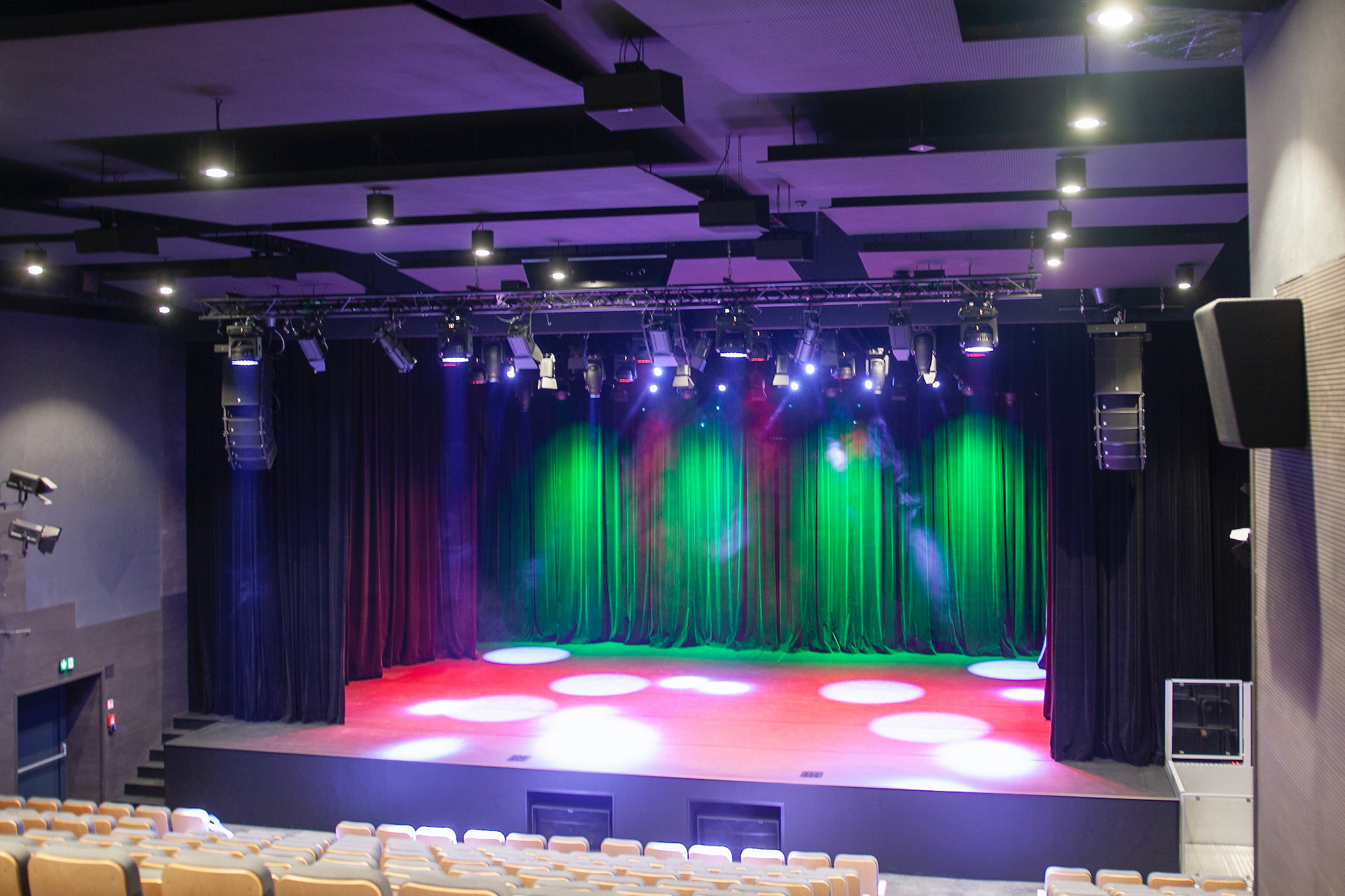 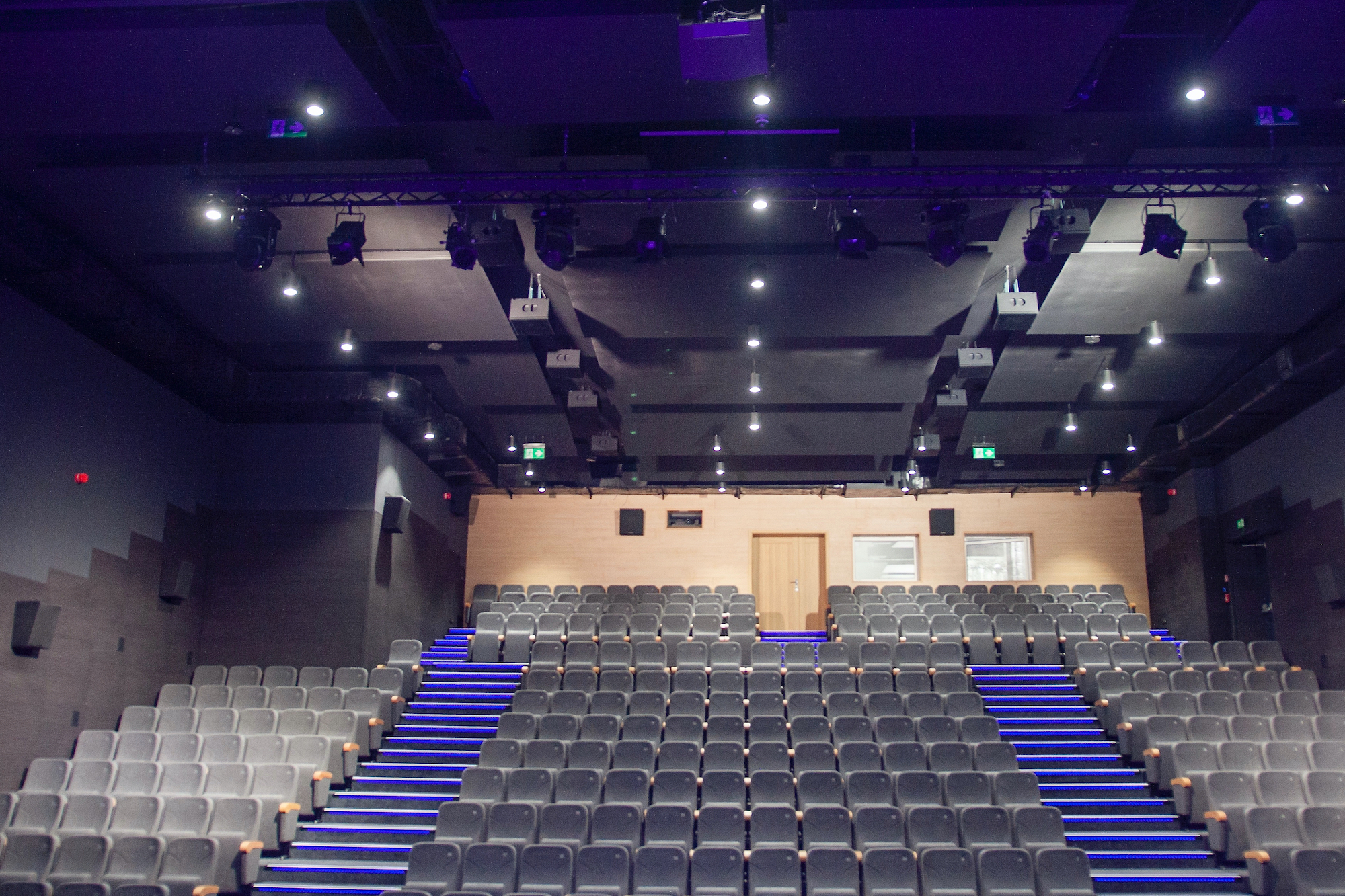 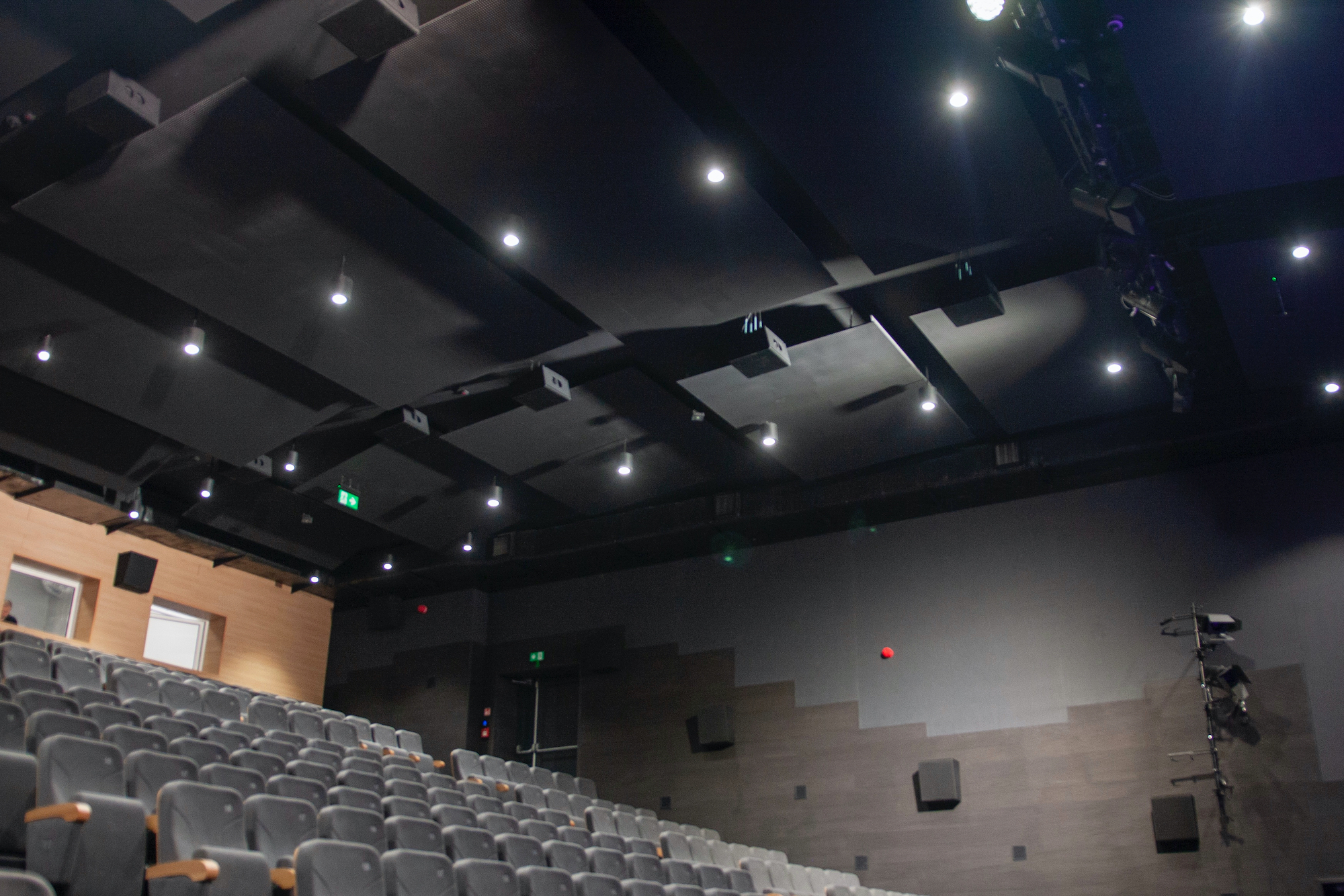