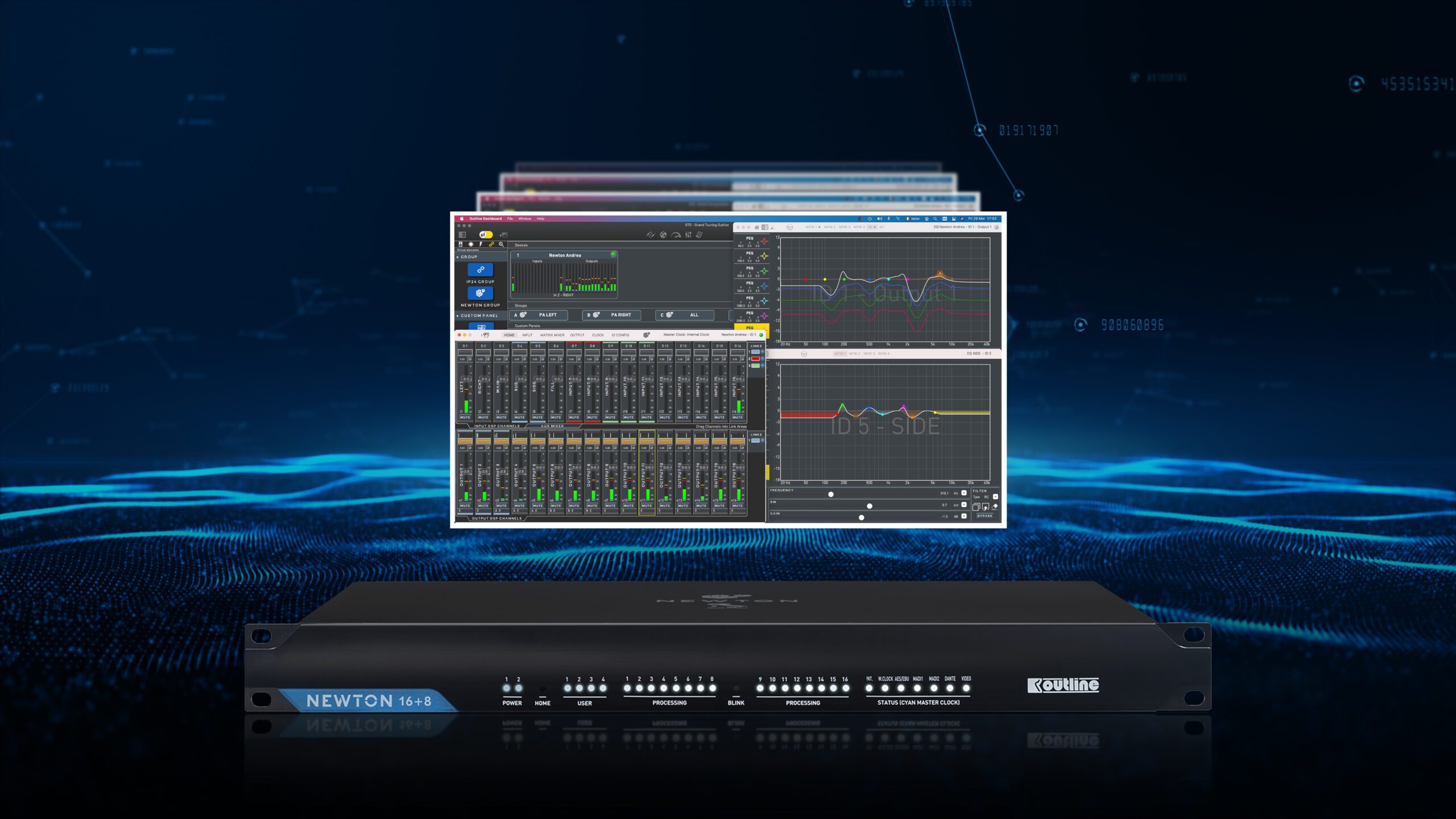 As Outline’s extraordinary, patented Newton continues to rewrite the rulebook for advanced sound system signal processing, the latest updates to the Dashboard application (software v1.9.4 and firmware v0.97) include enhancements to the functionality of WFIR filters, the addition of GPIO port control and extended compatibility for the latest Apple Mac computers.

These enhancements apply not only within a single Newton but also when several units are networked together, whilst retaining all the outstanding performance and surgical precision for which the unique WFIR filters are recognised. This new level of multi-unit control delivers an unprecedented level of audio equalisation options that can be simultaneously deployed across multiple festival stages – at present, no other audio processor approaches this degree of user control.

Major international providers including Rat Sound, Gabisom, Adlib, Britannia Row, Capital Sound and others already rely on Newton for core system control in complex multi-stage festival situations and its latest refinements will be great news for their sound engineers and system techs.

The update also introduces the option of using Newton’s GPIO capability to manage some internal functions for safety and evacuation purposes.

Rat Sound of Camarillo, California have been enthusiastic Newton owners for some time and their work includes such legendary festivals as Coachella and Stagecoach. The company’s Jon Monson comments, “We love our Outline Newtons at Rat Sound!”

“They are an integral element of our large sound system and festival deployments. The Mac-based interface is clear and intuitive and the multitude of I/O options is key as we use analog, AES, Dante, and Madi in our setups.”

“Now the Outline team has also implemented a GPIO function to the software and with this we have been able to implement a complete emergency override for every festival stage from a remote, central location. Over the last few years it has become increasingly important to offer these kinds of safety enhancements to our festival customers, and the Newton has allowed us to make this happen.”