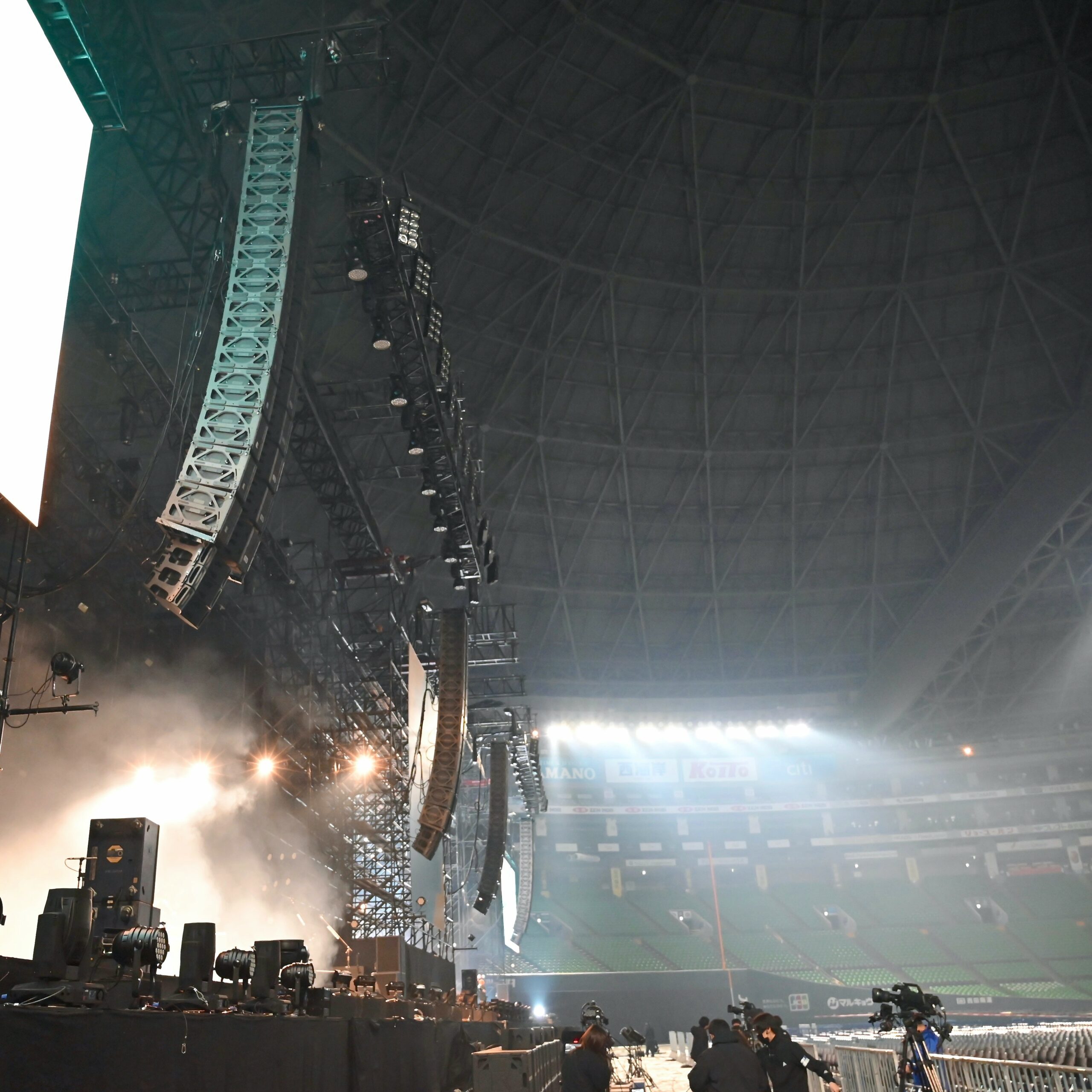 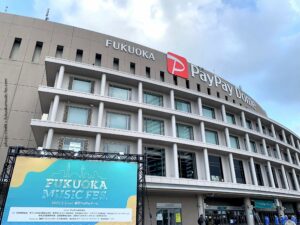 The Japanese city of Fukuoka stands on the shores of Hakata Bay, has been a centre of international commerce since ancient times and is the country’s sixth-largest city and second-largest port after Yokohama.

The city hosts the 52,000 capacity Fukuoka PayPay Dome, the first multi-purpose dome in Japan to incorporate a retractable roof and, when built, its 216 metre diameter made it the largest indoor stadium and the largest geodesic dome. At a length of 188 metres (over 617 feet), the venue also has the world’s longest bar from which spectators can see the entire field.

As well as baseball (the Dome is home to the SoftBank Hawks), other key sports events are staged regularly, and concerts have included artists of the calibre of Michael Jackson, who performed on four occasions there to huge crowds, Whitney Houston, Madonna, The Rolling Stones and Bon Jovi. 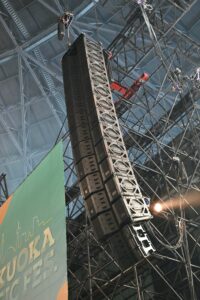 One of the most recent music events staged at the huge venue was the Fukuoka Music Fes., organised by Softbank Hawks, Space Shower TV and apparel manufacturers BEAMS.

On this occasion, the total array of Outline loudspeakers fielded by the event’s audio contractor Try Audio Japan was impressive: each of the two adjacent stages had a main left and right hang, with 12 GTO and 3 Mantas as downfills, and outer side hangs had 24 Outline Butterfly per side.

Each of the delay towers hosted 16 Outline Butterfly elements and 8 LIPF-082 lip fill speakers were mounted atop the 40 DBS 18-2 subwoofers, aligned two-up along the stage fronts, which ensured a really beefy punch on the bottom end. 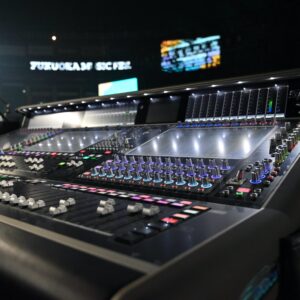 The Outline powerhouse featured T-Eleven, T-Seven and T-Five power amplifiers. FOH consoles at bands’ engineers’ disposal were a pair of DiGiCo Quantum 7, a DiGiCo SD8 and an SSL SiX, while monitorland hosted two Yamaha CL5 and a Midas PRO1.

Tokihiko “Toku” Tokuda, Try Audio’s system engineer at the event explained the choice of speakers. “The venue has a very long reverberation time – 8 seconds at around 40Hz – which could lead to a muddy mix, but I believe that these speakers can deliver unbeatable clarity in this sort of environment, and in fact we continue to choose this system because it has been well-received by clients at another reverberant venues.”

Since reverb time was so long, raising the entire system’s volume would have created areas of reduced intelligibility, so Tokuda needed to increase clarity and therefore put a lot of time into calculating the exact position and distance of the delay speakers. Since the venue’s reverb was at very low frequencies, he found Outline’s OpenArray 3D software extremely effective in simulating even the lowest frequencies.

Regarding other positive aspects of the Fukuoka Music Fes., the system engineers had no doubts, “I think the Outline system created an environment that was easy to mix and, even though the bands’ engineers had little time to check it, they all found the set-up so easy to tune and so smooth that we were able to proceed right on schedule with the program, thanks also to the two stages set up side by side, on which the event’s eleven bands alternated. In fact, after the event, enthusiastic satisfaction was expressed with the results achieved by all concerned.” 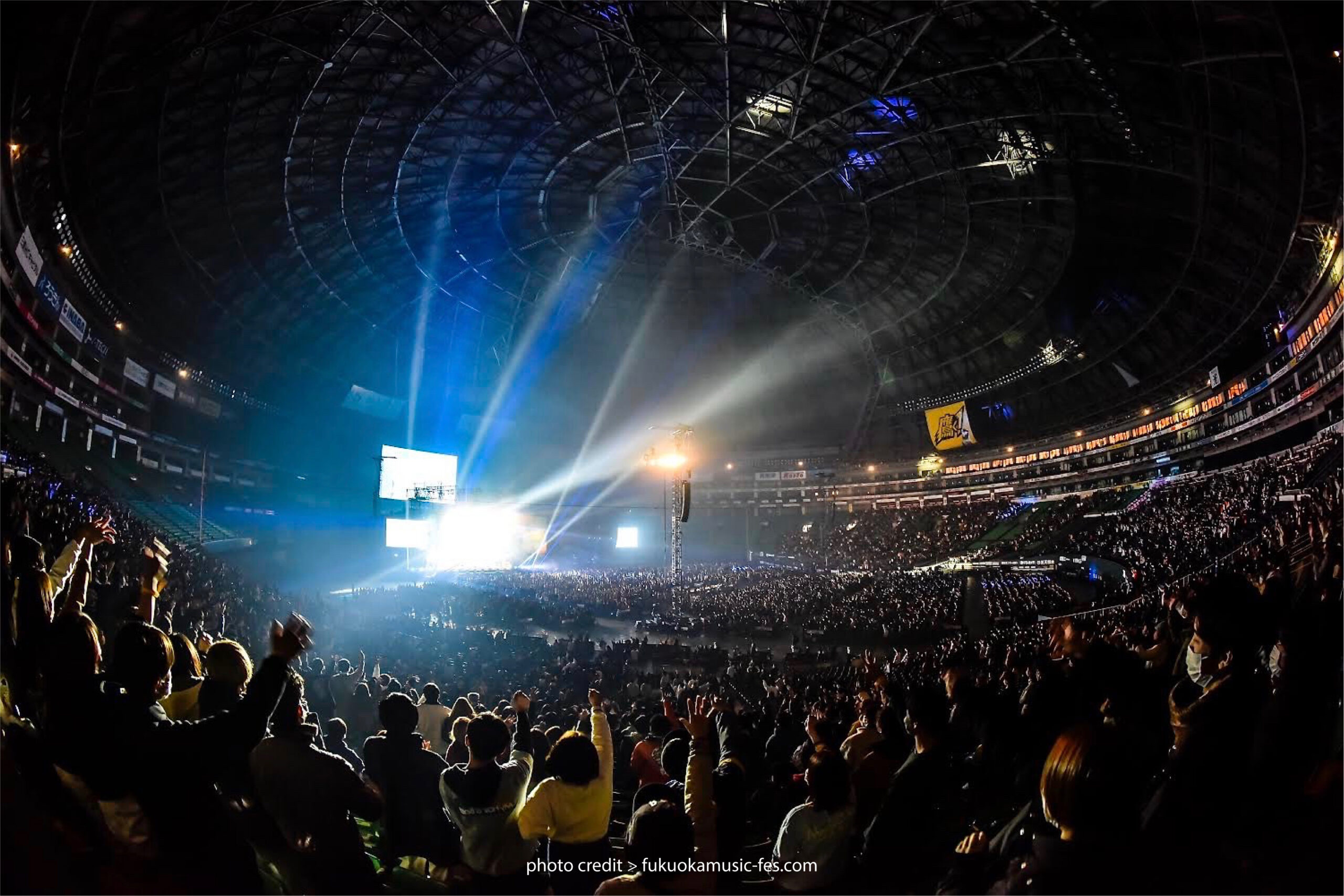 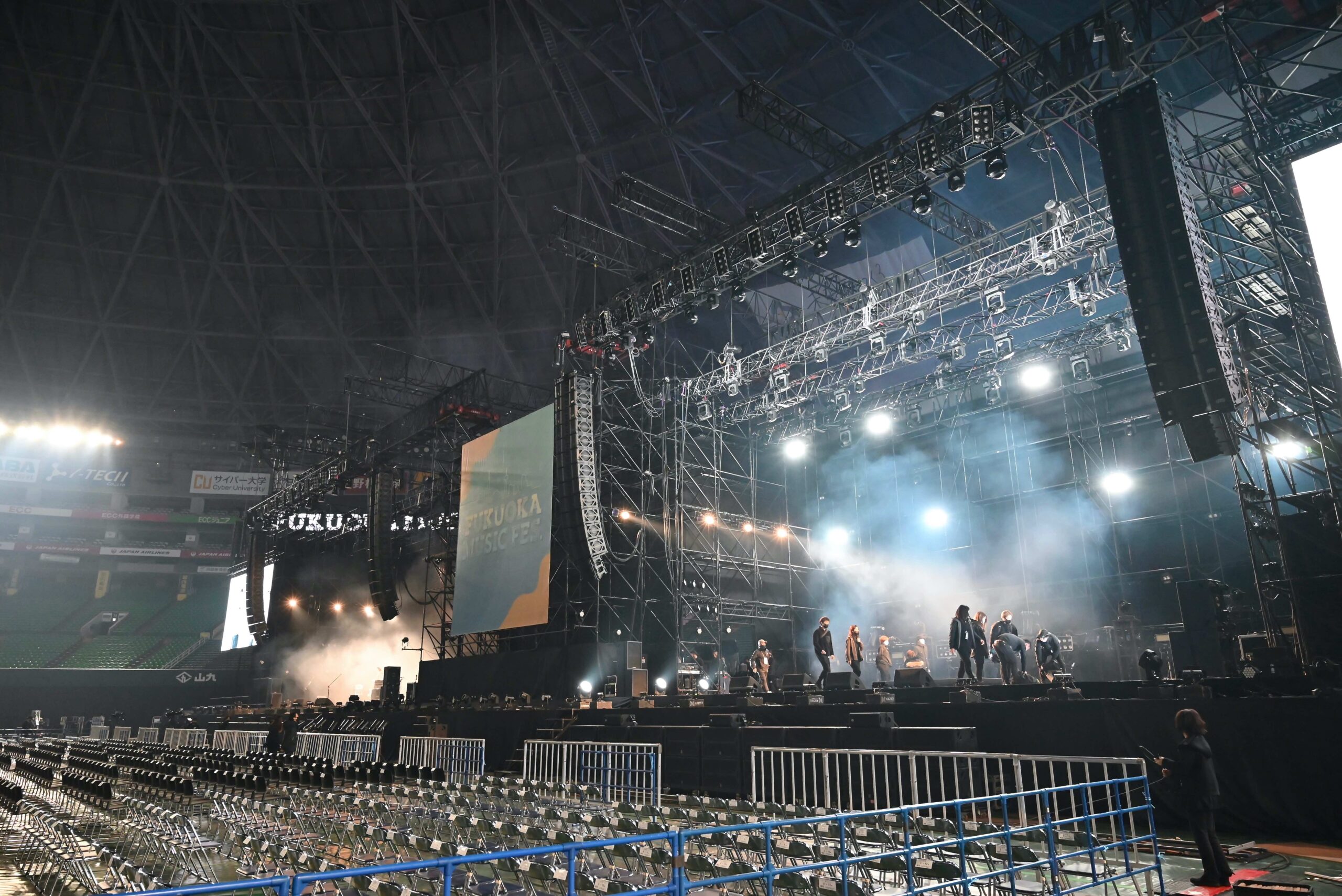 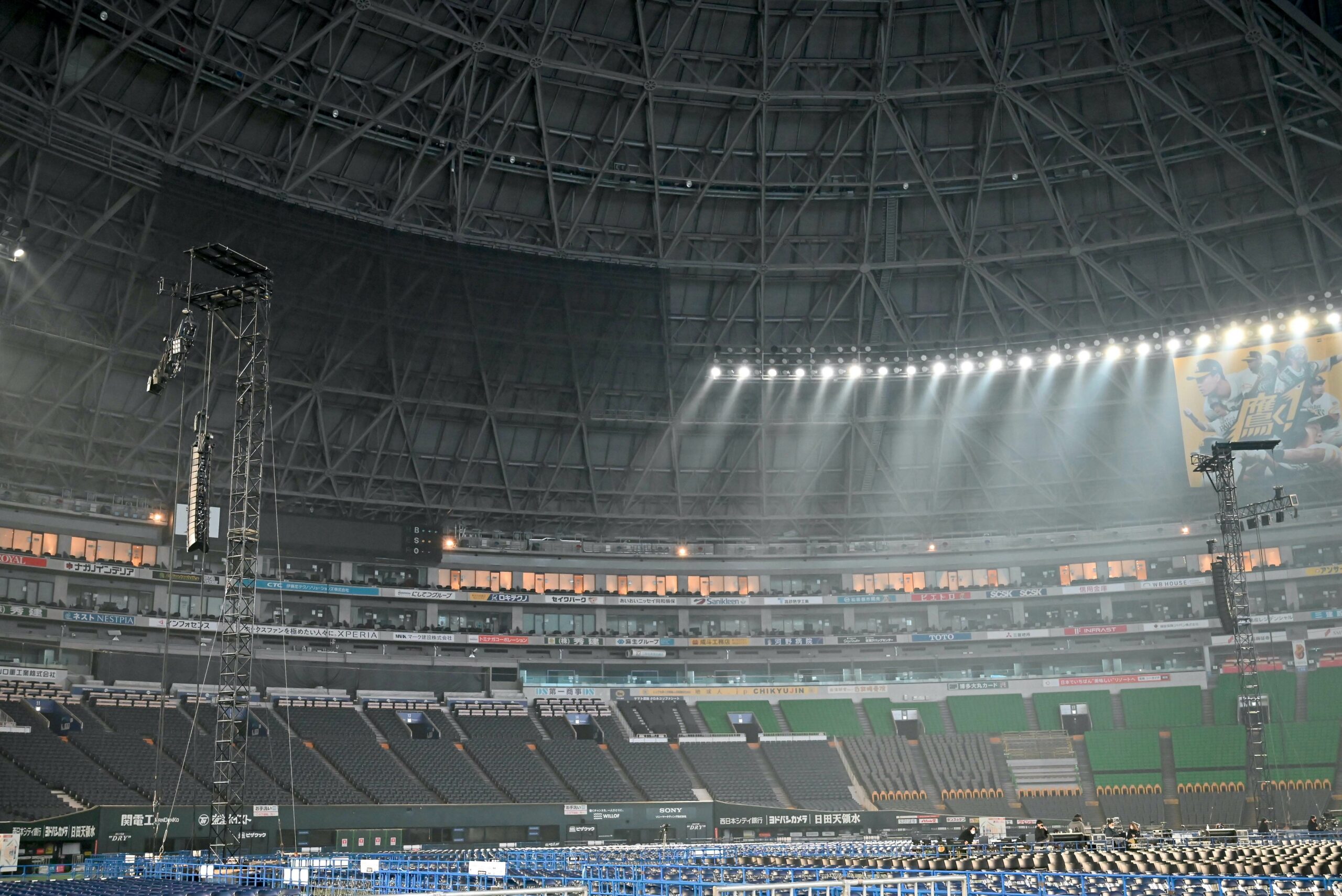 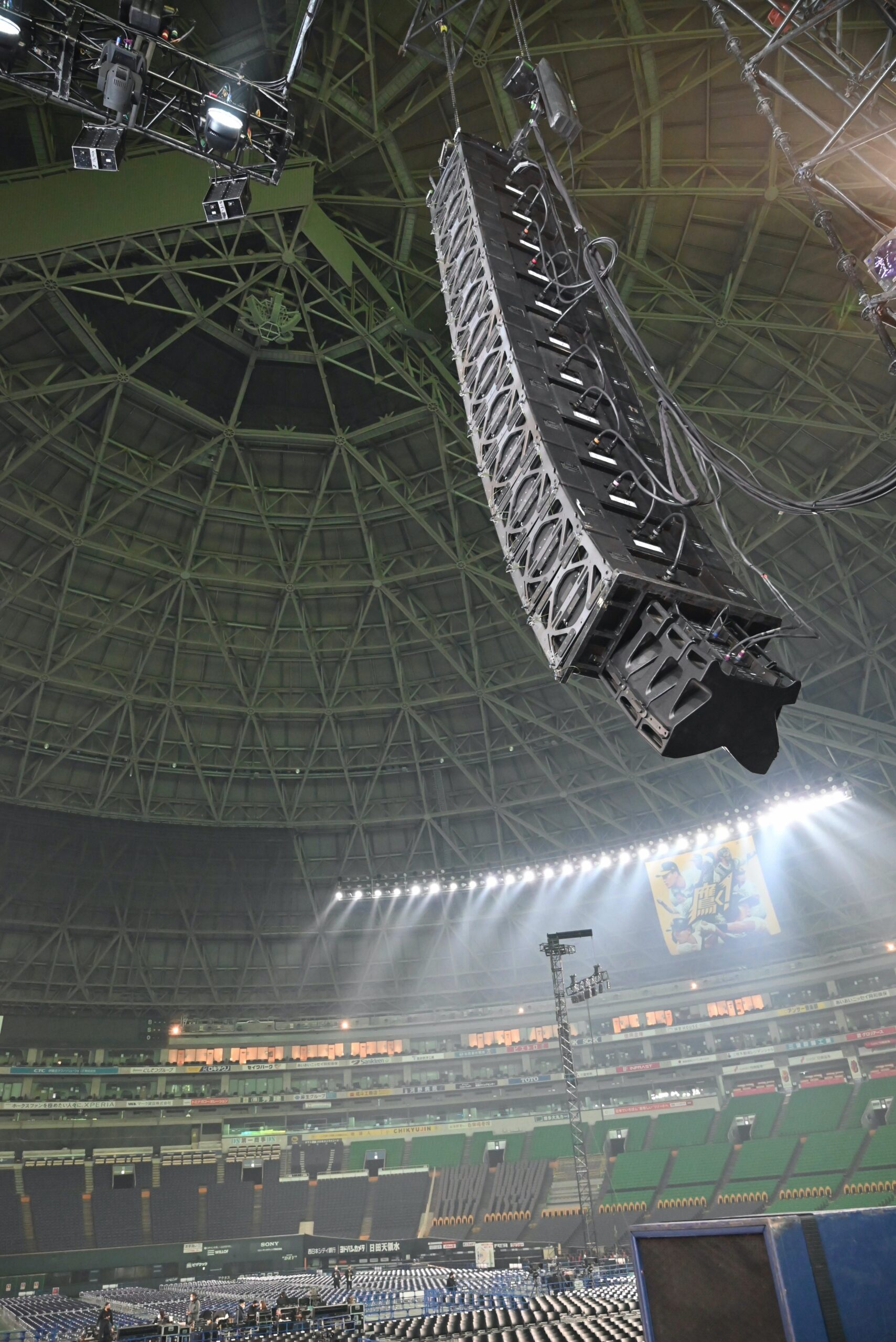 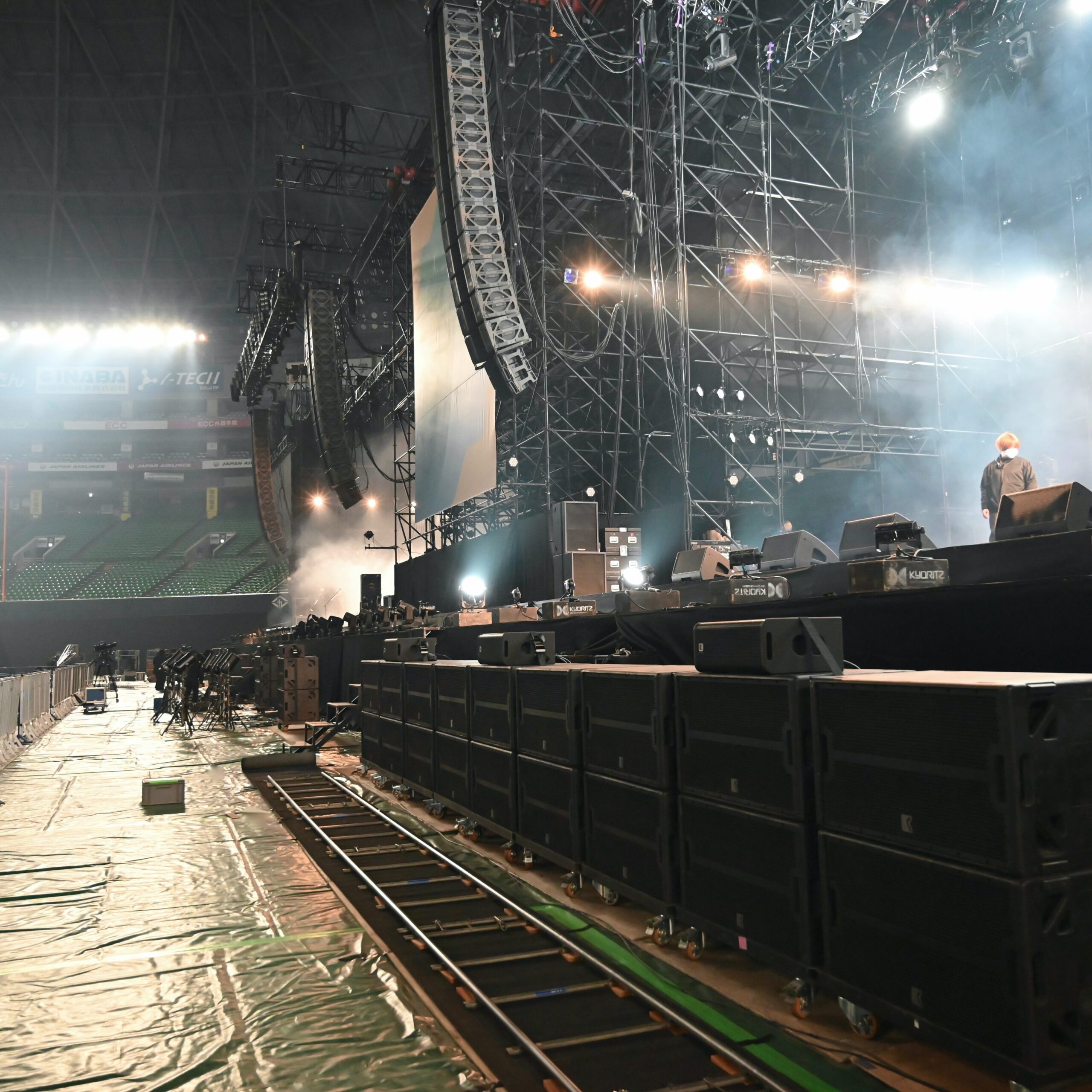