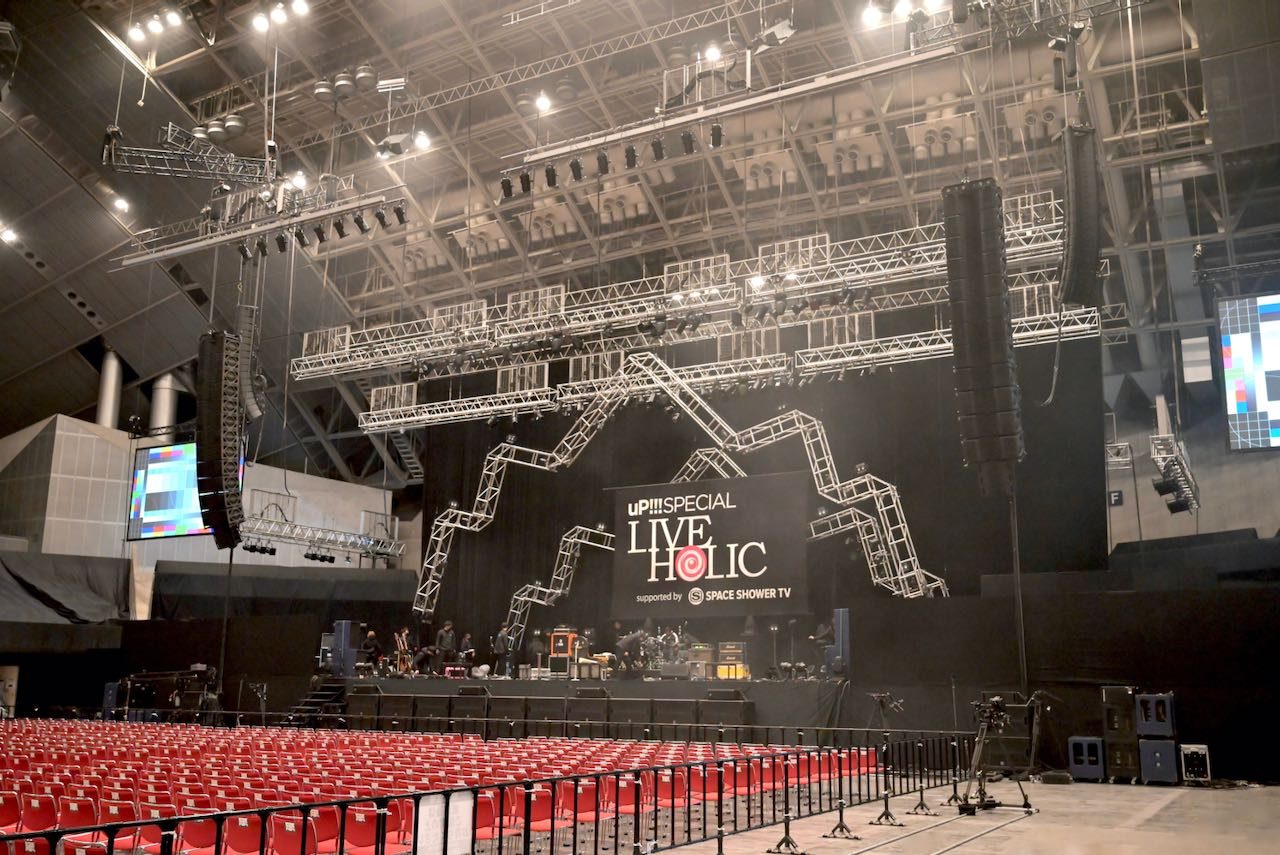 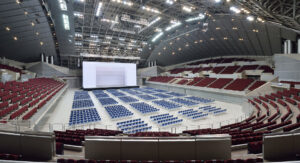 The Japanese city of Chiba, which stands on Tokyo Bay and is famous among other things for having the world’s longest suspended monorail system, recently hosted the first two days of “uP!!! Special Live Holic extra 2022” (supported by Space Shower TV) in its huge Makuhari Messe complex. The event featured an impressive cast of sixteen key Japanese rock bands, including Androp, Straightener, Blue Encount and Orange Range. 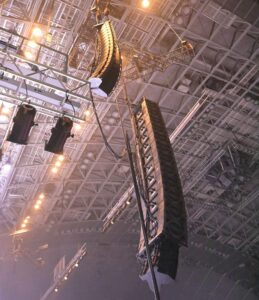 Audio contractor was Try Audio Japan, who fielded an Outline sound system for the high profile live event. The two main hangs comprised 12 Outline GTO plus 3 Mantas (on downfill duty) per side, while side hangs consisted in 16 Outline Butterfly per side. Bottom-end punch was ensured by a center subwoofer system of 20 Outline DBS 18-2 dual 18-inch enclosures and lip-fills were 4 LIPF-082. The powerhouse featured a combination of Outline’s T-Eleven and T-Seven power amplifiers. 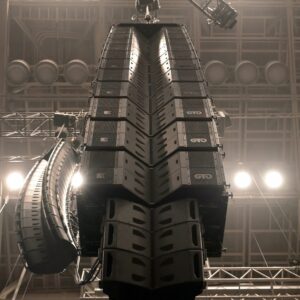 FOH Consoles at the bands’ disposal were a DiGiCo Quantum7, DiGiCo SD8, Yamaha CL5 and SSL SIX, while monitoring featured a Yamaha CL5 and a Midas PRO1.

Try Audio Japan’s Tokihiko “Toku” Tokuda was system engineer at the Makuhari Messe shows and explains his reasons for choosing the Outline equipment, “We chose Outline because it delivers a sound that can be clearly identified even in a large venue with considerable reverb, such as the Makuhari Messe hall. It’s also very ‘musical’ and easy to mix, which makes it the ideal system for live performances, and this ease of mixing was also greatly appreciated by the bands’ FOH engineers.” 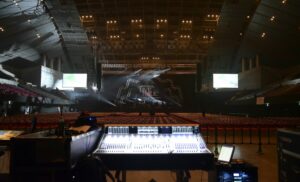 Since the FOH consoles were 60 meters away from the stage, Tokuda focussed his attention on how to make the mixing work from such a distance, and the important factor of ensuring a perfect balance between main and side hangs.

He explains, “We therefore used Outline’s OpenArray 3D software to simulate the difference in sound between the front and the rear of the auditorium, and in my opinion this enabled us to achieve a great result. The client was also very satisfied with the results and after the event commissioned another job from us. The engineers also complimented me on the fact that they’d never been so easy to mix so well at the venue.”

Try Audio is a well-known Japanese PA company supporting festivals and artists with their concert sound, not only in Japan, but overseas as well. 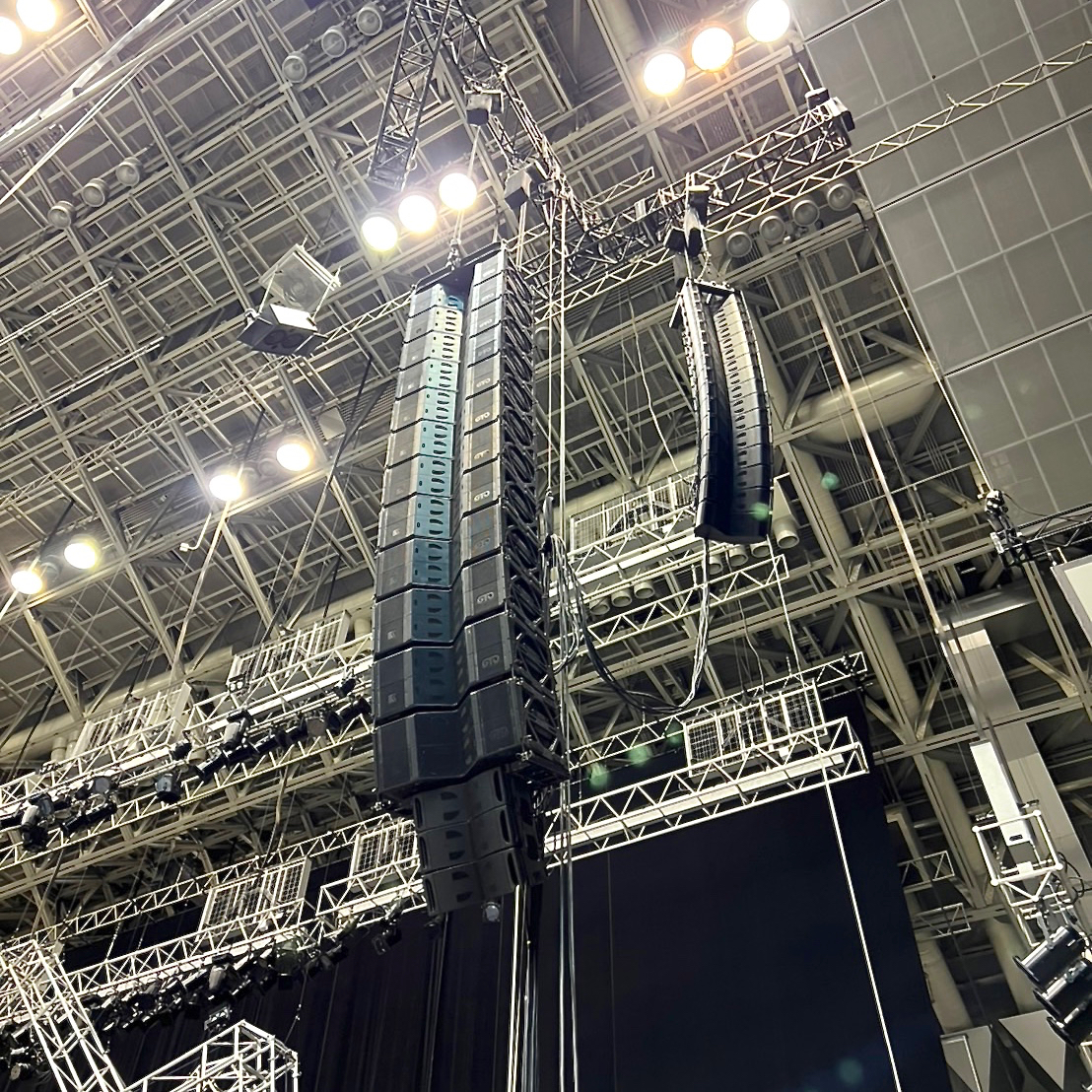 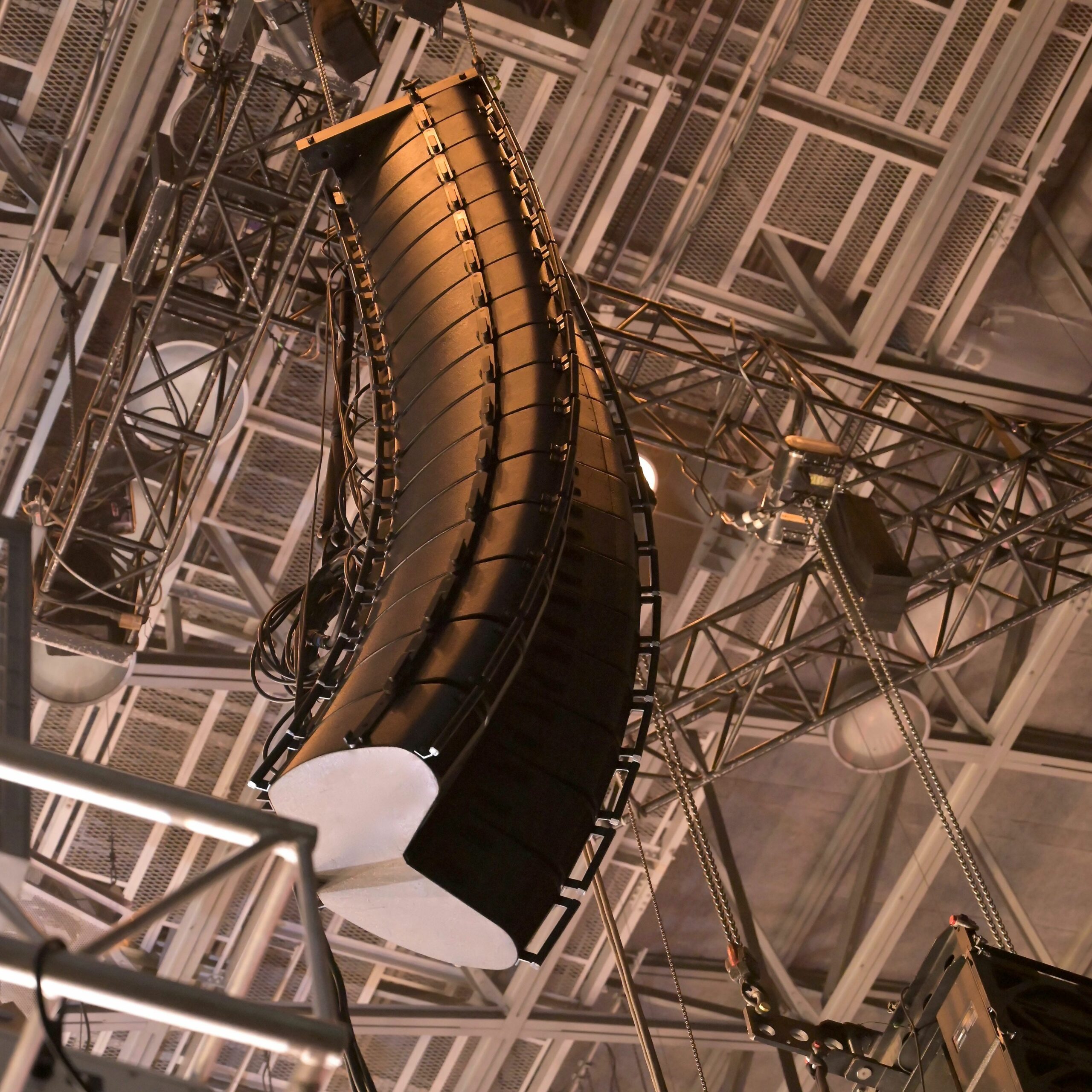 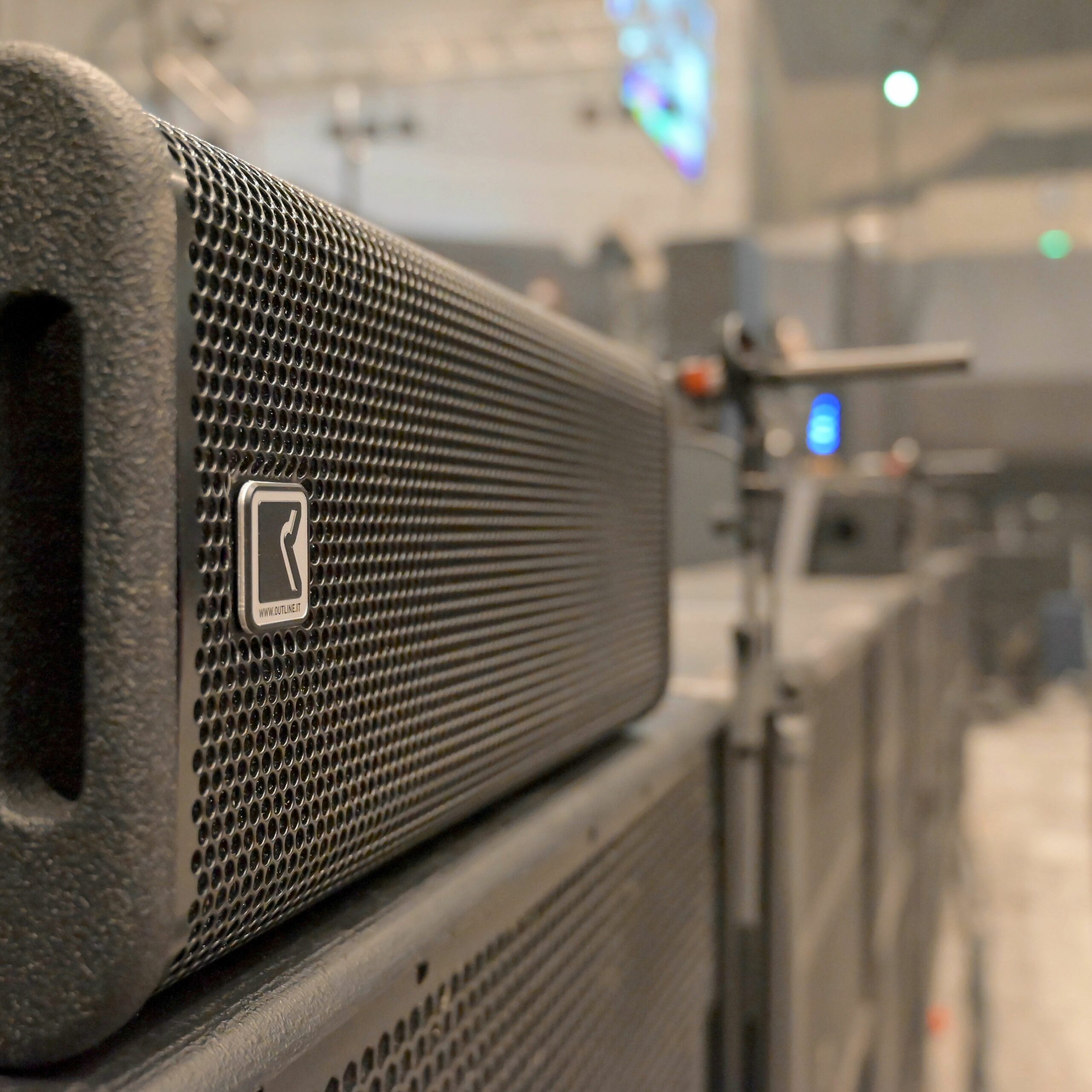