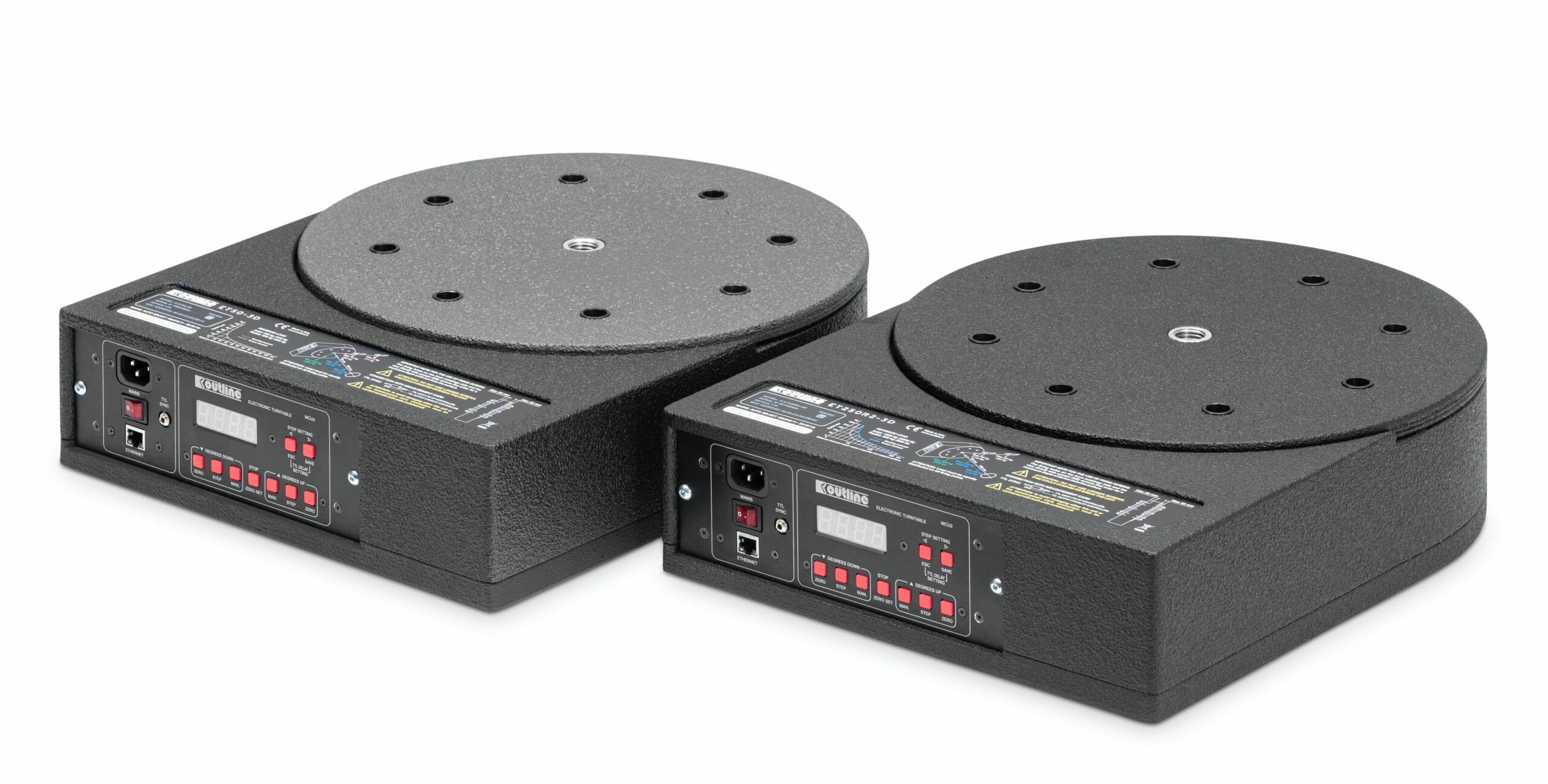 A longstanding mainstay of Outline’s diverse portfolio of products, their ET System now boasts more than 1,500 satisfied customers globally. In daily use by some of the world’s largest and most successful companies in a multitude of industry sectors, it is also found in universities and research institutes across the globe. 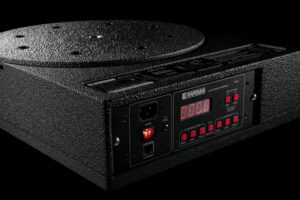 High-profile users include Apple, Google, Amazon, Microsoft, Intel, Lucasfilm, Dolby, MIT and many more, where it is used on a daily basis to measure everything from antennae, solar panels, hearing aids and smart devices to loudspeaker systems and transducers, mobile comms devices, microphones, domestic appliances and even medical equipment.

Outline’s groundbreaking original concept of a high-precision, computer-controlled turntable capable of placing significant loads with perfect accuracy in a measurement environment has now been developed further, with the creation of two new models (the ET50-3D and ET250R2-3D) to suit different speed and load requirements. 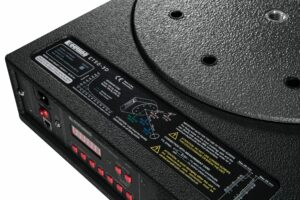 Both models feature a revolutionary new Ergal aluminium hardware design, which achieves military-spec mechanical resistance while considerably reducing the overall weight – additionally, both feature a wider choice of rotation speeds with enhanced maximum handling loads and a simple user interface with an input / output communications port based on TTL signals. However, the key to their accessibility, data acquisition and control is the network interface, allowing remote control via standard ethernet protocols.

Each turntable has an individual IP address and the user simply connects this to an existing LAN to control it via the provided software or via one of several third-party measurement systems – control libraries for Matlab and Python are available and in fact both devices are controllable by any software with ethernet control capabilities.

This facilitates automated polar measurements via seamless integration with various measurement software suites including Audio Precision, Audiomatica Clio, Listen Inc SoundCheck, Klippel, NTI and ARTA. The combination of Outline hardware and the user’s choice of control software allows precision placement of the object under test, with flawless repetition if required, bringing new levels of accuracy and reliability to test results.

Like all Outline products, the ET50-3D and ET250R2-3D are engineered and manufactured to the highest standards, with the models capable of safely and accurately orienting loads of up to 200 kg (440 lb) and 1000 kg (2200 lb) respectively.

Already the accepted international standard, these latest additions to Outline’s product line effectively expand the usefulness of their remarkable ET Series even further. 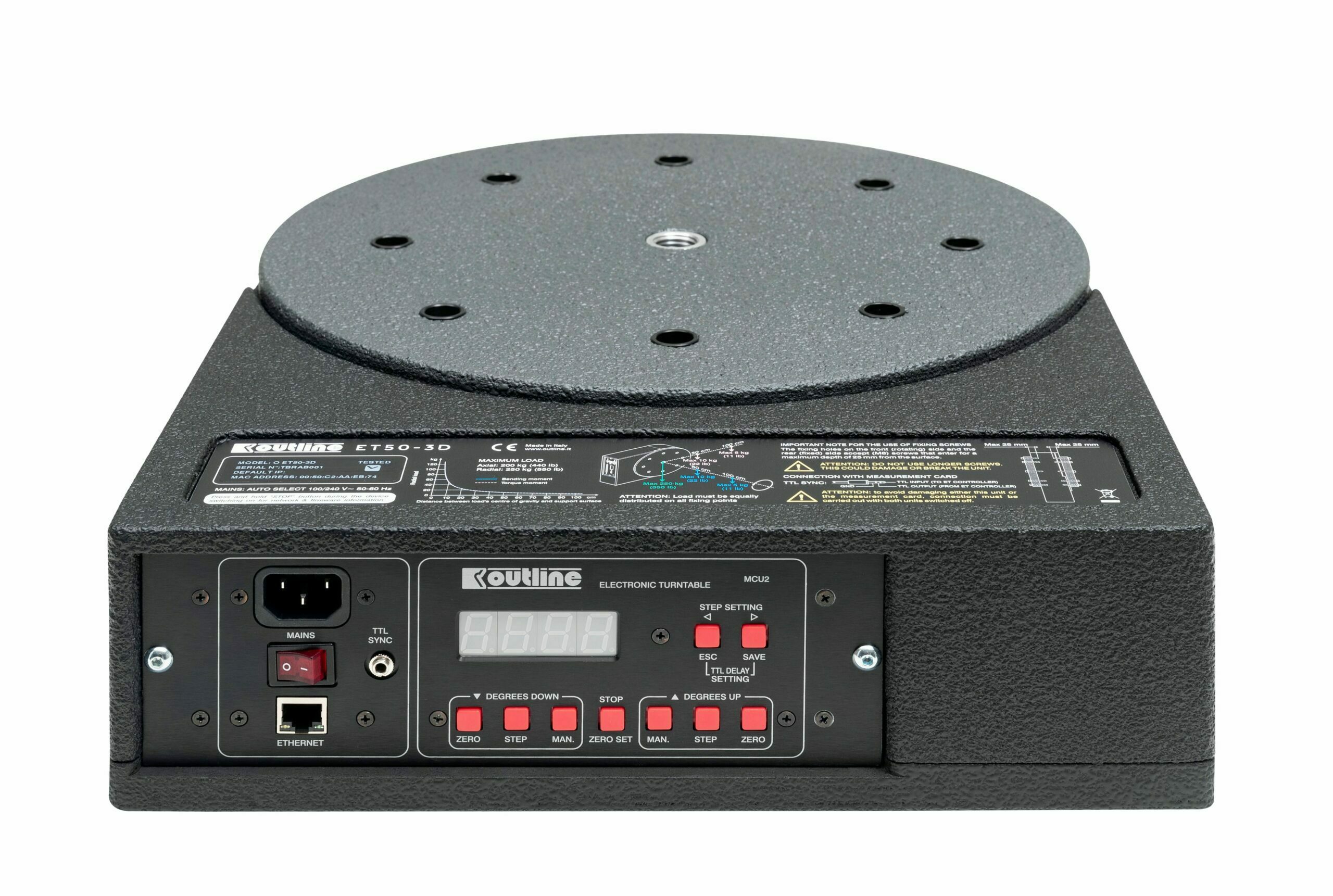 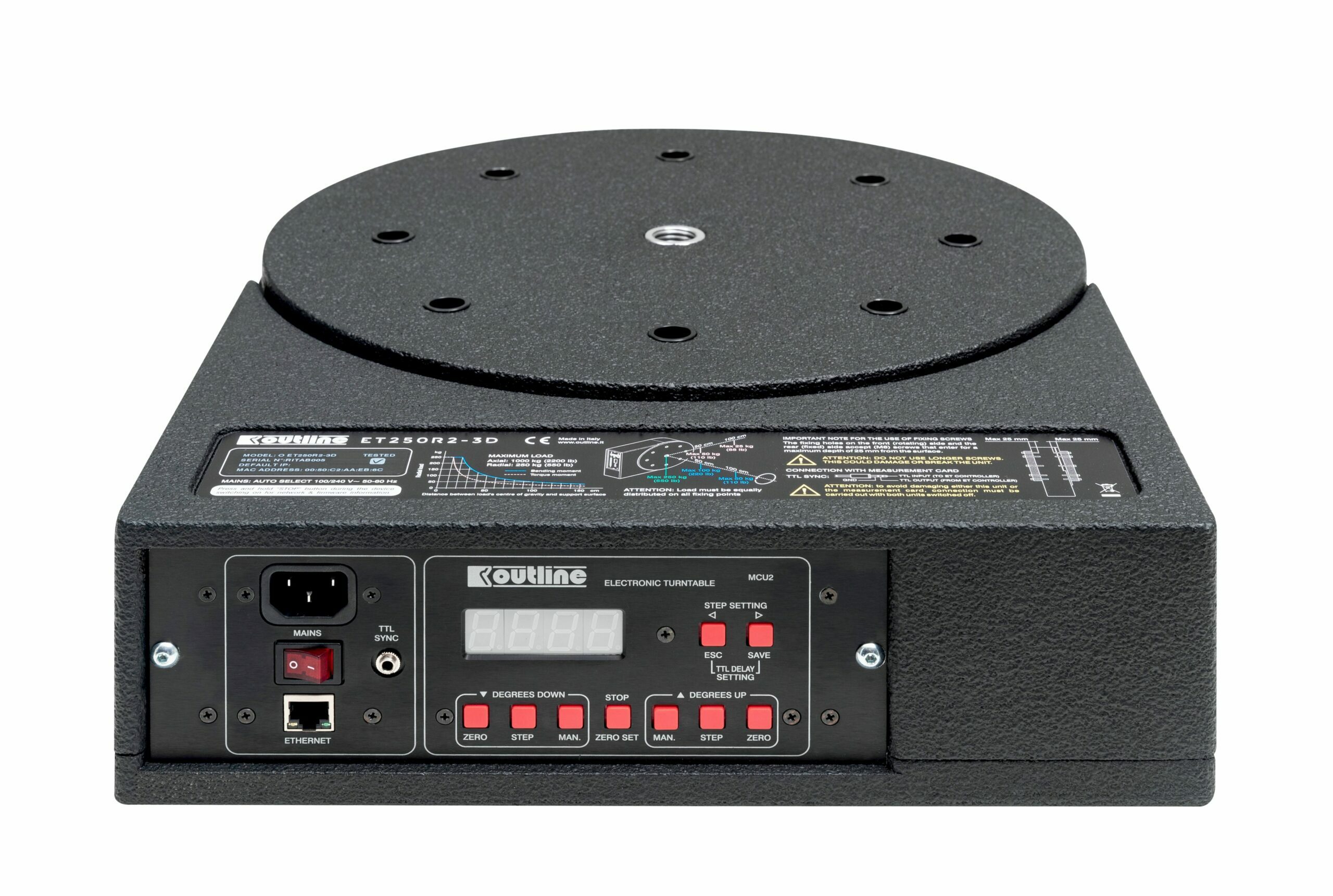