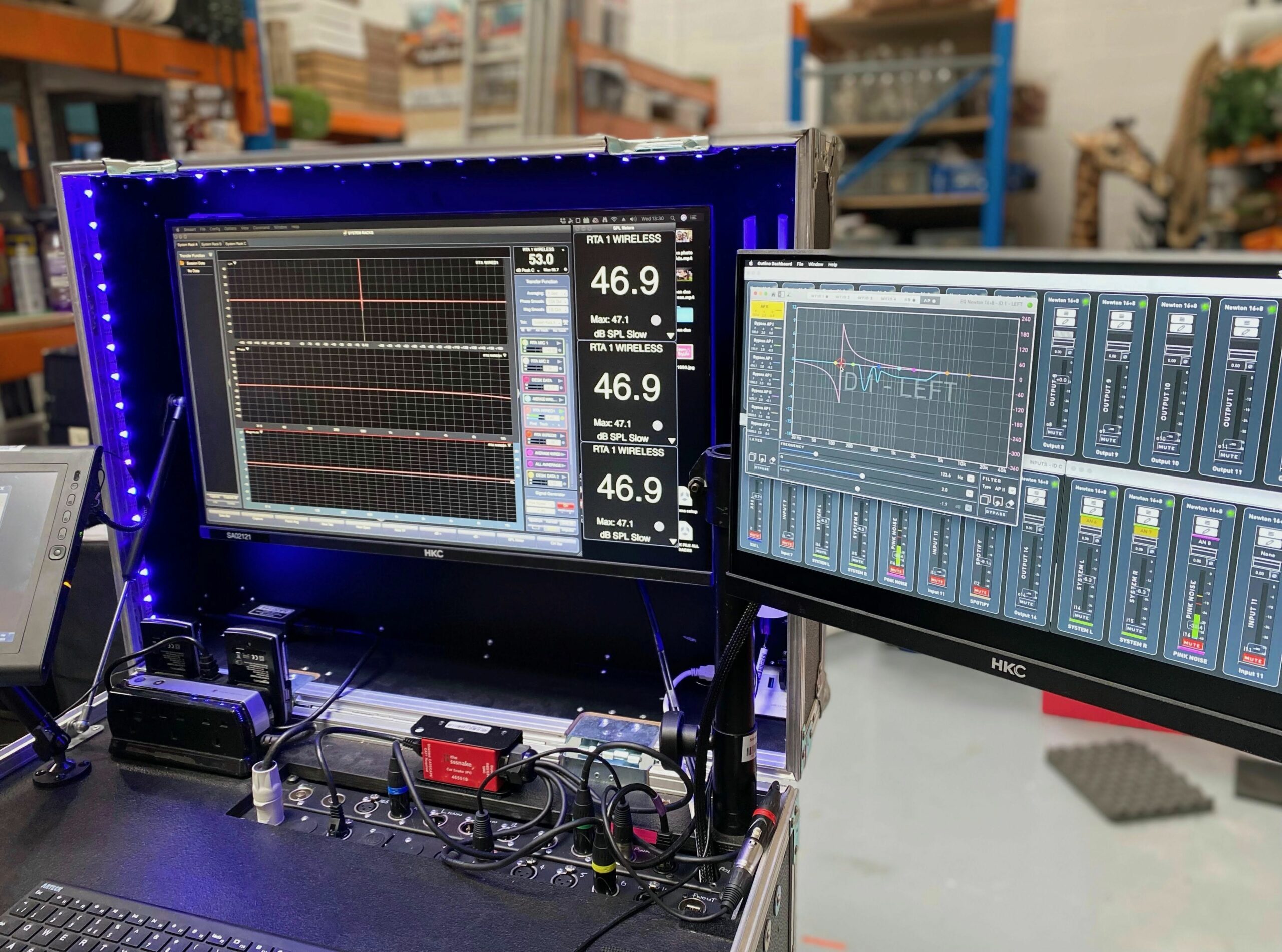 “The Newton is part of my toolbox now; where I go it comes with me. The clients I work for have no questions or problems with me bringing the Newton and having this as the heart of the audio system. I will never go back.” 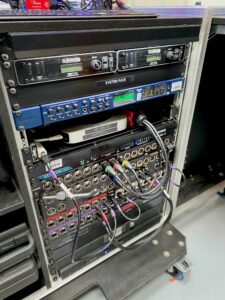 Based near Liverpool, Joe Baker not only runs Sound Access Events, his full-service production support company, but also engineers on a freelance basis for corporate AV and live music events.

Joe continues, “Newton makes my job so much more efficient and my workflow so much easier, everything I need is in the device and in the Outline Dashboard software, which is extremely coherent and does exactly what you need it to do. I now use it exclusively for main system control and desk busing at FOH, as well as system tuning and alignment, using the AP filters and the parametric EQ (Outline’s exclusive ‘WFIR’ filters) which, incidentally, are something that need to be heard to be believed.”

“Having the Groups and Panels functions almost makes the Newton customisable to each show and no matter what protocol is required, whether AES, MADI, Dante or analogue, you have 16 channels of input and 16 channels of output, with so much processing power for each channel. On top of all that, Newton also gives me the most complete and best solution for clock sync issues when combining different digital audio sources – having the Newton as the master clock and working back from there has just been revolutionary.”

Newton also has a key role to play when designing systems: “The Newton has given me the confidence to design systems that have no compromise with processing power and source numbers. When designing some systems, I would have to prioritise output channels with amp DSP to get the desired results but now I know I can tune and align any system by using this one unit and software.” 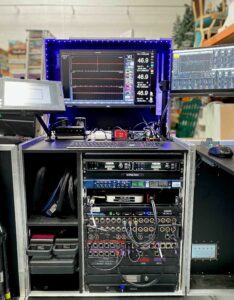 Joe has built a custom drive rack around his Newton, which includes wireless devices for his RTA and timing measurements, a FireWire audio interface and a Mac Mini plus various network interfaces with network switchers. He also has a separate Newton stage box with a complete suite of i/o to suit any configuration.

He concludes, “As a freelance system designer and engineer I don’t always have the luxury of the right equipment for the job or the consistency of systems from company to company – one week I can be putting a load of point source boxes into a long and low conference room and then the week after I can be putting up a large-scale system in an arena. With the Newton as a tool that I can take with me to site I’m confident I can deliver the best solution and sound for the job at hand without having to compromise. With the recent integration with Smaart and its capability with Dante, there is no job that this processor can’t do.”

James Lawford, CUK’s Live & Event Sound sales specialist remarked, “When Joe contacted me he already had a good understanding about Newton. Nonetheless I checked that he was aware of the feature set in case anything was unclear, and of course demo’d a Newton at his premises to run through the software and hardware with him.”

“As Joe is an experienced system engineer it was clear he was already way down the track in terms of envisaging his workflow and intended setup. His purchase swiftly followed my visit and Joe has since put together an extremely comprehensive package of control equipment, centred around Newton as the central audio and word clock function.”