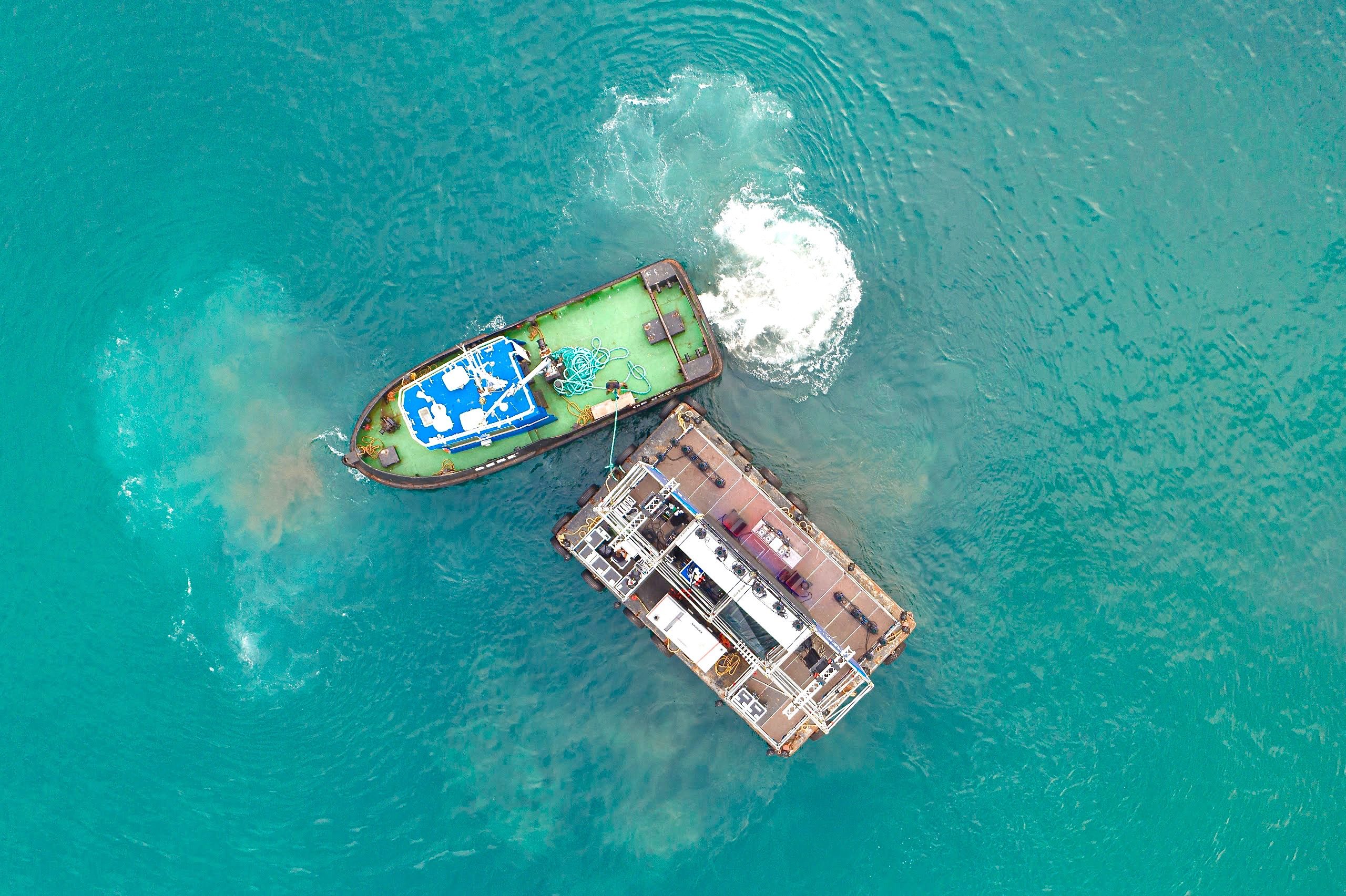 GENOA, Italy – Show Technologies provided an Outline sound system to accompany a floating stage complete with lighting and video to entertain tourists and residents at various ports of call in Italy’s seaside Liguria region this summer. 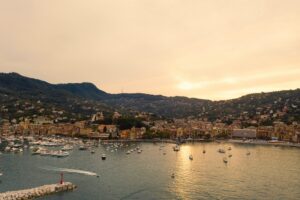 Although one of Italy’s smallest regions, Liguria, overlooking the country’s northwest coast, has countless places visitors to Italy definitely shouldn’t miss. From Genoa, famous for its old harbor (the fascinating city was once capital of one of the most powerful maritime republics and is still an extremely important port to this day), its huge aquarium and its fascinating age-old “carruggi” (alleys), to the exclusive resort of Portofino, a favorite with the international jet set, and quaint medieval hamlets such as Dolceacqua, famous for Monet’s painting of its suggestive bridge.

Liguria has always been a favourite destination for writers and artists, such as Byron, Shelley and D’Annunzio, and the picturesque villages of the Cinque Terre, with their colorful houses, cliff-hanging trails and terraced slopes are a UNESCO World Heritage Site. 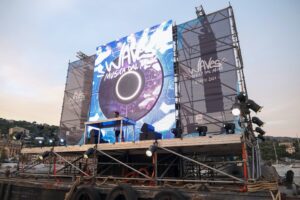 It was therefore no surprise that the almost 500 events on the region’s 2021 summer season’s busy program to entertain tourists visiting the area’s popular beaches included many highly original projects, such as August’s “Musica dal Mare” (Music from the Sea), a unique series of evenings in three of the riviera’s key locations (Calata Mandraccio in Genova’s Old Port, Giardini a mare in Santa Margherita Ligure and Rapallo promenade).

The technical set-up for these events comprised a maxi video screen, a lighting rig combining moving head fixtures and conventional units and an impressive sound system, but the unusual aspect was that the whole set-up was installed on a huge barge, towed into place by a tug.

The Outline sound system chosen for the initiative, a “first” in Liguria, comprised two vertical hangs with fifteen Mantas elements each (in classic L/R format) and twelve DBS 18-2 twin eighteen-inch subwoofers under the stage. Power was courtesy of the Brescia manufacturer’s T Series amplifiers. 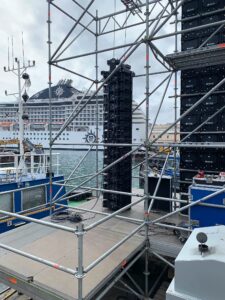 Manning the console was DJ Federico Guttadauro, who treated tourists, after a hot summer’s day on the beach, to sets alternating his personal treatment of top international hits with sounds for the younger members of the audiences (chill-out, minimal and ambient), accompanying the splendid settings’ sunsets.

Everything was obviously staged in complete respect of the safety distancing and anti-contagion regulations and the first two dates in Genova and Santa Margherita attracted tourists and locals, who appreciated the initiative, which enabled them to stop and enjoy an aperitif or dinner with a unique musical background. In Rapallo, even the town’s mayor Carlo Bagnasco was among those who made certain not to miss the evening. 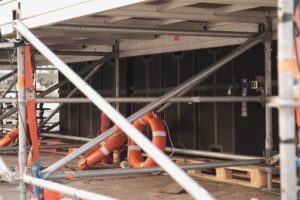 AV contractor for the events was Show Technologies, a company headquartered in Recco with fifteen years’ experience in the design, rental, distribution and installation of professional audio, video and lighting systems for the entertainment and event industries.

Company partner Sacha Bozzo explains, “The event was anything but run-of-the-mill from a logistics point of view, and the Liguria Region’s initial concept underwent several changes as things proceeded, adapting to the weather conditions, which were unusual for August, with strong north-west winds causing the program to be postponed for a few days. We designed the sound system bearing in mind that it had to cover tourist ports with the public at a distance of between 50 and 150 metres from the points in which the barge was moored. The local coastguards then identified precisely the safest mooring areas, which unfortunately didn’t always coincide with the ideal positions as far as we were concerned. For example, when we arrived in Rapallo, we found that there was a distance of approximately 250 metres of sea between the rig and the first spectators. In spite of this, the sound reached the promenade loud and clear, which surprised even us!” 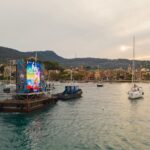 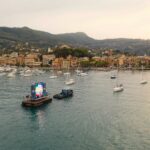 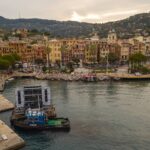 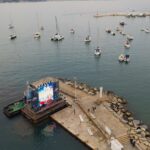 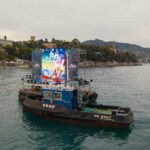 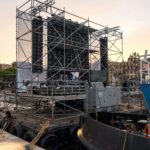 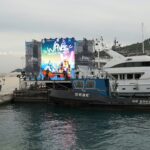 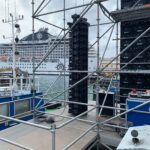 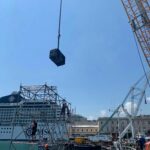 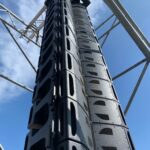 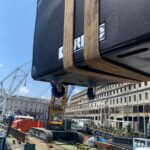 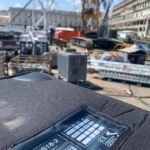