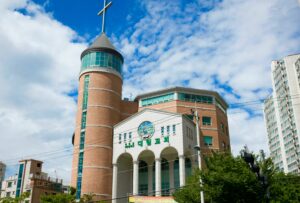 The system chosen to replace the previous (point-source) speakers was a line array set-up, ideal for ensuring improved sound pressure and clarity in the room’s oval layout, which is long (36 metres), relatively narrow (29 m.) and high (11 m.).

The main system comprises two hangs of twelve Outline Mantas 28 elements which, despite their relatively small format, are high-performance line array units with a radial angle of 120 degrees and a maximum output of 139 dB SPL. A pair of Outline DBS 18-2 subwoofers is flown behind each of the arrays.

Mr. SungHwan Oh, Hebsiba Multimedia’s CEO, explains, “As well as the main system, we also installed Outline’s Vegas 24 enclosures, used as front fill speakers and under-balcony delays to optimize coverage of the area of the congregation furthest from the altar. In both cases, the Vegas 24 speakers were specified for their wide coverage pattern, ensuring maximum coverage from a small enclosure.”

The latter aspect was of key importance, since, as well as crystal-clear sound transmission throughout the Great Worship Room, a low visual impact was also a priority for the system right from the drawing board stage, so the set-up had to feature medium-sized speakers, hence the choice of the Outline enclosures, which Hebsiba has specified in numerous other places of worship during the company’s fifteen years as the Italian manufacturer’s distributor.

Outline’s new Vegas 4 (single 4-inch) was deployed for choir monitoring and, belying its dimensions (120×120 mm), just four of the multi-purpose micro-speakers were sufficient to guarantee even coverage for all the choristers. 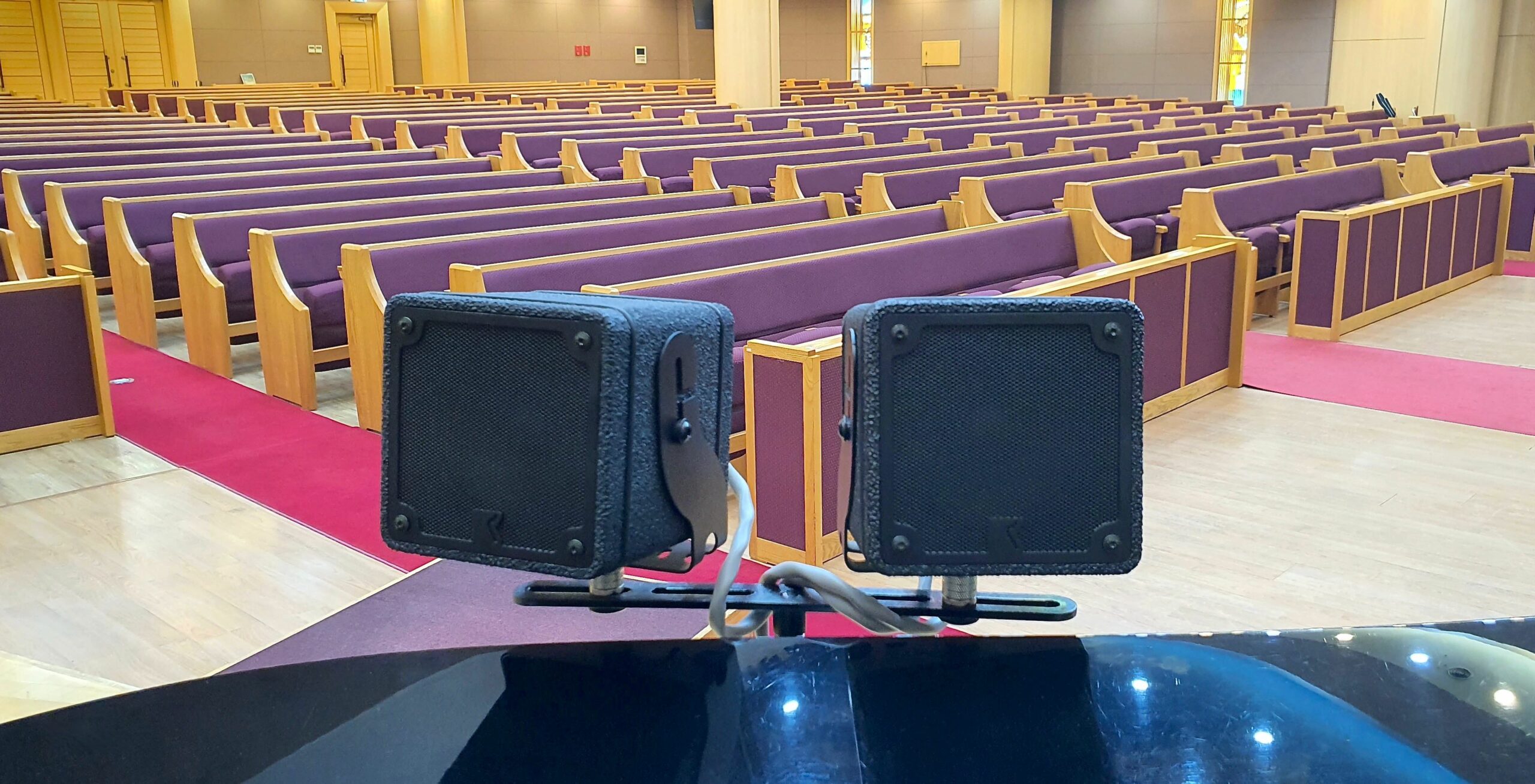 Floor/stage monitoring chores were carried out by four Vegas 12 CX and two Vegas 15 CX, positioned according to the ceremonies and events held in the church.

The Hebsiba team used Outline’s OpenArray 3D simulation software, as Mr. Oh adds, “We mainly used Direct SPL, as it is very efficient for previewing and modifying in advance variables that may occur in real life. Direct sound pressure distribution indicates the direct sound energy emitted by the speaker set in the simulation without going through reflections of walls or ceilings, etc….This information is the basis for composite sound and clarity analysis, of fundamental importance when designing sound systems for venues such as the Daerim Church, in which the clarity of the songs of worship and the intelligibility of the Gospel and prayers are all important.”

The church’s pastor, Rev. Dr. Deuk-hwan Kang, enthused, “First of all, I would like to thank Hebsiba Multimedia’s CEO and staff for suggesting the top class products from Outline and working hard to ensure the best sound.

During a worship service, it is particularly important that the preacher’s voice reaches the congregation in a clear manner and, after the Outline main and delay speakers were installed, I was very pleased that the message was delivered well to each congregation and everyone was satisfied with their performance.

We invited a world-famous saxophone player to play a concert in our church and were overwhelmed with the speakers’ magnificent sound, so I hope that Outline speakers become even better known to Korean churches, and be used more in places of worship around the world.” 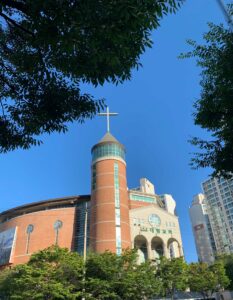 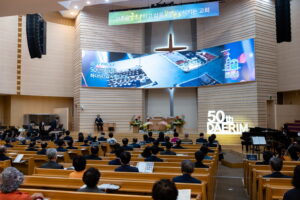 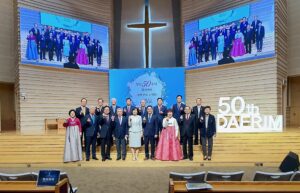 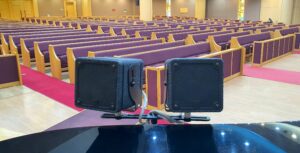 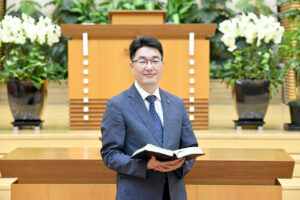