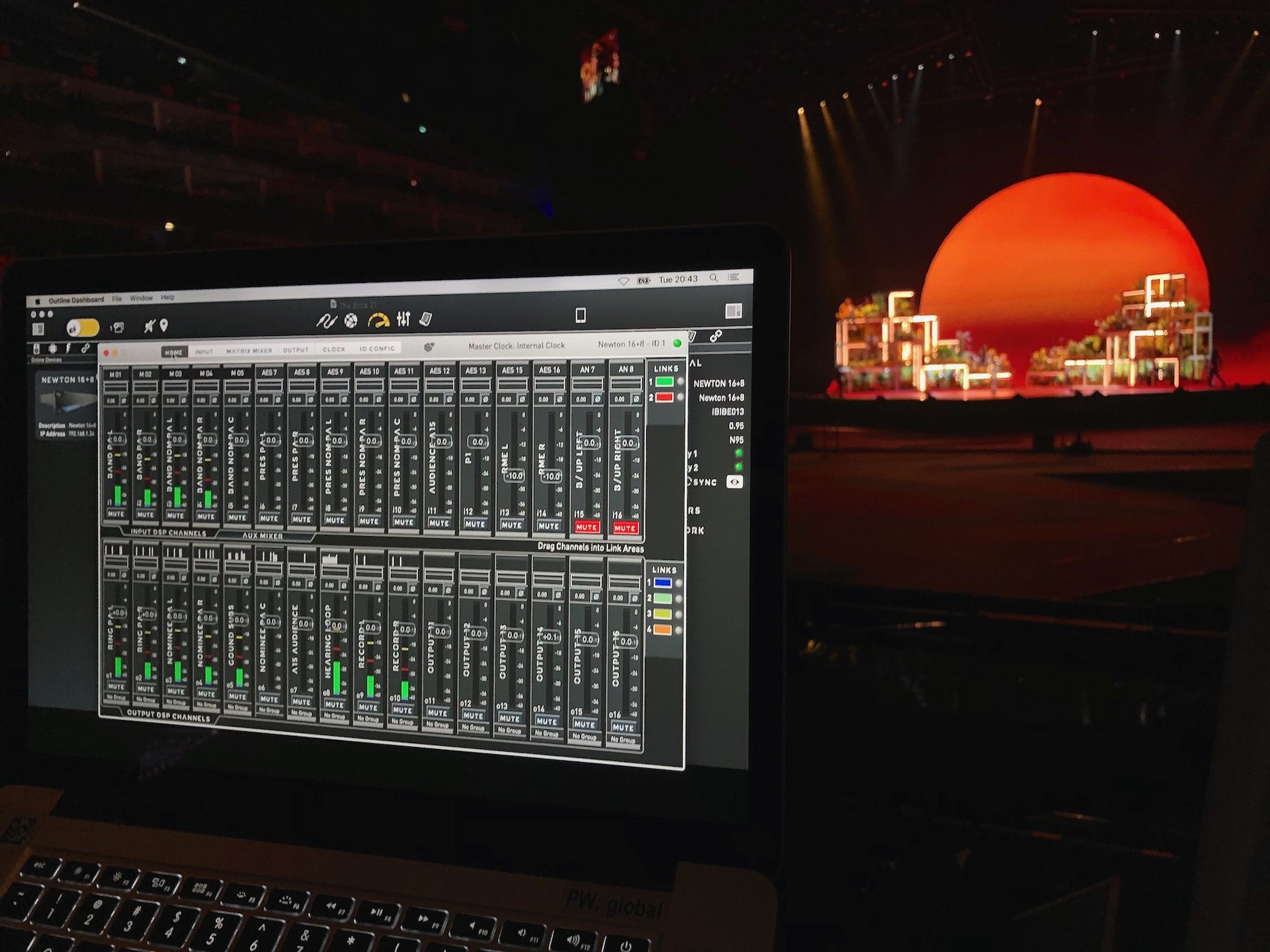 Outline’s Newton At The Heart Of The Brits

The 2021 Brit Awards were held at London’s 02 Arena on May 11th and once again the complex audio system was designed, provided and operated by Britannia Row Productions. As in 2020, a Newton processor was specified to deal with a number of mission-critical tasks at the very core of the system.

Apart from its established position as one of the music industry’s highest-profile annual events, the 2021 Brits was additionally notable as the UK’s first major indoor live music event in more than a year, following the impact of COVID 19. The event was staged with a limited live audience as part of a test by the UK government to trial the idea of crowds with no social distancing, along with the FA Cup Final and World Snooker Championship final as events that would feature larger crowds than allowed by law at the time. 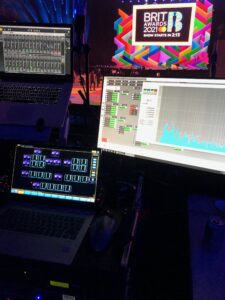 “The Newton was used to handle the matrix mixing from our FOH consoles into the PA and we were able to utilise its optical Madi, AES and analogue inputs to provide a main and redundant path from both the band console and presenter board. The 18×16 matrix also gave us additional inputs for playback, system tuning and alignment, with the unit simultaneously outputting back-up mixes for broadcast and additional effects used in the room.

This year the PA was a distributed ring system covering the audience in Level 1 of the bowl and the boxes, then to cover the nominees on the floor we used a separate Left /Right system. Due to the location of the presenter stage, perpendicular to the end-on performance stage, an additional speech system was flown above it to provide directionality for the nominees on the floor. The Newton made matrixing to these numerous elements simple.

The Newton’s Dante output supplemented our existing Dante drive infrastructure which was transmitted over fibre to our distribution in the roof of the O2. Here, this was converted to an AES input to the amplifiers, the majority of which were flown above the PA elements. Back-up was provided using the Newtons optical Madi output. Again this was transmitted to the roof over fibre where it was converted to analogue and distributed to the amplifiers.

The Newton’s ability to patch to the Madi output stream made it possible to provide each PA element with its own discrete back-up. This eliminated the need to split the analogue signal and also allowed us the function of soft-patching the back-up from FOH should a change be required.”

A TV audience of 2.9 million watched live performances from a diverse range of acts including Coldplay, Years & Years with Sir Elton John, Rag’n’Bone Man, Pink and Lewisham & Greenwich NHS Choir and awards being presented to Dua Lipa, Taylor Swift, Little Mix and Harry Styles among others.