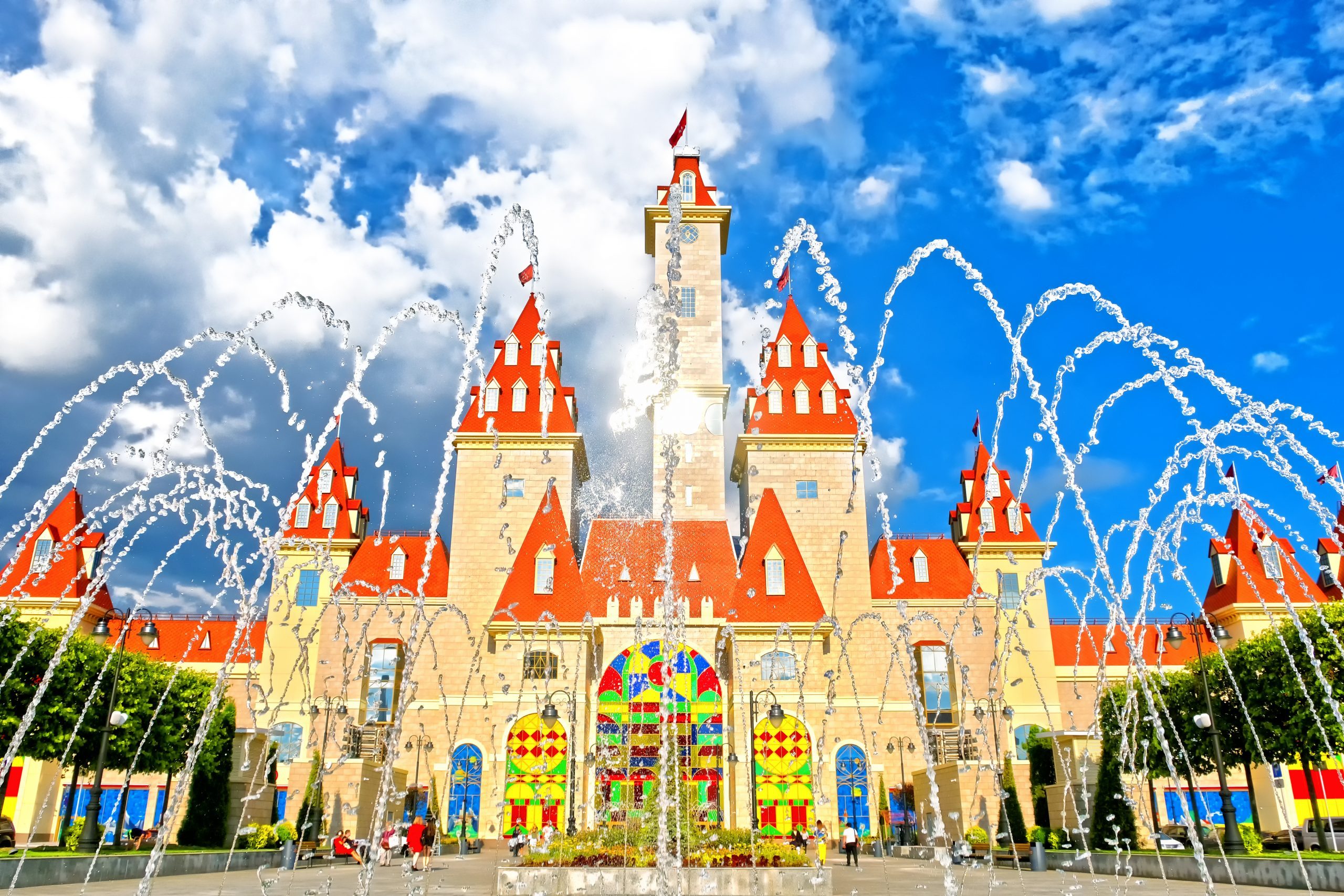 MOSCOW, RUSSIA — This year, the “Dream Island“, a unique cultural and entertainment complex in the Nagatinskaya floodplain on the banks of the Moskva River, opened its doors for the first guests.
The park is part of a huge renovation project of the former ZIL industrial area covering some 600 ha. It is divided into four areas: sports grounds, a residential complex, a stadium and the “Dream Island” entertainment complex. 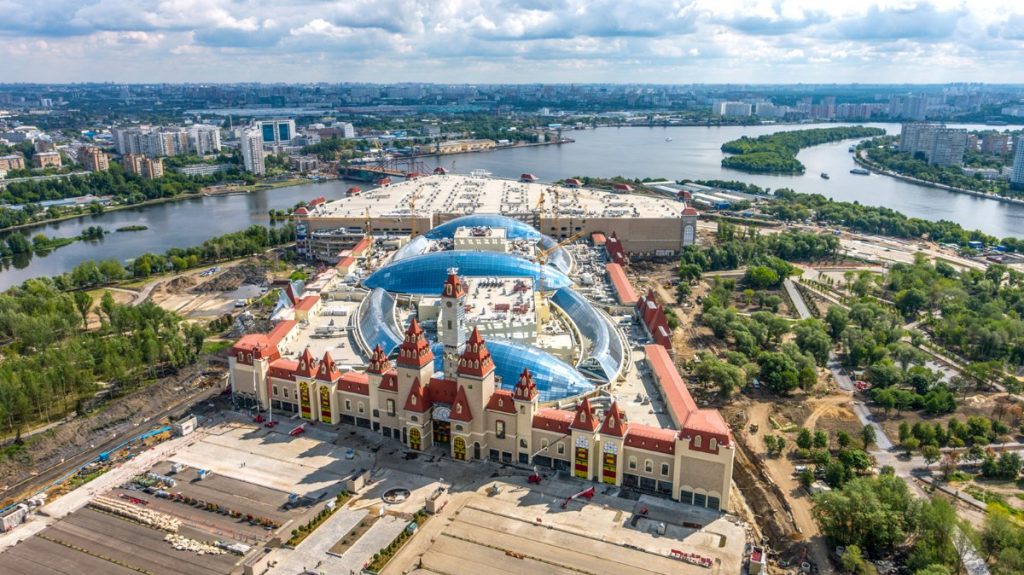 The well-known American architectural bureau Cunningham Architects, which has such successful parks as Disney California Adventure Park and Havoc in Heaven in Guangzhou in their portfolio, was invited to develop the project. The bureau designed not only the architectural concept, but also the main engineering sections, including lighting and sound.

Design, supply and installation of the sound, lighting and video equipment was committed to Sofit Light – a renowned Russian integrator and Outline’s distributor in Russia. The company’s specialists took part in the development of the project, delivery and installation of the theme park’s background sound system, technical support for the main attractions, multifunctional holographic show, theatre and concert venues.

One of the most unique venues of the park is the “Dream Theatre“. The Sofit Light company has carried out the design, supply, manufacture, installation and commissioning of equipment for the theatre.
The hall, designed for 600 spectators, is home to a unique holographic theatrical performance “Mowgli in the land of dinosaurs” which is successfully held daily several times a day, where an actor is also involved. The main character goes in search of the magical flower Majelba in a mysterious land and goes through exciting trials and overcomes difficulties. 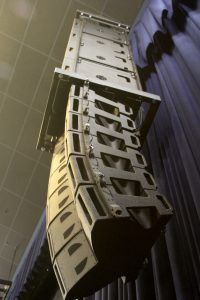 The work on the project was carried out in close cooperation with the director-producer and developers of the holographic show by the “CEO & CREATIVE” company. The Sofit Light company had the task of developing the project, supplying and installing all mechanical, lighting, sound and media-visual equipment.

The hall’s sound reinforcement complex has been designed using the products of one of the flagships of the acoustic industry – the Italian manufacturer Outline. The capabilities of the system make it possible to use it not only for holographic shows, but also for any type of events, concerts and even film screenings.

The sound reinforcement system of the Dream Theatre consists of a L-C-R Mantas 28 line arrays with 4 18″ subwoofers SUB 118 per side (L-R). The reason for such placement of subwoofers is given by the specifics of the scene, designed for a holographic show, but the capabilities of the system allow you to use it for any event.
Along the perimeter of the hall there are 24 additional full-range acoustic systems, 6 of which are Outline Vegas 24 mounted in the stage barrier and are intended for front fill application, while 18 Outline MVFX101 speakers are installed on the walls of the audience hall as part of the surround sound channels or to work together with the main system through the delay lines. 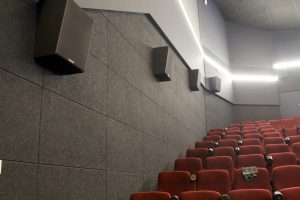 All acoustic systems are powered by the multi-channel amplifiers Outline X8D and Powersoft Ottocanali 8K4 DSP+D with built-in DSP and Dante protocol support. The processors save the preset settings for various types of events, and Dante interfaces allow you to quickly exchange the audio signal in digital format between the audio output channels of the video display system and the corresponding components of the sound reinforcement system. The whole system is driven by Outline Newton 16+8 FPGA-based multi-source processor, which makes it possible to switch operatively between different operating modes of the system. Newton is also used as a redundant synchronization center for audio and video streams of the entire hall. If the main sync source is blocked for some reason, the system automatically switches to sync from other devices listed sequentially in the priority list.

Alexander Klinushkin, Outline’s Representative in Russia, comments: “We were given the task of creating a multipurpose hall that would be used not only for the holographic shows several times a day, but also for live music concerts, cinema and other types of events. This is why we have decided to combine line-arrays and surround sound systems, and to use Vegas 24 as front-fills. The Newton processor makes the whole system run smoothly in any configuration you may need”. 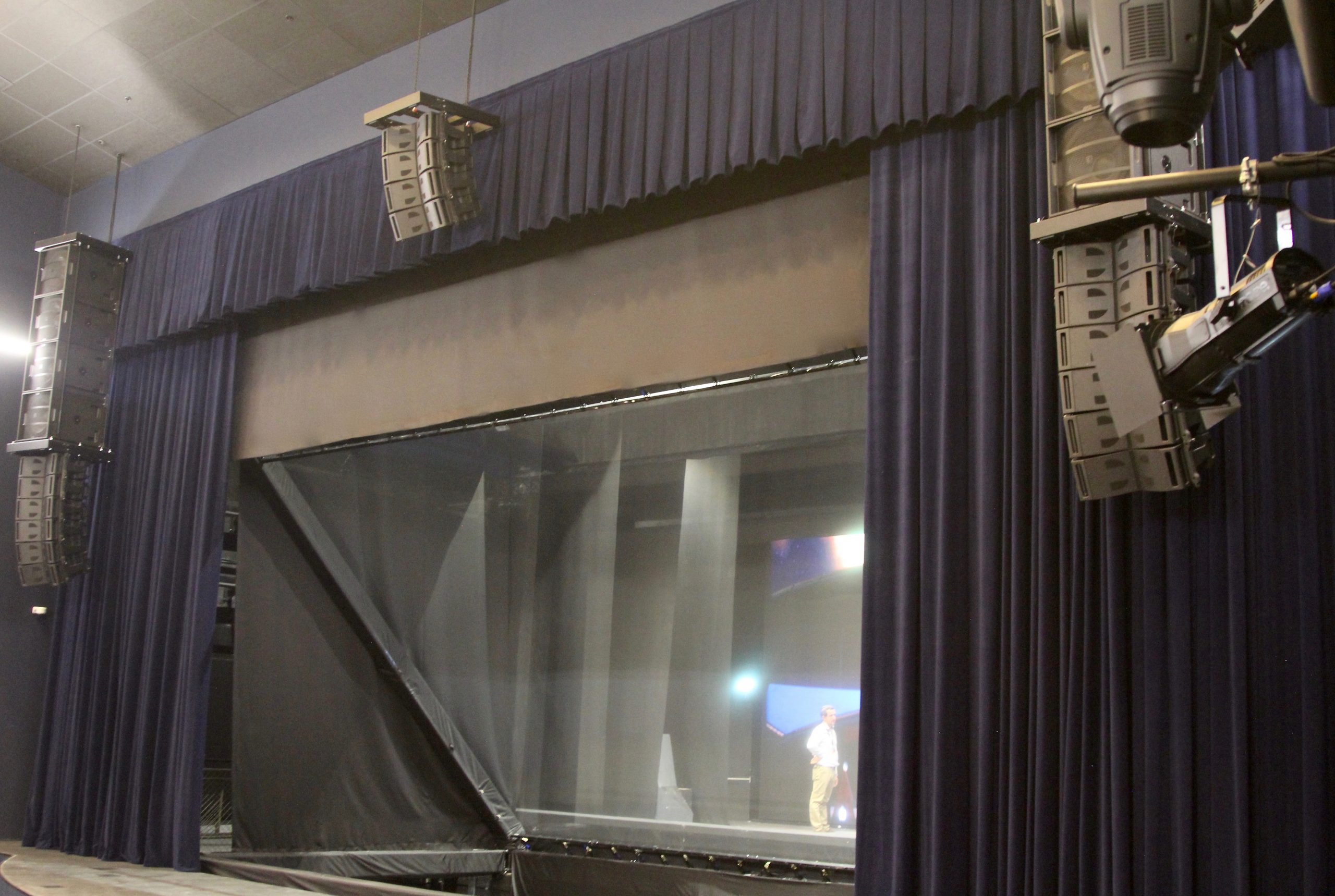