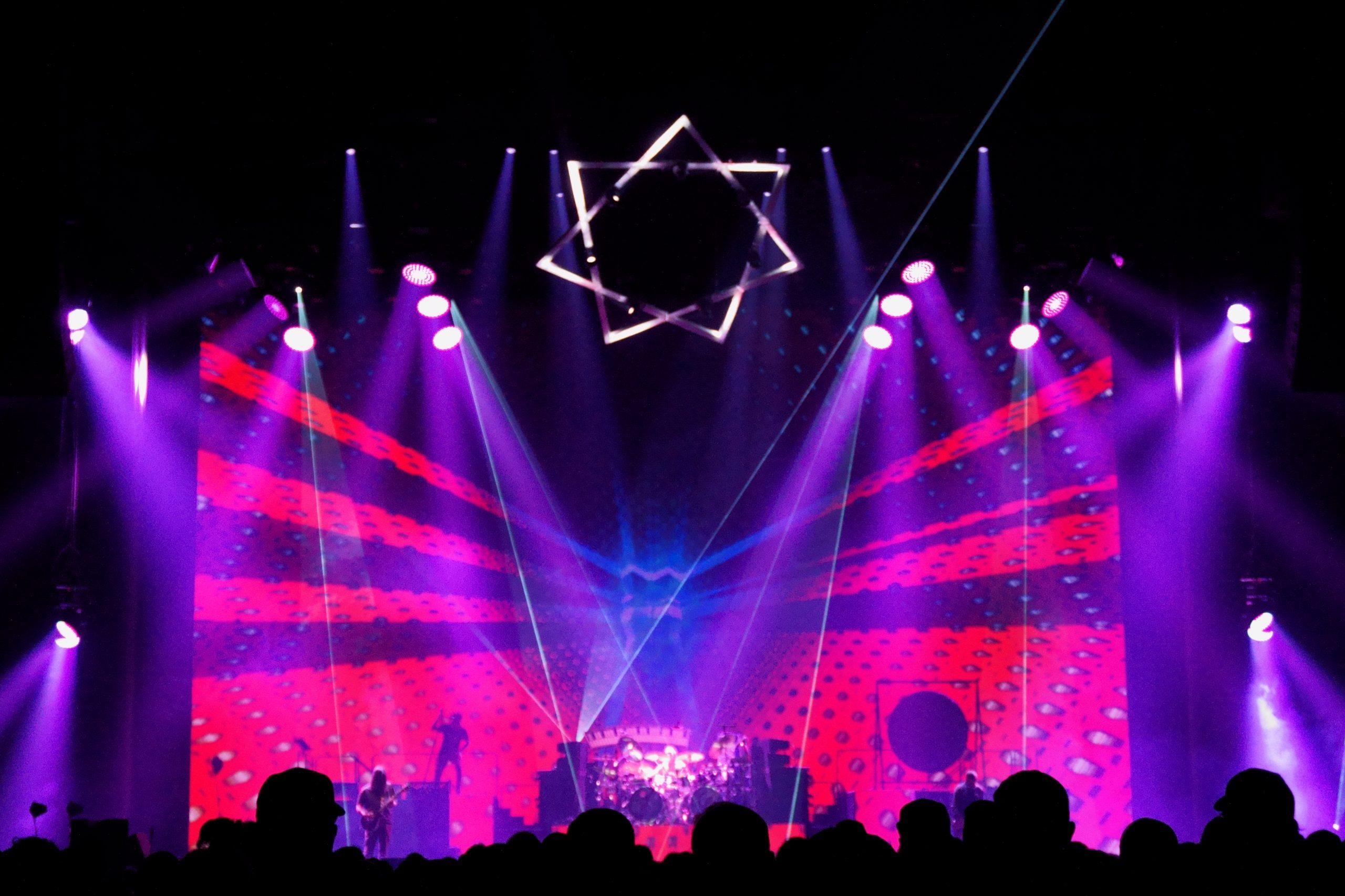 Multiple Grammy Award-winning, genre-defying LA band Tool are in the midst of a world tour following the 2019 release of their latest album Fear Inoculum, their first recording since 10,000 Days some thirteen years previously.

Tool’s dense, multi-layered and polyrhythmic sound is mixed at FOH by Alan ‘Nobby’ Hopkinson while the very complex audio system (an all-d&b audiotechnik rig provided by Eighth Day Sound) is managed by System Technician Liam Halpin. No stranger to arena-sized, multi-zone PA systems and having worked with the band since 2015, Halpin was also an early adopter of Outline’s extraordinary Newton FPGA-based processor (patent pending).

He comments, ‘As far back as 2008 I actually wrote and submitted a spec for a device like Newton to a few of the major signal processing manufacturers – at the time it was a digital version of the Midas XL88 which was the industry standard unit for managing multiple analogue consoles in festival-type situations. I could see the coming need for something with all its matrixing capabilities and great sound but with an updated feature set to accommodate digital consoles – sadly none of the manufacturers were as excited about it as I was!’

‘Fast forward to 2016, when Capital Sound bought their Outline GTO system and I found myself in conversation with some of the guys at Outline who mentioned that they were working on a very advanced multi-purpose system processor. My first contact with Newton was also through Capital and I later used Newtons with great success on the Sam Smith tour, which they supplied. Since then, Newtons have been repeatedly making my life easier.’

Halpin describes how a pair of Newtons are now pivotal to the immersive audio system touring with Tool: ‘The Newtons are my main front-end for the whole drive system. I run a pair simultaneously as main and backup, with their inputs taking Y-splits from the (analogue FOH console) Midas XL4’s L&R outputs, L&R from the Midas Pro2 (used for the separate ‘effects’ audio system and for the support act if they don’t have their own console), L&R plus sub on both analogue and AES for any guest consoles and L&R plus sub feeds from the TiMax SoundHub-S64 spatial audio processor which controls the effects PA.’

‘The Newton outputs connect via Dante to a rack of d&b DS10s (Dante to AES converters) and from those to the racks of d&b amplifiers. The amps will effect automatic switchover in case of any interruption to their Dante subscription, so that is where my primary failsafe is located. It’s very easy to copy and paste sets of data from one Newton to another so at all times both are configured identically – in this way the two Newtons provide fail-safed master matrix processors for every part of the entire loudspeaker system.’

He continues, ‘The Newtons offer me so many real advantages – for example, the ability to easily create control groups of outputs really helps in both setup and system tuning. I also make pretty extensive use of the WFIR filters (patent pending technology), for both room and system EQ and they are definitely more powerful yet somehow more transparent than the FIR filters in other units. Obviously we never have any issues with multiple-console clock sync now, just plug everything into the Newtons and it will work, I don’t even have to think about it.’

‘Newton has also made life so much easier from a matrixing viewpoint, important for this show in particular but now I wouldn’t be without all that extra flexibility. Having such plentiful input and output options, being able to use several digital formats plus analogue simultaneously, even our walk-on music is a Dante patch from a computer, no need to use up a channel on the console or use an external switcher of any kind…’

Halpin concludes, ‘The reality is that we would need a rack full of pretty much any other processor currently on the market to do what one Newton does for us. I will quite happily use them on every show I do and in fact NOT using them almost feels like a decision to make my life harder!’ 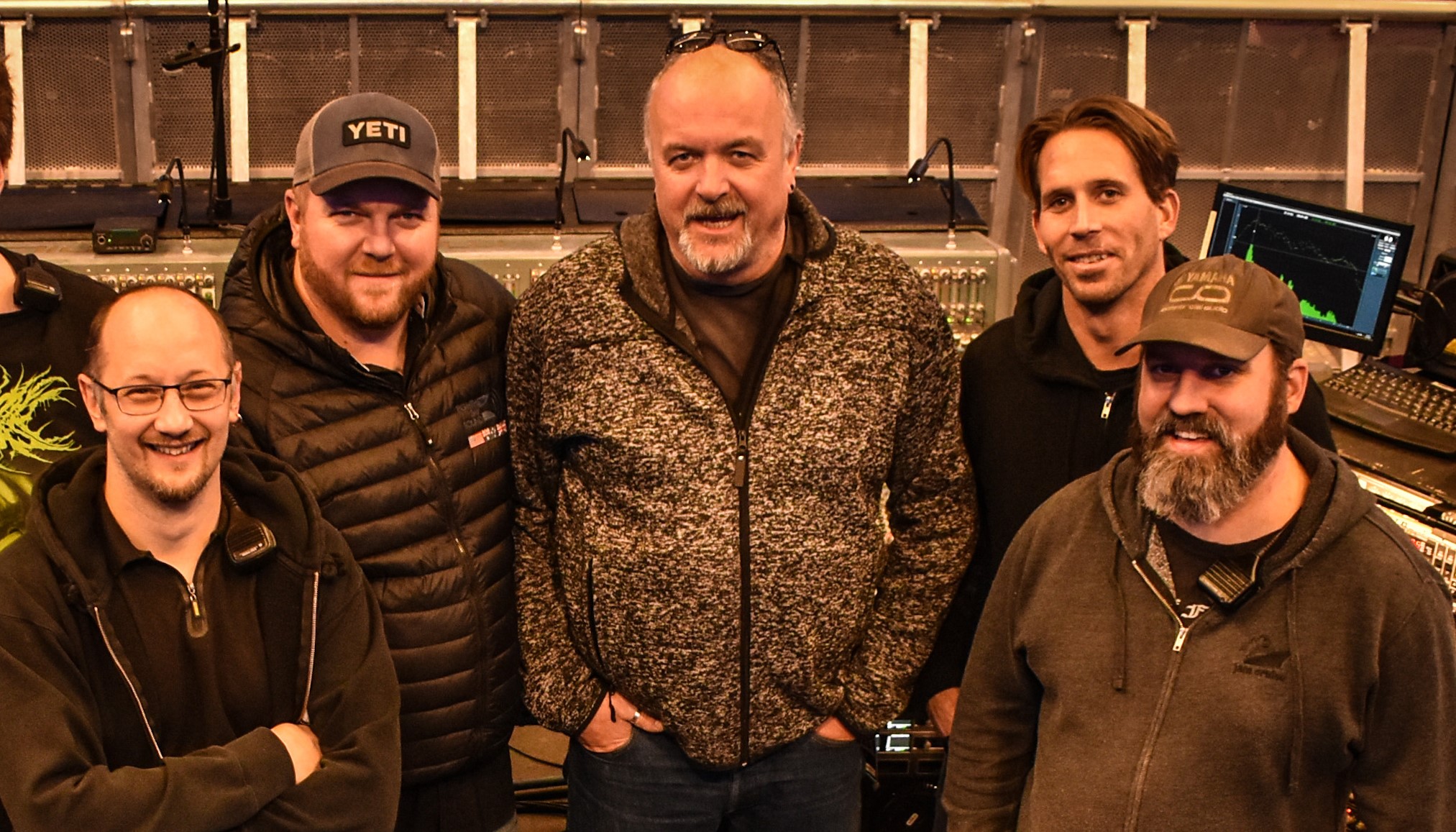