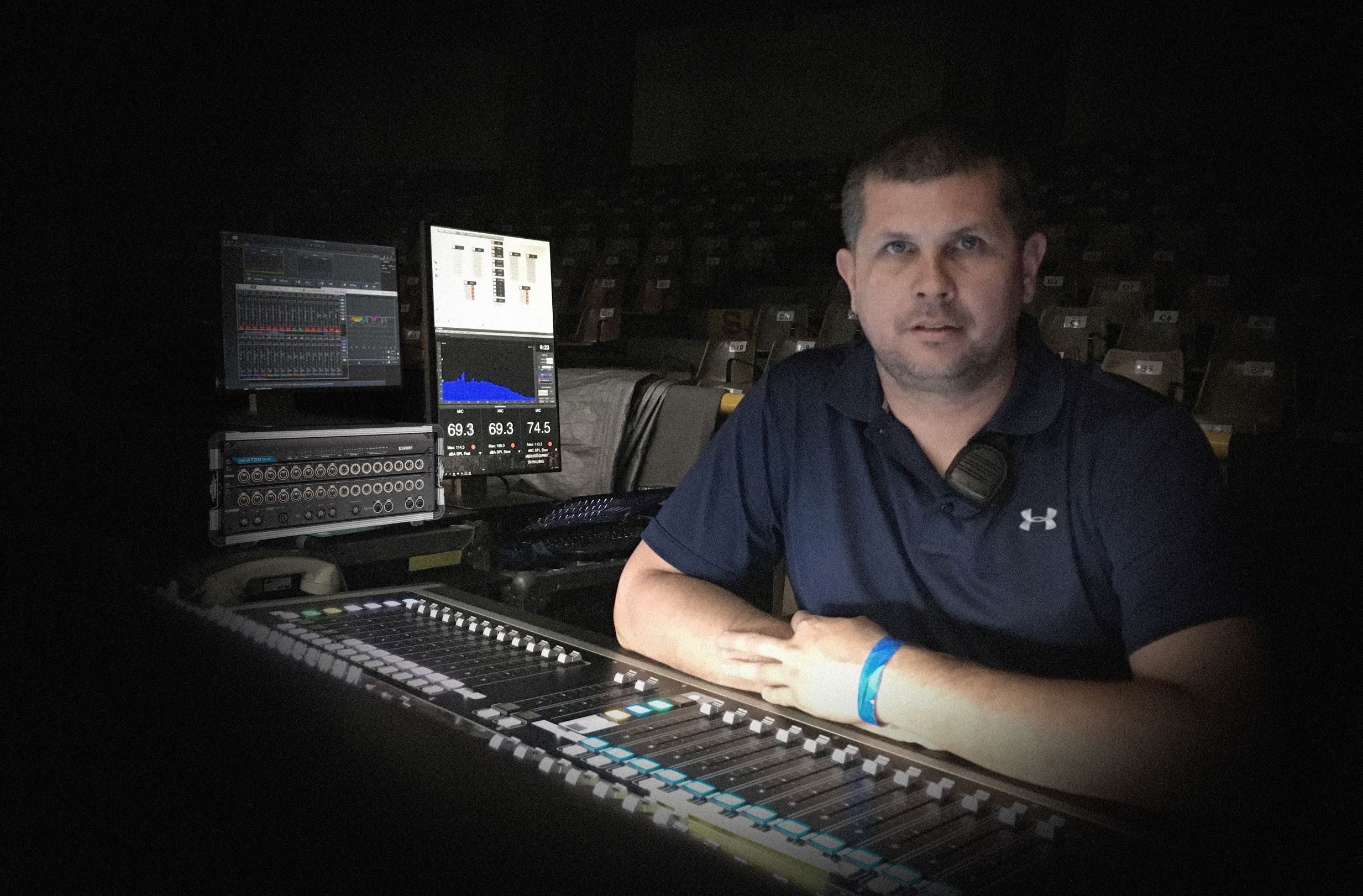 São Paulo-based Gabisom Audio Equipment, one of the world’s largest and most well-respected audio hire companies, has just made a major investment in Outline’s unique Newton FPGA processor.

Gabisom celebrated its 35th anniversary in 2019. Owner and founder Gabi Ferreira has steered the company through the many changes seen in his homeland since 1984, building a multi-disciplinary operation employing 300 people that works in concerts, musical theatre, corporate events, fixed installations, tours and sporting events. Amongst much else, Gabisom is the audio provider for all the various Rock in Rio events worldwide and for the fabulous Rio Carnival which attracts two million visitors daily.

Gabisom are also the go-to choice for international artists touring Brazil, whose productions rely absolutely on the company’s unique knowledge of their country and its challenges. The list of artists who have relied on Gabisom is a veritable Who’s Who of stars – a random sample from the past includes David Bowie, The Sex Pistols, Duran Duran, UB40, New Order, Sting, The Ramones, James Brown, Metallica, Ed Sheeran, Bryan Adams, Iron Maiden, Hall & Oates, the Rolling Stones and many more. In the last year their projects include João Rock Festival (featuring Brazilian national artists), Rockfest 2019 with the Scorpions, Whitesnake, Helloween and Europe, Muse, Shawn Mendes and the Prevent Senior 360º corporate stadium event.

Outline’s Newton processor has been taking the pro-audio industry by storm since it was launched at prolight&sound in Frankfurt in 2017. Its unique combination of features has, in a very short time, made it an indispensable tool for audio providers globally, being used with sound systems from every major manufacturer. Gabisom’s latest investment in this unique technology from Outline extends an initial purchase made in mid-2019 and means that they now have the largest Newton inventory of any company in the world.

Gabisom’s Senior System technician Eder Moura commented, ‘I love to use Newton because it is no trouble, we can now have the festival matrix desks plus the festival desk with videos, DI and MCs without problems, we don’t need to worry about clocking issues. Also, 16 outs with tons of processing power is amazing and last but not the least the Smaart integration is amazing.’

What specific technical advantages does Newton offer Gabisom’s crews? ‘Newton is the way to go now in the digital world, in a single rack space unit we can do a lot. We use our Newtons as system management, summing desks on festivals and output control for the system, linked via Dante to feed delay towers. Also, Newtons solve the clock sync issue when combining with different digital audio sources – that’s the best thing in the world! Also the EQs are so precise and smooth with their phase response.’

Moura continues with some recent examples of their Newtons in use: ‘We recently supplied a 360º stadium show for a corporate event, feeding AES out for eight hangs of Martin MLA with MLX subs and MLA Compacts as front fill. For the delays on the upper level we connected a second Newton via Dante and sent another four outputs via Dante for 12 hangs of L-Acoustics K2. Elsewhere at Shawn Mendes’ concert we had the Newton receiving L/R, Sub and Front Fills from their system and matrixing the signal for 270º stadium hangs of Martin MLA, MLX subs and MLA Compacts for front fill, plus seven hangs of L-Acoustics K2 hung on the stadium roof doing the upper levels, again fed via Dante from the Newton.’

‘At Rockfest we used the Newton to matrix in LR from four desks plus Sub and Front, some on AES, some via analogue, plus the festival desk with video and MCs in on the Aux input. The Newton AES outputs fed the d&b DS10 to drive the GSL main system and outfills with SL subs and Vs as front fills plus four delay towers of ten d&b Js each.’