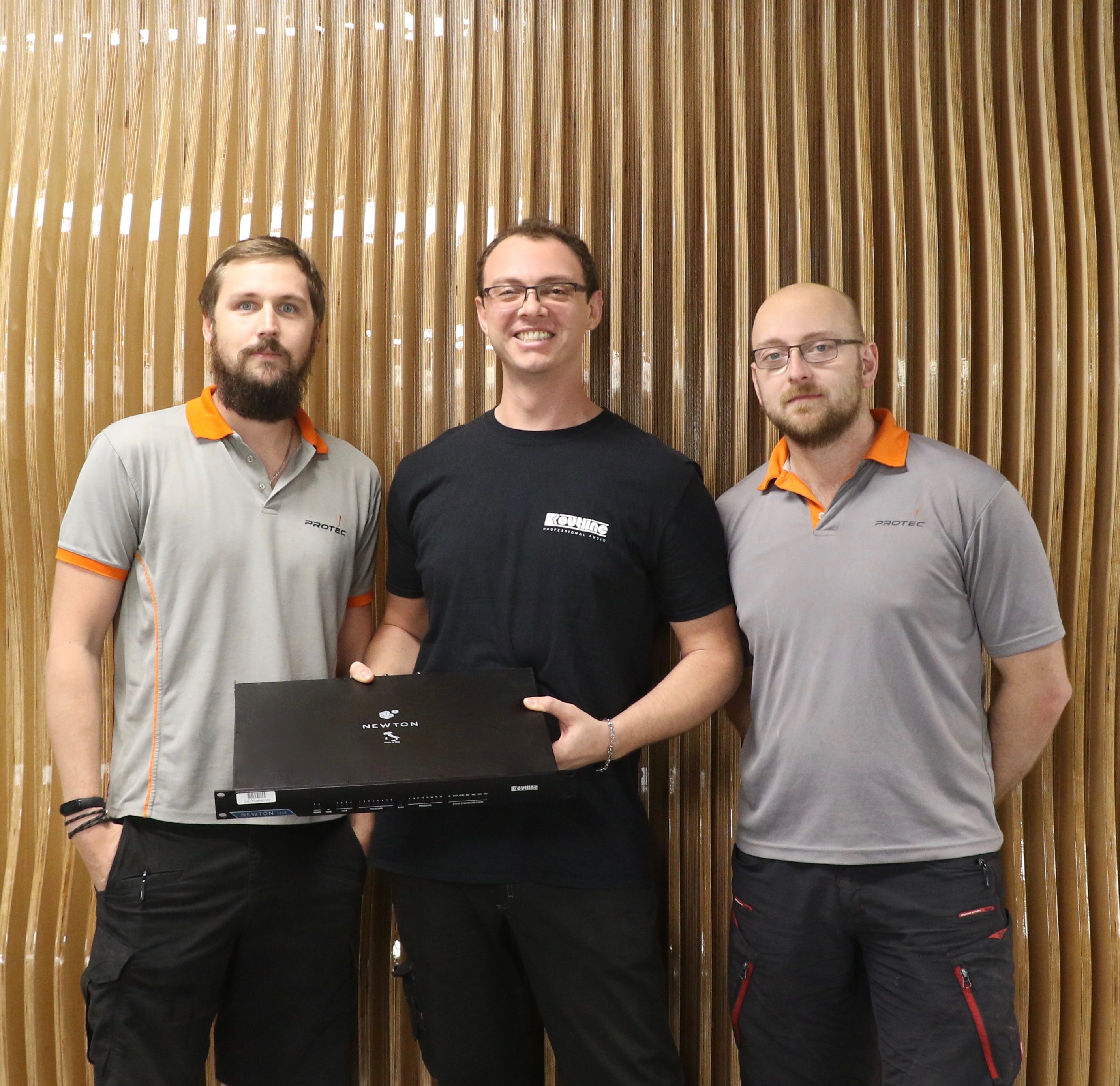 In the image above, left to right: Tim Allison, Luca Gianni, Chris McAleese

Thanks to the logistic support of Outline’s Newton distributor for the UAE, Prolab LLC, Production Technology LLC (Protec) recently took delivery of the first Newton in the region.

Established by industry leader and habitual pioneer Stephen Lakin, Protec, which has branches in the UAE, KSA and UK, has been the cornerstone of the events industry in the Middle East since 1999 and is one of the largest and most reliable technical & staging solutions company for events in the area. Protec delivers production solutions ranging from hi-end corporate events through to large stadium shows across the Middle East, Africa, Asia, UK & Europe.

Newton Product Specialist Middle East Luca Gianni helped to organize a demo in the field during an event in KSA and hosted a complete in-depth training course exclusively dedicated to Protec technicians, to ensure that the new processor’s possibilities were exploited to the utmost and the team was able to make the best possible use of its great processing capacity and versatility.

Tim Allison, head of Protec’s audio department, stated that the Newton processor (to be precise a Newton 16+8 plus patch panels) would be immediately put to use on large-scale events in the UAE and KSA, and continued, “I envisage the Newton (or maybe more than one) as an integral part of all our FOH main processing racks.”

Luca Gianni confirmed, “The Protec team is highly qualified and will definitely make the very most of the Newton, thus increasing the company’s in the field and particularly during festivals and large-scale events.”

One such event that gave Protec the opportunity of immediately putting the Newton through its paces was the Mariah Carey concert, held on October 20 at Burj Park. One of the world’s most successful artists in music history, with over 200 million album sales and five Grammy Awards to her credit, Carey performed as part of the celebrations of the One Year To Go Expo 2020 campaign.

Gianni concluded, “For a product specialist, explaining the technology and features to a team of professionals is always extremely satisfying and this was definitely a truly great start for a long-lasting collaboration with one of the largest production companies in the Middle East.”