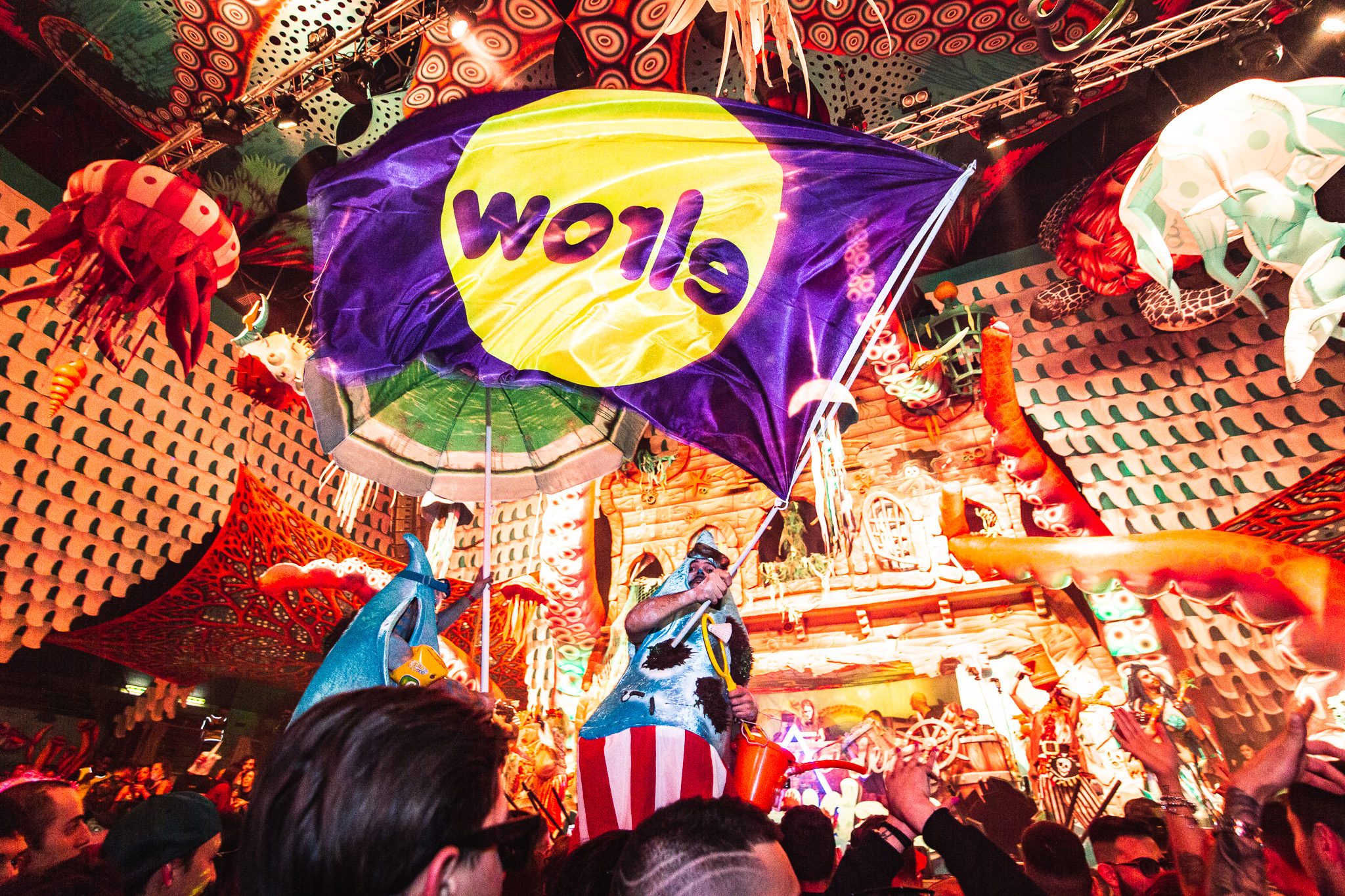 The global Elrow event stops off at Genoa

Following last year’s success, in 2019 the RDS Stadium in Genoa (Italy) once again hosted the event – www.elrow.com/en – launched in Barcelona that revolutionized the concept of partying and, with its characteristic crazy explosion of colours and masks, in a few years has become one of the most famous events of its type in the world, thanks to a series of tours that have taken it to Ibiza, throughout Europe, America, South Africa and soon in China, chalking up incredible attendance figures.Behind the consoles, there were some of the most popular DJs of the moment: Dennis Ferrer, Marc Maya, Milkborg, Toni Varga, Anabel Sigel and Federico Guttadauro, so sound quality played a fundamental role in the successful outcome of the event, promoted by RST Events of Genoa. The audio rig able to meet the requirements of the world-level event was supplied by Show Technologies TM of Recco (Genoa) with an Outline system. 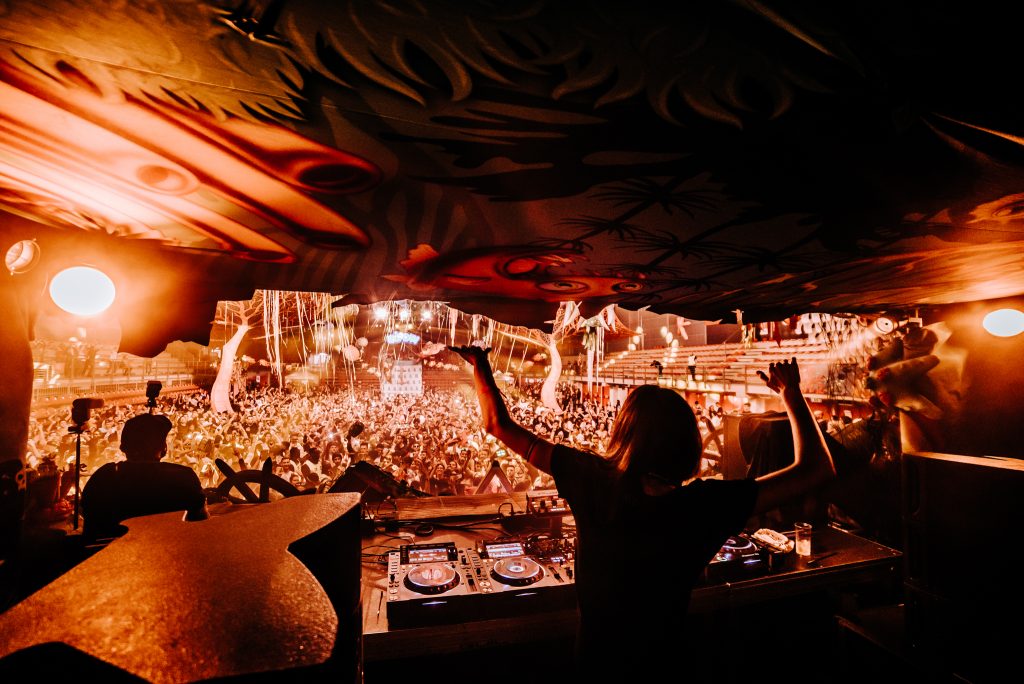 PA man Giancarlo “Jerry” Paladini continues, “This type of event, featuring Techno music with DJ sets, has reached production costs of tens of thousands of euros, to the point of being comparable with rock concerts with medium/large artistes. Consequently, the performance expected by artistes and promoters from the rigs has increased considerable. Many DJs arrive with their own sound engineer, who has the job of checking the systems’ performance and, if necessary, making any changes to achieve the required results.

Artistes have also built up considerable technical experience, and take great care with the quality of sound reproduction, paying close attention to SPL, distortion and clipping, which in the past was very rarely done. It is therefore obvious that the audio rigs must be top grade and ensure excellent coverage on the entire area occupied by the audience, as befits a real live concert.”

“However, there is a big difference”, adds Paladini: “they must also ensure 130 dB SPL and more for an entire evening, in other words at least 6 hours, so a considerable amount of equipment must be installed.” 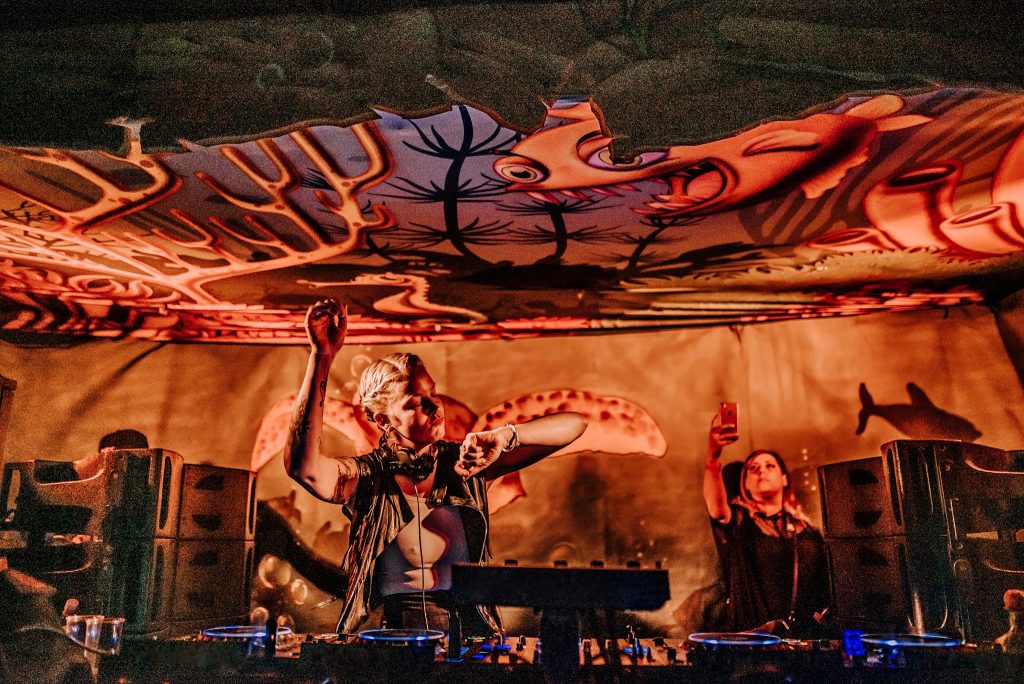 To reduce the space occupied by the twenty Outline DBS 18-2 subwoofers deployed, they were positioned under the stage, divided into two groups of nine in end-fire configuration at the sides and the remaining two positioned in the centre to optimize distribution.

As well as ensuring a “cleaner” stage zone, without foregoing a more enjoyable impact for the front rows of the audience, this enabled an increase of at least 3/4 dB of dynamic headroom on the low frequencies. The subs were powered by Outline T11 and T9 amplifiers.

Jerry enthuses: “I would say that the result achieved was really exceptional. The sound pressure was very high and well distributed over the entire floor of the venue (the stagefront was over 40 metres wide) with an impeccable quality, and we managed to reduce to a minimum the reflections due to the venue’s walls, thanks to the great directivity of the system’s components. 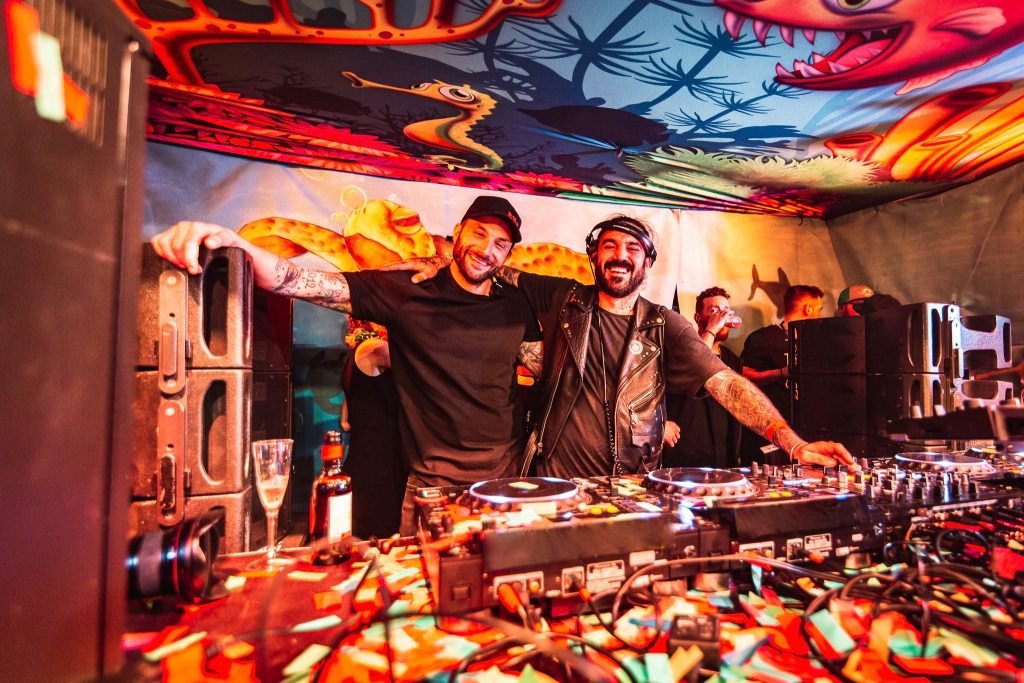 Bozzo continues: “For the DJs’ monitoring, we used two stacked clusters, each made up of three Outline Mantas modules, positioned on the left and right of the artistes, atop two DBS 18-2 subwoofers (one on each side). For some, this could seem rather excessive, particularly for monitoring for one person, but apart from the technical rider to be respected, and on the condition of not exaggerating with the volume (otherwise risking permanent hearing damage), it definitely ensures enjoyable listening and is much better than an under-sized system running almost on clipping level.”

Here too Paladini confirms: “The result was excellent, also judging by the appreciation expressed by the artistes performing.” 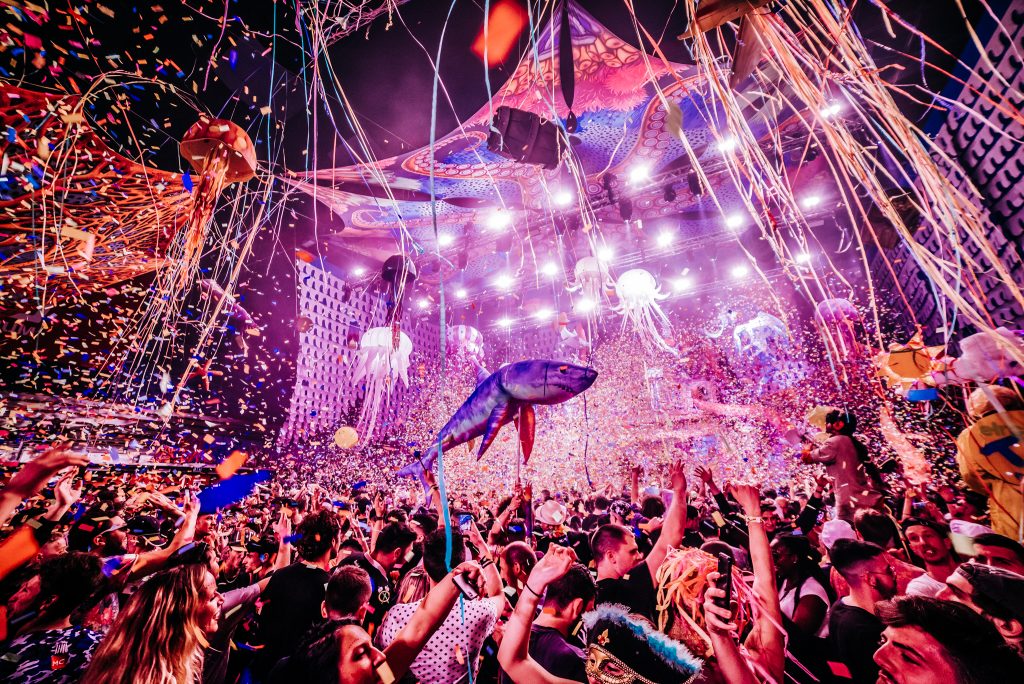 After the event, Paladini stated, satisfied, “The overall result was even better than my expectations and the various problems cause by the type of event and location were really easily solved.”

Bozzo confirms: “The floor area coverage was consistent and uniform, the front fills enabled us to open the two main clusters slightly outwards and thus cover the tiered seating opened for the occasion, as the event sold out. In short, with the audience satisfied, us satisfied, the promoter satisfied and the artistes too, things couldn’t have gone better!”