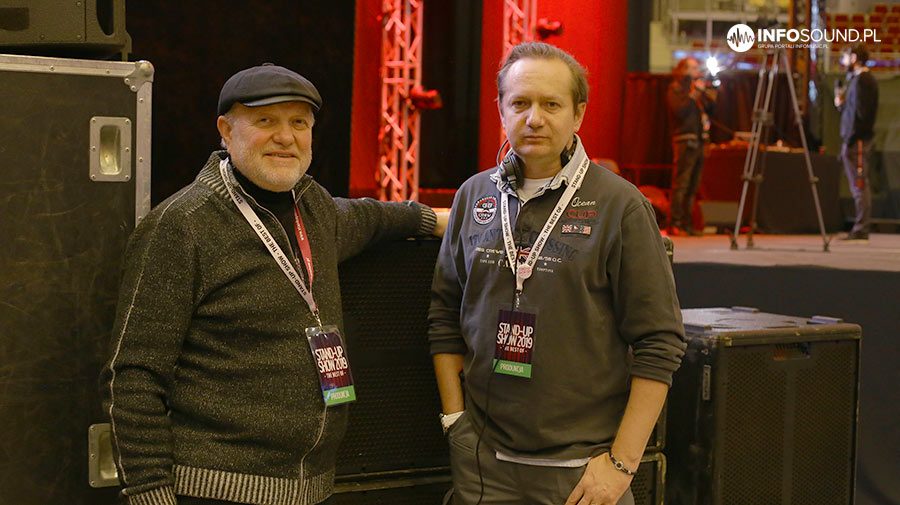 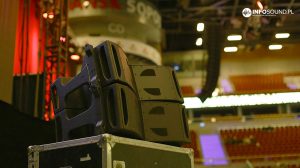 The first half of The Stand-Up Show 2019 Tour took in the largest indoor venues across thirteen major Polish cities, playing to sold-out crowds in every location. Audio production was provided by Poznań-based Gigant Sound Letus who did the initial dates with their Outline GTO C-12 system before introducing their newly-acquired Superfly rig mid-tour. Whilst unusual the mid-tour switch didn’t faze anyone, in fact quite the reverse as confirmed by some key figures involved in the project…Jakub Mikołajczak fulfilled the dual role of system technician and FOH sound engineer on the tour. He commented, ‘My first contact with the Outline Superfly system was during the BAJM tour in 2018. I was truly impressed with how powerful and great-sounding the Superfly was.’

‘We changed the C-12 system to Superfly more or less in the middle of the tour and to be perfectly honest, very little changed in the quality of the sound despite the much smaller physical size of system. Coverage, dynamics, and tonality weren’t affected in any unexpected way, despite working in quite acoustically demanding auditoria (e.g. Ergo Arena in Gdańsk, Torwar in Warsaw and Globus in Lublin, Olsztyn). Superfly simply sounds like Outline, so the quality of the sound is unquestionable and reaching the desired sound is easy and intuitive for a regular user of Outline speakers.’ 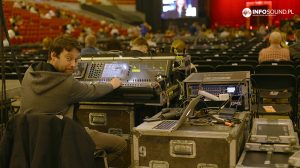 Mikołajczak concludes, ‘Stand-Up Show 2019 Tour was more than just spoken word, as it also included a band which, due to the genre of the music presented, required some punch. To my mind, the requirements were met. The small size of these speakers compared to their potential should be appreciated as well – just 12 to 16 modules in total were enough to cover the floor of almost all the halls. The acoustic prediction in OpenArray3D and easy aiming also make using the Outline Superfly system a pure pleasure.’

The tour was promoted by Maciej Wilk of Stage Production and he also expressed his satisfaction with the performance of Gigant Sound’s Superfly system:

‘This tour was absolutely the greatest comedy event in Poland, with all venues sold out. After consulting with Jerzy Taborowski I agreed to change over to the Superfly system in the middle of the tour to provide our customers with even better sound quality and intelligibility, which is so important in stand-up, everywhere in the audience.’

‘The extremely positive opinions of the crowds after the event but also of the performing artists only confirmed me in the rightness of this choice – the system worked perfectly in all halls, even the largest ones.’

‘We were asked by the promoter, Maciej Wilk, to provide the audio systems for this tour and when I received information in the middle of the year that tickets for almost all halls were sold out in the first two days (nearly 100,000 tickets for the first winter tour), I knew it would require our full attention and careful configuration of the systems for the various locations.’ 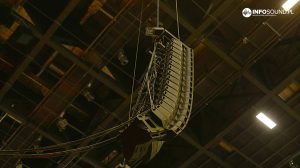 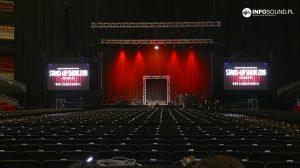 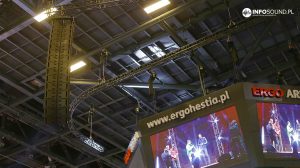 ‘We played on all the largest indoor venues in Poland using the same basic design almost everywhere, i.e. four outfills (first and second line L&R) plus a stereo delay and front fills. For all of these we used our Outline systems in various configurations depending on the size of the hall and audience size. About halfway through the tour, during a few days break, Superfly was brought in as the main system once some custom transport parts had been delivered. We were immediately surprised by the almost imperceptible change in the sound, despite the completely different construction of the boxes and their decidedly smaller sizes, weight and components used. Of greatest importance is that Superfly is still absolutely Outline with the large, dynamic, clean and precise sound that we’re used to hearing.’ 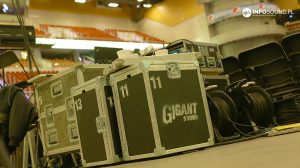 ‘However, in these days it is very important to reduce transport costs and time for hanging the system. Considering the extremely small dimensions (each cabinet is only 24cm high and weighs only 38 kg) yet containing four cone transducers and a compression driver, Superfly is the clear leader in the current audio market in design and ease of use.’

Clearly very happy with his new purchase, Taborowski says, ‘During the last concert of this part of the tour (at the Ergo Arena in Gdańsk), we used Superfly as the main system with Mantas enclosures as downfills, outfills, frontfills and in the delay positions – in total 32x Superfly, 100x Mantas and 12x DBS 18-2 subwoofers, a really big system. Sound in every part of the hall’s audience was perfectly intelligible despite the often unfavorable acoustic conditions. That’s what I expected from Superfly, and the extraordinary flattering reviews after the concerts justified my expectations.’