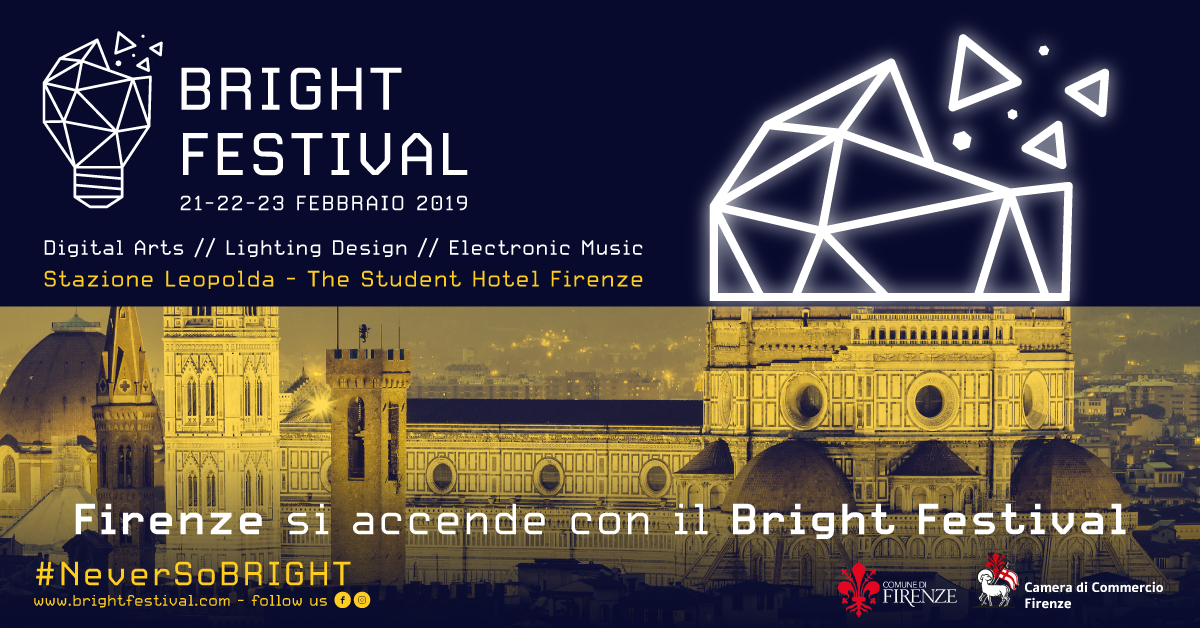 Outline shines at the Bright Festival in Florence 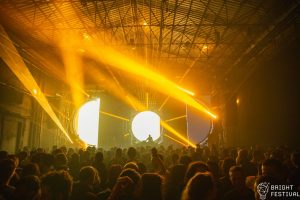 Florence (Italy) – On February 21st 22nd and 23rd, Stazione Leopolda and The Student Hotel in Florence (Italy) hosted the first edition of the Bright Festival, an event dedicated to digital art, lighting design and electronic music, organized in collaboration with Florence Chamber of Commerce and Municipality and addressing pros, students and buffs/fans of the three sectors.

The Festival’s innovative format proposed an original fusion of education and entertainment, which was anything but conventional “edutainment”. The daytime program featured meetings, master classes, workshops and lectures, which covered highly varied topics: from music production to virtual reality, in collaboration with universities, Italian and international companies and start-ups. Participants showed great interest in all the initiatives dedicated to electronic music, but also those regarding projection mapping, lighting design for shows and digital photography.

Evening entertainment at Stazione Leopolda also met with great success, and the public were treated to shows by the most important artistes on the electronic music scenario, with exponents of international calibre such as Derrick May (considered one of the inventors of Techno), Francesco Tristano (eclectic Luxemburg musician and composer, equally at home not only with music electronic experimental, but also with classical music and jazz), Sweden’s La Fleur and many more.

The Festival’s General Manager, Claudio Caciolli, states: “As far as the technical set-up was concerned, Bright Festival relied totally on rental company Emporio on Stage from Scandicci, who was responsible for the choice of the companies for the stage, lighting, LED wall, lasers and sound system.” 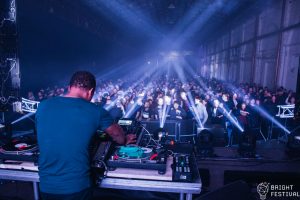 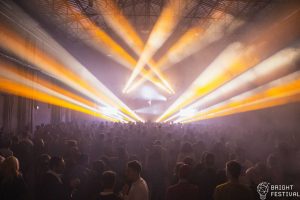 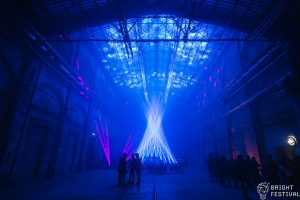 The technical team was under the guidance of Emporio on Stage owner Angelo Catoni, who selected the technicians and riggers and Miriam, who conceived and designed a main stage worthy of a great international event, following the entire process step by step from move-in and set-up, as well as donning her lighting op hat during the afternoon and evening shows.

Caciolli continues: “At the Bright Festival, a great contribution was given by the sound system: the audio equipment by well-known Brescia manufacturer Outline was enormously appreciated for the clarity of the sonic definition and its power, which I would define as out of the ordinary.” 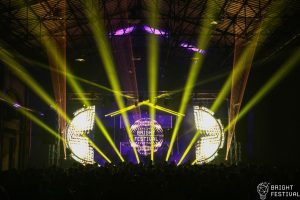 Great satisfaction was also expressed by the artistes, who also used Outline Vegas 15 CX speaker systems, in this case deployed as stage monitors. The PA and monitors were fine-tuned and controlled by Catoni.

Thanks to the success in terms of attendance figures at Stazione Leopolda and The Student Hotel, with visitors from 28 Italian cities and 35 countries, the outcome of the original event’s debut was very positive outcome, and Caciolli concludes: “The quality and care taken with details were definitely the strong points of the Bright Festival, which aroused curiosity, surprised and launched a new Festival concept, based on innovation and the use of new technology.”