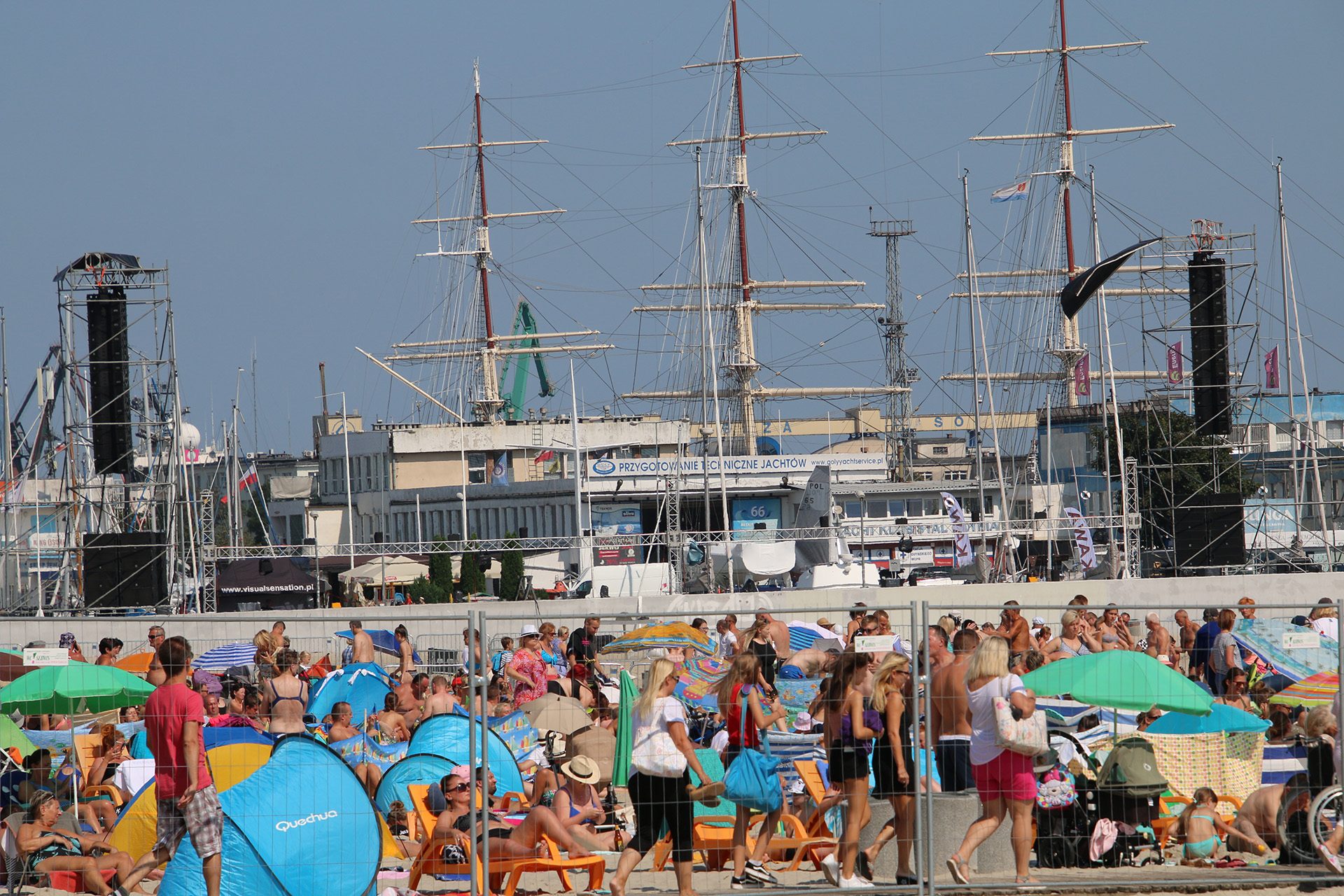 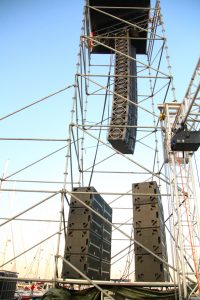 The second successful edition of the Aerobaltic Air Show, Poland’s largest civilian air show, was recently staged in two locations in the port of Gdynia on the southern Baltic coast: during the day at Babie Doły airport, and in the evening on the city’s beach and promenade.

As well as twenty hours of dynamic shows by top crews from over 10 countries (including the Iron Aerobatic Group with its breakneck evolutions and thrilling corkscrews, the Royal Jordanian Falcons and the Red Bull Flying Bulls), there were 85 planes on static display, meetings with pilots, exhibitions by reconstruction groups and unique evening shows on the city beach, which attracted a huge crowd of spectators.

For an event of this scale, held in such a large area, sound reinforcement was obviously of fundamental importance.
This challenge was accepted by audio solutions provider Gigant Sound, no newcomer to large-scale projects, having worked on the largest events in the world, such as the World Youth Day.

Owner Jerzy Taborowski describes his company as “specialists in demanding and unusual projects, thanks to 25 years’ experience in sound, lighting, multimedia and stage technology.”

For the event, the company chose an Outline GTO system, as sound intelligibility over the large distances was a paramount requisite. The main cluster provides a range of 200-250 metres, which catered for spectators in the exhibition area, as well as those closer to the runway.

The GTO modules were installed in arrays spaced 150 metres apart across the runway and, thanks to the GTO’s long throw (approx. 250 metres), the sound was heard clearly over the entire audience area. 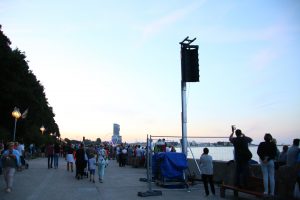 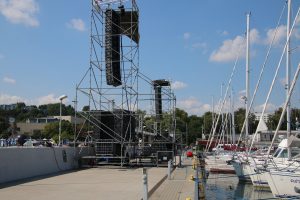 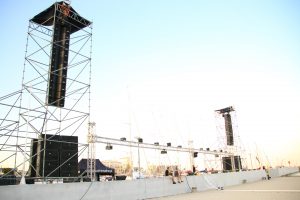 The other larger and more complex system was deployed in the beach/promenade area, where the main rig consisted of twelve GTO modules per side plus an array of Outline subwoofers in end-fire configuration and additional delay towers.

Taborowski explains, “The set-up installed in this huge area – a challenge for even the most experienced system engineer – was designed specially with the event’s laser shows, live music and sound effects in mind, as well as the necessity of providing clear speech reproduction for the crowded 600 metre long promenade.”

Daytime spectacles were inaugurated by breath-taking parachute jumps by Sky Magic S3 WAT and, shortly after noon, the antique T-6 Harvard machines appeared in the sky in the company of the Orlik Aerobatic Team, which carried out some amazing evolutions over the airport. 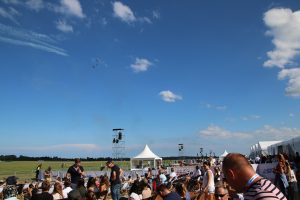 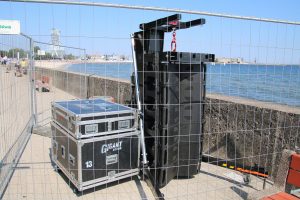 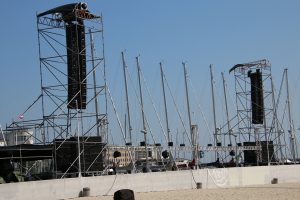 Attendance exceeded 100,000 and spectators were able to admire beautiful historic aircraft such as the majestic DC-3 Dakota that arrived from Sweden, and on Sunday, heard falconers explaining the importance of their work at airports to prevent the risks caused by birds on the runways.

Gigant Sound fulfilled their duties exceptionally with the Outline systems but, as Taborowski enthusiastically concluded, “The air show involved a lot of hard work to handle the challenging situation, and very careful execution. To ensure perfect results, we modified our installation three times at the last minute but, frankly, this is our bread and butter and we’re experienced enough to expect the unexpected!”