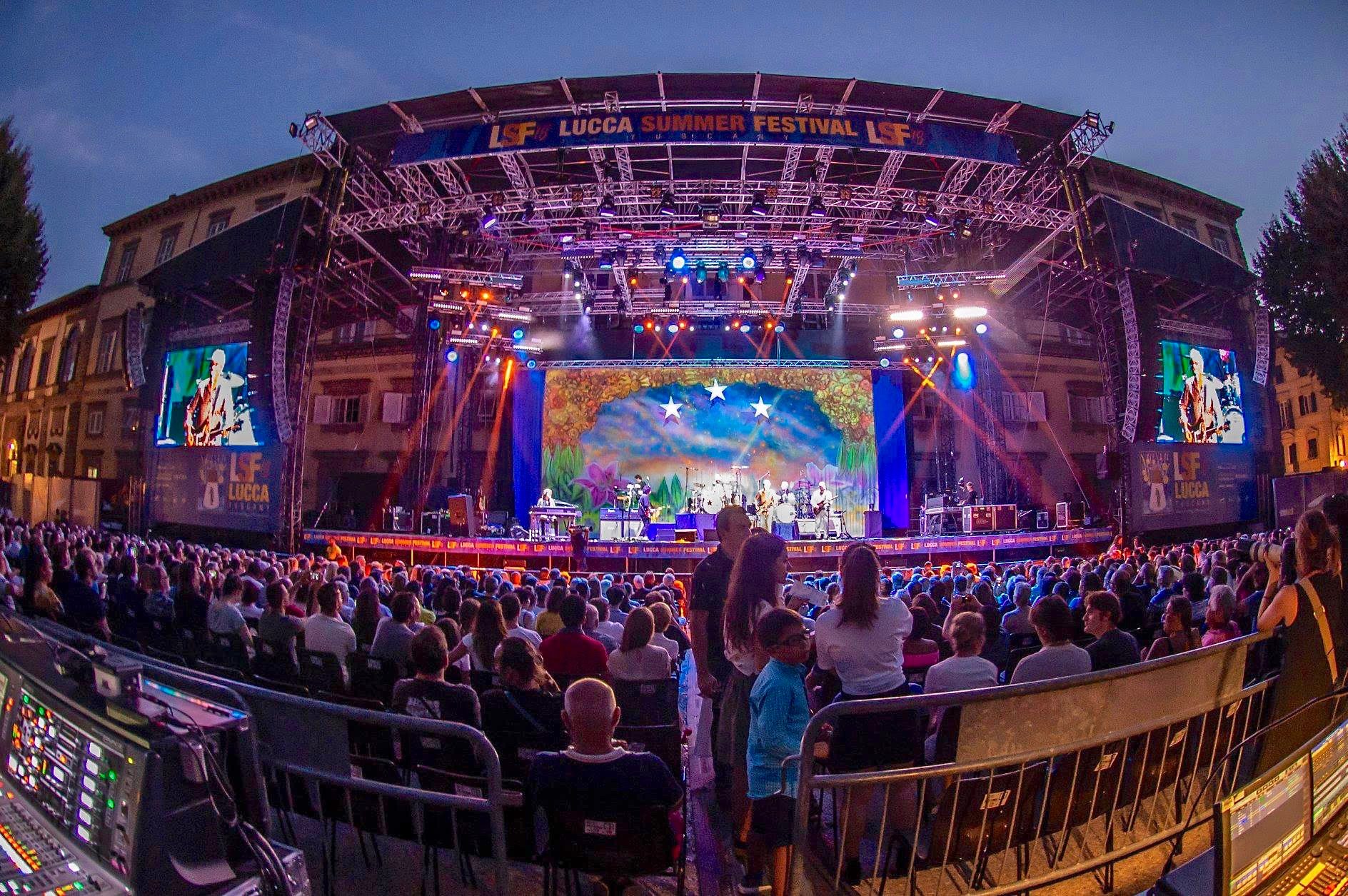 Rock under the Tuscan sun 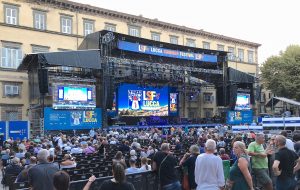 Although Florence and Pisa without doubt top Tuscany’s tourist charts, Lucca (with traces of Iron Age settlements, good wines and more) is well worth checking out and music fans have the ideal chance to do so during the annual Lucca Summer Festival, organized by D’Alessandro & Galli in the city’s main square.

LSF, a key gig on Europe’s summer festival circuit, was chosen as a launching pad by well-known industry figure Vincent ‘Vinnie’ Perreux for VVP, his ‘dry hire’ company, founded just before the event with an Outline-only ‘rack & stack’ stock. Perreux designed the sound reinforcement system for the venue and his firm was responsible for the PA and FOH audio management for all the shows staged on the square’s huge stage.

The set-up deployed to cover the packed venue consisted in nine Outline GTO and a GTO-DF for each of the two main hangs, six GTO in each of the two side hangs and a L/R centre cluster with two groups of four Mantas 28. The bottom end was handled by sixteen ground-stacked DBS 18-2 subs and four LAB 21 Infra Subs. Ten LIPF-082 front fill speakers were atop the DBS. 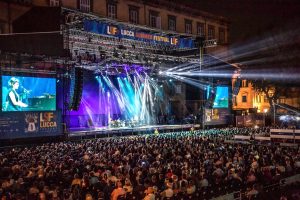 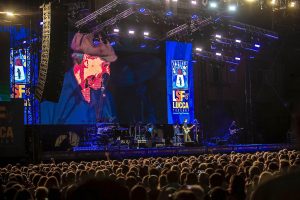 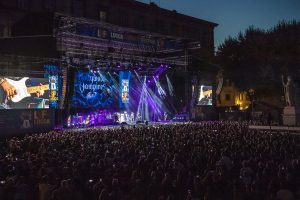 Control was courtesy of Outline’s new Newton (FPGA-based) audio control and networking system and an analogue matrix controlled by the Outline iP24s. All the signals were fed via Dante with an analogue backup from the drive rack to the amps, twelve Powersoft X8 units.

FOH engineer Alberto Butturini, on FOH duty with veteran pop star Morandi had used Outline systems previously and really liked the GTO rig at LSF. “The square was well covered with even diffusion as far as both SPL and sonic ‘texture’ were concerned. I was pleased with the audio systems and the on-site audio team did a great job.”

FOH with Queens Of The Stone Age, Jay Rigby had also used Outline kit previously and opined, “I used it at Red Rocks and it did a fantastic job of making it up to the top of the hill. The system engineers did an excellent job of covering the Lucca venue.” 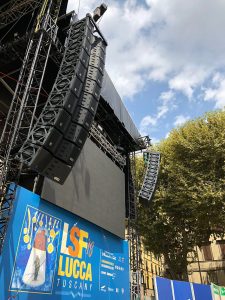 In spite of initial doubts with aspects such as the fact that two of the band don’t wear IEM and the amount of guitar amps on stage, FOH engineer with the Vampires of Hollywood, John Shipp was very pleased with the results and enthused regarding the PA’s perfect performance, doffing his hat to Vinnie and how he deployed the system, ensuring perfect coverage and intelligibility. Shipp was also very impressed with the cardioid sub configuration, which avoided the beefy low end in the house rolling back onto the stage.

After decades as a record producer and engineer Chris Porter has been mixing FOH for King Crimson since 2016, so, being so new to mixing live, he relies to a great extent on the experience of his colleagues, Dave Taylor (systems tech) and Russ Wilson (monitors).

“Dave and I were hugely impressed with the Outline PA. It had been brilliantly rigged by Vinnie and his team, who helped us adapt it, subtly, for the show. It was superb, and made Lucca one of the most satisfying shows I’ve mixed to date.”

Mimmo D’Alessandro of D’Alessandro & Galli stated, “We must always keep up with the times, carefully choosing the festival’s contractors and aiming for the best. For me, Outline was a very positive surprise. We tested the system, which we’d never heard before, and I’m very pleased, because it’s exactly the sound I was looking for.”