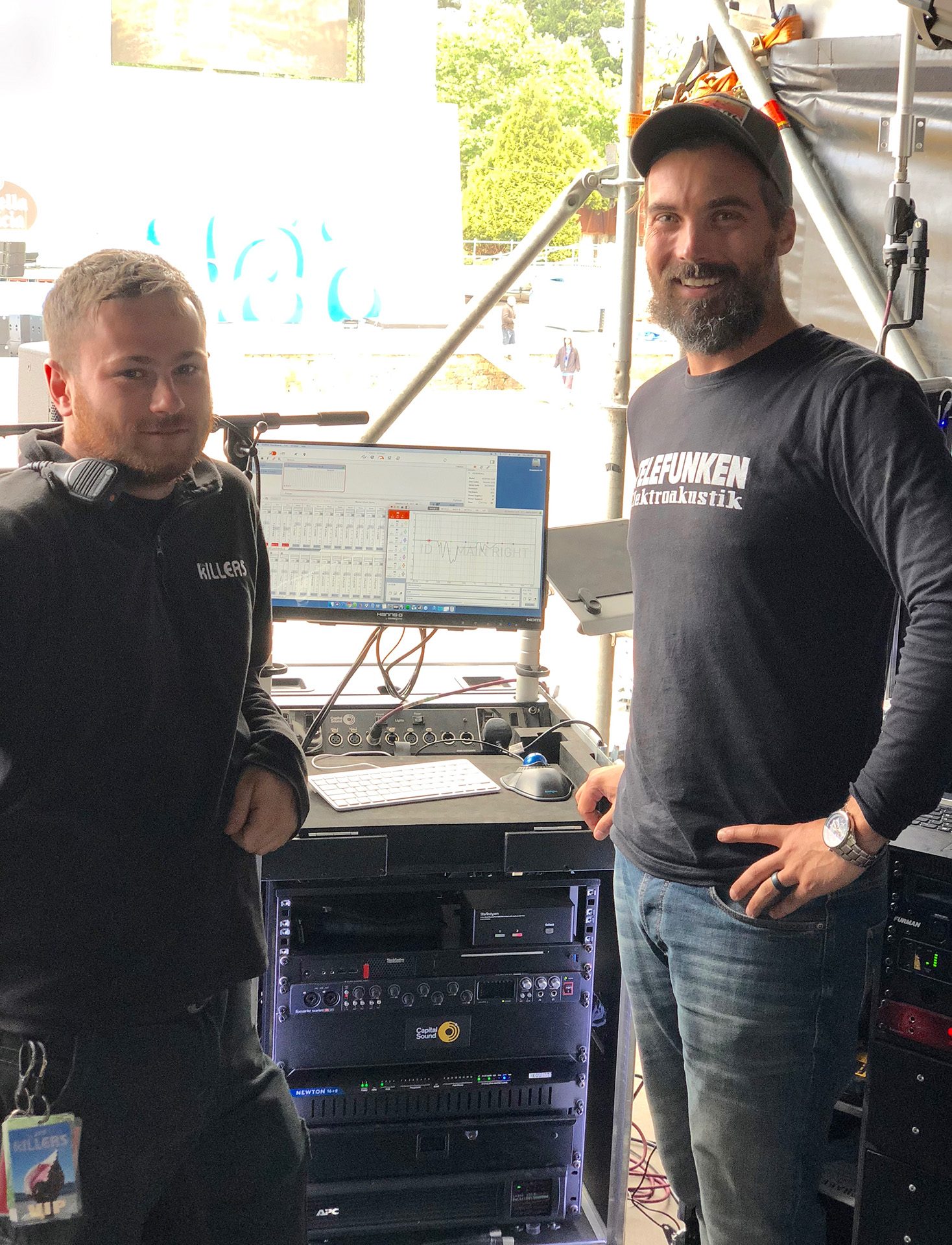 Outline’s Newton Killing It On Tour 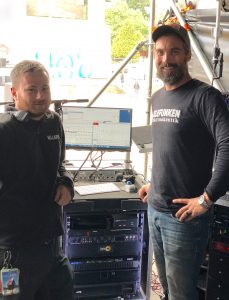 L to R: Daniel Fathers and Kenny Kaiser, respectively system and FOH engineers for ‘The Killers’

Currently in the midst of a busy worldwide touring schedule that includes both festival appearances and their own shows, The Killers continue to be one of the consistently biggest crowd-pullers in rock music. Since their formation in Las Vegas in 2001 the band have released five studio albums, all of which have topped the album charts, while their live shows help cement their reputation as one of the 21st century’s biggest rock acts.

Their FOH engineer Kenny Kaiser heard about Outline’s Newton processor via the engineer’s underground network and, recognising its potential, set about acquiring one for the current run of shows. London-based Capital Sound Hire are providing a complete FOH control and mixing package for Kenny and with Newton units already in their inventory they were happy to oblige.

‘Right now we are using the Newton as our overall system management hub, providing all of our system EQ and control. On our own headline shows we also run the opening acts into it. It is nice not having to worry about clock synchronisation or digital noise with the Newton, and to have the flexibility to send or receive any format we need – this has been of great help through the day to day festival shows we have been doing this summer.’

‘The Newton is great – it’s been a real workhorse, and it is one unit in the rack I don’t have to worry about!’