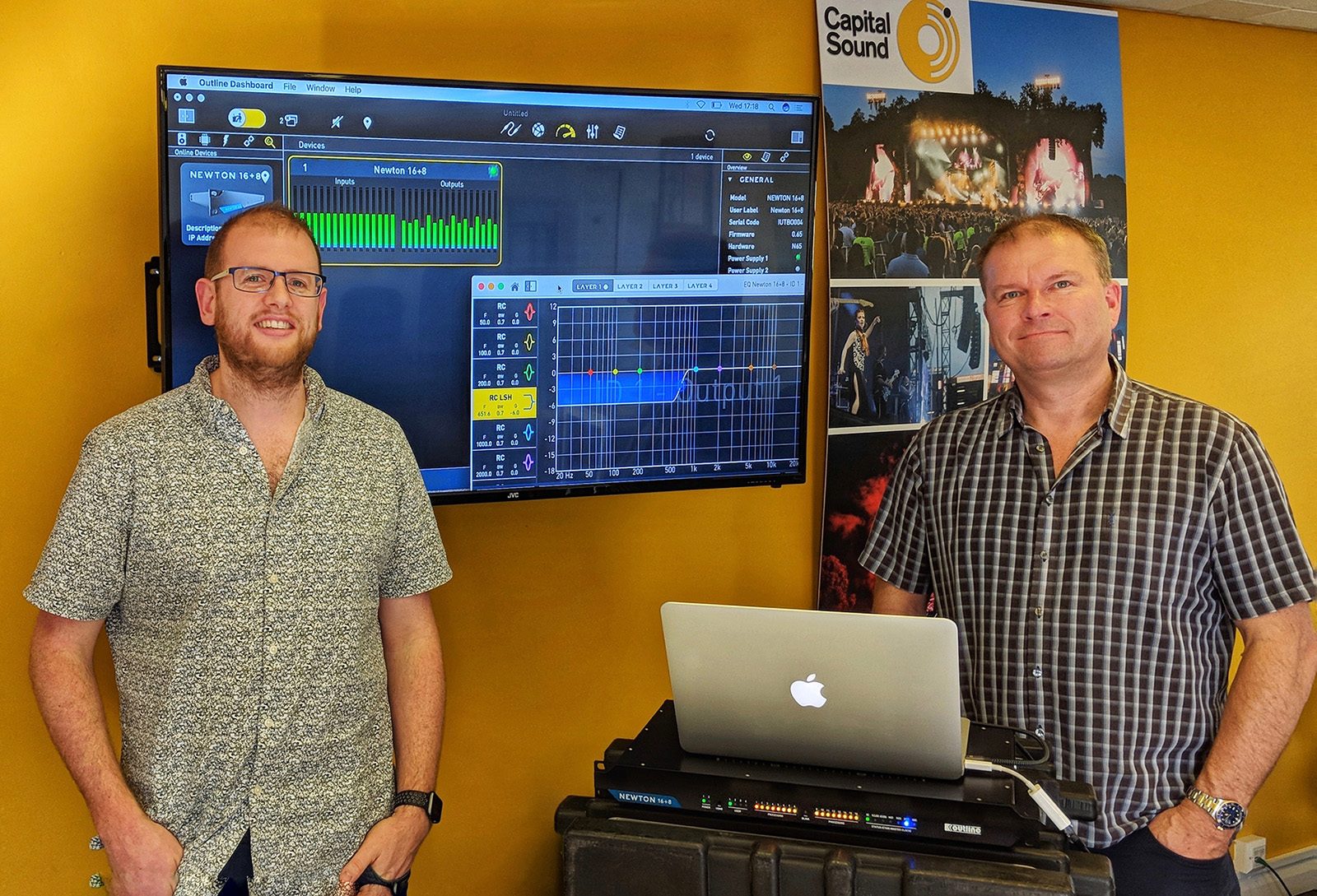 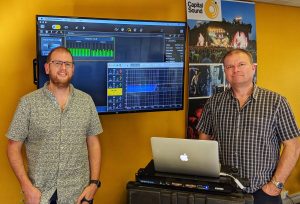 London-based Capital Sound Hire have added yet further to their Outline inventory with the addition of the Italian company’s latest multi-role processor, the (patent pending) Newton.

Officially launched at prolight+sound in Frankfurt recently, the extraordinary flexibility of Newton brings a new level of convenience and system integration possibilities to professional users throughout the audio industry. Capital’s Paul Timmins and Robin Conway talk about why they’ve invested in Newton and how they plan to use it:

Paul Timmins: “We were introduced to the concept by the Outline team when we were buying into the Outline GTO C-12 system during late 2015 and early 2016. We took an immediate interest and, having then followed its development over the last two years, we are incredibly excited we have received our first production units.”

Robin Conway: “My interest was immediately piqued during my first introduction to the unit and the concept, then our internal team and some external staff saw it during our Outline array training at SW19 Studios. The right people in the room were immediately interested, at which point I knew it was a product we needed to add to our inventory.”

In which specific applications do you see it being used for Capital projects, and what operational features particularly attracted you?

PT: “We see this as a multi-use device for use with all our system drives as well as other jobs by means of its vast power and matrix solutions.”

RC: “These units were bought as an option for our drive systems in general, as they have the ability to run all four brands of loudspeaker system presently in our inventory – however, there are so many elements to this unit that are of interest, not least that the platform, being FGPA based, will allow the unit to continuously grow during its life span. But of specific interest to us is the ability to simultaneously run multiple audio inputs from various digital sources, including Dante, AES and Madi Coaxial. Seamless signal fall back across various digital sources is also a big deal for us as is the synchronous and asynchronous sample rate conversion.”

“The internal word clock management allows the user to remain synchronous with whichever console is live, should they wish, the 18×16 matrix is going to be incredibly useful and the fact that all this is built in a 1RU space just makes it even better. There are other devices that could do some or part of the same list of operations but here are none, to my knowledge, that can do them all.”

Robin concludes, “We are trialling the unit in a live environment on the Sam Smith World Tour. We felt it was important to get the unit out there and begin to introduce it into the signal path over the course of the next few months. Further to this we are in the process of building some new drive racks to house the Newtons and these will be deployed during festival season with our Outline system before being rolled out, where appropriate, on touring projects later in the year.”