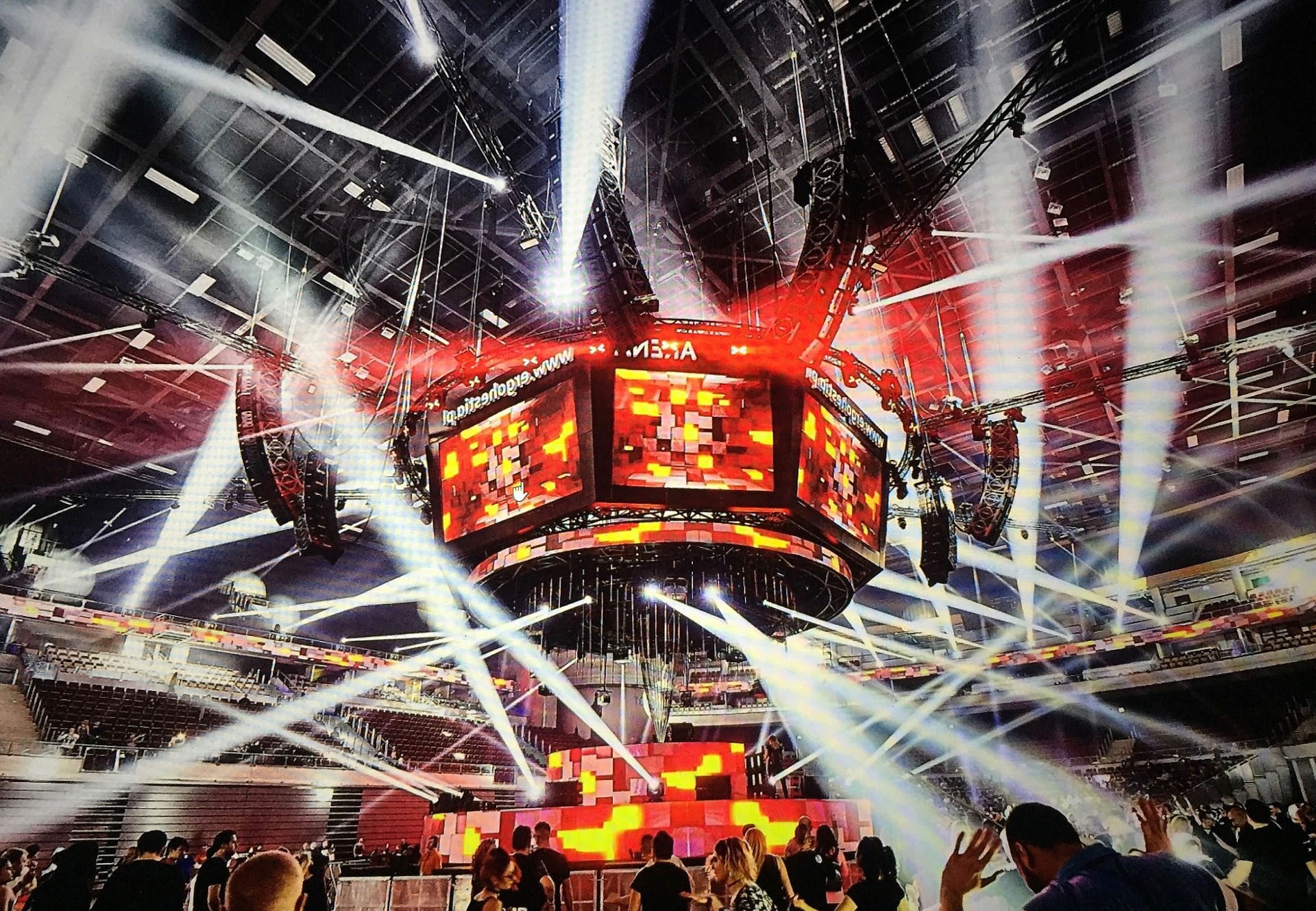 Outline Dances Through The Night At Trance Xplosion Reborn

With an audience of 7,000, a dozen different DJs and a major multimedia, laser, lighting and sound setup, Trance Xplosion Reborn was the premier dance event of 2017 in Poland.

Held at the Ergo Arena in Gdansk, the marathon 14-hour event provided a memorable all-nighter, finishing at 6am. Outline’s Polish partner Gigant Sound Letus were contracted by promoters TME Events Ltd to provide a sound system capable of delivering the punch and pure audio quality demanded by the partygoers. 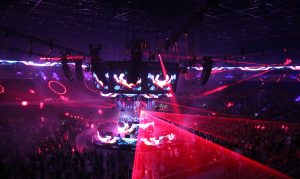 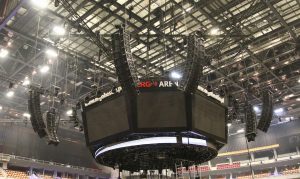 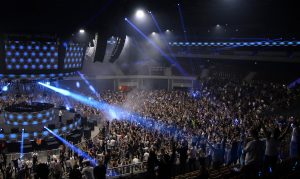 Unusually the arena was arranged for the event ‘in the round’ with the DJ booth and all FOH, monitors and control equipment housed in a central compound. The duration of the event meant that four sound engineers from Gigant Sound Letus, two each for FOH and monitors, split the event into shifts, operating a pair of Yamaha CL5 consoles to manage the quality, volume and dynamics of the DJ’s sets. 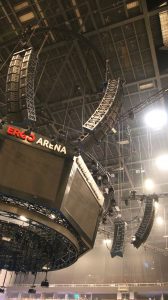 The layout of the venue also placed tougher demands on the sound system, all of which was located above and around the control compound so that all areas of the arena were covered correctly. The main PA comprised no less than 60 Outline GTO modules flown in eight arrays above and around the control area, with four GTO-DF and twelve Outline Mantas cabinets variously located as downfills.

A further 32 Mantas enclosures were arranged around the stage to cover the near-field, while the thunderous low frequencies demanded by a dance event on this scale were handled by 60 Outline DBS 18-2 subwoofers, driven by 18 Powersoft K20 while a further 54 K10 amplifiers provided the power for the GTO, GTO-DF and Mantas cabinets.

TME Events are Poland’s largest dance music promoter and their project manager Robert Michalski was responsible for Trance Xplosion 2017. After the event he commented, “For the first time, we decided to use the Outline system, and its power and quality exceeded our wildest expectations.”

“The whole system worked wonderfully and that is not only our opinion, but also that of the participants who expressed their opinions on Facebook. As you can see on the (YouTube) movies, they were having a great time and so were the DJs – that’s thanks to the sound system.”

He concluded, “The system was all the more impressive because the DJ booth was placed atypically for this type of event, i.e. in the middle and this required a completely different hardware configuration which increased the level of difficulty by 40% from the previously established projects. The Outline system and the company Gigant Sound Letus, which convinced us to use it, deserve our words of appreciation!!!!” 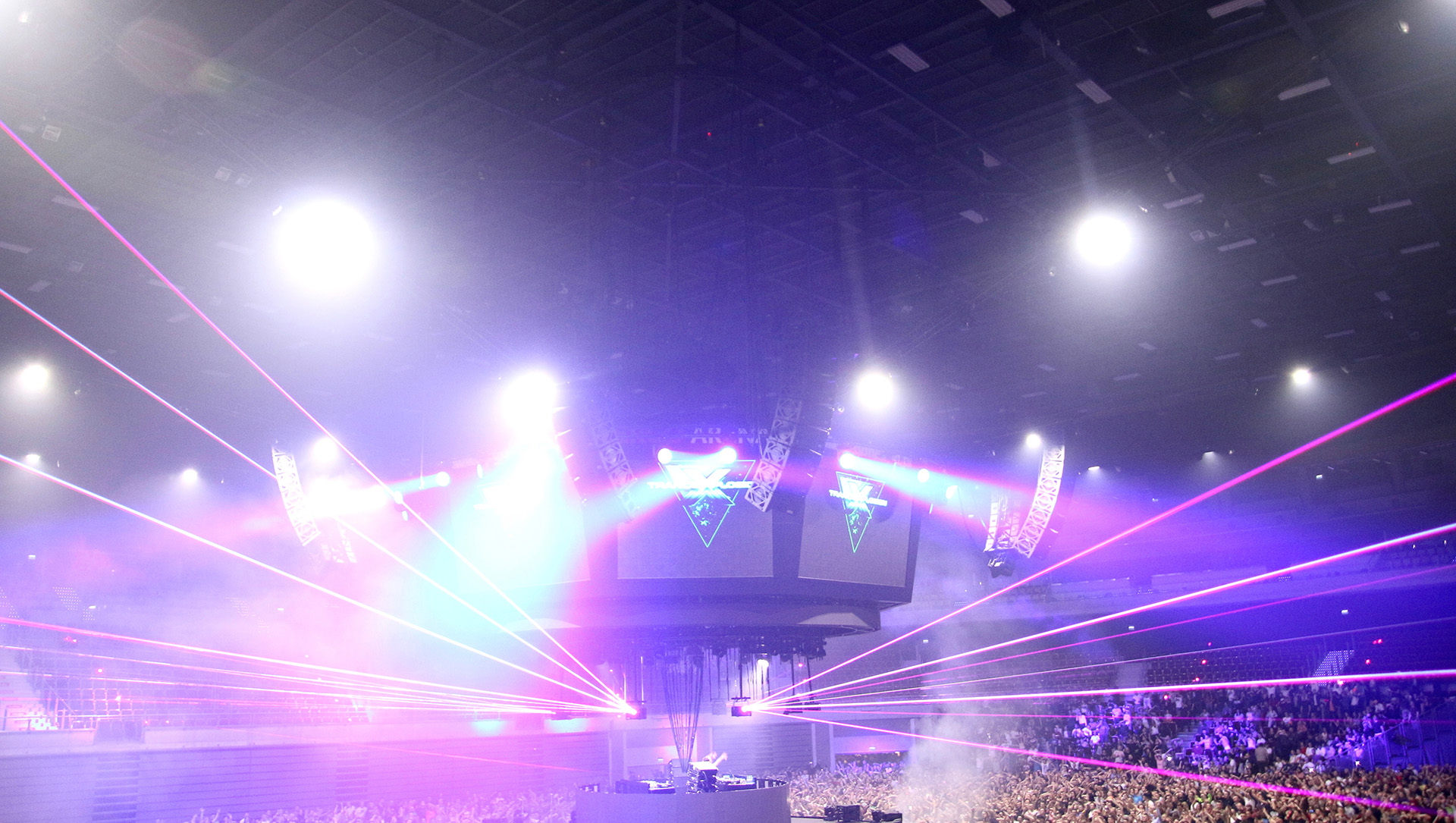