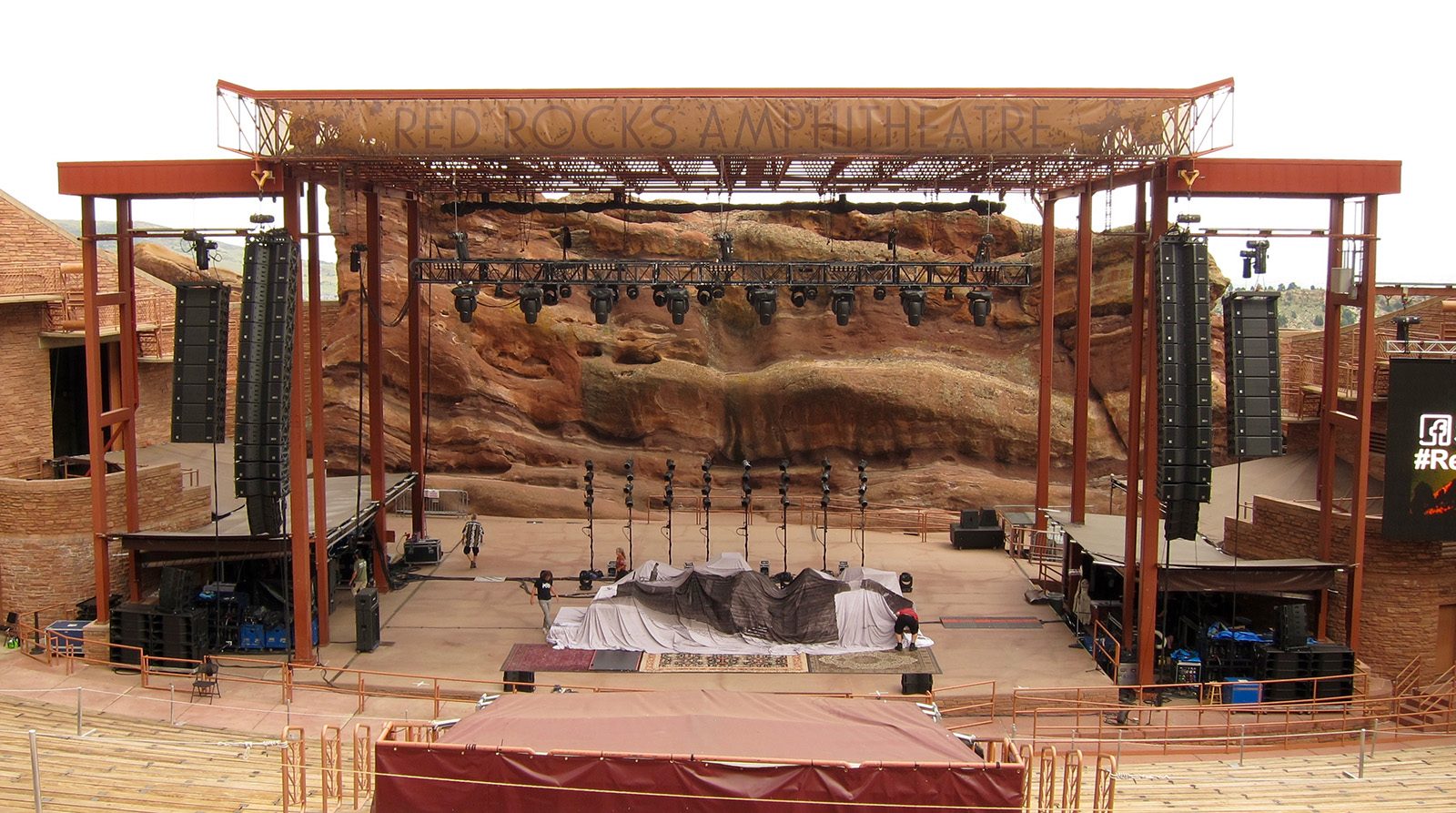 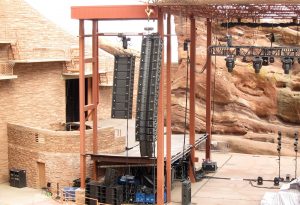 Touring in support of their new, Rick Rubin-produced album ‘True Sadness’ which has achieved the group’s highest career debut to date and dominates multiple charts – it arrived at number one on Billboard’s Top Albums Chart, Top Rock Albums Chart and Digital Albums Chart as well as hitting number three on their Top 200 Chart – they recently completed a three-night run at the legendary Red Rocks Amphitheatre near Denver.

SES President Jason Farah remarked after the shows, ‘Red Rocks is a challenging venue, as it is very long, very steep, and the PA is at the bottom of the hill with limited trim height. I employed a few innovative techniques to overcome these challenges, and the results were nothing less than remarkable – in fact, the Outline GTO / C-12 / Mantas design I deployed provided the best outcome of all the PA systems I’ve ever used there.’ 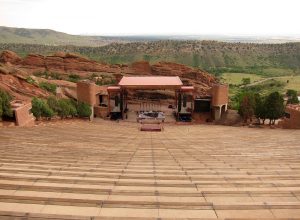 Farah continues, ‘Because the Avett Brothers’ music ranges from the very lively to tender moments, it was amazing to stand in the back row at the top of the venue and still feel every nuance of their music. It was utterly uncanny that they were so far away, yet felt so incredibly close.’

The main system used a combination of Outline speaker elements, all drawn from SES’s extensive inventory of the Italian manufacturer’s products. Each of the main L&R arrays comprised ten GTO modules at the top for the long-throw with three GTO C-12 below them for the shorter throw, then four Mantas at the bottom for downfill. Normally, Outline’s dedicated GTO-DF downfall cabinet would used for the lower cabinets but since at Red Rocks the bottom of the array was so close to the audience, Mantas provided more even coverage for that zone.

The main arrays were each flanked by flown arrays of eight GTO-LOW mid-bass modules per side for additional low-frequency support, while four LAB21-HS subwoofers were ground-stacked per side with the near-field covered by short ground-stacks of Mantas. Everything was powered via Powersoft K-Series amplifiers and the processing was provided by Lake LM26 crossovers in each amp rack, all loaded with the Linear-Phase presets from Outline. The entire system was designed using Outline’s OpenArray software which provided very accurate predictions for Red Rocks, a vital key to creating the optimal system design for this challenging venue. 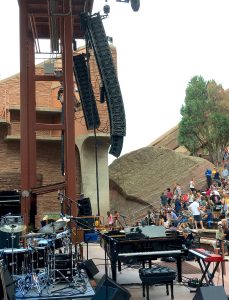 Andrew Steelman, Audio Department Manager at SES and Systems Engineer said, ‘I have had the opportunity to bring several different PA systems to Red Rocks throughout my career but I have never had a PA cover the venue so well with so little effort. Many times during the shows I would take walks to various spots in the audience – the way that the system conveyed the band was phenomenal. The band can be quite dynamic throughout their set. To see the audience rise and fall with the band showed me a level of engagement I have not seen before.’

‘The Avett’s music is full of subtle nuances and emotion that can become lost with a poor system. I was able to lose myself in the show, and not worry about the PA like I have previously. This was especially apparent at the top of the venue which is traditionally the hardest to hit. There was warmth and fidelity in all aspects of both the system and the mix. Outline gave us the ability to use three different products (GTO, C-12, and Mantas) to provide a system that truly fit the needs of the venue as well as the band. The consistency in voicing between the boxes made for a seamless system. I was quite amazed by the final result and am looking forward to the next opportunity we have to deploy the system.’

Paul Tucci, industry veteran and Systems Engineer for the Avett Brothers said, ‘The most important goal of a sound system is to connect what’s in the hearts of the artists to the entire audience. Red Rocks is a uniquely challenging venue to accomplish this. Our Outline system as designed by Jason gave us a wonderfully transparent tool to convey the range of emotions the Avett Brothers’ expressed. When they closed the first night with their beautiful song “Beaches”, it brought tears to everyone’s eyes. Now that’s how to connect with your audience…ALL of them!’ 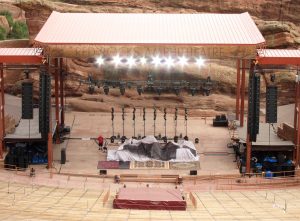 Justin Glanville, FOH Engineer for the Avett Brothers has the final word on what was obviously a memorable show for many reasons:

‘The Avett Brothers, as all their fans know, are one of the most dynamic bands out there. A single guitar and vocal with lyrics that tugs on one’s heartstrings will be tenderly presented to the crowd, only to be followed with a full-on assault of rock by seven members on stage. Sometimes this rock is electric instruments, sometimes this rock is acoustic instruments being attacked in a somehow musical way. Over the past 10+ years that I have been the FOH engineer for this band, finding a way to tame an Avett set to be dynamic, smooth, and musical can sometimes be a challenge.’

‘The GTO rig SES put together presented the band in a way I have never experienced, and that’s just from FOH. I do not think I exceeded 98-dB. In fact, I’m pretty sure I stayed closer to 92-96 dB for much of the show. The clarity, precision and fullness of my mix was unparalleled, especially at such a relatively low volume. This made me a little curious, worried honestly, about the experience for the people way back at the top of the venue.’

He concludes, ‘Then I saw an iPhone recording, taken by someone at the back of the venue, of a song that was just acoustic guitar and voice, and I was blown away! This recording could have passed for a direct line-out from my console. Every bit of the guitar and voice was there. And not just ‘there’, but…perfect! I cannot thank Andrew Steelman, Jason Farah, and Paul Tucci enough for their endless work and care they consistently show me, the band, and our fans. I am constantly learning and being surprised by them. In a field where there seems to be a million opinions on how to get one result, they are hands-down the most trusted and respected by myself.’