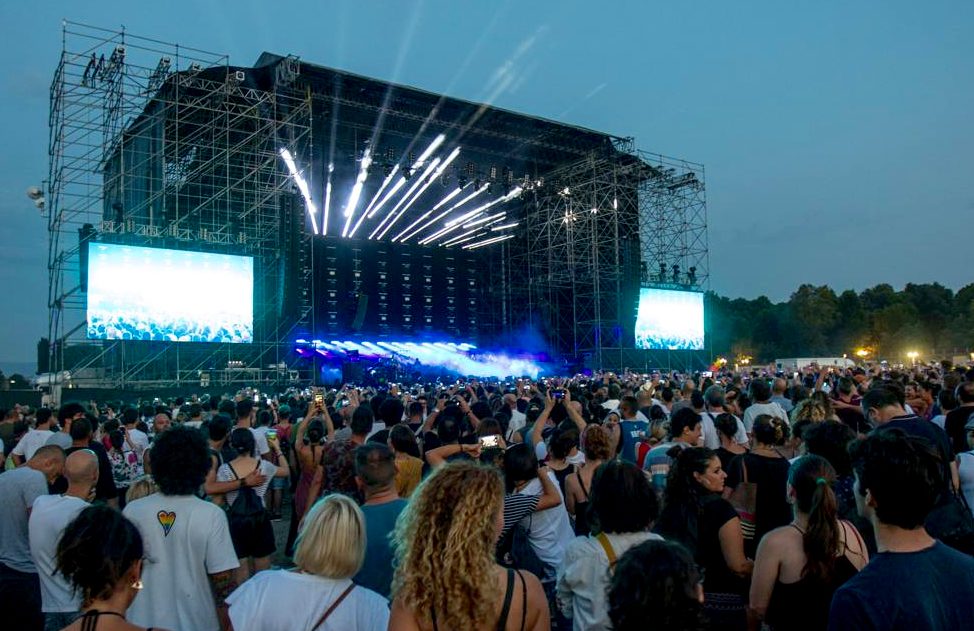 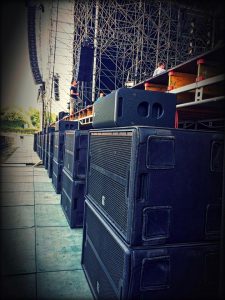 The Visarno Arena, located in Florence’s Cascine Park and catering for crowds of up to 50,000, hosted two events this summer that underline the Tuscan city’s status as a top-grade reference point for live music in Italy: Firenze Rocks and Firenze Summer Festival.

At the latter, electro-funk superstars Jamiroquai’s performance was eagerly awaited by thousands of fans and thanks to an Outline GTO PA system, they enjoyed an evening of great music. A year after its successful deployment at a similarly memorable Florence concert by Sting, Outline’s GTO systems was once more centre stage, but with a totally different music genre.

Formed in 1992, Jamiroquai and frontman Jay Kay have produced a steady stream of hits with an irresistible blend of house rhythms, 70s-style soul / funk and acid jazz earning them platinum records, video awards and international chart success. The band have 13 Brit Award nominations to their credit and also set a unique record by playing a gig on a modified Boeing 757 flying at 35,000 feet. 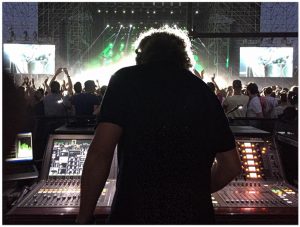 Outline product specialist Vincent ‘Vinnie’ Perreux delivers hands-on technical support to Outline partners internationally and so was on-site throughout, putting his in-depth experience at the disposal of the sound crew. He explained, “The PA was designed by Outline and Tuscan rental firm Emporio On Stage, based on the predictions of Outline’s Open Array 3D software.”

Angelo Catoni, owner of Emporio On Stage, said “I’d worked with Jamiroquai FOH engineer Rick Pope in the past, so knew what he’d want for the band as far as the PA was concerned and in fact our design met with all-round satisfaction right from the paperwork stage. The enclosures respond really well as far as directivity is concerned, ensuring coverage exactly where they are pointed, so we were able to limit the majority of the sound to the audience area.”

The set-up comprised a twelve deep GTO hang per side as the main L&R system, each with two underslung GTO-DF down-fill enclosures plus six LIPF-082 front fill enclosures covered the first rows of the crowd, plus two twelve-element Mantas 28 hangs covering the stand seating to the sides. 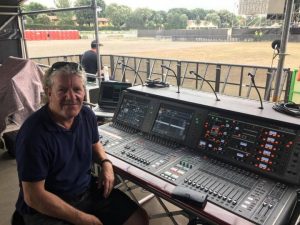 Wearing his unique LED-powered headgear (the symbol of Automaton, the band’s eighth studio album which reached No1 in the Italian album chart), Kay also treated fans to some of the most popular songs from the band’s stellar career. Although definitely strenuous for the frontman who was still recovering from a back operation, the show was musically and vocally perfect and the band were left in no doubt as to the outcome of the gig thanks to the ovation from the 13,000 fans.

FOH Rick Pope has worked with the band for over twenty years but was on his first outing with a GTO rig. In spite of local SPL limits within which Emporio On Stage were obliged to work, Rick was satisfied: “It was the first time I’d used this system and I was really pleased with it – it perfectly met the requests I made.” 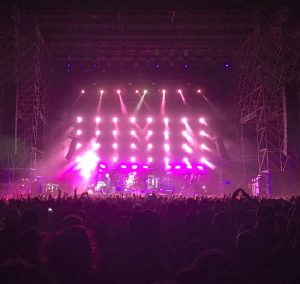 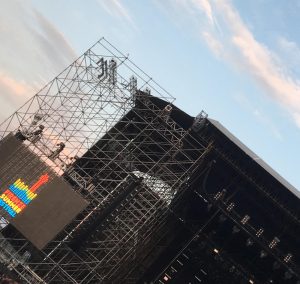 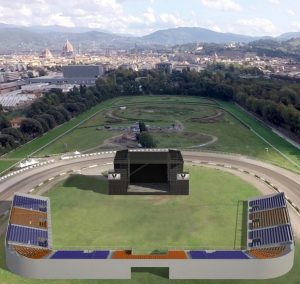