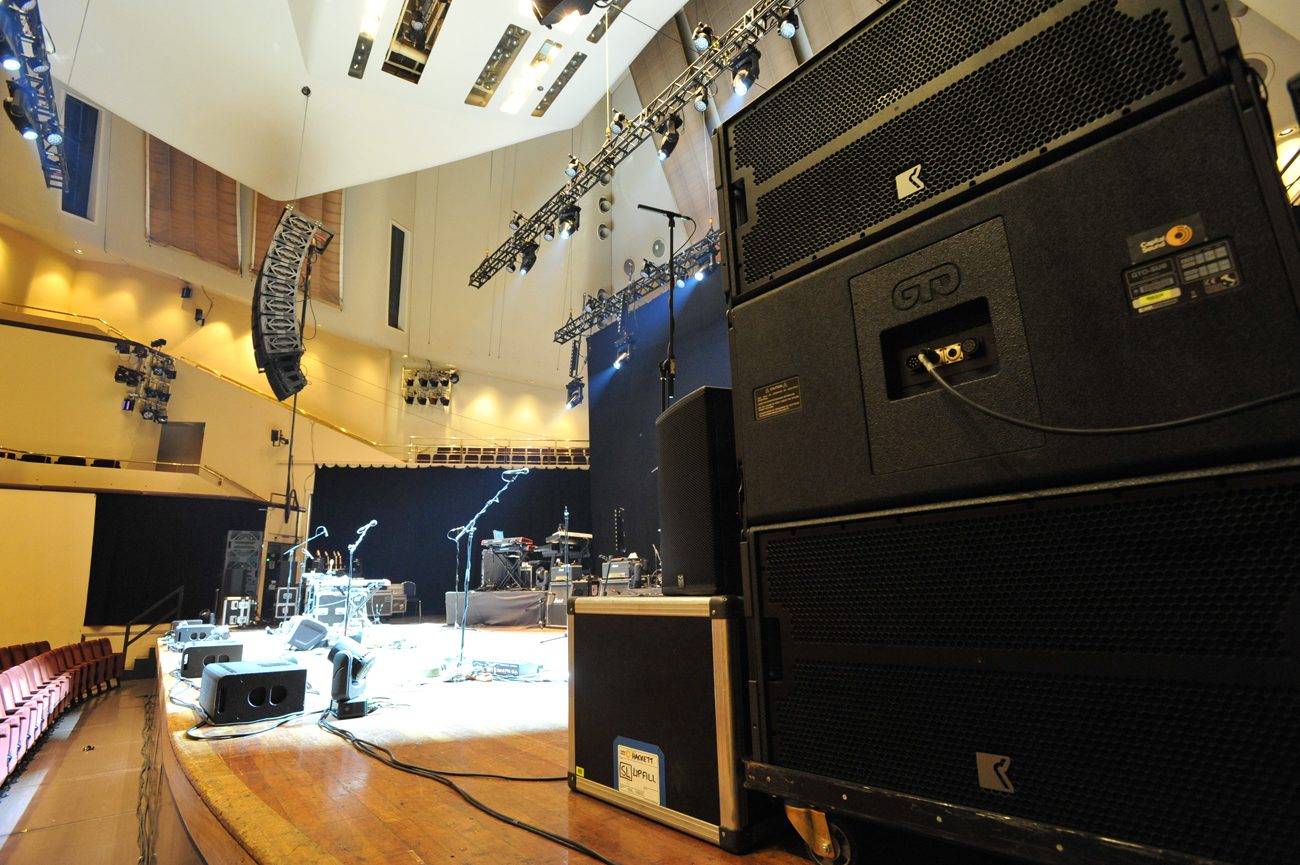 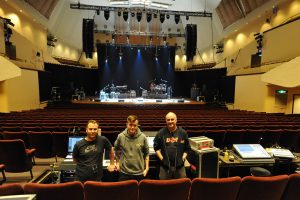 One of the few guitarists working in popular music whose style is instantly recognisable, Steve Hackett is revered among aficionados of progressive rock as one of the most distinctive and influential musicians within the genre. After seven years in Genesis he left to pursue a solo career in 1977 and has since released 25 albums of his own material. His work encompasses many styles including rock, pop, blues, world music and classical music, yet all of which retains a flavour that is wholly his own. For his recent ‘Genesis Revisited With Classic Hackett 2017 Tour’ he presented a show in two parts – the first being his own material, followed by a re-reading of some of his better-known work with Genesis. A highly successful UK theatre tour throughout April and May culminated in a sold-out show at London’s Palladium.

Capital Sound Hire deployed part of their Outline GTO C-12 inventory for the dates, mixed at FOH by Ben Fenner who has worked with Steve Hackett (both live and in the studio) since 1992. Outline caught up with the tour at the Royal Concert Hall in Nottingham where Ben and Capital’s System Technician Toby Donovan very kindly shared their experiences on touring with the GTO C-12:

Ben, can you give us a basic overview of your approach to mixing this band, in terms of what you’re trying to achieve for the FOH sound?

“Width, depth and clarity, delivered with effortless power and giving a sense of immersion in the soundscape. Big, wide and impressive is what I’m after, but not loud as an end in itself; the capability for high sound pressure levels should be there, but more for the clean headroom than flattening the audience’s and my ears!”

“The low end has to be smooth and extended – this is sometimes achieved only at the expense of punch, where low end peaks can make the bass drum and toms more forward, but with Steve’s music where you often have bass guitar and Taurus competing in the same frequency space it is essential to keep the low end as linear as possible.” 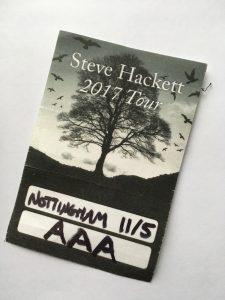 You’re using our GTO C-12 system for this tour, supplied by Capital Sound. Much of the music in the show (a mix of Steve Hackett solo material and vintage Genesis songs) is dense, complex, multi-layered and very dynamic. How has the GTO rig helped you deliver that sound to the audiences?

“The sound produced by the guys on stage is rich, full and symphonic, and it is essential that I have a PA that capable of delivering this to all corners of the auditorium. The reach of this system is phenomenal – the people at the back of the balconies have been enjoying a far more full frequency spectrum than previously, particularly in the top end. The C-12 system to me is voiced very forward, which makes it very suitable for arena-sized and smaller outdoor shows and this characteristic really helps it push the mix to all corners of the venue.”

You’re touring an eight per-side C-12 system with Mantas downfills, plus three GTO-SUB subwoofers each side in a cardioid configuration. Even by modern standards it doesn’t look like a lot of PA – can you comment on the power and coverage capabilities of the whole system relative to the band and the venues you’ve been in on this tour?

“I disagree I’m afraid – this is absolutely plenty of PA, in fact possibly a little overpowered for some of the venues we played! I have to say that the forward voicing that I mentioned before, while helping with the projection of sound throughout the venue, requires some taming when the venue capacity comes down to the 1000-1200 level. Here the proximity to the array gives the sound a harder edge, and to maintain clarity in the mix I need to reduce the energy in the 500Hz-600Hz area.”

Has the cardioid subwoofer configuration changed or improved anything specific for you, anyone else on the audio crew or the band?

“I have to say not, since for the last couple of years I have been using cardioid subs more often than not, so in that respect there is nothing new really. No complaints about the subs though, they did everything asked of them with power to spare!”

System Technician Toby Donovan sounded comfortable with the system, even though this was his first time out with it… 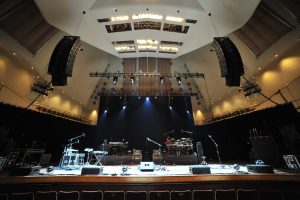 Toby, can you give us a brief overview of how you configure and control the system for this show?

“Ben sends me a Left and Right only from his desk. I then use three Lake LM44 processors to matrix the system into our Left, Right, Subs, Fills and any house feeds that might be needed, such as delays, speakers and loops. I also use the Lakes for the majority of time alignment and EQ. The GTO-SUB subwoofers are in run in cardioid mode, helping to make monitor & guitar worlds more comfortable places to work!”

As systems tech part of your role is to achieve the best possible seat-to-seat coverage through a range of different venues. Has C-12 assisted you in that goal and if so, how specifically?

“The C-12 is a very natural and smooth sounding PA, and a good even coverage from front to back is mostly achieved by getting a good set of inter-box angles from the Open Array software. Powering the system with Powersoft X8’s gave me a great deal of flexibility when zoning the system was required, mostly tweaking the HF in the long throw section of the array to match the throw of the LF/MF section which has some serious power. I could do this by setting up groups in (Powersoft control software) Armonia.”

“Another good thing about the C-12 in theatre applications is that it sounds pretty nice in the nearfield, so that where a balcony position placed people near the array it never sounded too harsh. I often also used some Mantas modules as an underhang (up to five cabinets). The transition between the two was smooth and allowed me to have array shapes that meant I got some good low mid right down the front.”

Have you been using Outline’s array prediction and control software and if so can you comment on its usefulness?

“Yes, I have been using Open Array 2 and it was extremely easy to get to grips with. This was my first tour with Outline and Robin Conway at Capital showed me the software in about 15 minutes, it’s very intuitive.”

“The 3D plots seem to be very accurate and translated well to the real world results of listening and measurement. It was also extremely easy to get angles out quickly in two dimensions – I particularly liked the cluster simulation tool for this, selecting a 3dB downward slope to get the results I wanted.”

You’re using some LIPF-082s as near-field reinforcement (along the stage lip) – have you found these useful and easy to integrate / EQ with the rest of the system?

“We were actually sending a full mix to these cabinets, and they blended well and sounded very nice up close in front row / ‘Super Fan’ territory. As expected the transition with the array was good since they are the same configuration as Mantas.”

Many thanks to Ben, Toby and Capital Sound for making Outline welcome at the Nottingham show and being so generous with their time. 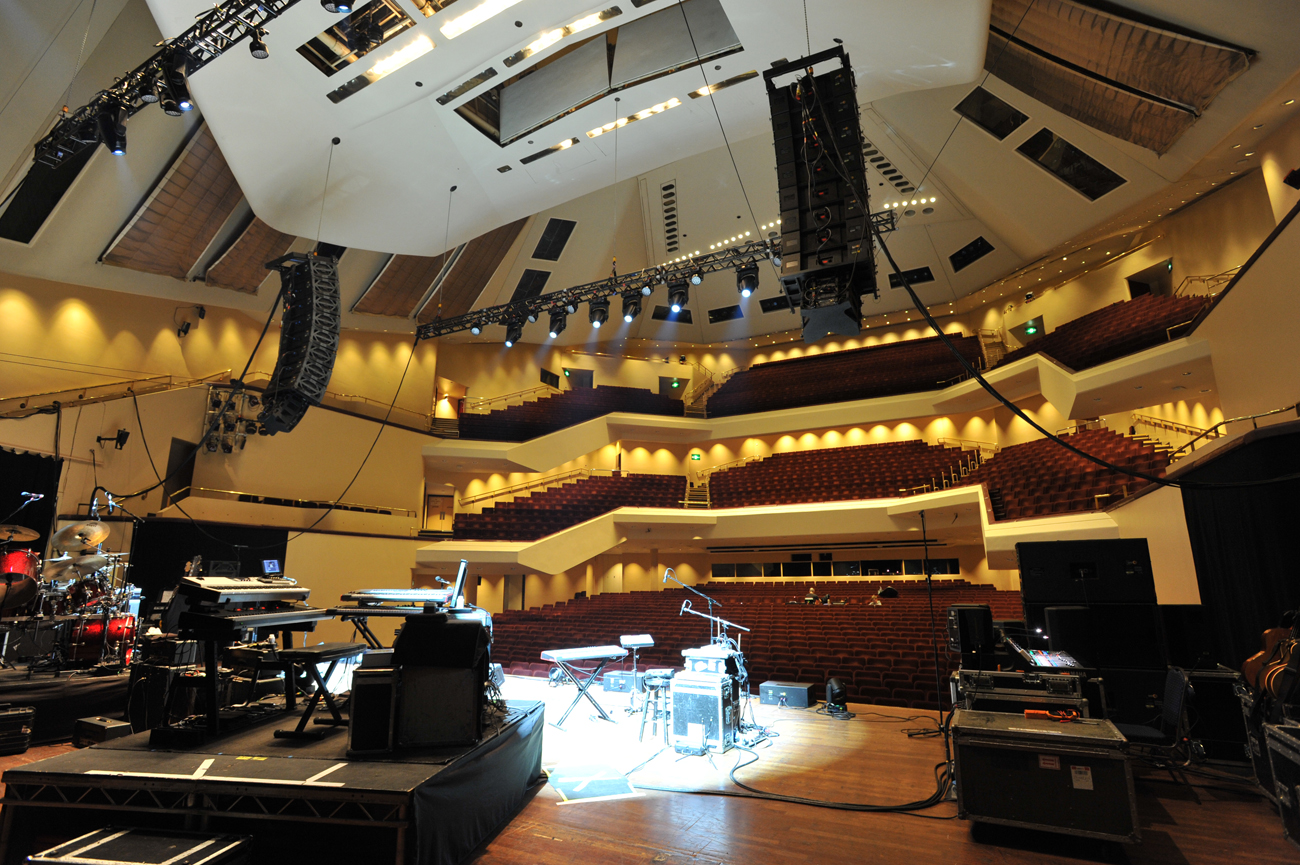 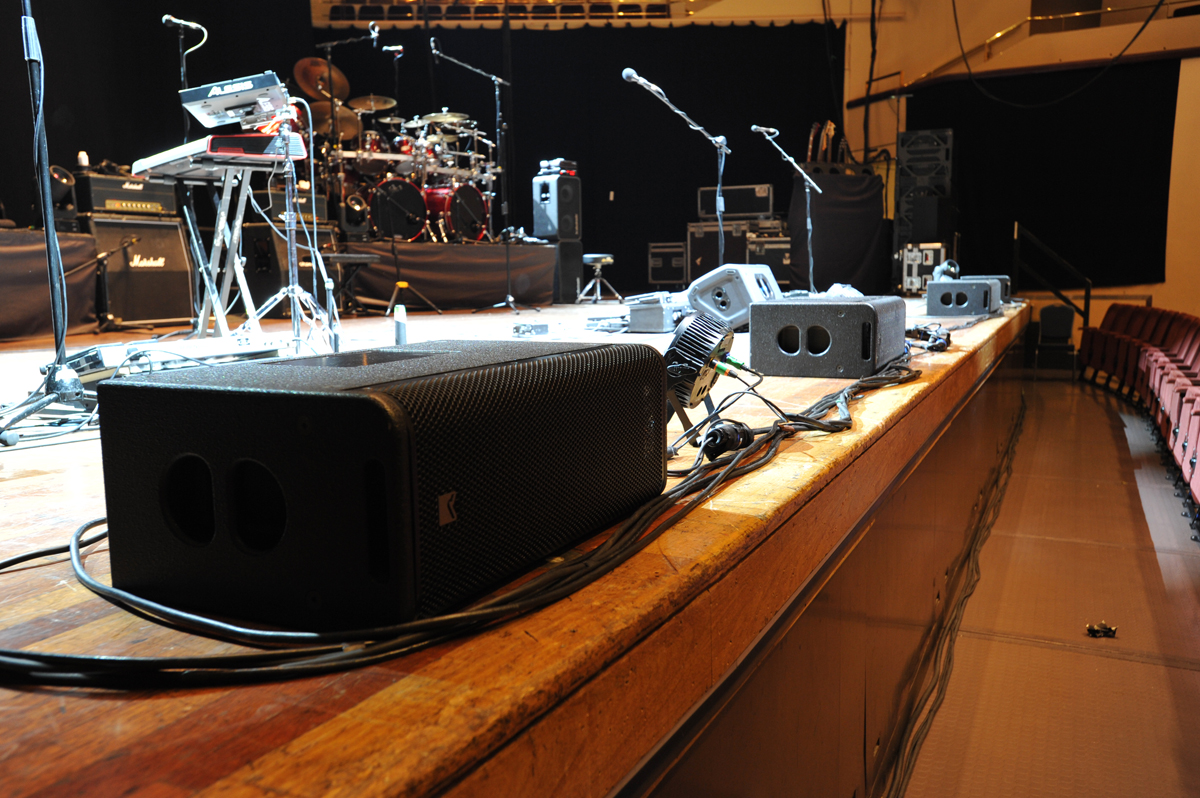