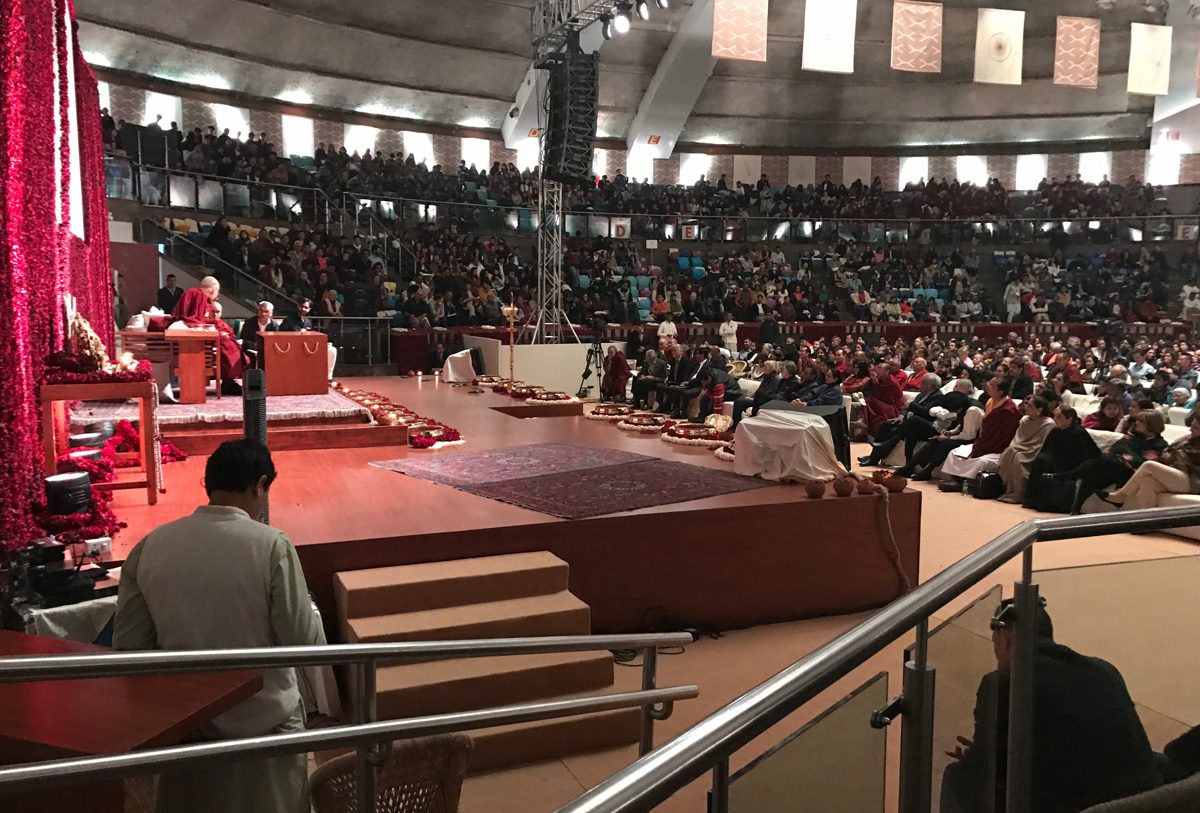 With his inimitable combination of Buddhist wisdom and contemporary values, his Holiness the 14th Dalai Lama addressed over three thousand Indian youngsters, scholars and social visionaries on “Reviving Indian Wisdom in Contemporary India’ at Talkatora indoor stadium in New Delhi. 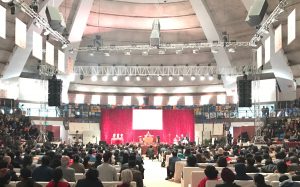 To ensure appropriate vocal intelligibility, fundamental for communicating the profound content of a talk of this kind, and the power to do so in a large venue, the organizers (Vidyaloke) called in Global Pro-Audio Management, who deployed an Outline sound rig featuring several models from the Italian manufacturer’s range: GTO C-12, DBS 18-2, Mantas 28, Doppia II 9075, DVS 15P iSP and iSM 115.
Tibetan Buddhists believe the Dalai Lamas to be manifestations of the Bodhisattva of Compassion and the patron saint of Tibet, enlightened beings who have postponed their own nirvana and chosen to be reborn to serve humanity.  His Holiness Tenzin Gyatso, currently the spiritual leader of Tibet, was born to a farming family in 1935 in a small north-eastern Tibetan village and recognized at a very young age as the reincarnation of the previous Dalai Lama.
At the event, His Holiness he said that ancient Indian wisdom is full of values that are greatly needed in modern times. “India is the only country which has the opportunity and resources to combine ancient wisdom on inner values with modern education to promote both physical and mental well-being.” 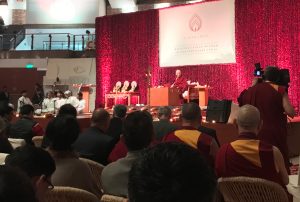 Although obviously covering very serious thought-stimulating issues, His Holiness’s talk was often punctuated by his cheerful laugh, and aroused applause from the audience, such as when he said jokingly, “Fortunately, we Tibetans lived isolated behind Himalayas so we had plenty time to study the ancient texts.”

The Outline system ensuring attendees were able to follow every detail of the important speech was supplied by the manufacturer’s exclusive distributor for the Indian sub-continent, Global Pro-Audio Management, helmed by dynamic industry member Gaurav Malvai, a well-known face in the country, since, as well as a key pro audio distributor, he is also a high-profile DJ and music producer. 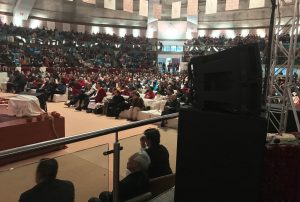 Malvai added Outline to his portfolio of brands after he had heard the products at various locations around the world, and explains, “Outline’s extensive product range has given me the opportunity to develop relationships in every market here, from large events and live productions through to all types of installation work.”