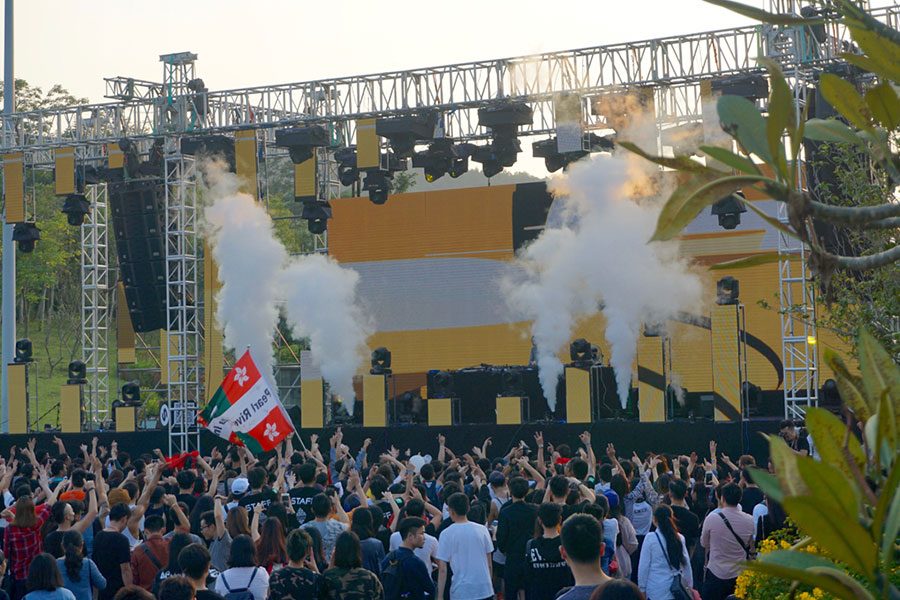 Electric Jungle Music Festival is the first and biggest EDM festival in South China and this year’s edition was staged at the huge Shenzhen Universiade Center, inaugurated just five years ago and designed to host not only international sports, but also large-scale events and concerts, such as the Festival, committed to creating a rich, flexible and highly interactive world-class stage offering a wide variety of on-site activities as well as the music.

The festival, which featured sets by jungle artists such as R3HAB, Knife Party and Adventure Club, was presented by Jungle Events and organised by MNET Media.

As well as lasting longer than in the past (two days instead of one), the festival also added a new stage this year and Haona, Italian audio manufacturer Outline’s distributor for China, fitted it out with twelve of the company’s GTO loudspeakers and six GTO-Subs. The rig was powered by a pair of Outline X8 and twelve Outline T11 amplifiers.

Company president Kong Qinghua explained, “The event’s general lighting and sound contractor, Music Trick Lighting, asked us to take on the project for the whole sound system because our equipment was ideal for the show and we also provide strong technical support.”

Mr Kong continued, “They have an in-depth training program for dealers and distributors, which provides consistent standardised technical support in each country, which is a great benefit in guaranteeing shows’ results.”

The large venue offered additional challenges for the Haona team, as Mr Kong explained, “There were small hills with trees and the fact that the organisers added a VIP zone meant we had to calculate coverage precisely before the show, taking all these factors into consideration. Some adjustments were made onsite and we had just two days for setup and alignment.”

Careful planning was required to ensure that the best possible solution was implemented and communication was key. “It’s very important to communicate with customers before shows and plan accordingly,” Mr Huang observed. “Manpower can be arranged and equipment checked at the warehouse, but if last-minute changes have to be made, these can pose another big challenge.”

Mr Huang concluded, “Whereas concerts or touring shows last two to three hours and clubs operate four to five hours nightly, the Festival’s sound reinforcement needed to be able to run for eight consecutive hours, with full power energy and at a very high SPL, which was very demanding for the products. We ensured plenty of headroom when we designed the system and were confident that we didn’t need back-up.”