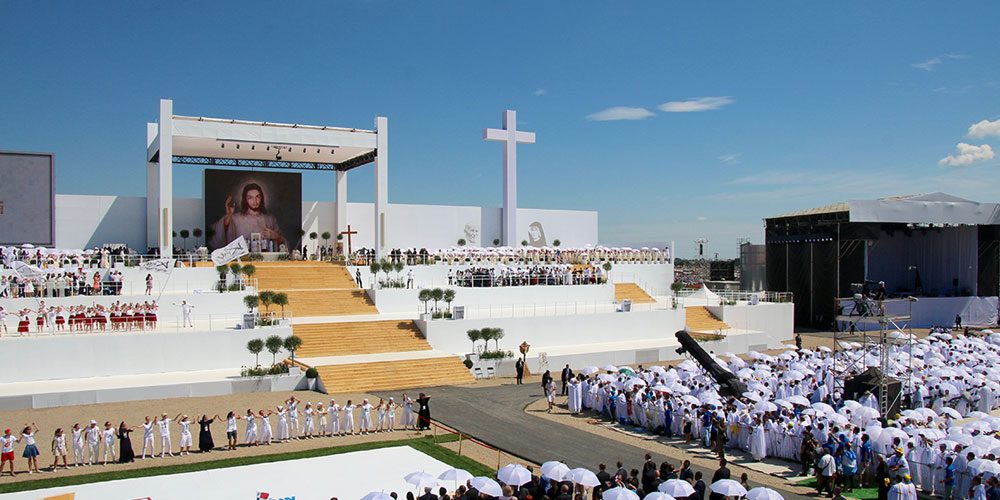 The 2016 World Youth Day drew approximately 2.5 million pilgrims from all over the world to the Campus Misericordiae in Krakow (Poland) and the daunting task of ensuring that not only the music of performers at the event, but in particular the words and prayers of the Pontiff reached the huge congregation intelligibly was faced by Poznan-based Gigant Sound-Letus with Outline sound reinforcement.

Initial calculations showed that, even spacing delay lines 150 metres apart (nearly twice the distance on standard events), approximately 140 delay towers would have been required, but according to the parameters set for the PA, drawn up by Wojciech Ciesielka of Krakow’s AGH University and consultant for Krakow’s Roman Catholic Curia, the towers were to be 300 meters apart.

Outline engineers claimed it was physically impossible for the system to ensure sufficient coverage and intelligibility, even with ideal weather conditions, but eventually confirmed their support on condition that Gigant Sound accepted full responsibility for the decision.

Company owner Jurek Taborowski explains, “It was very risky and I’d never have accepted the challenge without the Outline systems, because I know them inside out! We’ve years of hands-on experience with almost all the line arrays manufactured by Outline, and our stock includes GTO, GTO C-12 and Mantas, as well as subs. At Krakow, we also had the opportunity of using the Butterflys, with great results.

I’d like to emphasize one thing: no job’s impossible when there’s an unlimited budget, but this was definitely not the case – to cut a long story short, 66 towers of Outline enclosures did the job of 140 towers equipped with other manufacturers’ products.”

As well as in-depth calculations with EASE, Outline’s OPENARRAY software was used for simulations and a design prepared using towers with GTO, C-12, Mantas and Butterfly systems. Although the majority of the 600 line array modules came from Gigant’s stock, other Outline users from Ireland, England, Germany, Denmark, Italy, the Netherlands and Hungary also provided systems.

Taborowski adds, “Some sound engineers might be uneasy with the thought of harnessing the powerful high-precision sound put at their disposal by GTO and GTO C-12, but a few minutes into the sound check or concert, they see that GTO responds immediately and accurately to their every need.” 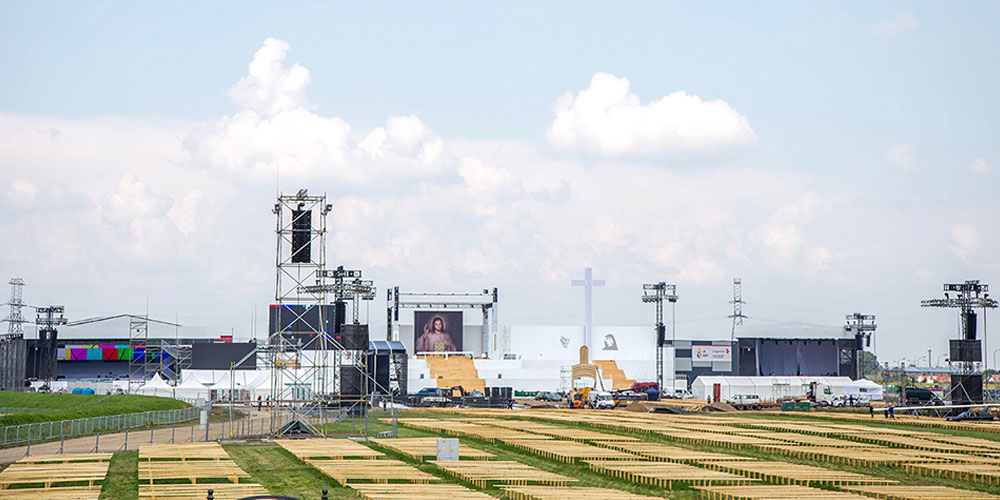 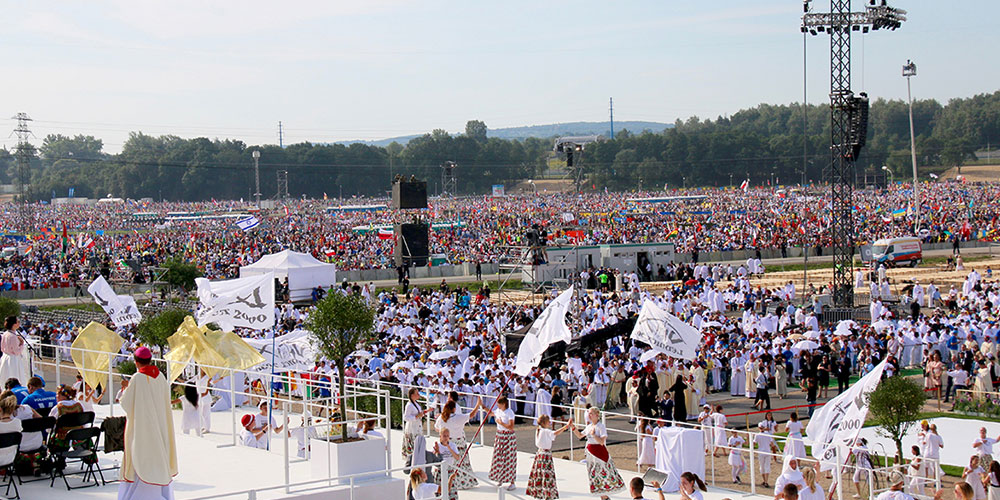 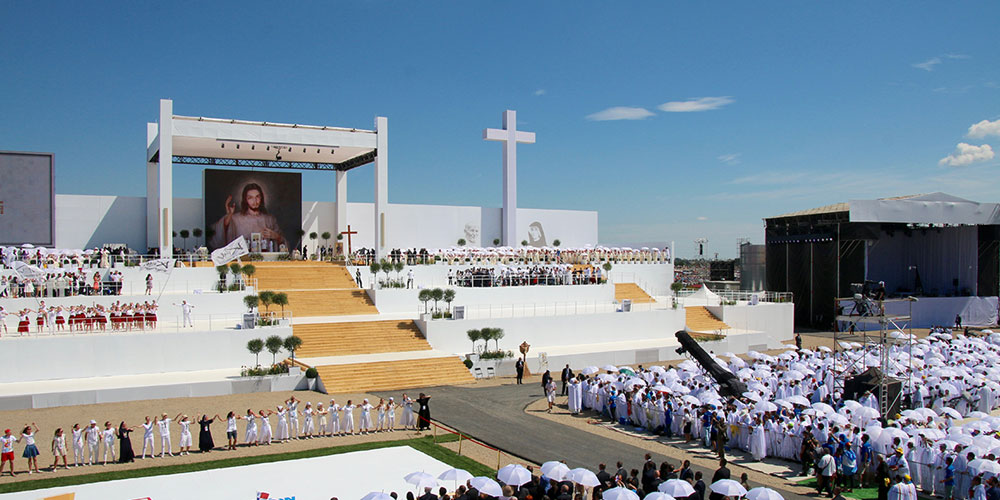 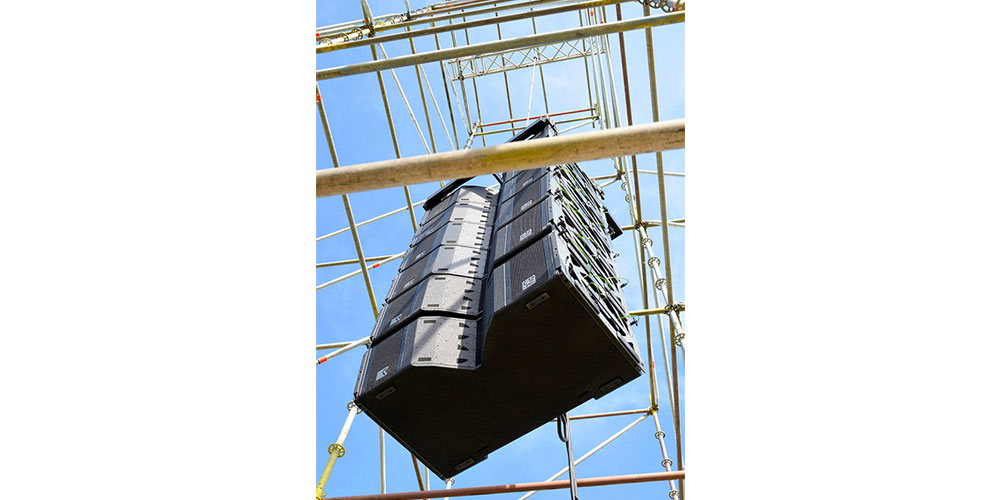 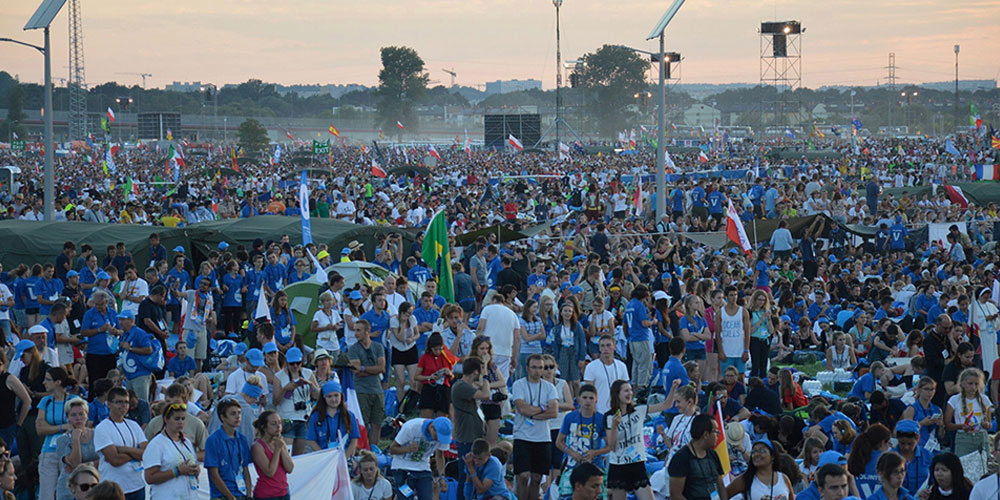 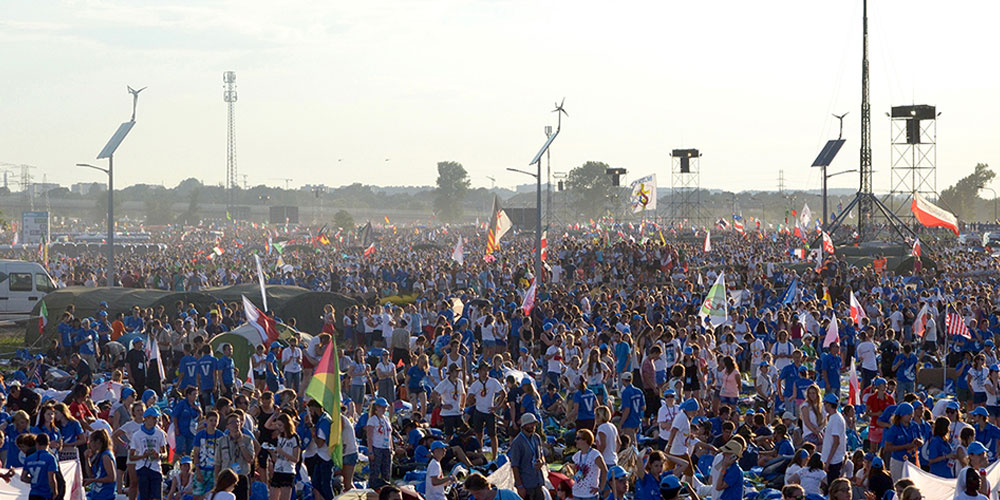 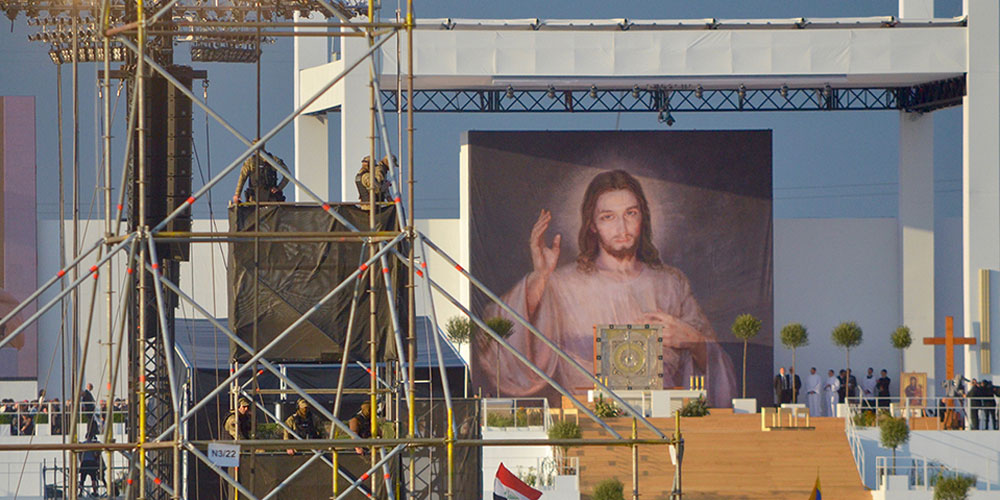 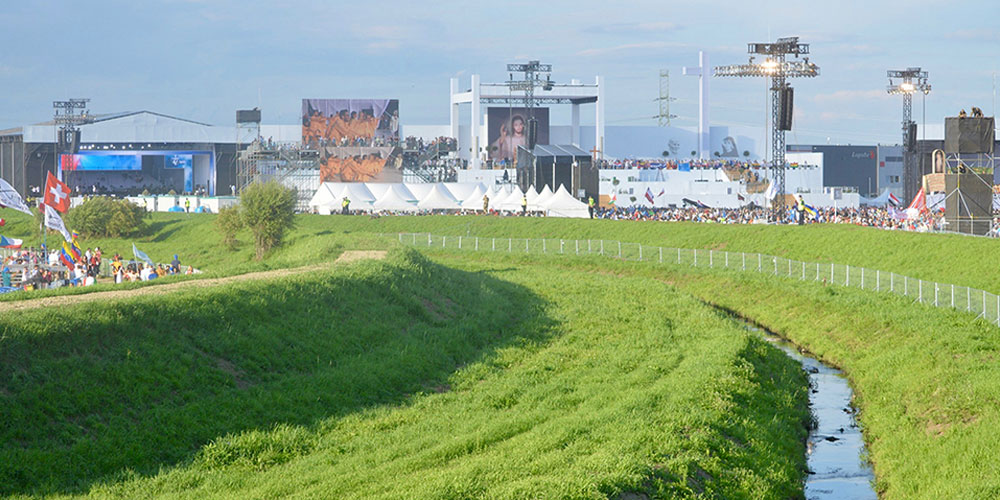 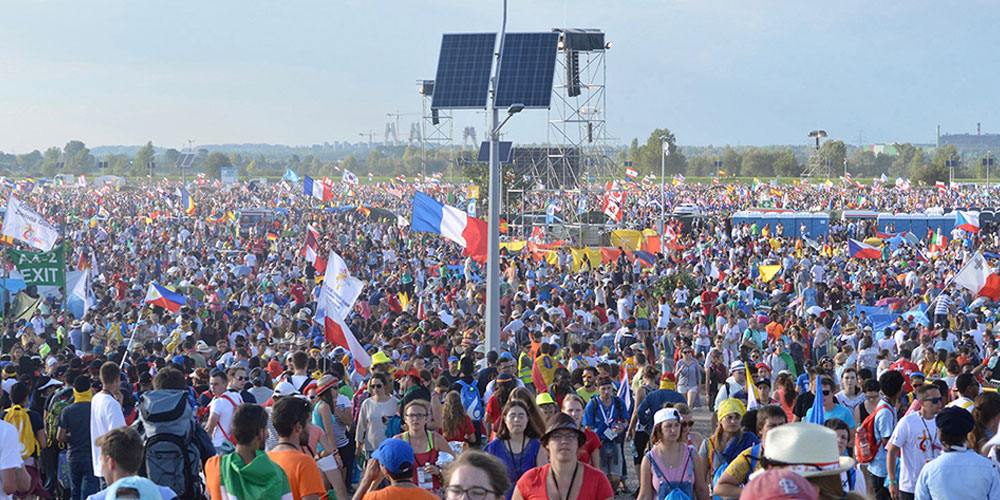 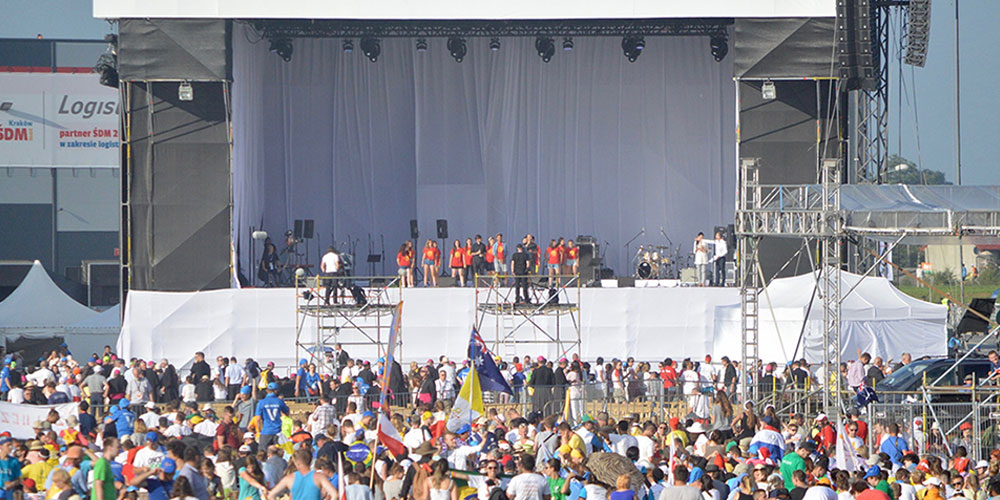 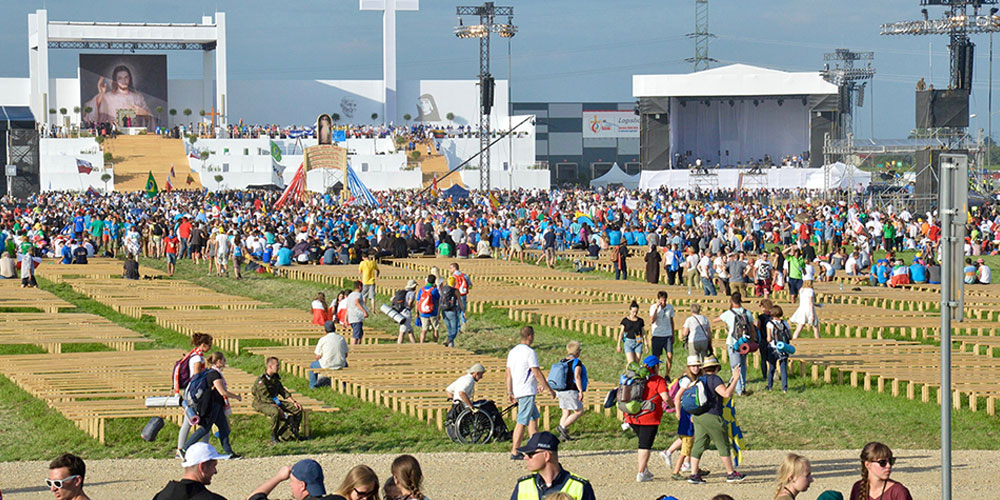 Taborowski has tested countless systems in his career, but the faith he places in Outline goes even further, because “I have great belief in the unique technology on which these products are based. I’ve had the opportunity of understanding and appreciating the operation and characteristics of the DPRWG waveguide all Outline line arrays have in common, and in my opinion it’s an electroacoustic masterpiece. It’s the ‘heart’ that enables Outline line arrays to ensure surgical precision and consistent coherent reproduction over absolutely incredible distances.”

Powersoft amplifiers, used to drive Outline rigs worldwide, were also deployed at Krakow (the total of 200 units was a combination of X8, K10, K20, T7, T9 and T11 models).

On-site preparation work began on the 16th of July with a crew of 10-12 people, which increased to over 40 on the run-up to the event. Gigant system engineer Pawel Zakrzewski was supported by Outline’s Giulio Gandini on the huge project.

After the event, Taborowski concluded: “I’ve already said that I slept easy even after accepting the WYD job, thanks to the awareness that with the rig – in particular the GTO – we’d have come up with the goods, even when faced with a project some folk described as ‘impossible’ and ‘crazy’.”

Taborowski was aware that if anything went wrong the responsibility and consequences would be his alone, but everything went smoothly and, thanking the tech crew for its very hard efficient work during the huge event, he enthused, “No other rental company in Europe, and probably in the world, has ever covered such an impressive event, and we’re extremely proud of this!”