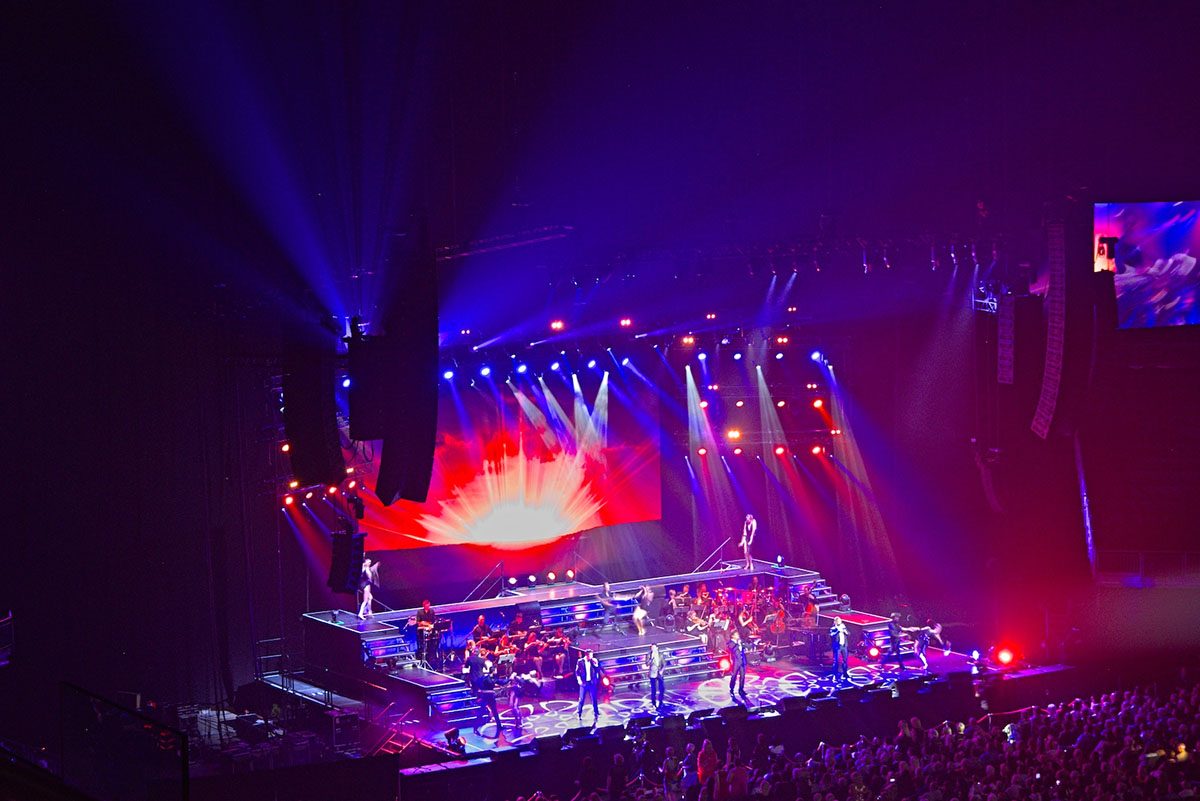 May 27, 2016 Posted by Administrator
Sound Stories

Capital Sound Hire are providing full audio production for Il Divo on their current world tour, featuring music from their latest album ‘Amor & Pasion’. This project is also the first major tour for which the Wimbledon-based audio company are using their recently purchased Outline GTO C-12 system, covering arena shows throughout the UK, Europe and Scandinavia.

Il Divo have enjoyed global success since forming in 2003, recording in seven languages, selling well over 30 million albums worldwide and scoring 160 certified gold and platinum hits in 35 countries. They were also the first ever ‘classical crossover’ act to reach the top of the US Billboard 200 list and in 2006 the Guinness Book of World Records listed Il Divo as the most commercially successful group of their kind in international music history. More recently they were the winners of the coveted Classic PPL Nordoff Robbins Classical Award 2015.

Capital have been the group’s choice of audio supplier from the very beginning, as Capital’s General
Manager Paul Timmins recalls: ‘ Believe it or not this  is year twelve! We started working with them at Ritz rehearsal rooms in Putney all those years ago…each successive Il Divo tour has brought new challenges and achievements for us as the band have grown and it’s now a very comfortable partnership’.

The system configuration used by Capital for the recent show at London’s O2 Arena provides an ideal snapshot of how they are using their new equipment – it also highlights how (relatively) little equipment is needed to deliver full-frequency audio accurately within a major international concert venue when using cutting-edge audio designs.

Capital’s Robin Conway designed the system and he said, ‘Our designs for Il Divo have historically involved flying subwoofers and 2016 is no exception with GTO Subs flown directly behind the main left and right arrays, each of which comprise twelve GTO C-12 modules plus a single GTO-DF downfill enclosure. There are also flown side fills for the stage (each containing six Outline Mantas28 cabinets), behind and in line with the main L/R arrays. The positioning of these has improved the sight lines to the stage and screen significantly by reducing the overall profile of the flown systems. Flying subs may seem a little strange for this type of show but our experience with Il Divo’s audiences show that they are not fans of large subwoofer stacks, so a combination of flown and discreetly positioned ground-stacked subs is the best solution for this client’.

Capital’s recent purchase included a complete amplification and processing package, which has further enhanced the efficiency of the whole audio system – Robin continues, ‘The Powersoft X8 amplifiers are not only driving the main FOH setup but also the onstage monitoring. The flexibility of the X8 amps enabled us to build multi-purpose amplifier packages (each containing three X8’swith custom PACom, NL4 patch and Dante Network
Distribution) which combine all the power we need for both FOH and monitors into just six touring racks. This gives us a very efficient use of truck space as well as being quick and easy to move and use.’

Robin concludes, ‘Even on this, our first outing with the new equipment, the Outline system has impressed us. The flying systems are very simple to understand and the touring team are consequently finding it easy to communicate the processes to local crew during load ins and outs. The audio coverage is really accurate and the frequency response front to back of the audience plane is very predictable. Having phase coherent boxes also really helps with system setup.’

Il Divo’s FOH engineer Matteo Cifelli commented, ‘Outline has always been the first choice in my rider as it delivers such pure sound quality and detail. Like it’s predecessor the Butterfly, the GTO C-12 is outstanding on vocals and acoustic instruments so I could not imagine a better system for Il Divo.’

He continues, ‘The main advantage of this system is the unbelievable throw which means we don’t use delays in most of the venues where you would generally need them. The clarity in the high-mid range is perfectly matched to what I hear at FOH, even 120 metresaway. We achieved perfect coverage at the O2 in London with only 12 boxes per side on the main hang, and the recent show at the Ziggo Dome in Amsterdam confirmed the unbelievable clarity you can get, even at the very end of the second floor – no-one in this audience is penalised because of their seating position.’

‘As a studio engineer, sound quality is what I look for first, in any system. Having produced the tracks that are being performed on this tour, I know how they must sound – the C-12 is the only system I have used so far (and we have used many in three months of touring around the world) that delivers the exact mix and balance I was listening to when mixing the tracks in my studio in London.’

Matteo concludes, ‘The support from both Capital and Outline is outstanding. The GTO C-12 is a brand new system for all of us so we are still experimenting with different configurations every day. Outline have been very supportive, sending their engineers to help us set up the system in the best way possible and they are always available with suggestions and support.’

Paul Timmins describes the strategic and commercial thinking behind their new partnership with the Italian manufacturer: ‘Our decision to buy into Outline, while possibly surprising for some, was actually a no brainer for us. Having got to know the company over a period we realised that we were dealing with quality people who have a genuine passion for audio, producing great products that simply sound amazing. These were the real drivers behind our investment in the GTO C-12 system.
We heard the large format GTO in 2012 while our inventory featured two main loudspeaker brands and in late 2015, when we decided to expand our offering further, Outline was at the top of our list.’

‘Further tests conducted in London’s 02 Arena just blew us away with the power and tonality of the GTO C-12 line array, driven with the extraordinary Powersoft X8amplifiers. The low weight, compact footprint and intuitive packaging of the GTO C-12 system makes it perfect for our market place, which goes from large theatres to arenas and outdoor festivals across mainland Europe.’

Paul concludes, ‘During and since our purchase the support from Giorgio, Luca, Giulio and the team in Italy has been incredible. It’s the perfect fit for a manufacturer and rental company that we both have similar ethics of service, support and relationships.’ 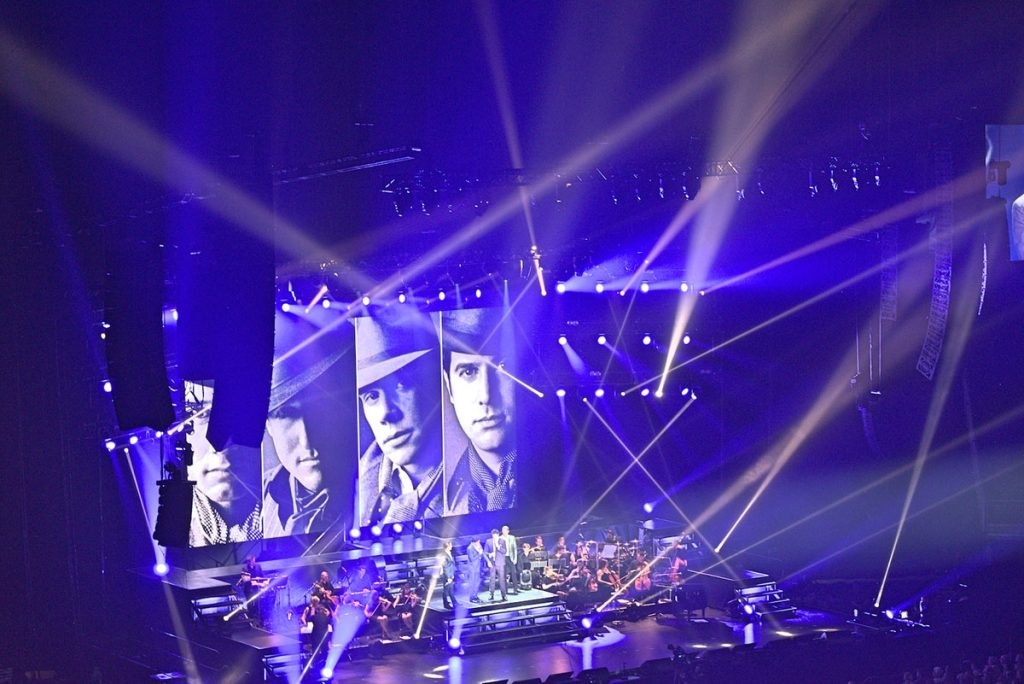 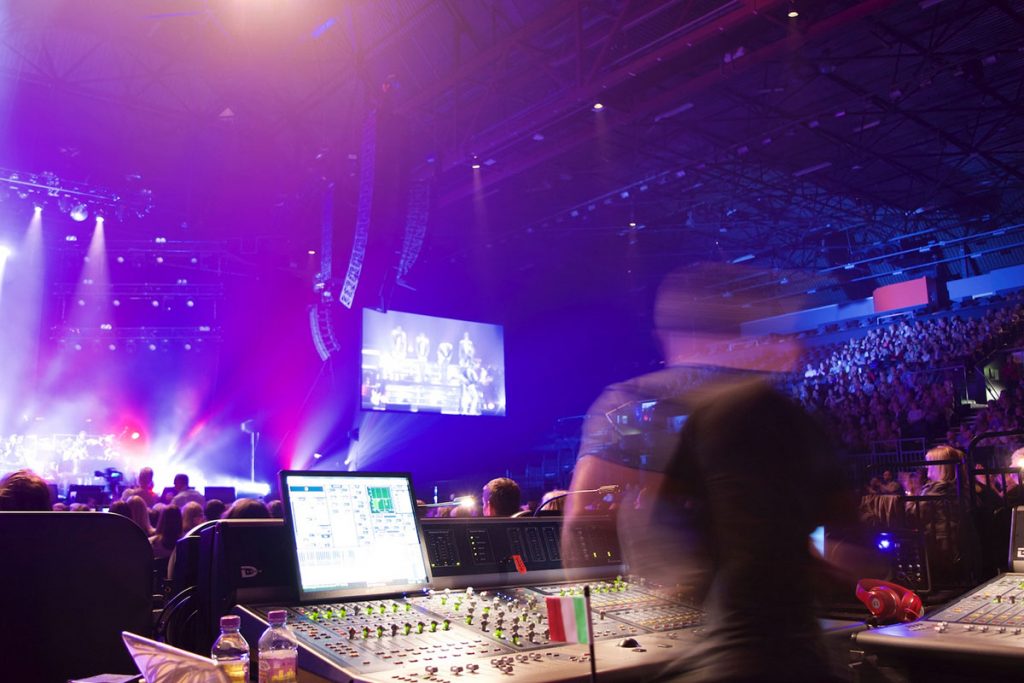 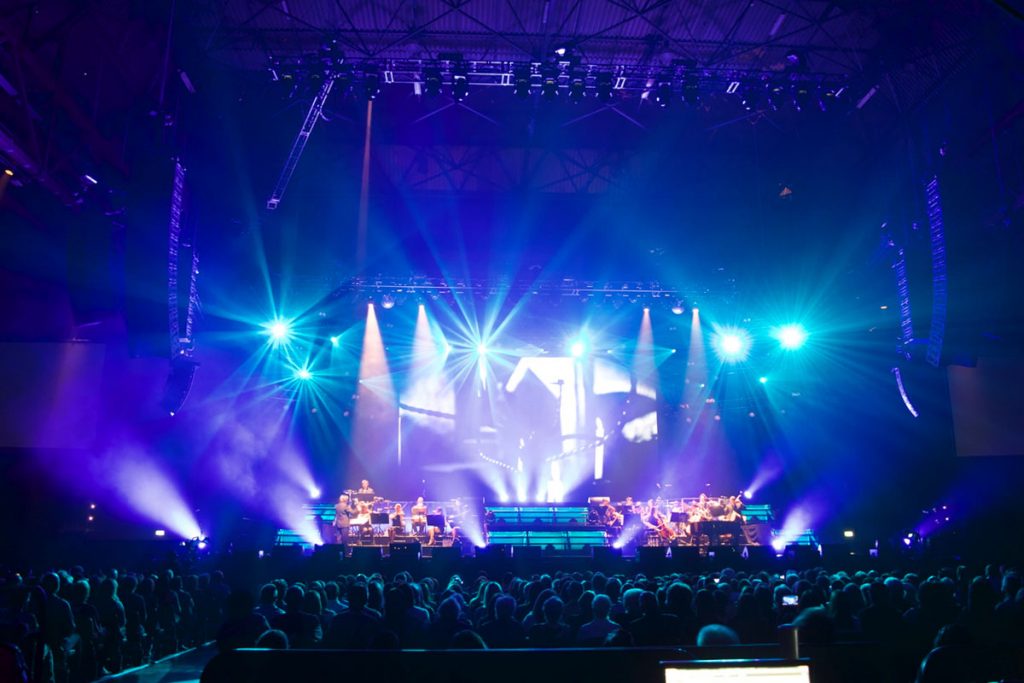 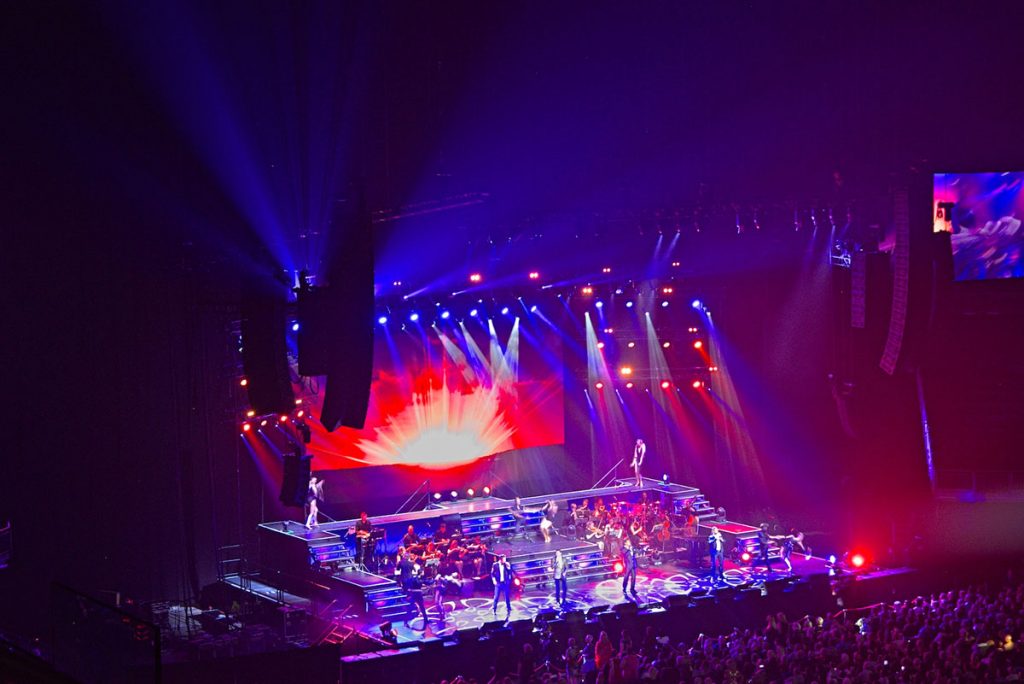