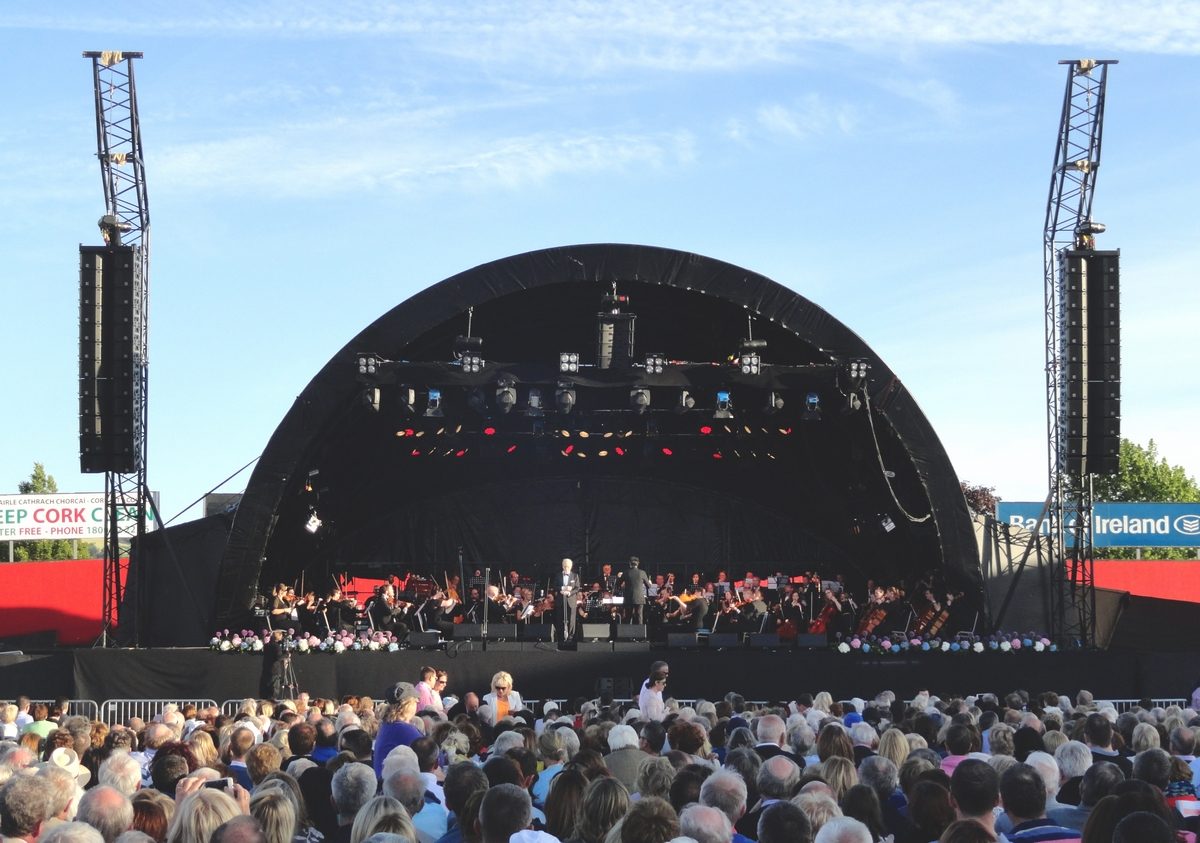 For this high profile event, EQ Audio and Events, headquartered in Dublin, fielded an Outline rig featuring twelve Outline GTO C-12 per side for the main left and right hangs, chosen because a very consistent transparent sound was indispensable, with very even coverage and absolutely no coloration. 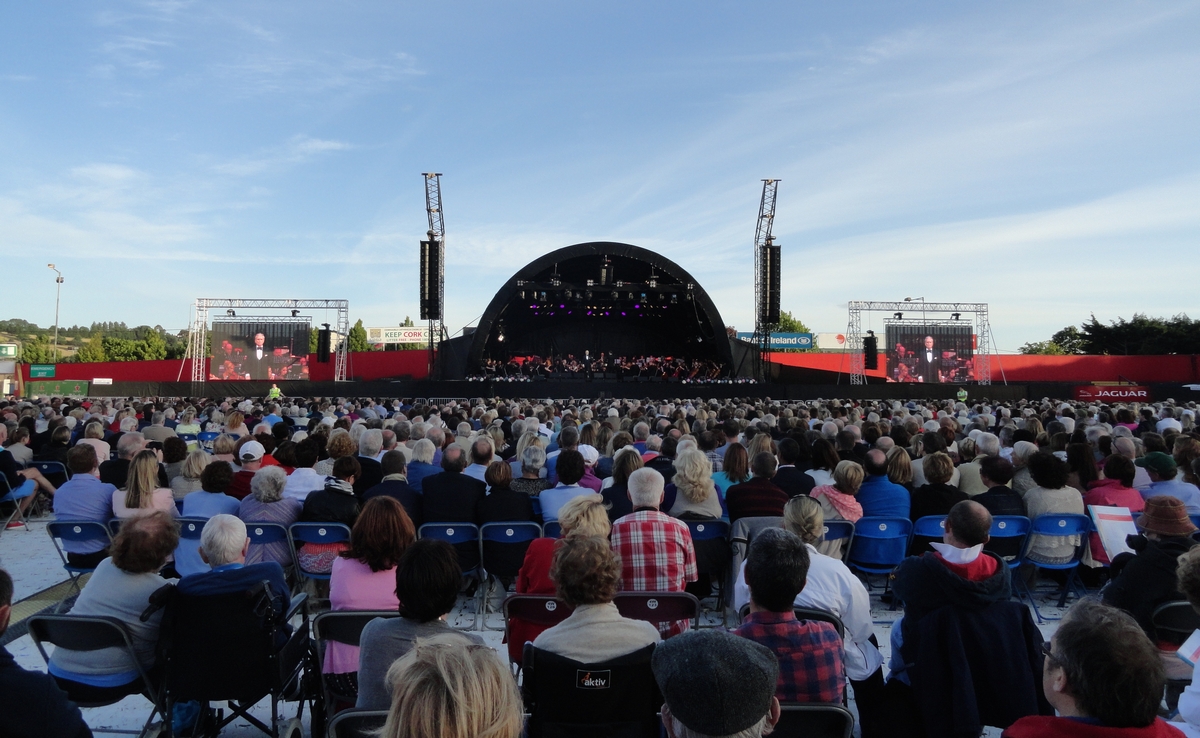 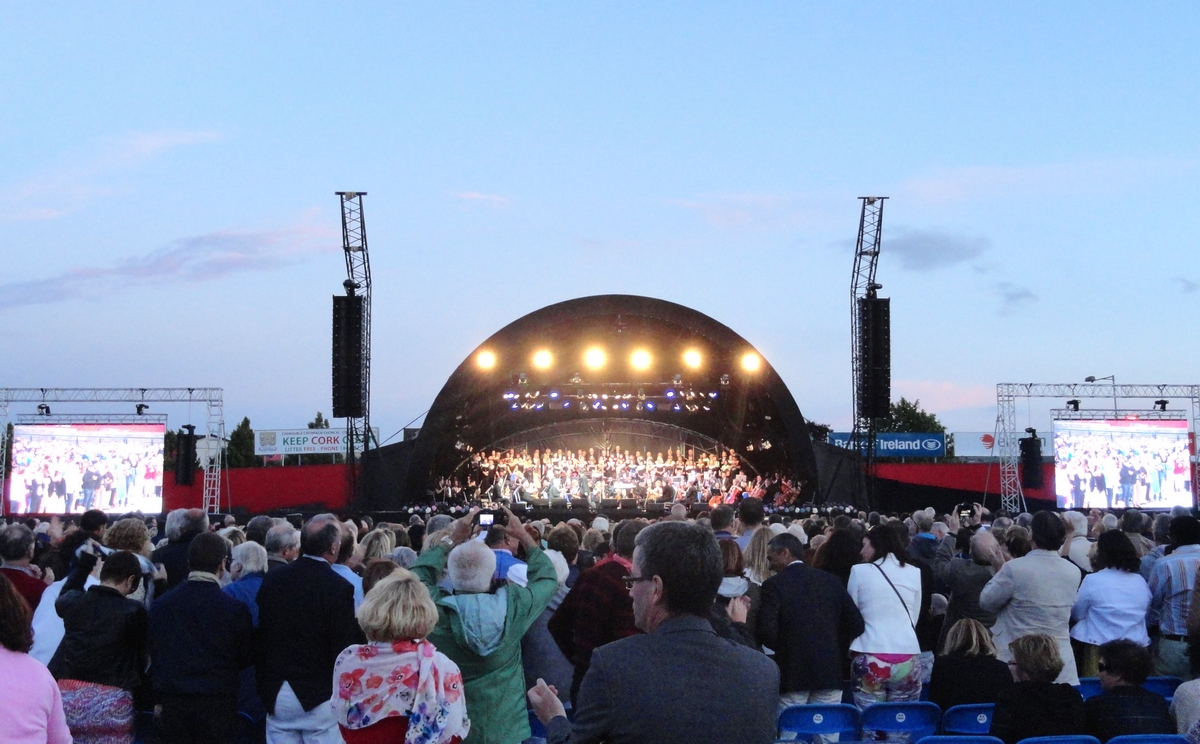 Outline Butterfly CDH-483 cabinets were fielded for fills. Outfill hangs comprised ten CDH-483s per side, with more of the same enclosures deployed behind the FOH platform. All the CDH-483s were powered by Outline T7 amps, whereas, for the first time, the GTO C-12s were powered by Powersoft’s brand-new X8 amplifiers.

Production manager Shay Hannon explained that factors to be taken into consideration at the drawing board stage included the closeness of residential properties, which meant ensuring that there was no audio spill, but Outline’s OpenArray 3D software package enabled the issue to be addressed and solved.

Acoustic challenges inside the actual venue were caused by the reflective nature of the grandstand and the varying height at which the audience was seated. 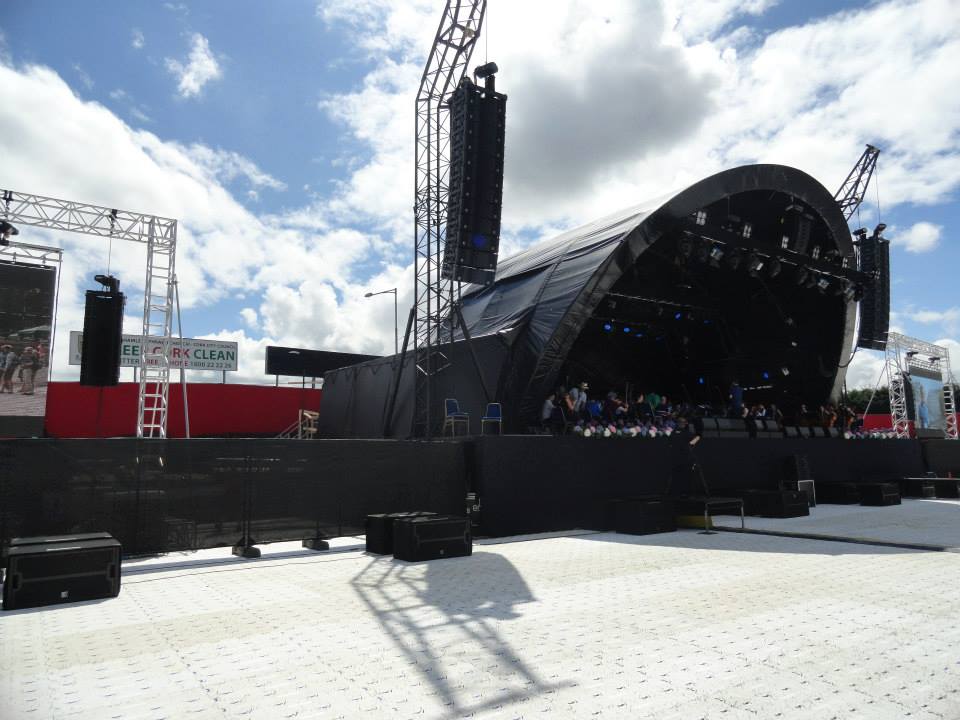 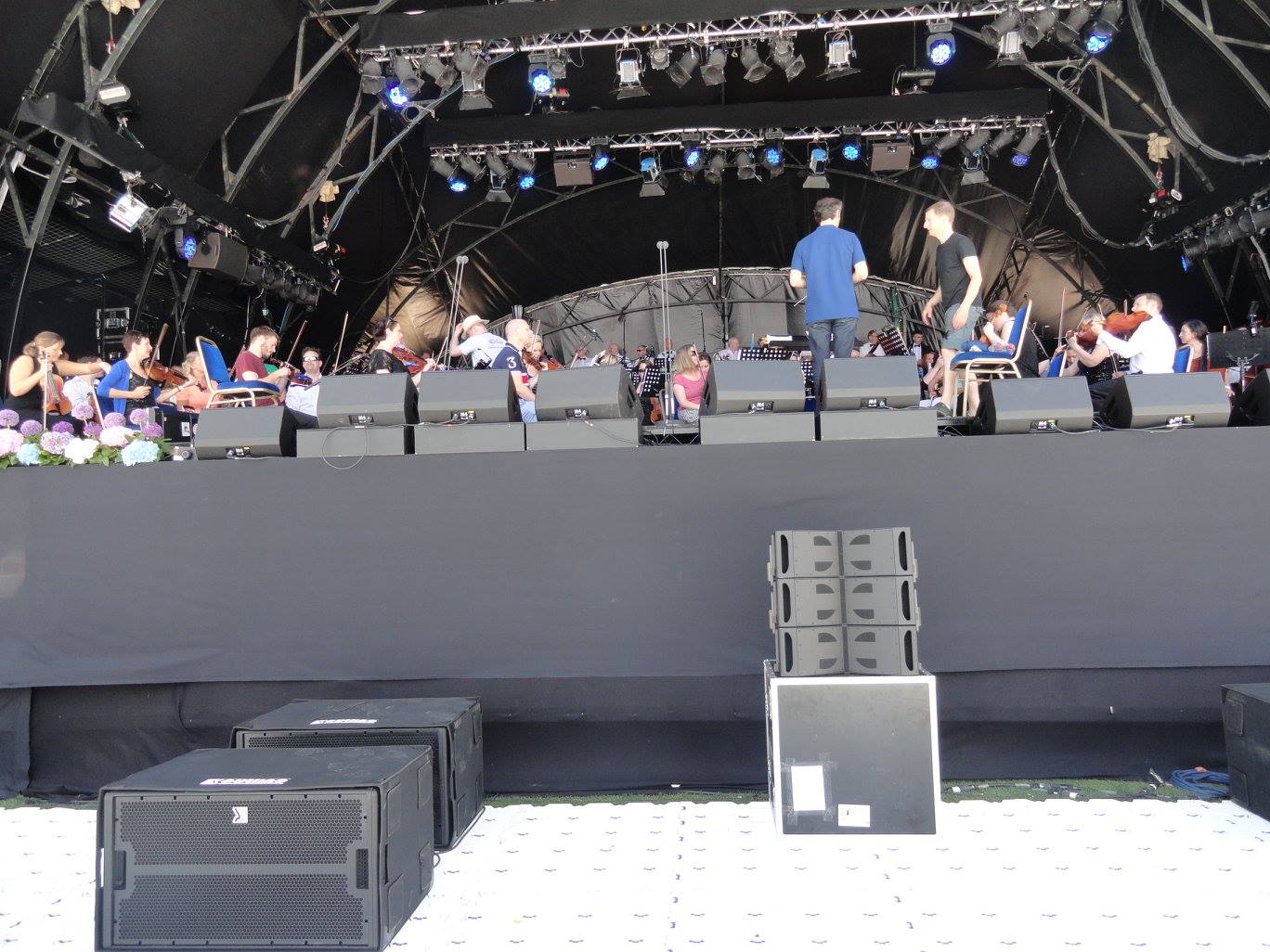 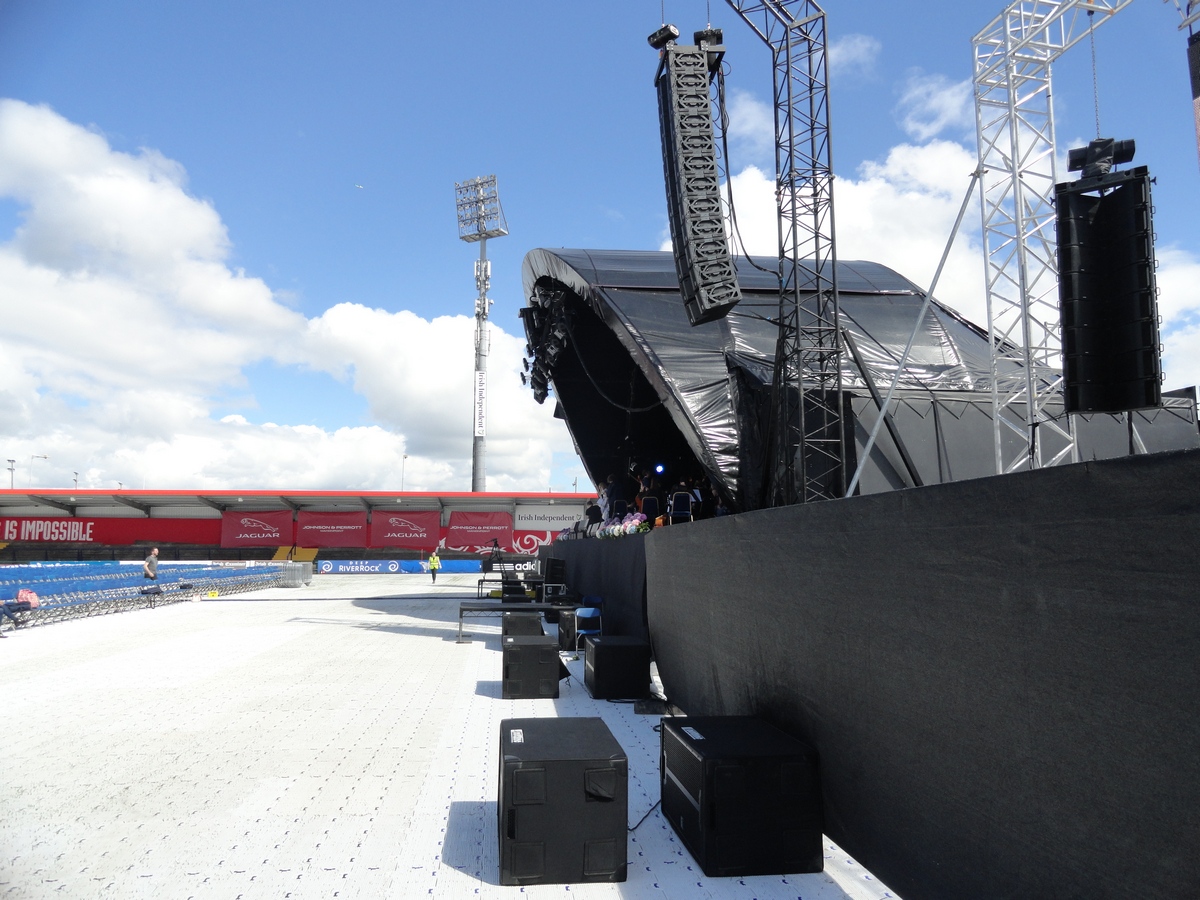 Carreras’s FOH engineer, Peter Schneekloth, has worked with the world-famous tenor for fourteen years and found the GTO’s performance amazing for its vocal clarity, and excellent HF throw, commenting that the system delivered a very good sound and only required some phase-alignment and fine EQ tuning.

When Jenkins’ FOH engineer Steven Carr arrived on the morning of the show, he just walked around and made some EQ and level adjustments using a combination of ears and measurement software.

As well as the positive feedback all-round from point of view of sonic quality and coverage, the production team’s riggers gave GTO’s integrated rigging system the thumbs-up for the rapidity with which the boxes can be flown and their compact dimensions, which also reduces setup times and transport costs considerably.

In spite of the venue being “asymmetric”, with grandstand seating on one side only, Schneekloth found coverage very even and commented, ”Apart from a few changes with the outfills for the grandstand, everything worked very well from the outset.

After the event, he enthused, “It was a great help to work with the engineers and technicians from EQ Audio staff and Outline’s Francesco Ferretti.“

Carr concluded, “The benefits of the Outline system were good sound quality, efficiency and plenty of headroom.”