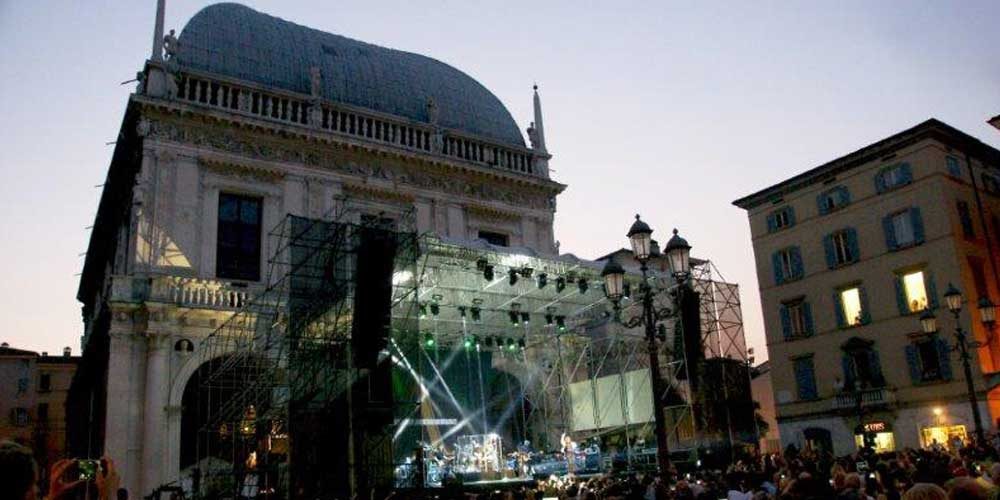 Italy – Since its debut edition in 1997, Brescia Summer Festival has hosted artists of the calibre of David Bowie, Joe Cocker, Elton John, Bob Dylan and Neil Young. This year’s headliners at the event, staged in Piazza della Loggia, the Italian city’s picturesque Renaissance square, were Billy Idol, Van Morrison and Anastacia, in Italy on a leg of her Resurrection World Tour. 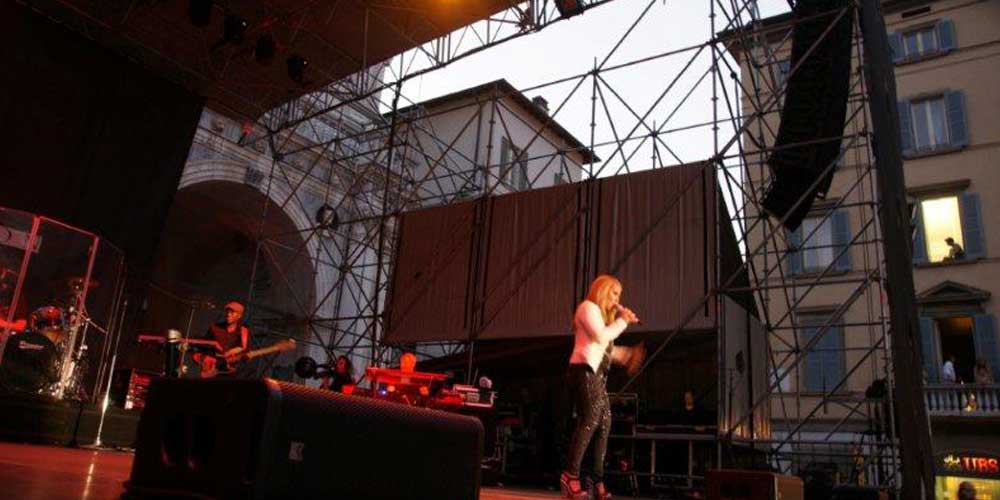 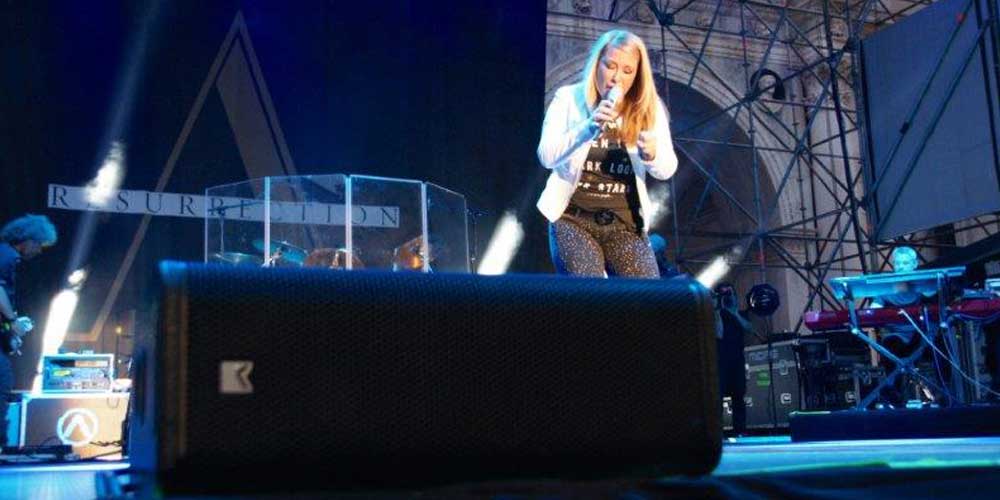 As all the other artists on the program, the Chicago-born singer, with her unmistakable raunchy voice, used an Outline sound system, put at her disposal by local rental firm Cipiesse, founded in 1979.

Festival audio chief Giancarlo Paladini, explains: “The PA was made up of nine Outline GTO C-12 modules per side plus three Outline Mantas on downfill chores for the front rows of seats, which were close to the stage. We used eight DBS 18-2 subs per side, and four LIPF 082 on frontfill duty. Although this might seem an over-sized rig, it enabled us to avoid pushing the system – which in fact was almost always run at half volume – and the twin 12” speakers in the GTOs we chose for the main hangs ensured really nice low frequencies, appreciated by the various FOH engineers.”

The square is fifty metres wide and seventy long and surrounded by buildings from 23 to 26 feet high but, in spite of the size of the venue, Giancarlo Paladini comments: “It was almost a case of plug & play, with just a pair of small adjustments on mid-mid/low frequencies, to limit the square’s reflections, rather than correcting the system. The various guests’ productions only made a few small tweaks of around 2-3 dB on some frequencies, for personal taste and the timbre they wanted to give their artists, but never for any problems with the system’s operation.”

Front and side walls are always a problem as far as reflection is concerned, however, thanks to prior work with OpenArray software, very accurate simulations were obtained, enabling to forecast results and configure the set-up accordingly. 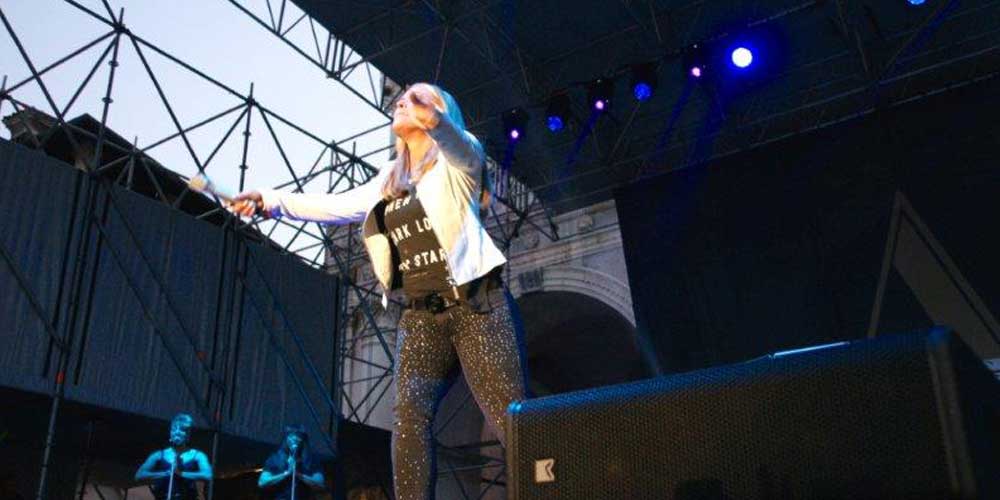 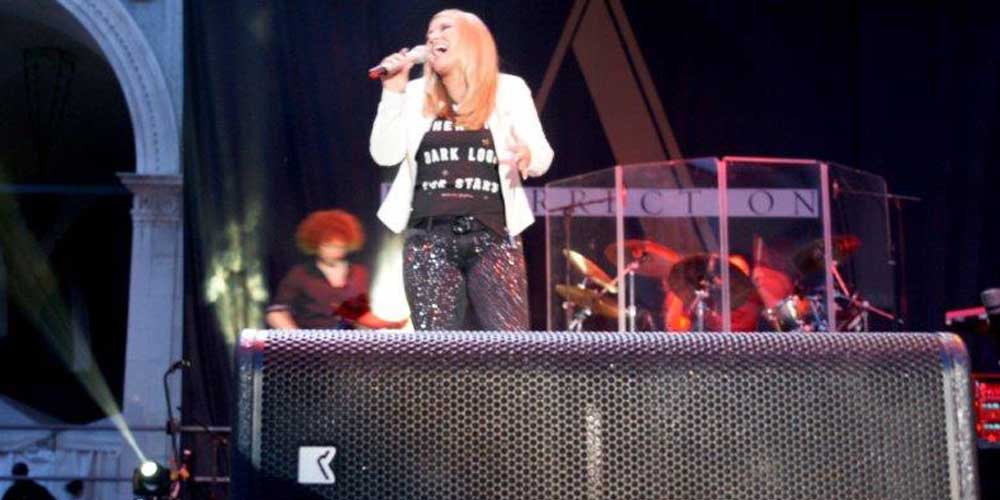 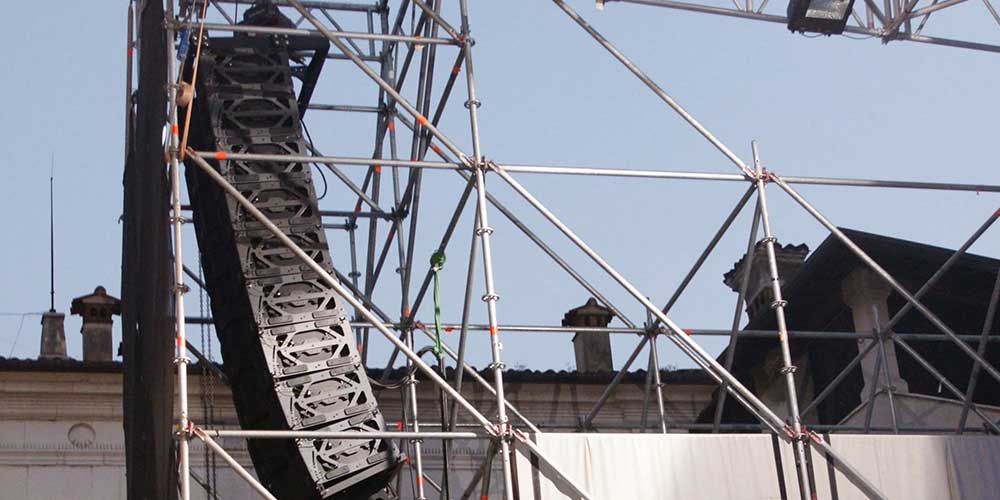 There were spectators at the sides as well as out front, with the audience occupying the full 40-metre width of the square. The side seating began a few rows further back than those in the centre, but the three Mantas enclosures systems enabled them to be covered as well.

Paladini concluded: “Anastacia’s production team didn’t have any particular requests and in fact her FOH engineer was very satisfied with the Outline system’s performance after testing the set-up and didn’t change anything before the show.”