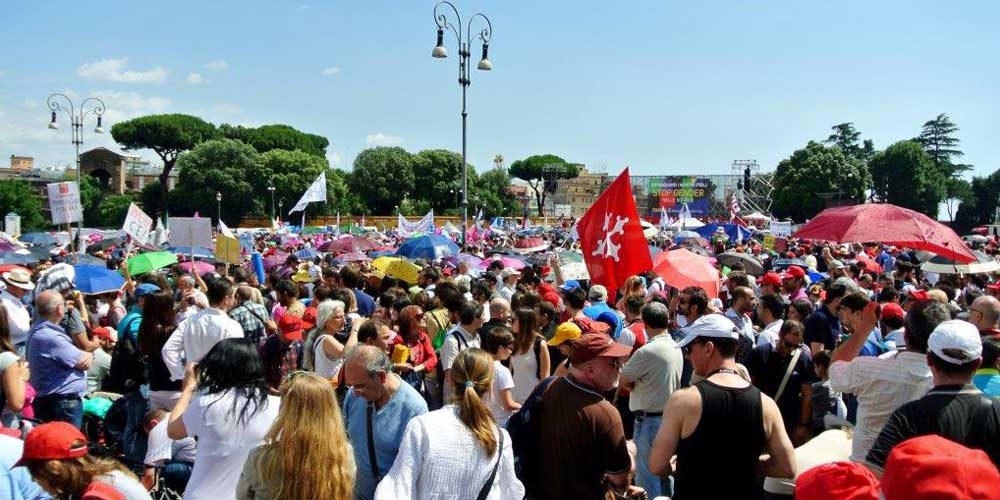 At the beginning of the summer, Rome’s San Giovanni (St John Lateran) Square hosted a reported crowd of a million people of all ages from all over Italy, gathered in support of the family, in favour of children’s rights to have a mother and a father, and making an apolitical and non-denominational protest against the introduction of “gender ideology” in schools.

The company with the unenviable task of ensuring that such a large crowd managed to follow every word of the speakers alternating on stage was Cipiesse (Centro di Programmazione Spettacoli) Srl, founded in 1979 and headquartered in Rezzato (Brescia). 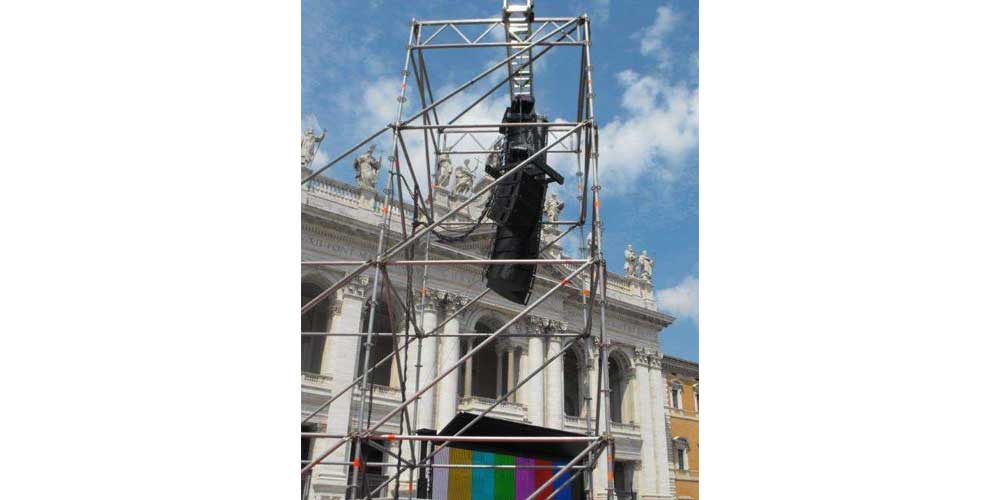 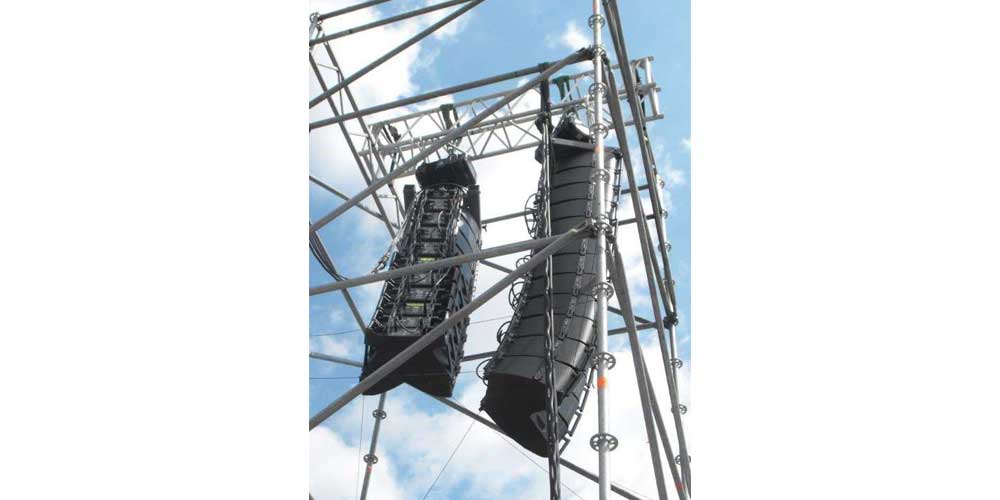 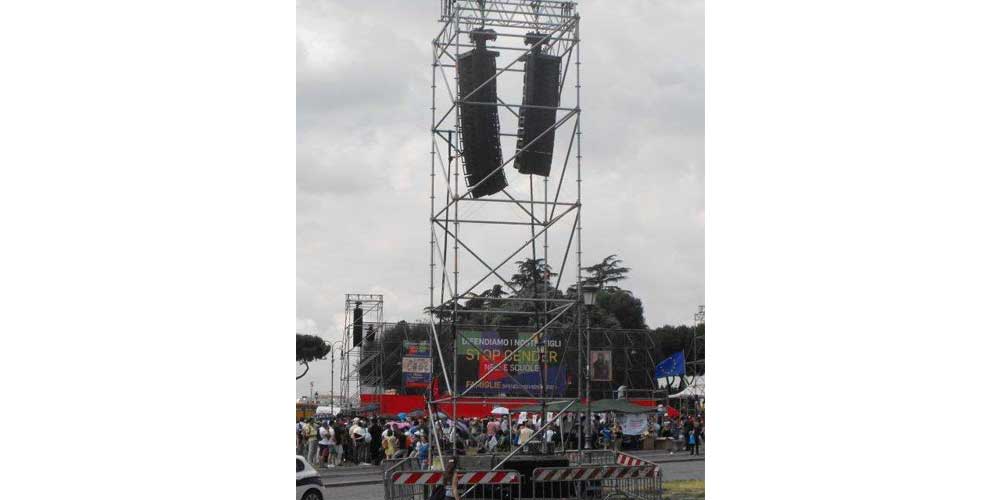 Cipiesse partner Marco Riva, responsible for meeting the event’s demanding requirements as far as sonic quality and intelligibility were concerned, explains: “As well as the event’s sound reinforcement, our company also supplied the stage and backdrop, support systems and technical staff. This was our first job in the enormous historical square and we had to do the utmost to meet the organizers’ requirements while keeping our work’s impact on local residents’ day to day life to a minimum.”

The design of the system, by Giancarlo “Jerry” Paladini and FOH engineer Raffaella Gatti, was based on measurements carried out three years before with Outline, on the occasion of the huge May Day concert organized by the country’s major trade unions.

Apart from the obvious fundamental necessity of ensuring maximum intelligibility for the speakers, another key aspect of the brief received by the organizers, was that the audio system had to have a very low profile. 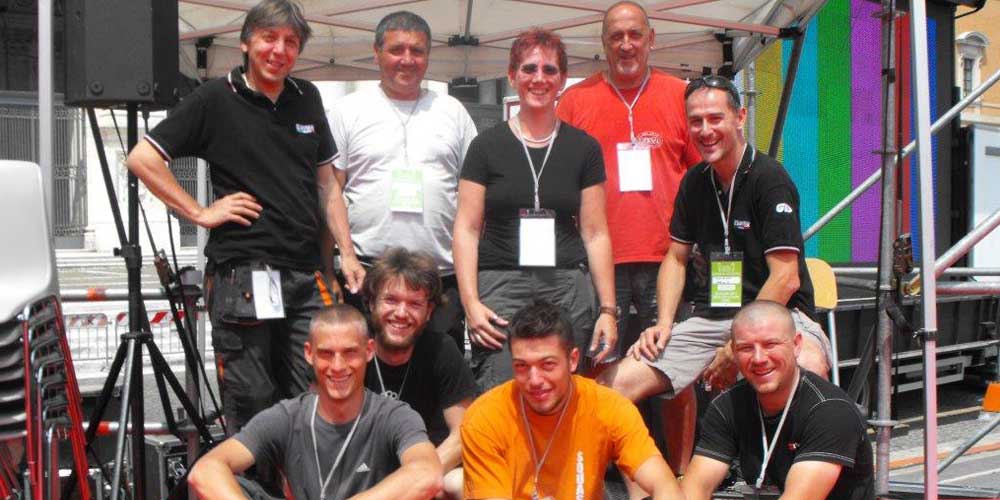 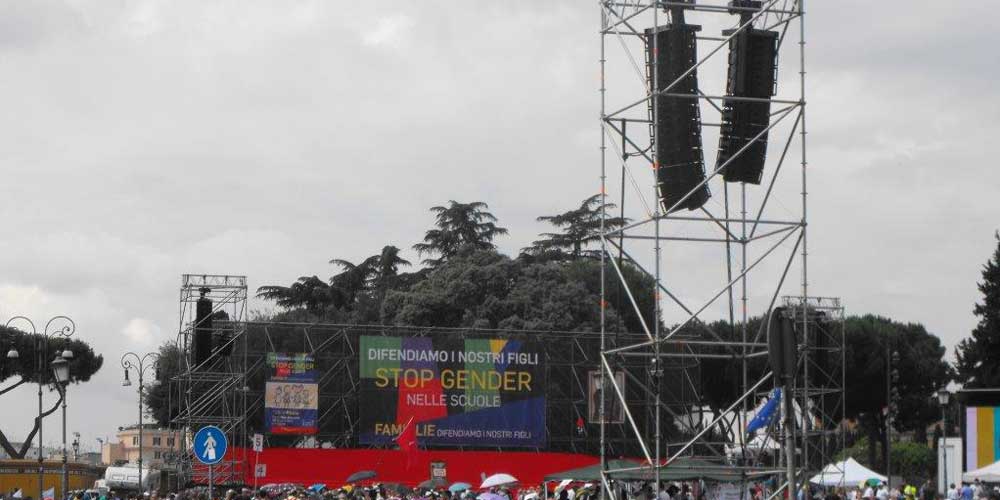 For the event Paladini and Gatti opted for two main stage-side clusters, each with twelve Butterfly, plus two small arrays (each with four Eidos 265 enclosures) on either side for front fill duties. Two delay towers were also deployed, each with two hangs: two with 12 Butterfly enclosures and the other two with 12 Mantas elements, approximately seventy yards from the main rig.

Apart from guitar groups accompanying choirs and singers and video contributions, the majority of the sound reinforcement was for speakers at the event (journalists, legal experts, psychologists, as well as Catholic, Christian Orthodox, Muslim and Sikh leaders), so for low frequency coverage, four Outline Subtech 218 subs installed at the stage and two at each delay tower were more than sufficient.

This set-up enabled the company to ensure excellent coverage throughout the large square and in the streets leading into it, with optimum power and clarity up to almost 150 metres.

Gatti explains: “We used Outline’s Open Array software simulations, which are always very realistic, so – as usual on events of this scale – we did a considerable amount of work with the software, as we knew the rig would respond accordingly.”

Following the event, Gatti enthused: “The delay systems, set according to the software calculations, only needed a very slight tweak during the sound check.”

Paladini concluded: “Things definitely went very well. We saw that the simulations corresponded with reality and, as far as system calibration was concerned, it was mainly a case of ‘plug and play’, thanks to Outline’s default presets.”