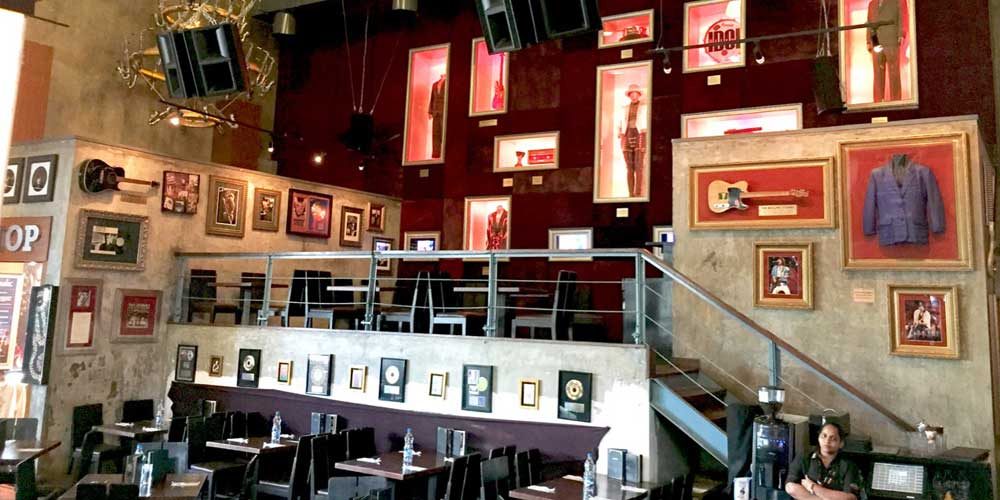 Since India’s first Hard Rock Café opened in Mumbai’s busy upmarket Worli district about nine years ago, the venue has built up a great following, thanks to its role as a standard-bearer of the brand’s successful combination of good food and good music.

More recently, a second Hard Rock Café opened in Andheri (with its 1.5 million inhabitants, one of the most vibrant important Mumbai suburbs) and recent changes to the two venues’ music policy have been followed by a decision to upgrade the older venue’s sound systems, with an Outline rig (the newer HRC, centrally located in the affluent Andheri West district, surrounded by many corporations and movie production houses, was already equipped with the Italian manufacturer’s loudspeakers). 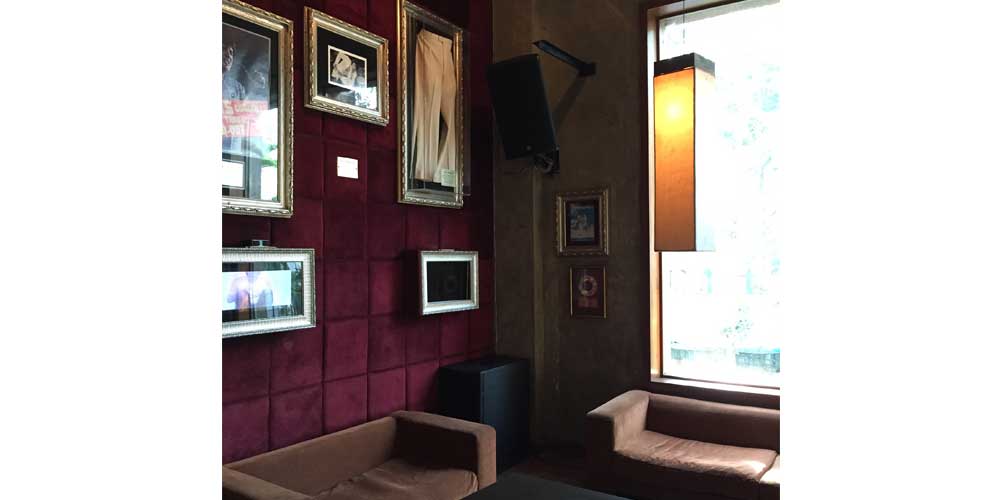 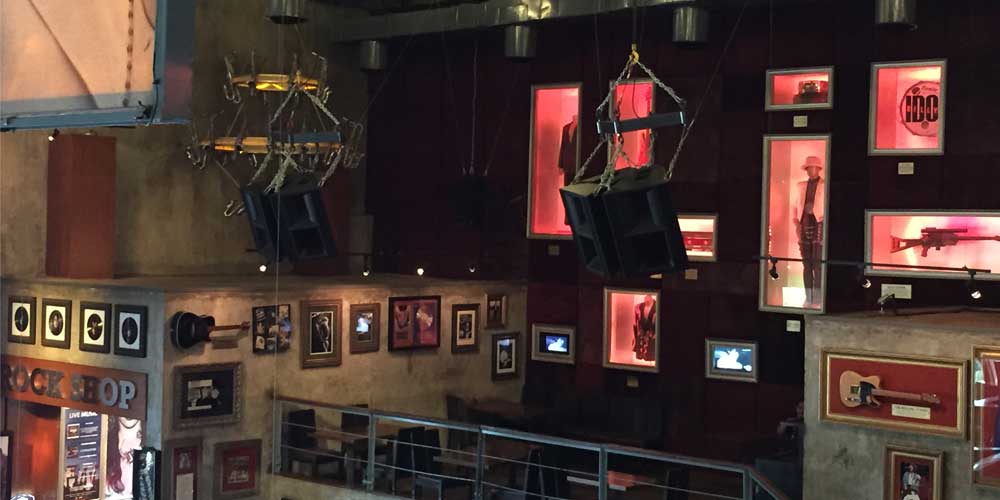 Music has always played a key role in the success of Hard Rock Café’s venues around the world, and the man behind the music in Mumbai, dynamic veteran DJ Roane, who has been associated with the brand since its outset, decided to ensure even greater client satisfaction by adding some groovy dance sounds to the venues’ successful eclectic rock music programs.

Following the decision to expand the music’s scope, HRC franchise owners JSM Corporation Pvt Ltd. decided to integrate a newer and more versatile audio system and called in Arun Kalra’s White Eagle Entertainment, a team that they’d worked with since the outset, to ensure they got exactly what they needed with a short time frame.

Arun states, “We’ve worked with the JSM group since the beginning, and have established a great working relationship. We designed and integrated the original system at the first Worli HRC and also had the privilege of designing and integrating the audio system at the new Andheri venue, which was the first HRC to have the Outline system. The management was so pleased with the Outline system’s performance that when it was decided to upgrade the setup at the original venue in Worli, they had absolutely no doubts when opting for an all-Outline solution.” 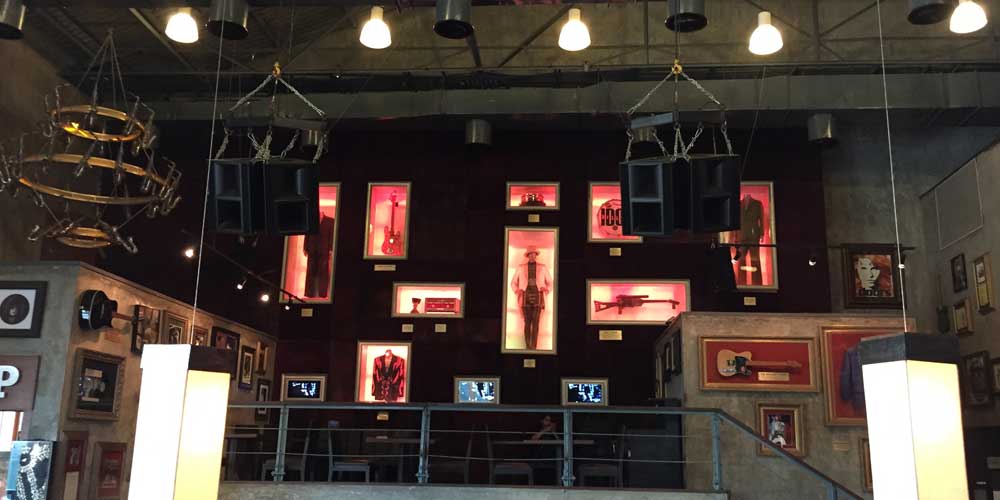 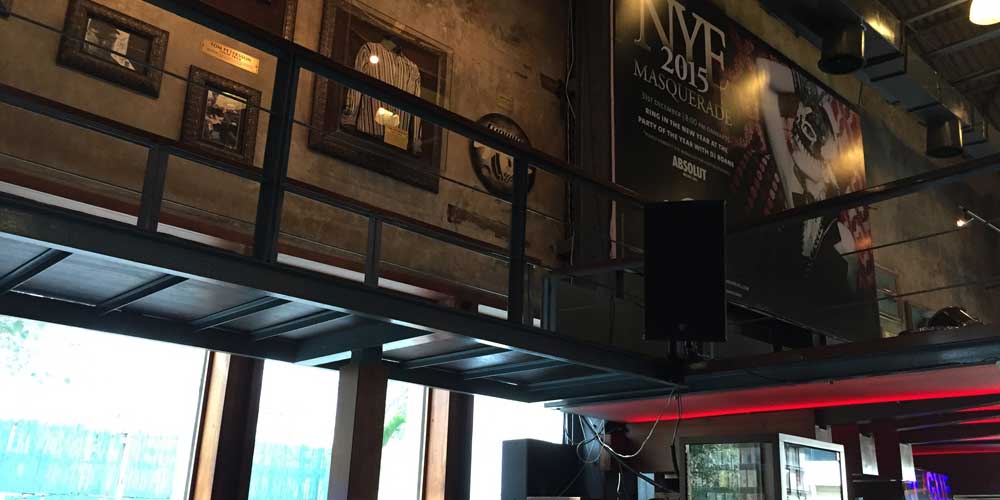 White Eagle Entertainment designed the system for Andheri’s HRC, deploying the most suitable Outline products, using the Italian manufacturer’s proprietary software. The new system comprises four Doppia II 9075 and four DBS 18-2i subs installed at the main stage’s FOH area, plus eight EIDOS 12 and two EIDOS 15 loudspeakers positioned strategically across the venue to optimize coverage. An EIDOS 118 sub was also installed in the venue’s VIP area to ensure bottom-end fidelity and the whole set-up has an Outline powerhouse.

Regarding the results achieved with the Outline system, Sanjay Mahtani, co­founder & Executive Director of JSM Corporation Pvt. Ltd comments: “We’ve worked with Arun Kalra and the White Eagle Entertainment team since the inception of our first Hard Rock Café in Mumbai and the audio setup at both venues sounds absolutely amazing!“.