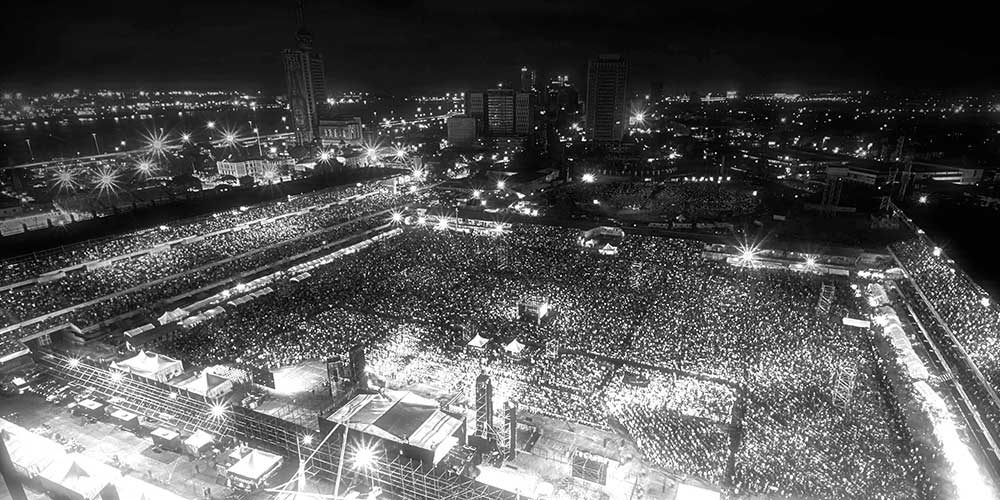 Lagos (Africa) – “The Experience”, an interdenominational gospel concert organized by The House on the Rock Church, went alive again on December 5th (2014) at Tafawa-Balewa Square in Lagos with the theme “One God, One Voice.” 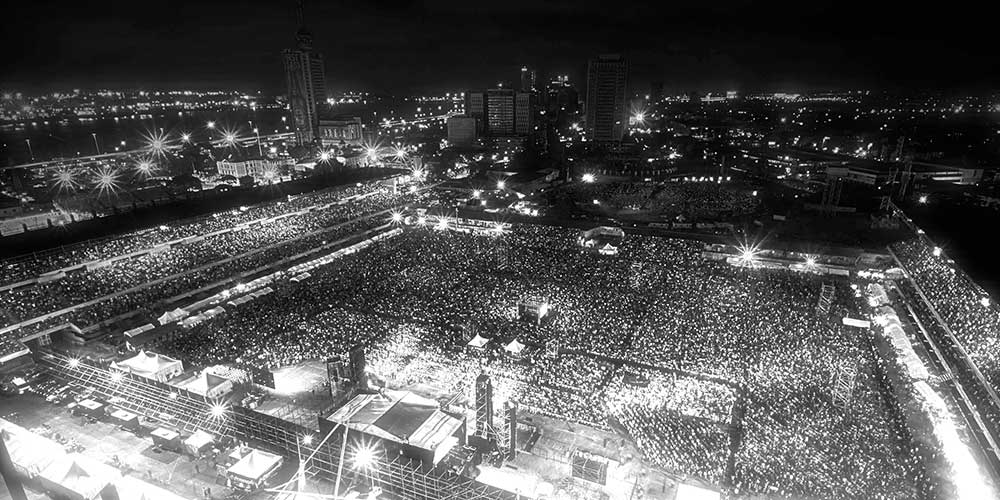 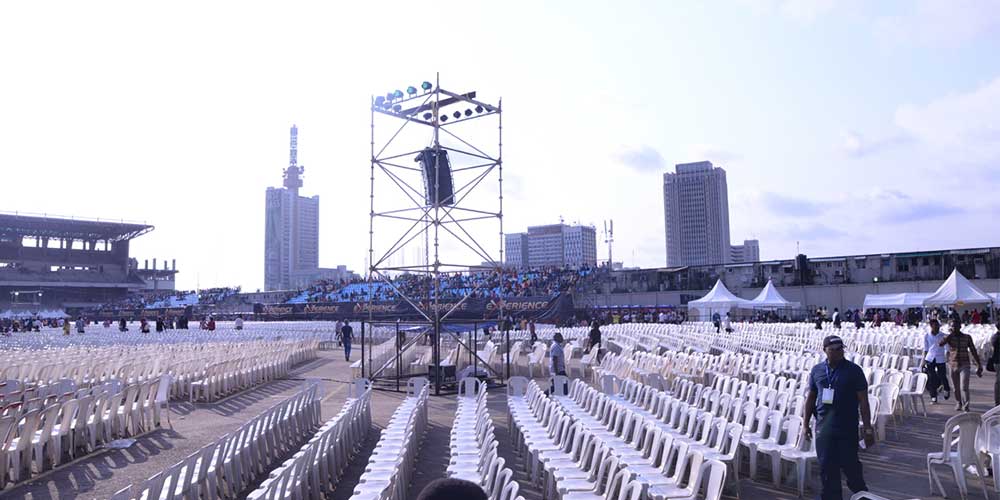 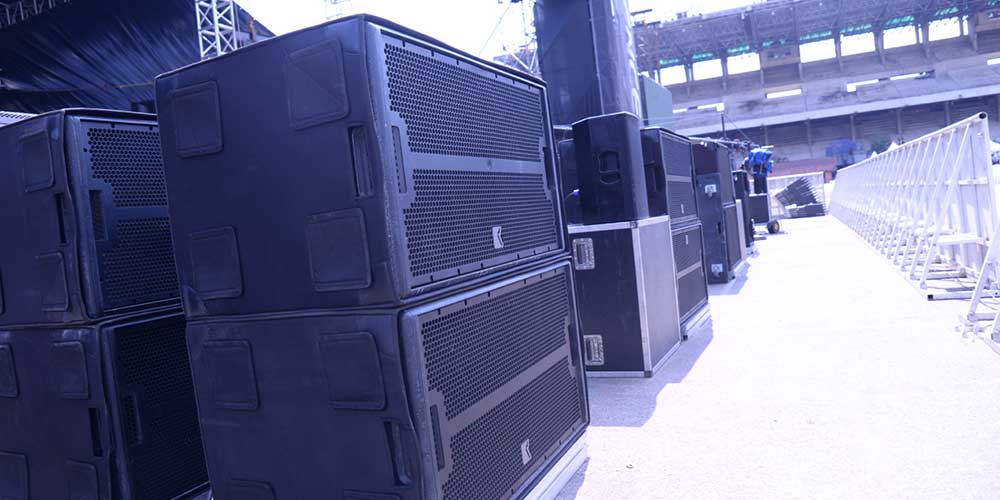 For the second time, Nigeria-based Cytech World Communication was honoured to provide a complete audio solution by Italian manufacturer Outline for such a huge prestigious event. 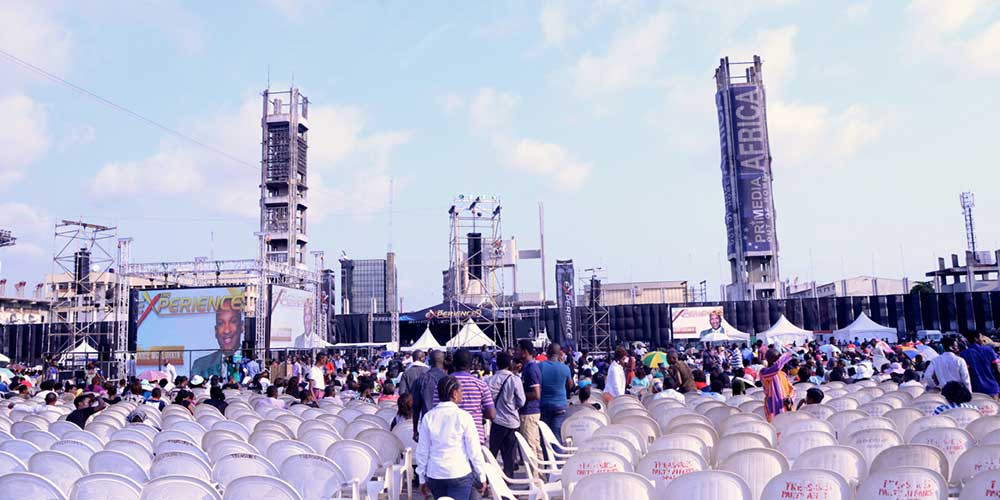 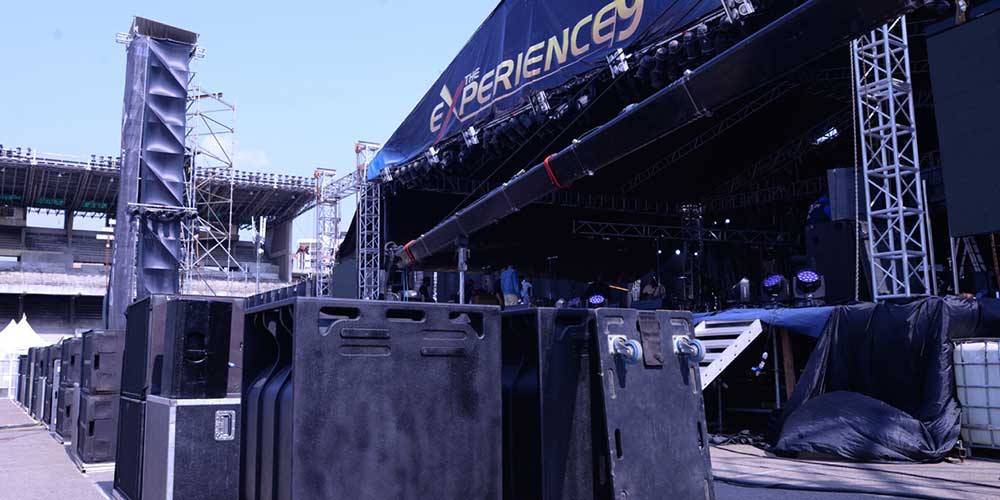 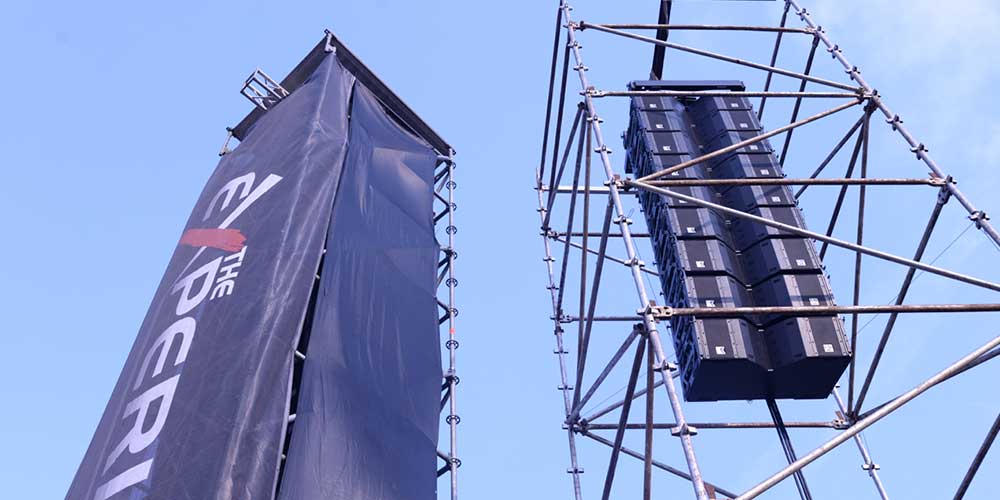 Eighteen more GTO C-12 elements were selected to provide the necessary coverage width for audience areas near the side of the stage, and thirty-two Butterfly were fielded as delay units. Eight DVS 12 two-way compact enclosures filled in the nearfield, and two Doppias combined with four Subtech 218 handled sidefill chores perfectly on the big stage. The whole system was powered by Outline T-Series amplifiers. 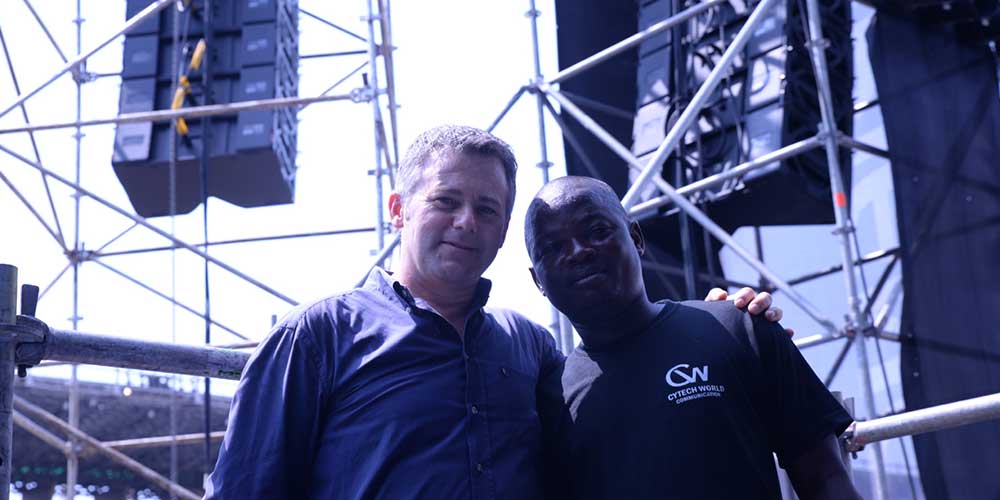 Carlo Gennaro (System Engineer) with the head of CWC staff

Cyril Utomoibor, owner and managing director of Cytech World Communication, says: “As a Nigerian, this has always been a very important event for me, and the fact that they confirmed us for the second consecutive year means we did out job well. The audio team pulled out all the stops to take care of every detail and, at the end of the day, I really must say that the sound was incredible. The C-12 simply outperformed all the other systems used at previous editions. The SPL and clarity were wonderful, in spite of the fact that Tafawa-Balewa Square measures 280 metres by 200. My client, Pastor Paul Adefarasin, was in fact amazed and extremely pleased, and I’m looking forward to the next great show.”

“This is a project I’m particularly proud of”, adds the event’s system engineer Carlo Gennaro, who was also reconfirmed for the second time at The Experience.

“Due to the vast area and the size of the crowd, achieving the best possible results in terms of coverage was fundamental, to enable everyone to enjoy the show, no matter where they were watching it from. With very little time at our disposal on-site, we used Openarray 3D acoustic simulation software to ‘outline’ our strategy, and the result was really gratifying. For the record, on the FOH platform, at 40 metres from the rig, we had an undistorted SPL of 110 dB. Pure pleasure!”