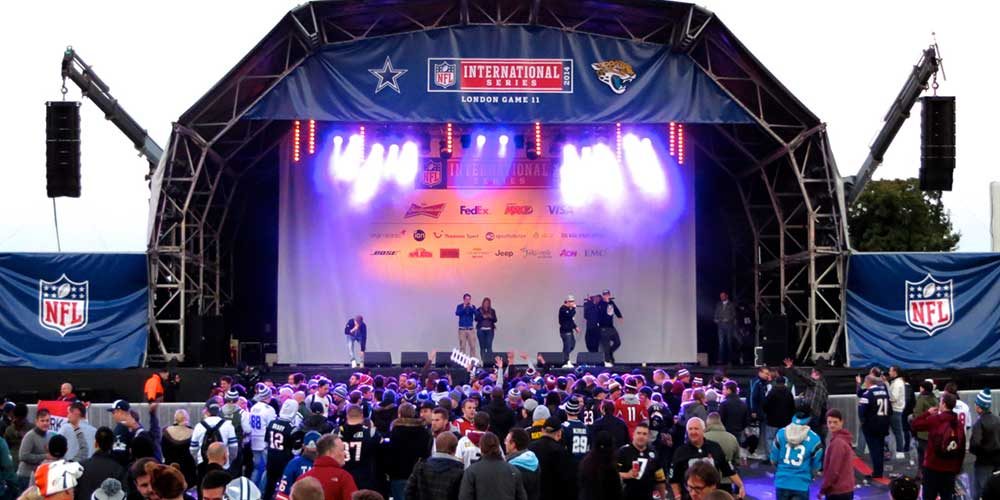 London, November 2014 — Outline is again at Wembley Stadium for the NFL International Series. Three matches were held at London Wembley Stadium, featuring the Miami Dolphins vs the Oakland Raiders, the Dolphins winning 38-14, the Atlanta Falcons vs the Detroit Lions, won in the last minute by the Lions 22-21, and the Jacksonville Jaguars vs the Dallas Cowboys, won by the Cowboys 30-17. 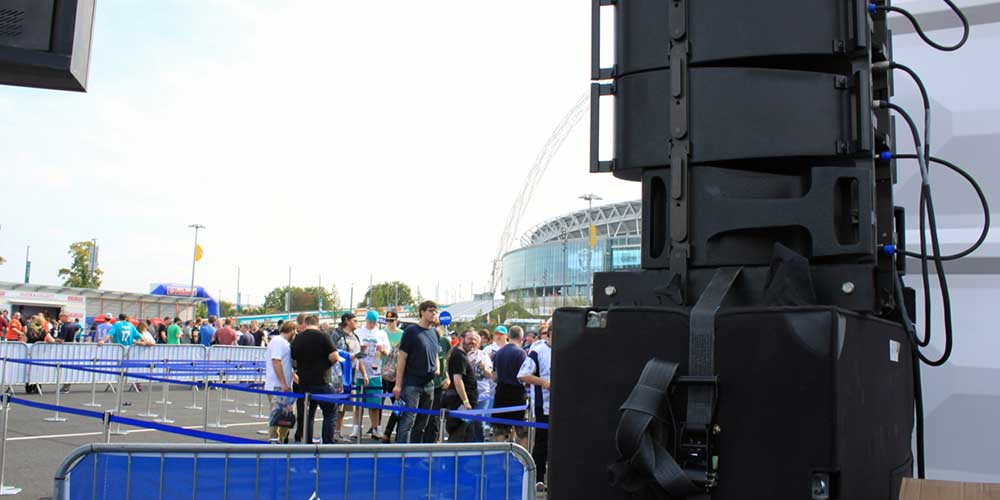 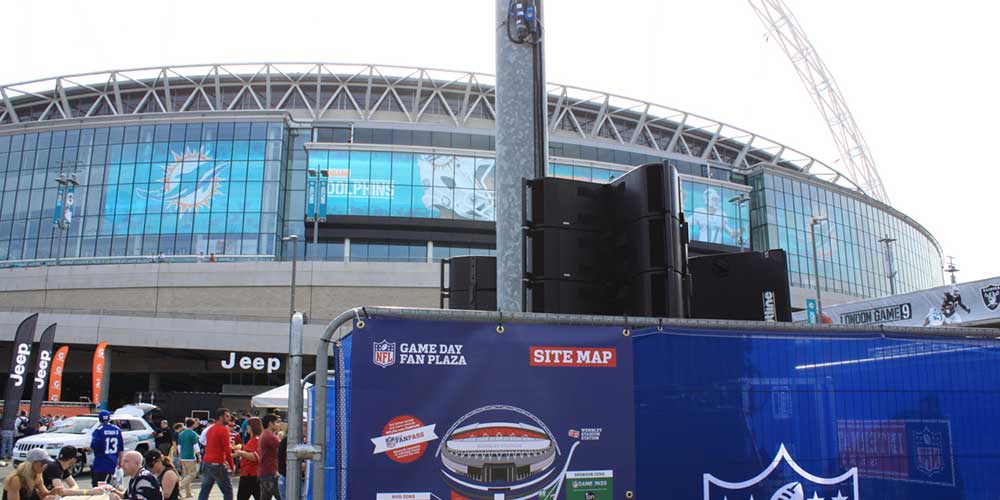 Each game had sold out Wembley’s 90,000-seat capacity, fans had the opportunity of being entertained by the Main Stage, Merchandising, Tailgate, Game Pass and VIP areas during the pre-game build up.

The final game of the year, the Jacksonville Jaguars vs the Dallas Cowboys, saw a large mobile Orbit Stage built and performances used Butterfly, Mantas and DVS 118 SW subs to full effect.

Featuring bands and cheerleader performances as well as Q&A sessions by NFL greats, Outline ensured that no matter what was on the stage, the entire site could hear the provided entertainment.

Lawrence Marchington, Managing Director of Robert Lawrence EPR said: “The NFL is one of the world’s biggest brands, and NFL games are followed all over the world. The international series at Wembley is a growing project that we are proud to be involved in. The versatility of Outline Audio’s range makes distributing different sound requirements to different areas easier.”