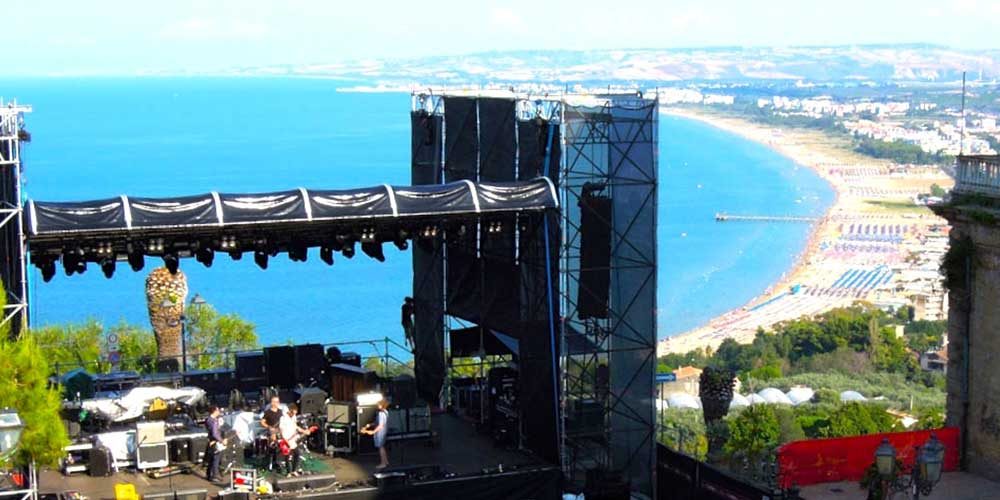 In spite of the overall critical economic period, a courageous organizer (Rome’s DNA Concerti) decided to launch a brand-new Festival in a small picturesque town on the Abruzzo Adriatic coast in Italy, with a line-up up to the standards of Europe’s established summer events (sirenfest.com/en).

As well as swimming, aperitifs on the beach at sunset, delicious local cuisine, and screenings of films and music-themed documentaries, music fans at the Siren Festival (July 24-27) were therefore also able to attend countless DJ sets and concerts by numerous Italian bands and headliners of the calibre of The Drones, Dry The River, John Grant, Mogwai, The National and Alexis Taylor. 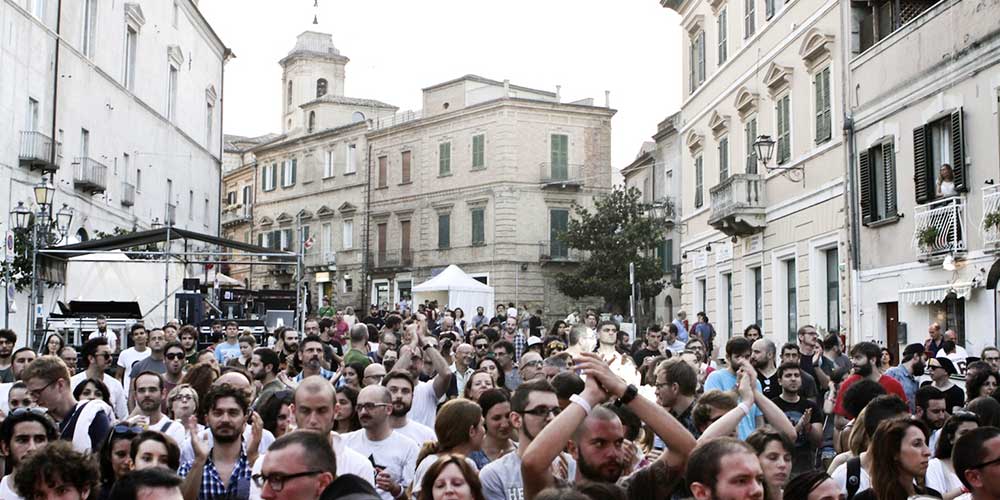 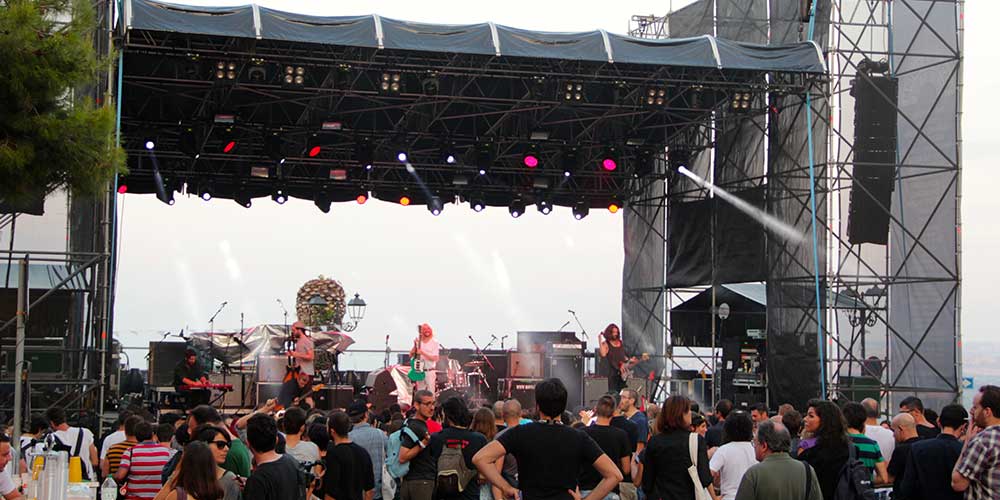 Audio contractor for the event was Blackout, who also supplied the lighting and video, and company owner Gaetano Lombardi, comments: “We worked for months on ensuring the success of the festival, which involved approximately forty bands from Italy and abroad, so meeting everybody’s requirements was no easy job.”

The sound systems increased in size from the Outline DVS enclosures installed for the small stages at the Palazzo d’Avalos gardens and Rotonda Viale Dalmazia, through the Arena delle Grazie, where bands had at their disposal 6+6 Outline Mantas and two DBS 18-2 subs, to the courtyard of the 16th century Palazzo d’Avalos, which was equipped with two main hangs of twelve Mantas systems and six DBS 18-2 subwoofers.

The town square (Piazza del Popolo) hosted the main stage, which featured a wide variety of genres: Australia’s award-winning Drones with their fusion of classical methods and blues-rock guitars and drums; the dynamic alternative rock of East London’s Dry the River; the unmistakable baritone voice of US singer/songwriter and former lead vocalist of The Czars, John Grant; the latest chapter in the post-rock story written by Scottish quintet Mogwai, which began with the Glasgow group’s debut album “Young Team” seventeen years ago; the intelligent indie rock of Ohio’s The National, whose 2013 album was nominated in the 2014 Grammys for Best Alternative Album, and the abstract sound experiments alongside simple but catchy structurally melodic songs by Londoner Alexis Taylor, co-founder of dance-pop group Hot Chip. 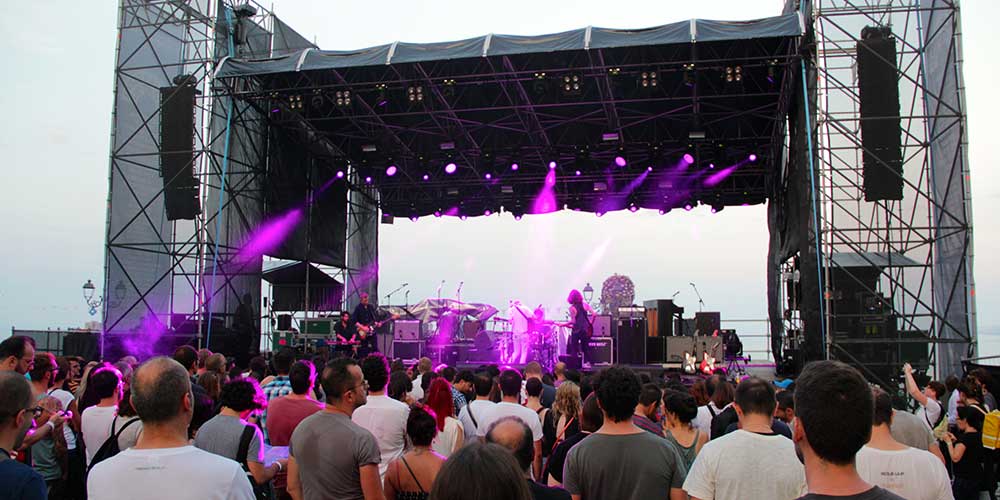 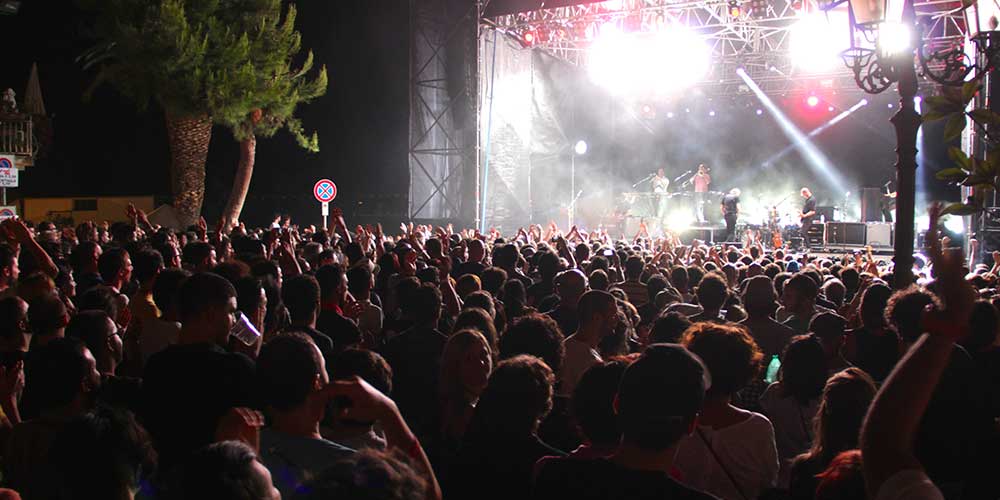 Kenny MacLeod, Production Manager and FOH Engineer for Mogwai, stated: “The Outline Line Array was very nice to work with, the crossover between the main array and the subs was pretty smooth and the main array had excellent coverage with minimal comb filtering as I moved across the axis. The HF was very pleasant and in no way did it sound harsh, even though it was very hi-fi and had a very musical presence to it.”

After the event, Lombardi stressed his satisfaction, “We proposed our rigs with Outline PAs and monitors and the various sound engineers’ enthusiastic response was confirmed during the event, at which we good numerous positive comments from the ‘users’ – as always, the Outline brand is an international guarantee of quality!“