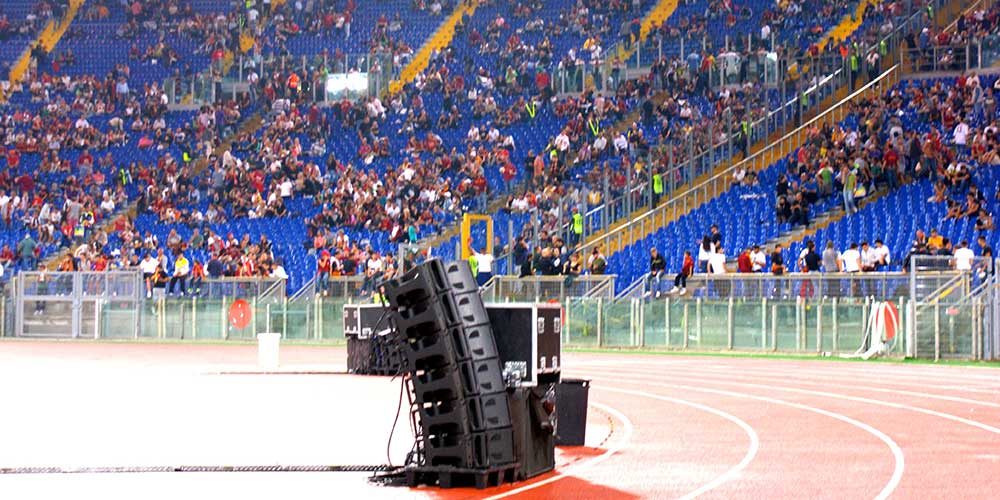 As part of a deal signed with Rome’s AS Roma soccer club, with which top Italian FM broadcaster Radio Italia became official partner of the club (it also has similar agreements with Inter, Milan and Italy’s national soccer team), the radio station recently took delivery of 72 Outline Mantas speaker systems by Italian manufacturer Outline, to be used for pre-match entertainment at the clubs home pitch, the Eternal City’s Olimpico stadium.

The set-up comprises thirteen stacks, eleven of which have six Mantas vertical line array elements, an Outline DBS18-2 sub and a rack with two of the Brescia company’s T5 power amps, while the other two have three Mantas and a sub.

Installed round the perimeter of the pitch prior to matches, four large stacks are deployed in front of each of the two main stands (Monte Mario and Tevere) and two cover each of the two curves (north and south), with one of the small stacks mid-way between them, in correspondence to the pitch’s two huge video screens.

With the exception of the curves’ speakers, occasionally moved to meet specific events’ requirements (such as rugby matches, which have a slightly larger pitch), the rig, manned by distributor and technical service company Mods Art of Chieti, is almost always the same. 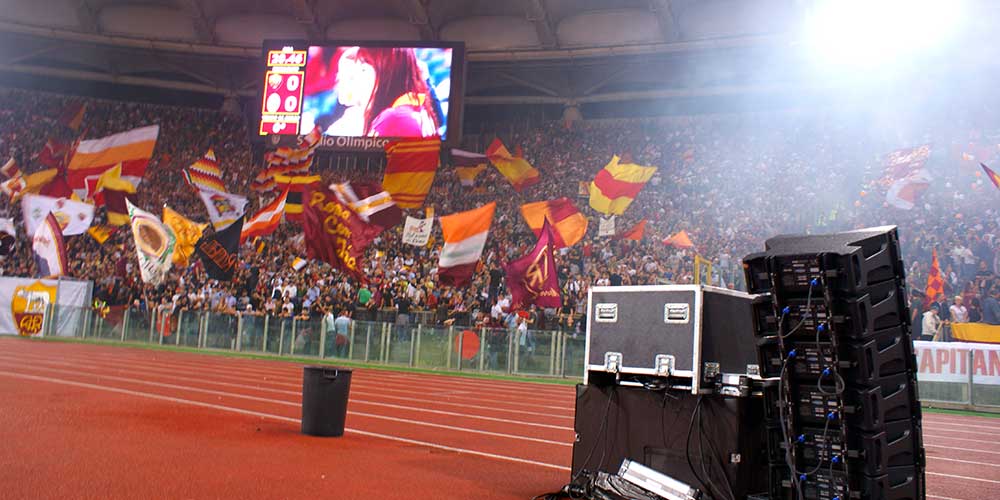 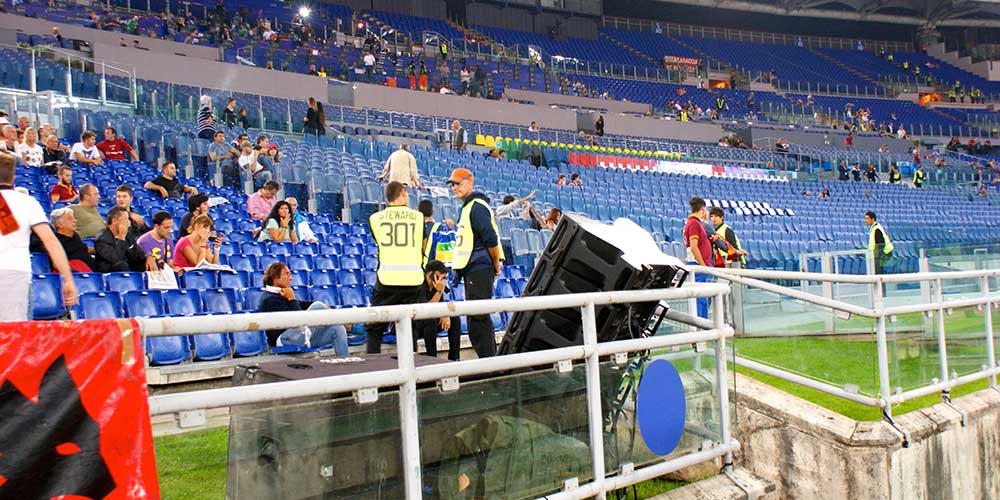 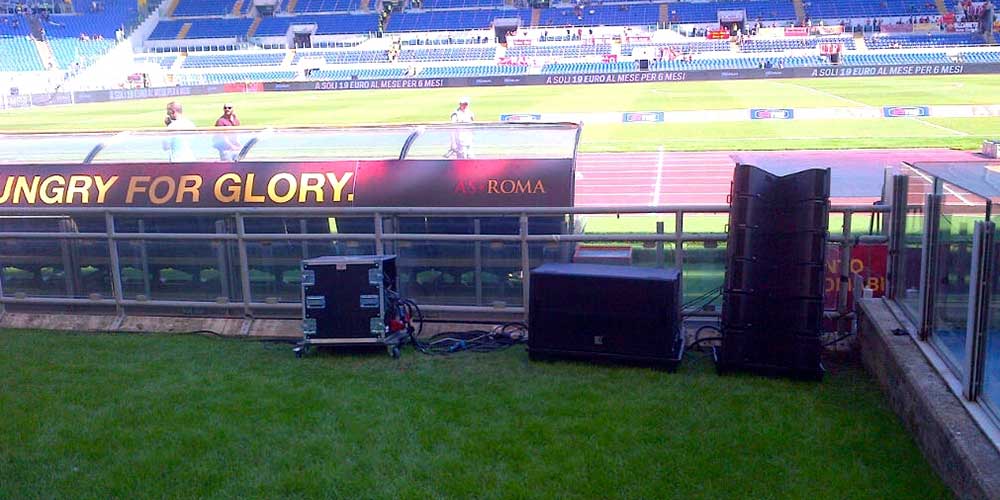 Radio Italia’s Low Frequency audio manager Matteo Celentano, explains, “As well as supplying the sound reinforcement used for entertainment before matches, which features an all-Italian playlist and the teams’ ‘anthems’, we are responsible for all the artistic aspects of pre-game activity.”

Bearing in mind the type of activity for which the Outline sound reinforcement was to be used, Celentano interacted on the system’s design and installation with Outline technical support specialist Francesco Ferretti, and added, “We’ve had a very satisfactorily working relationship with Outline for several years, already used several Mantas systems, as well as the manufacturer’s H.A.R.D. monitors in our Cologno Monzese auditorium.”

The Olimpico is Italy’s second largest soccer stadium with a 70,634 capacity, so to ensure optimum sonic results, the Mods Art team imported a 3D design of the arena into Outline’s Open Array software and ran a series of tests to find the most suitable configuration and ensure compliance with management restrictions on enclosure positioning, to safeguard spectators’ sightlines.

Mods Art’s Luigi Lombardi opined: “The software is extremely accurate, so after finding the best configuration, we just had to put it into practice.”

As well as music and comments by the MC (Roma’s official speaker, Matteo Vespasiani, also host of the club’s own FM radio channel), the Outline system also reinforces the audio of all the video content screened at the stadium.

Explaining that Radio Italia always wants its music to be heard well by listeners, Celentano concludes, “We’re very satisfied with the results achieved – timbre and intelligibility are better than other systems I’ve heard at the venue.”