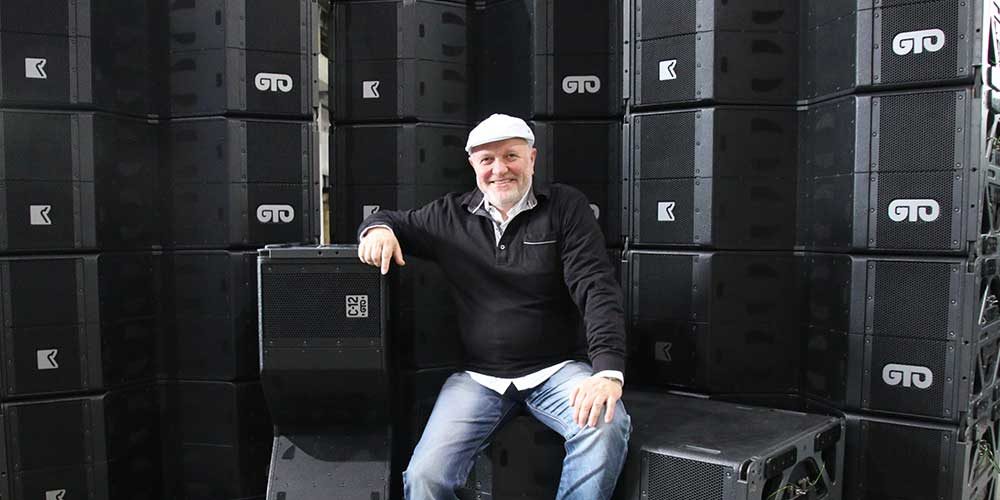 Founded in 1993 by owner Jurek Taborowski, Gigant Sound Letus are a dominant force not only in Polish rock, pop and classical productions but also work throughout eastern Europe and as far afield as the US. Their full-time staff of over thirty also handles extensive domestic television projects and their international clients include Ricky Martin, Sir Elton John, The Prodigy, Jennifer Lopez, Joe Cocker, José Carreras and others.

Taborowski’s purchase followed a period of intensive research and evaluation of several loudspeaker technologies in which Outline’s GTO concept proved a clear winner. He remarked, ‘For us it was all about the uncompromising audio performance of the GTO family of products. We worked with Outline’s engineers to create new presets for the DSP control in our amplifiers and that helped to create a system that is more efficient, more transparent and with greater dynamics. When combined with GTO’s unique resistance to cross winds, these key points convinced me to buy the system’.

He continued, ‘We now have a large enough Outline GTO inventory to handle the largest outdoor events in this region without difficulty, but being able to create integrated systems to suit almost all our work from within a single product family gives us a huge operational advantage’.

The exact numbers of loudspeaker modules purchased – 48 GTO, 32 GTO C-12, 64 DBS 18-2 subwoofers plus 12 flying frames (including the new lightweight FRM-GTO-LW which significantly reduces the flown weight of GTO hangs) – allows the total inventory to be split into eight identical subsidiary systems. Each of these, comprising six GTO, four GTO C-12 and eight subwoofers, is powerful enough to handle a range of events with ease but requires little truck space and can also be flown or ground-stacked as necessary.

Outline CEO Giorgio Biffi said, ‘Jurek’s clever and forward-thinking approach to buying his GTO inventory validates our whole ‘product family’ concept. A totally integrated system like our GTO definitely enhances the efficiency and profitability of production companies by allowing them the flexibility to use as much or as little equipment as they need for the occasion. We’re also thrilled that Jurek chose us as his loudspeaker partners especially when one considers the quality of the products he rejected – it’s great to have him in the family!’​