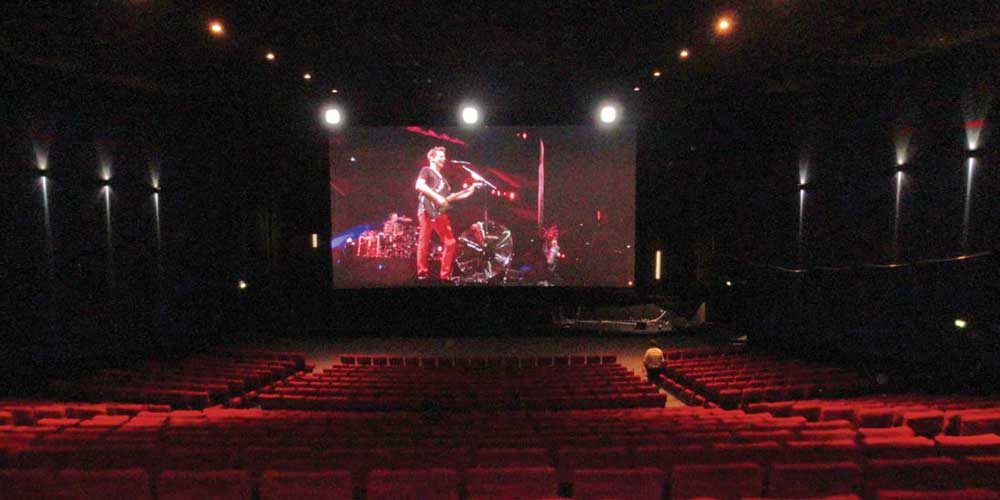 Before a general 2k screening in 200 italian cinemas and 700 worldwide a week later, a preview 4k screening of muse live at Rome Olympic Stadium (a concert before 60,000 fans recorded in ultra-hd in july) was previewed in just twenty cities worldwide. 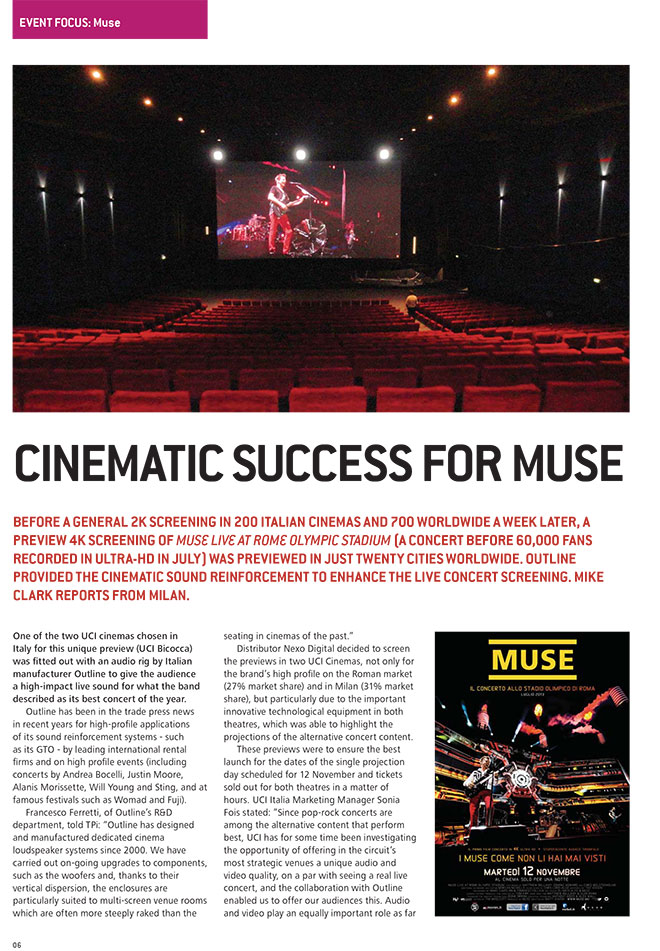